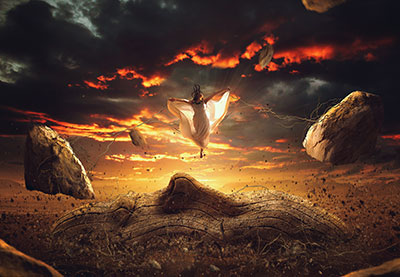 In this lesson, we will set up our document and start to build up our image, starting with the background.