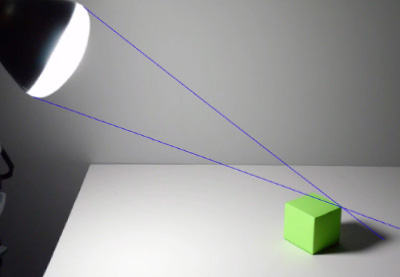 In this lesson we will explore techniques for creating realistic cast shadows in Photoshop for a complex object and multiple light sources.