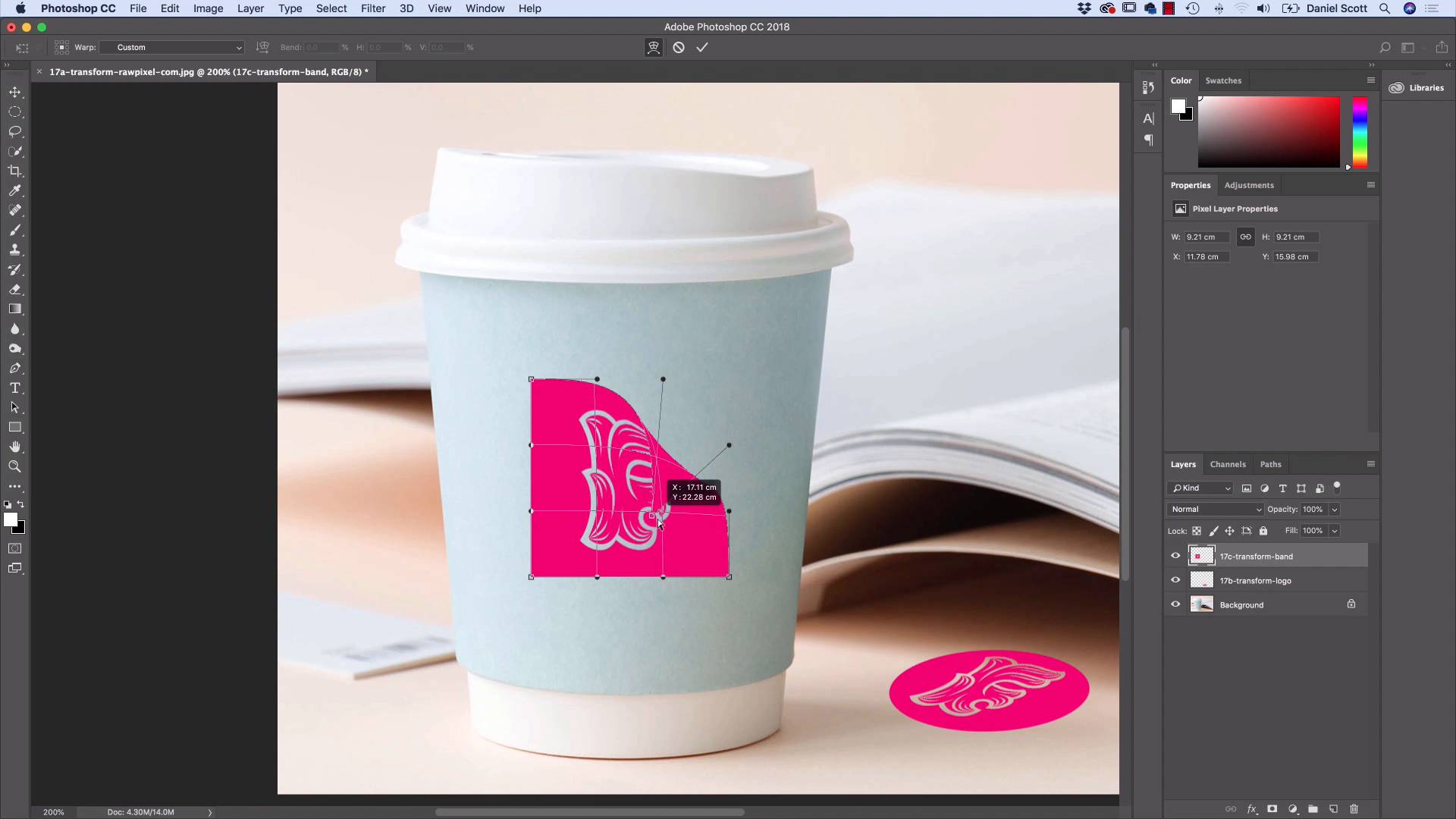 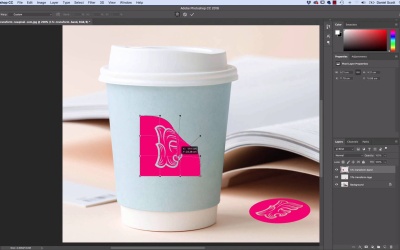 This lesson will allow us to bend, warp, and resize our layers. These transformations will give us tools to reshape and reimagine our images. You'll learn how to warp a layer in Photoshop, how to resize a layer in Photoshop, and more. In addition to simple transformations, we will learn how to mock up a logo and make it look as if it's part of a real image.