How to Use Drop Shadows in Photoshop

To get an idea of what's possible, check out these Photoshop Drop Shadow actions available on Envato Market.

What Are Drop Shadows Used For?

The traditional use for a drop shadow is to simulate 3D depth in a 2D image. This is done by creating an offset shadow behind an object to indicate that the object is hovering above the background in 3D space.

Below you will see an example of how a drop shadow can indicate how big the light source is and where it is coming from, as well as how far away an object is from the background. By changing only the settings of the shadow, you can dramatically change the look of an image.

The Drop Shadow Dialog Box is a good place to start for beginners because the settings are pretty basic and will give you an overall feel of how to use the rest of the effects as well. A subtle drop shadow is also one of the best effects to give your design a little pick-me-up.

The Blend Mode allows you to set the blending mode for your shadow. Typically you will want this to be Multiply or Linear Burn, so that your shadow darkens the layer that is behind it.

This is also where you set the color of your shadow by clicking the color block next to the Blend Mode dropdown menu. By default, the shadow color will be black, but you can add a tint of color or even try something outrageous to get special effects.

In the following example, you can see that simply by changing the opacity from 25% to 60%, the shadow becomes much more prominent.

The recommended setting is "checked" for most cases, because we want to have a uniform light source for the most cohesive-looking effect.

In the following example, changing the angle of the light source changes the way in which the shadow falls, and since "Use Global Light" is checked, it also changed the light angle for the Bevel and Emboss effect as well.

In the following example, increasing the distance gives the effect that the text on the left is hovering just above the background while the text on the right is farther away.

The Spread slider changes the falloff of the shadow in a linear fashion, or in other words, how gradually it fades out at the edges.

For a typical drop shadow, you will normally want to leave this at 0%, but for harder shadows you should increase it, and for shadows with hard edges or even extra strokes you can set it all the way to 100%.

In the following example, increasing the spread percentage changes the falloff of the shadow so that it stays darker longer as it fades out at the edge.

The Size slider changes the apparent size of the shadow. When it is set to 0, the shadow is exactly the same size as the shape of the object. As you increase the size, the shadow grows in 1 pixel increments.

The Contour shapes allow you to change the falloff of the shadow in a non-linear fashion. By choosing different curve profiles, you can get the shadow to fade out in different ways.

The only time this is really useful is when you are trying to achieve special glow or abstract effects.

In addition, the "Anti-aliased" checkbox allows you to improve the quality of the shadow falloff with a very slight drop in performance. The performance decrease is negligible, so we recommend always keeping the box checked.

In the following example, changing the Contour shape to an inverted "U" results in an odd-looking "halo" shadow effect.

The Noise slider is a useful tool to give your shadow a gritty feel. If you are creating a style that is going to resemble dirt or concrete, adding some noise can help the overall effect. For a totally smooth shadow, leave it at 0%.

In the following example, setting the noise to only 15% gives us a pretty substantial amount of grit in the shadow. A good range to use is 0%-25%, as going higher than 25% can often result in a very unnatural look.

What in the world does "Layer Knocks Out Drop Shadow" mean? It is simple once you understand the concept, but can be tricky for beginners because it only applies in certain situations. Luckily, this setting is almost always better left checked.

How to Save and Load the Default Settings

By clicking "Reset to Default", Photoshop will then load whatever settings were last saved. This allows you to experiment and simply reload custom default settings if you want to start over.

And if you want some more sophisticated shadow styles, Envato Elements offers a range of Photoshop kits and actions that create realistic shadows for you automatically.

Bring your shadow game to the next level using this amazing Photoshop kit that allows you to create, customize and apply incredibly natural-looking shadows in a matter of seconds.

When it comes to Photoshop actions, this smart shadow one is probably one of my all-time favorites since it allows you to add a great-looking drop shadow to any given text, shape, or smart object.

Just started out using Adobe Photoshop and feel like learning more besides how to create a drop shadow in Photoshop? You can also learn every aspect of how to use Photoshop in our free beginners' course.

Or you can try one of these excellent Photoshop tutorials: 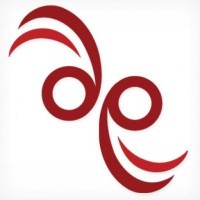 John Shaver
John Shaver is co-founder of MyDesignDeals.com and creator of DesignPanoply.com. For more design goodness, you can download an epic design freebie bundle at MyDesignDeals, where you can get over 190 premium resources for free. Or visit Design Panoply for tips, tutorials, and awesome design resources.
Weekly email summary