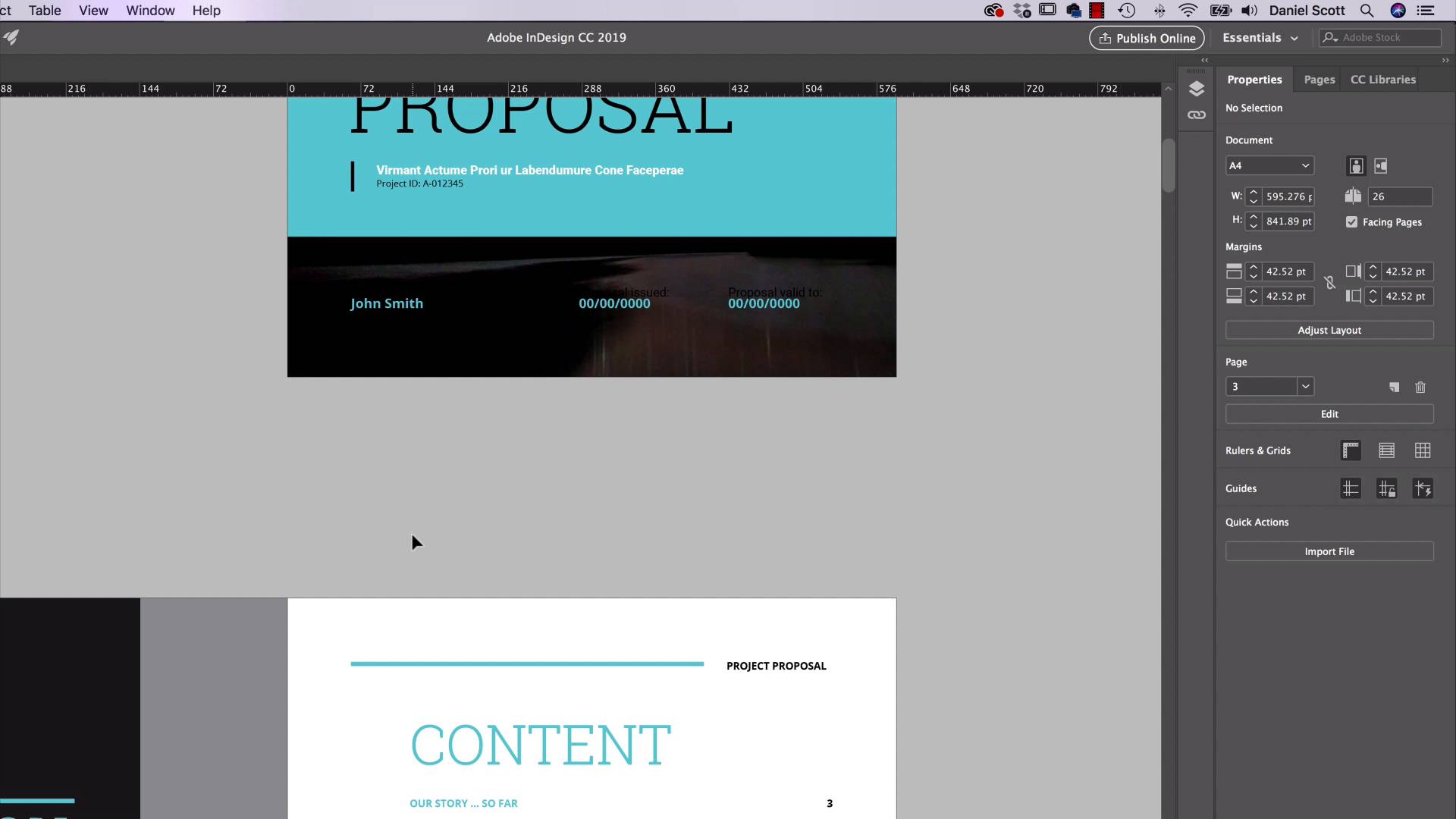 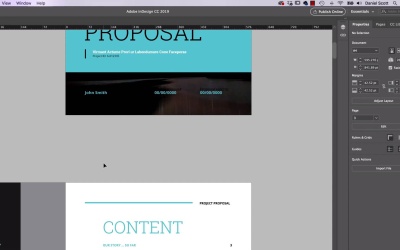 8.1 How to Use InDesign Templates

8.1 How to Use InDesign Templates

Hi there, this video is all about using templates. So you're new to InDesign, but you're new to design in general, and you're like, man, this is quite hard. I wish there was some pre-made templates that I could start with and customize. That is an amazing way to get started, and I'll show you a couple of places to find them. So within InDesign, when you go to either File &gt; New &gt; Document, or click on this New document, there are some templates built into InDesign. So if you go to Print, and these are kind of presets for the standard blank pages, but underneath there is one called Templates. So say you like this one here. You're like, that could work for me. If you click on it and you hit Download, it'll take a little while, but it will download a template ready to go with the fonts and colors, okay? The thing that it won't have is the images, okay? You'll have to replace it with the images. I'll show you what I mean, so this business proposal layout. It's got a little blue tick next to it on my version, cuz I've already downloaded it. So I click on it once, hit Download. Once it's downloaded, click Open, and it'll open up like this. Now, when you first open up a template from Adobe, it'll ask you to sync the fonts, you click Yes, and it'll be fine. What you'll notice is that they put these big gray frames in here to represent where the image was meant to be. So if we have a look, File &gt; New &gt; Document, you kinda get a sense of what they were gonna do with it. You can hit Preview and it will show you, you're like, yeah. And you download it and it's like, [SOUND] let's cancel that, okay? You download it and you're like, doesn't look as pretty, okay? A couple of things, W key gets rid of all the working, and just work between that preview and this, to go through and start adding your own images. So this gray box here, with it selected, Import File. Let's go to our Exercise Files. Grab another one of Phil's images, click Open. And then we're gonna hit Fit into the frame, and we're there. You have to switch out for your company logo and your addresses, but you can see how templates are a great way to get started. One of the cool things about Envato is that they have Envato Elements. We looked at Envato Elements earlier on when we looked at images, remember royalty free images? Okay, so as part of that $15 a month, you can actually go to the website, and it's part of Elements, let's have a look, let's look at brochure. Okay, I just search for brochure, and you're got photos, but also these templates. If I click on See More, I get a huge variety, one's built in to the InDesign, there's a couple there, not that many. But on Envato there are hundreds. Okay, so you can go through, you pick one, you click Download. It's all part of the same subscription you're paying for the images. And when it downloads, it's much the same as that first template we looked at, I'll show you one. So I've downloaded and unzipped the download. Okay, I downloaded this version here inside of it. They've given you some cool things like a PDF, I can click on PDF and double-click it open it. So that's what it could look like. Just like the other one from InDesign, though, when you actually open up the InDesign file, can you see, they've actually given you InDesign files, so good. Try the INDD. Okay, and if it says, hey, you need a newer version of InDesign, which one do you open up? That one there, okay, IDML. Okay, so we're gonna open up the INDD. It's gonna have a missing font. And you can see what we did in the last video, okay? To go through and fix missing fonts and missing images, okay? But in this case we're gonna ignore that for the moment and hit Close. And this is the way you can get started with the template. W key on, W key off, okay. You can just go through select term, import file, you're gonna start adjusting it, picking new colors, okay? Templates are just a great way. I don't know, especially when you're new to design, to kind of get a feel for it. Get a lot of the structure in InDesign, like standing on the shoulders of giants, I like to think. All right, so that's the templates. We've looked at brochures, there's templates, everything. Stationery, business cards, go check it out either with the File &gt; New option, the limited amount in there, or the unlimited amount from Envato Elements. All right, I will see you in the next video where we wrap up! The end. I'll see you there.