Sans serif fonts are becoming more popular, with many high-profile companies using them in their logos and branding. So check out this guide to learn what sans serif fonts are and when to use them. We'll also show you some great examples that you can download and start using.

What Is a Sans Serif Font?

Let's start with some simple questions: what does sans serif mean? And what is the difference between serif and non serif fonts?

"Sans serif" simply means a font without serifs (sans means "without" in French). Serifs are those little strokes or "feet" that you see at the end of each letter in fonts like Times New Roman.

In the example below, you can see that Helvetica is a sans serif font because it doesn't have any serifs.

That's a basic definition. We'll go into more detail later in this guide, looking at a list of sans serif font examples and talking about the advantages of using fonts without serifs.

If you want to learn more about the difference between serif and non serif fonts, watch this video:

With sans-serif fonts becoming more popular, it pays to know what they are and how to use them. In this quick video, you'll learn how to tell the difference between a serif font and a non serif typeface. 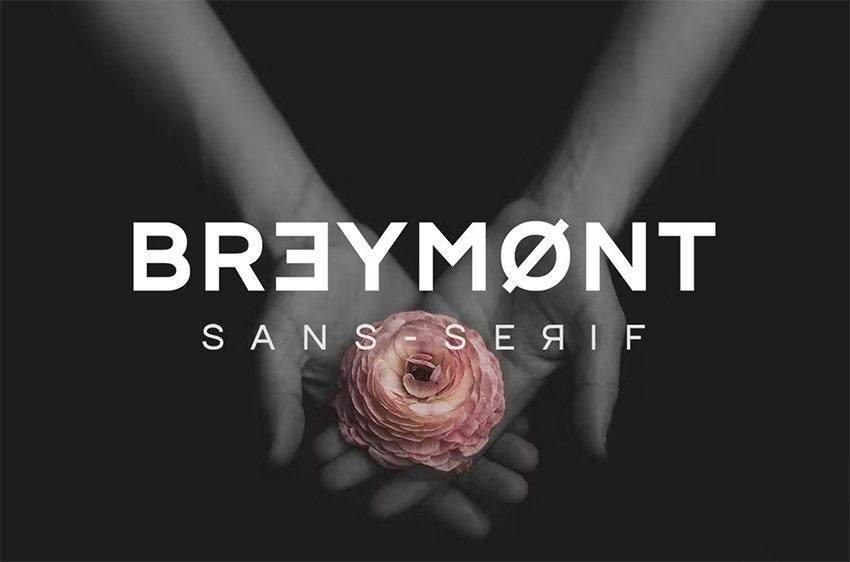 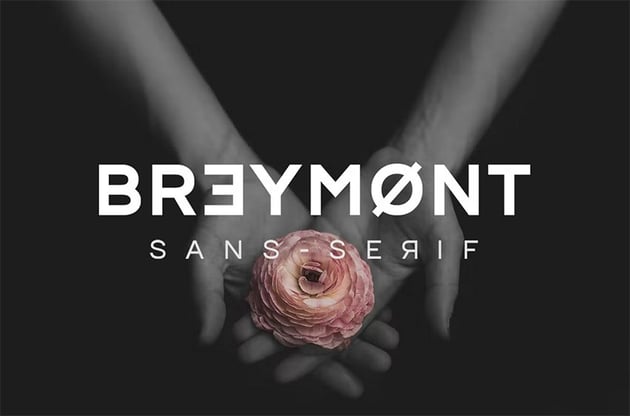 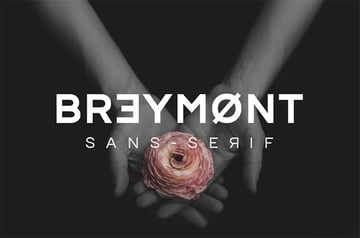 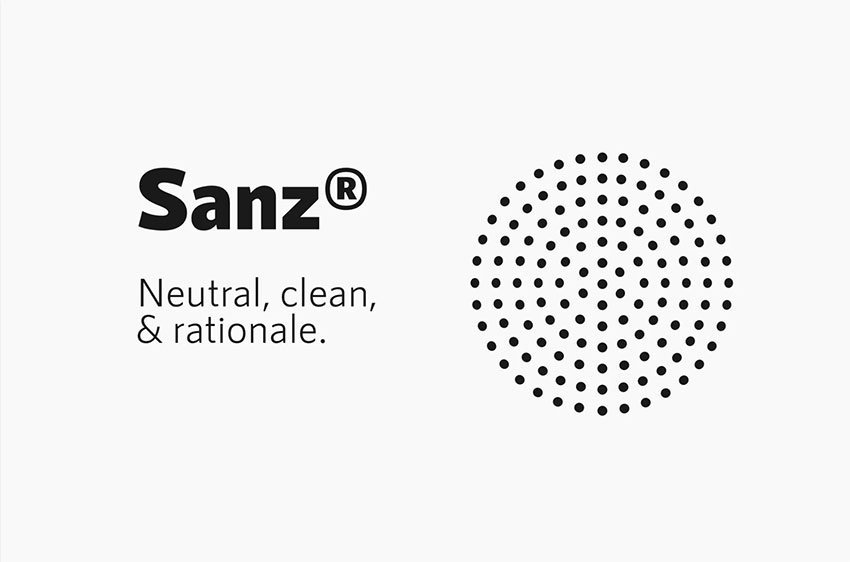 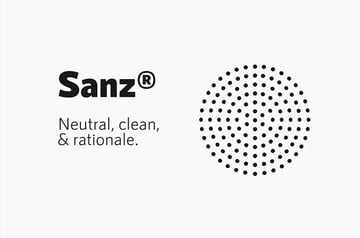 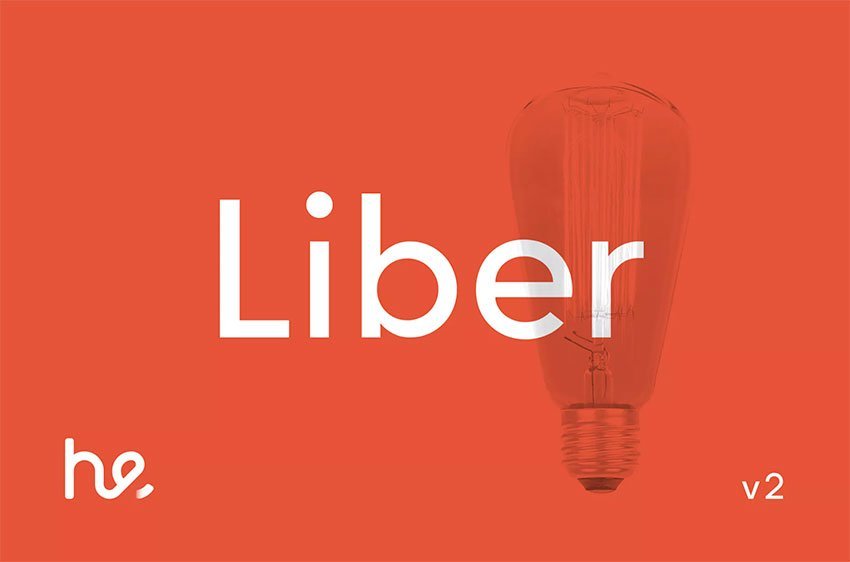 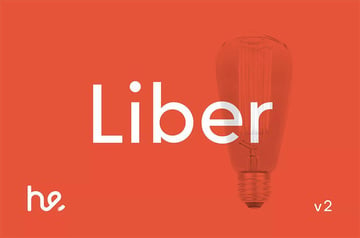 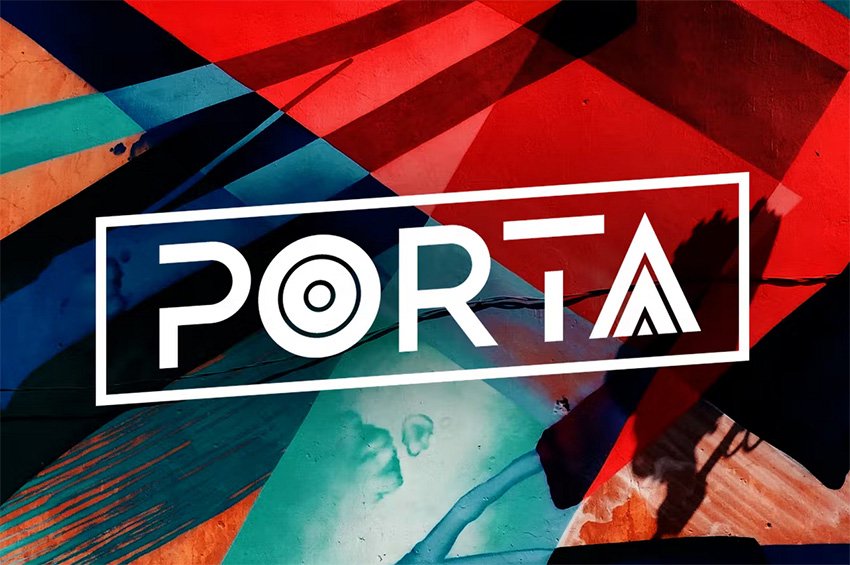 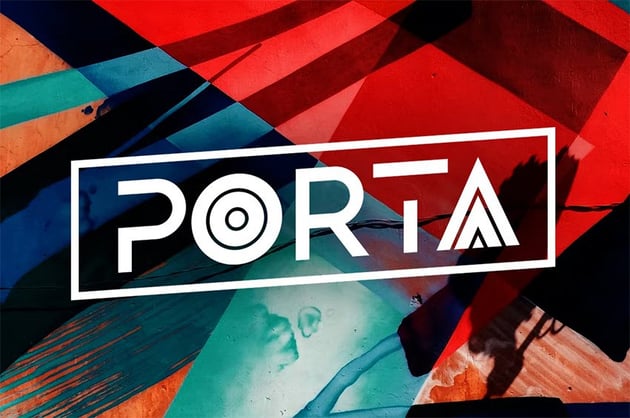 Discover more about serif and sans-serif fonts in these articles:

Why Use a Sans Serif Font?

So why would you want to use a font where the letters do not have serifs? What kind of impression does it give? We'll answer those questions in this section, as well as giving some examples of sans serif font styles in use.

Here are some great reasons to use a non serif typeface:

If minimalism is your thing, then a good, clean sans serif is just the ticket. Check out this professional brochure template, for example, which uses a sans serif typeface throughout.

Sans serif fonts are very versatile—you can use them for body text, but they can also make great display fonts to use for headlines where you want maximum impact. Check out this sale voucher, for example—that sans serif headline stands out so clearly!

3. For a Creative, Contemporary Vibe

Whereas serif fonts tend to look traditional, a contemporary sans serif font can give your projects a fresh, creative look. See how this art exhibition flyer uses a whimsical sans serif to give the event a fresh, trendy vibe.

4. In Combination With a Serif

Is Helvetica sans serif? Why are designer sans serif fonts so popular these days? Learn the answers to these questions and more in this video charting the rise in popularity of fonts without serifs:

As we mentioned earlier, sans serif fonts come in a variety of different styles. Generally, they're split into four different types:

In this section, we'll look at these four different types of sans serif fonts and explain the differences between them.

Grotesque fonts first became popular in the early 20th Century. Common features include a slight contrast between the thin and thick strokes, and a ‘bowl and loop’ on the lowercase "g". Although it's an older style of sans serif, you can find plenty of contemporary sans serif fonts in the grotesque style. Here are a few examples:

Neo-grotesque fonts are a refined version of grotesque fonts, with even more decoration stripped away to leave a very plain, clean, minimalist typeface. Some of the most popular sans serif fonts, like Helvetica and Arial, belong in this category. Here are some more beautiful examples:

As the name suggests, geometric typefaces are strongly influenced by geometry. Think straight lines, perfectly circular bowls, and a uniform stroke thickness and optically circular bowls. Geometric fonts can be very stylish and high-impact, but they're not always ideal for long-form body copy. Futura is a geometric font, and here are some more examples:

Humanist fonts have a more organic feel than some of the other types of sans-serif typefaces. They're also highly legible, making them a good choice for body text as well as headlines. Popular fonts like Gill Sans, Open Sans, and Verdana are all humanist typefaces. Also check out this list:

If you want to learn more about typeface classification, watch these two free courses:

Knowing when and how to use a specific typeface can mean the difference between good and bad design. But how do we know which one to use and when? This is what you’ll learn in this introduction to typeface styles.

When to Use Each Font Type (and When Not)!

Building a good font collection is like having a closet. You need to have a range of different font types and to know how and when to use them. In this video, you'll learn about the different types of fonts and when to use each one.

What font is sans serif? For example, is Arial a sans serif font? You bet it is! Arial is one of the most common sans serif fonts out there, and we'll look at some others like it in this section, including Helvetica, Calibri, Century Gothic, and more.

Let's start with one of the most famous sans serifs of them all: Helvetica. You'll see it everywhere—as you'll see in the video below, one New Yorker tried to go a day without seeing Helvetica and found it surprisingly difficult!

Read our article to learn everything you wanted to know about Helvetica, or check out this roundup for some great alternatives:

Calibri became popular in the late 2000s, when it replaced Arial and Times New Roman as the default font in widely used Microsoft apps. If you're wondering, "Is Calibri a sans serif font," the answer is yes.

If you want a similar look to Calibri, but without looking as if you just fired up Microsoft Word, here are some great options:

Eurostile's squarish shapes and rounded corners give it a distinctive appeal, and its sci-fi vibe comes from being used in popular movies like Back to the Future and 2001: A Space Odyssey.

Learn more about Eurostile in this article:

If there's one font that defines the typography of the internet, it's Open Sans. It's very legible even on small screens, and it's quite plain and neutral yet with a touch of personality.

Here are some great Open Sans alternatives for your web design projects:

When you're talking about common sans serif fonts, you can't leave out Arial. It's very similar to Helvetica, but with a slightly more humanist style. The curves are fuller and softer, and the end terminals and strokes are cut on a diagonal.

Learn more about Arial and discover some great fonts that share similar features:

If you're wondering, "Is Century Gothic a sans serif font?", wonder no more. Century Gothic is a classic geometric sans-serif typeface that's often used on movie posters and for TV shows. With its mix of a high x-height and a steady weight, it's very easy to read both in print and on screen. Find out more about Century Gothic and discover some great alternatives to it in this article:

Of course, there are plenty more classic sans serif fonts out there. The good news is that we've got articles on loads of them. Here are some more to check out:

We've covered a lot of great sans serif font samples in this article, but there are still plenty more out there. Whether you want cute sans serif fonts, designer sans serif fonts or something else altogether, you can find what you need. For example, here's a selection of six of the most popular sans-serif fonts on Envato Elements:

6,000+ Sans Serif Fonts
FontsTypography
Did you find this post useful?
Yes No
Would you like to provide feedback (optional)?
Cancel Submit
Want a weekly email summary?
Subscribe below and we’ll send you a weekly email summary of all new Design & Illustration tutorials. Never miss out on learning about the next big thing.
Sign up