Affinity Photo vs. Photoshop: Battle of the Photo Manipulation Software

There's one question every digital artist has asked themselves at least once in the last few years: Affinity Photo vs. Photoshop, is one better than the other? Which one should I be using? And can I really make the switch after years of using Photoshop? In this Affinity Photo review, we have some questions to answer.

But no matter what you're preferred software is, Envato Elements has you covered. Unlimited graphics, photos, and fonts. Plenty of cross-compatible resources, all with simple commercial licensing!

Interested in video tutorials instead? The Envato Tuts+ YouTube channel has you covered. There you can watch this new video I made comparing Affinity Photo vs. Photoshop:

What Is Affinity Photo?

Serif's Affinity Photo is arguably one of the first photo editing programs that was really able to go toe to toe with Adobe Photoshop. Let's take a closer look at Affinity Photo as a whole, starting with the price.

Affinity Photo will run you a one-time payment of 50 USD at full price (as of date of publish). I do want to mention that they sometimes have 50% off sales, bringing that price down to just 25 USD.

What Platforms Is Affinity Photo On?

It's available on both Mac and Windows. Sorry to any Linux users; you've been left out.

When it comes to Affinity Photo vs. Photoshop iPad apps, Affinity Photo definitely wins. Affinity Photo has a fully featured app for the iPad. You have to buy it separately, but it's a one-time payment and is also known to go on sale.

Who's It For, and What Can Affinity Photo Do?

If you're wondering if Affinity photo editing is right for you, it probably is as far as the "target audience" goes.

While I think Affinity Photo is really ideal for hobbyists, thanks to its aggressively low pricing, it's marketed towards professionals and freelancers just as much.

It's a photo editing app, so if you're looking to do Affinity Photo matte painting, photo editing, or digital painting, you will find most if not all of the fundamental tools you need. You can also absolutely do photo manipulation in Affinity Photo, which is what I personally do.

Affinity Photo has Personas, which are dedicated spaces for doing specific tasks.  Your default space is the Photo Persona, and then you have Personas for Liquifying, Developing, Tone Mapping, and Exporting. 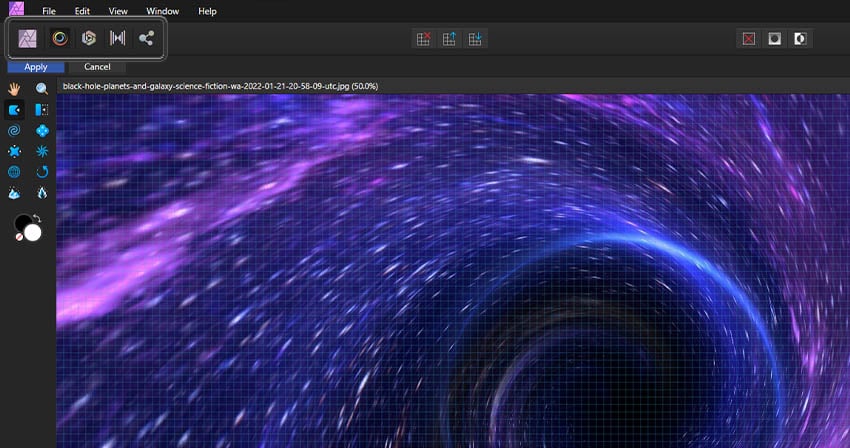 Photoshop does something similar with some of its filters opening up in dedicated windows, but I noticed they added something even more similar in a recent update to Adobe Premiere Pro, where exporting has its own dedicated area, much like a Persona.

It also has some unique creature comforts, like a built-in Frequency Separation filter.

One of my favorite things about Affinity Photo is how you can save an image's undo states to its AP file.

You'll also notice how brushes in Affinity Photo have the option to use two different pen nibs or stamps. This makes things like splatter brushes much more effective. 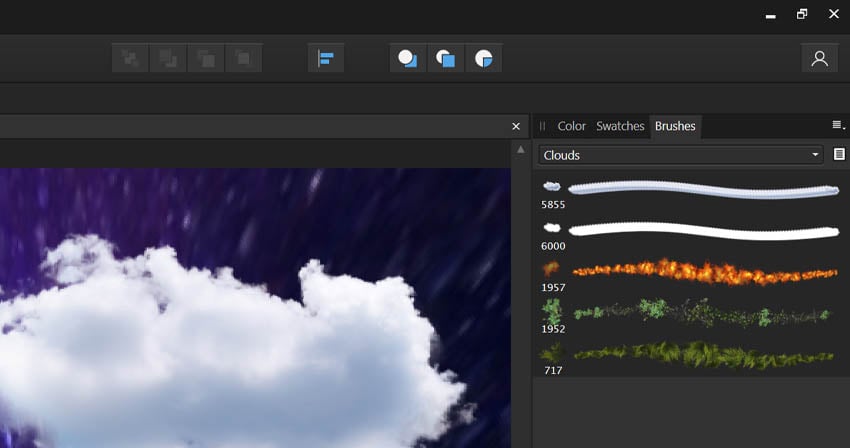 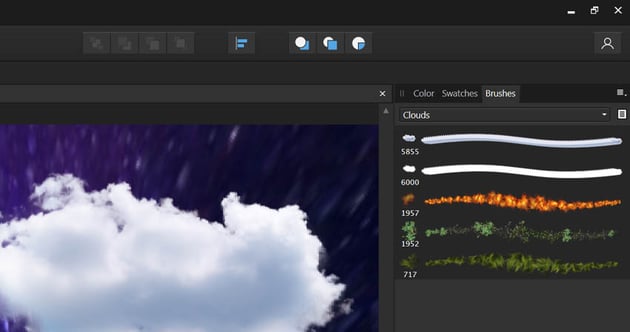 These may seem small, but it's little things like that where I'm like, "How hasn't Photoshop done this yet?"

Let's put Affinity Photo and Photoshop head to head and see who comes out on top.

Both Affinity Photo and Photoshop will cover all your standard file types, including:

We'll touch on how well Affinity Photo converts PSDs to AP files in a moment, but for supported file types, it's a draw.

Photoshop has been around since the 90s and has been the industry standard for just as long. It has millions of resources ranging from free to premium.

You can easily find brushes, add-ons, actions, and plugins already made for you, handcrafted by professionals on sites like Envato Elements. So much so that unless it's for something really specific, there's almost no point in making your own brush or pattern.

Affinity Photo has a lot of great default resources, particularly default brushes. It can also use .ABR files, which is the same brush file format that Photoshop uses. However, brushes with dynamic settings won't convert perfectly. But stamp brushes will cross over absolutely fine.

Affinity Photo uses standard font files, so your whole font library is there for you to use. However, that does not include fonts from the Adobe Fonts library that comes with an Adobe subscription.

And Photoshop actions or graphic templates that rely heavily on layer effects and smart objects, like premade text effects, will not work with Affinity Photo.

So, even with a vast selection of fonts, image-based textures and resources, and a respectable amount of premade brushes, Affinity Photo will still have to take the loss. Photoshop wins resource availability.

Cross-Compatibility and How to Use Affinity Photo With Photoshop

When it comes to cross-compatibility, this is an easy one because Photoshop doesn't have any. If it's not a standard file or a file format that Adobe invented, then Photoshop isn't going to open it.

Affinity Photo has very impressive cross-compatibility. I mentioned earlier that it can open .PSDs and .PSBs, and you can install .ABR brushes.

However, there are limitations to how well these things will cross over. As I said, many Photoshop brushes lose their dynamic settings when installed in Affinity Photo.

Some shapes may be rasterized, but many will be converted into a vector shape with a path. For example, if the shape has a border created with the Shape tool in Photoshop, that shape will likely be rasterized in Affinity Photo.

Affinity Photo will have partial support for any applied Layer Effects, with most remaining intact. And the same thing applies to Layer Modes.

Adjustment Layers are also very likely to remain the same. However, you may see some simply not working. Color Lookup adjustment layers, which I often use, do not cross over to Affinity Photo. You can use LUTs in Affinity Photo; they just have to be reapplied.

So Affinity Photo wins on cross-compatibility.

Let's cover some quick-fire pros and cons of both programs, starting with Affinity Photo.

Is Affinity Photo Right for You?

If you're a beginner or hobbyist, I say absolutely.  But if you're a freelancer or professional who already uses Photoshop, it's going to depend.

If you do a lot of collaboration or passing back and forth of Photoshop-specific resources, then no, I don't think the cross-compatibility is strong enough.

If you're on a budget or looking to cut costs, then the price of Affinity Photo is unbeatable. And at the very least, it won't hurt to give it a try.

Suppose you're a long-time Photoshop user but only use basic settings, filters, and tools like brushes, adjustment layers, layer modes, and layer effects. In that case, again, it's absolutely worth trying Affinity Photo.

As for me, I've been digging in the Adobe trench for almost 15 years. I pay for the "All Apps" plan; yes, it hurts every month, but it's just the cost of doing business.

Interested in learning more about Photoshop? At Envato Tuts+ you'll find hundreds of Adobe Photoshop tutorials and resources. Here are just a few you can't miss:

If you want to try out this cool software, here's the best source of Affinity Photo tutorials:

Adobe PhotoshopAffinity PhotoPhoto ManipulationSoftware
Did you find this post useful?
Yes No
Would you like to provide feedback (optional)?
Cancel Submit
Want a weekly email summary?
Subscribe below and we’ll send you a weekly email summary of all new Design & Illustration tutorials. Never miss out on learning about the next big thing.
Sign up

Abbey Esparza
Digital Artist - Texas, USA
I’m a mixed media artist and freelancer with over ten years of experience in digital art. I love to take fashion-forward modern-day photography and transform it into the unusual and macabre. But while I typically like to play with surreal themes, I'm experienced in various styles and genres! Including child-friendly fantasy and colorful pop art. In the last five years of my career, I have found a passion for sharing my knowledge and creating educational content showing that anyone can be a successful artist no matter your preferred genre!