Hey, all you aspiring storyboards artists out there!

I hope you had the pleasure of following my first storyboard tutorial: How to Storyboard: A Basic Guide for Aspiring Artists

A storyboard should not be a boring series of still drawings. There are different kinds of camera shots and movements to make a storyboard more alive, interactive, and interesting.

A lot of information regarding storyboarding is available to be taught, but we will only cover the fundamental bits needed to accomplish a typical storyboard job.

In part 2 of our tutorial, we will learn some additional storyboard terms, go over the different kinds of shots and scene types, and learn the various transitions we can use to create fluidity and interest between our scenes.

Storyboarding is a visual language. Each frame or storyboard panel represents a piece of the story the audience will view on screen, whether it's a TV commercial, a movie, or a kind of animation. Your job is pretty much to be like a mini-director, using basic cinematography skills to be able to dictate the story to your audience.

There are a few terms to know when placing elements in a frame or scene.

Setting up your subjects within different layers of the frame is called Layering. It is a powerful feature that helps you to introduce the location of a scene and make your frames pop by adding a sense of depth to a shot. To apply layering, you need to create a foreground, midground, and background layer.

2. The Different Kinds of Camera Shots

Having a good selection of shots can make your story more interesting, depending on what you want the viewer to experience. Let's go through a selection of alternative camera shots that will help your film or animation visually.

A Pan is when the camera is on a fixed point and moves left to right or vice versa, as if you are turning your head to follow a subject. Pans are used when you want to create movement between scenes so the scene isn't boring. There are several types of pan shots you can use:

In a Pedestal shot, the camera moves up or down, similar to a Tilt, but in this case it is not tilting the lens up, rather it is moving the entire camera up. It is a camera motion that is depicted by two parallel arrow symbols. In a pedestal shot, the distance between the subject and camera is always maintained.

3. A Dutch Tilt, a Dutch Roll, and Rotations

A Reverse Angle is the reverse point of view of a previous frame. Cutting to a reverse angle allows the audience to identify with and follow dialogue between characters or reveal reactions or objects.

A Car Mount is the replicated view of a camera on a vehicle, either from the passenger's view or looking into a vehicle.

Basically, this refers to a dolly camera shot in the air, using a large piece of equipment called a crane that moves towards or away from the scene. It is used to enhance a view, for example of a large crowd or scene. Also, it is applied when there is action or suspense, or as an ending to a scene.

A very high camera angle, similar to crane but taken usually from a helicopter, drone, or plane. Sometimes referred to as a Bird's-Eye View.

Imagine the camera is on a circular track, rotating around a focal point. With an Orbit shot, the camera rotates 360° around the subject, which is usually fixed.

View Thru or Mask is when an element is placed in front of a lens to create a framing of a certain shape, like a window frame, binoculars, keyhole, or gun telescope.

An Insert is when a close-up shot is inserted between a long scene or dialog. These types of shots don’t focus on people. Inserts have an instrumental value—they focus on certain details or emphasise a relevant object. Some examples may be a letter or handwriting, a store's signboard, a knife under a stack of papers, etc.

A Reveal Shot is when the camera is focused in just enough to show something unseen moving into, out of, or through a frame, without moving the camera itself. It is used to build suspense or warning. Reveal shots are illustrated by the use of arrows and small movements on screen.

A Reaction Shot is a cut-away shot to a character reacting.

Split Screen is when the frame is divided into smaller segments, so the audience can see many things or actions at one time.

A Beauty Shot is a close-up used to captivate viewers. It's usually clean, very commercial looking, and is supposed to evoke a pleasant response from the audience.

An Off-Screen (O/S) shot is when viewers see nothing on screen, but there is dialogue or sound or a character enters or exits the frame. You can illustrate a dark frame with speech bubbles to it, or just a dark frame with the OC acronym.

4. How to Transition Between Scenes

A Transition is the 'cut' from one scene to the next. Here are some basic ones to learn:

A Fade-In begins dark and fades to full brightness. Illustrated by < on the frame.

A Fade-Out gradually gets darker or fades to black.  Illustrated by > on the frame. Fade generally means fade to black. Fades are often used to separate scenes or when you need to change the scene location.

A Wash out is similar to a fade, but instead of going to or from black, it turns to white or a lighter color, similar to overexposure. It's also known as Flash Fade or Fade to White.

A Dissolve transition is gradual, moving from one image to another.

Cross Dissolve is the effect where one image is subtly replaced by overlapping another image on the next scene, so that the first image fades out gradually until it disappears, and the next scene fades up from 0% to 100%. It's usually used to show a transition to another place or to indicate a short passage of time. It's illustrated using cross-stitched lines.

A Ripple Dissolve is an effect similar to water ripples, and it's illustrated using rippled lines. This type of transition distortion is usually used to indicate a flashback of time or to transport viewers to an imaginary event or memory.

Cuts are simply when shots end and the next begins. There are several types of cuts.

A Cutaway shot is a short edited shot that's not part of the first shot, but is followed by returning to the first shot. It's typically used to show an advance in time or to condense time in a scene.

Jump Cut is the cut from one shot to another shot of the same subject taken from the same camera position, to make the scene appear to "jump" in a sudden way, as if it's jumping forward in time. It is used to give a feeling of speed to an event.

A Wipe is when one shot replaces another and travels from one side of the screen to the other by pushing the first image offscreen.

An Edge Wipe is a wipe technique that passes from one scene to the other with a wiping motion from left to right or vice versa.

A Clock Wipe will pass from one scene to the other through a circular clock wiping motion.

A Slide transition is similar to a wipe but will move from one scene to the other by moving to the next scene frame from the right side.

An Iris shot is a technique usually used to end a scene, in which a black circle mask closes to end the scene.

An Iris Wipe is when an image opens from a small circular area on-screen and opens outward to reveal the full image, also known as Iris Out.

An Iris, also known as Iris-In, is often used to close a scene, moving from out to inwards.

All Set for Storyboarding!

Now you are equipped with some camera shot terms, visual references and storyboard references to help you create more complex scenes.

Don't go overboard with mixing in too many different shots. It's up to you to choose the right camera shots to help deliver your story to the audience.

Be creative yet simple, draw some artistic shots, and keep an eye out for any problems before they are filmed.

In the end, it’s all about being efficient, professional, and delivering the right message to the viewers. I hope you enjoyed following this tutorial and learned something new. Feel free to share how your storyboards turned out in the comments section below. 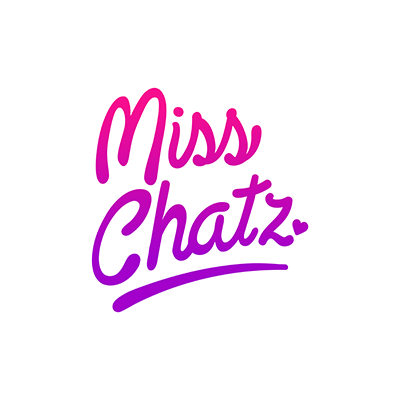 Miss Chatz
Creative Illustrator ✨🖋️
I am a 🎖Creative Illustrator 💋Designer 🖋️ Sticker-Emoji Creator ❤ Storyboard Artist ✨Envato Tuts+ Author 📝 Children's Book Artist 📚. My artwork is inspired by pin-ups, fashion, comics, tattoos, and kitschy subjects. 🗺 My clientele base comes from all across the globe and through various platforms, like TV, web, and mobile apps 📱. Work with me and you will be guaranteed fast, quality work 💯!!! ❣ Get in touch!! ✉ info@miss-chatz.com.
Miss_ChatZ
Weekly email summary