There's no need to reinvent the wheel every time you draw a map. With Illustrator, you can set up your own map-making toolkit, full of the styles, symbols and other elements you use every time. Having all of these things in one place which will ensure accuracy, consistency and readability, three of the most important qualities of an informational graphic.

You can find the source files in the directory labeled 'source' that came in the files that you downloaded. You may wish to look through them briefly before we begin. A preview of the final image is below. 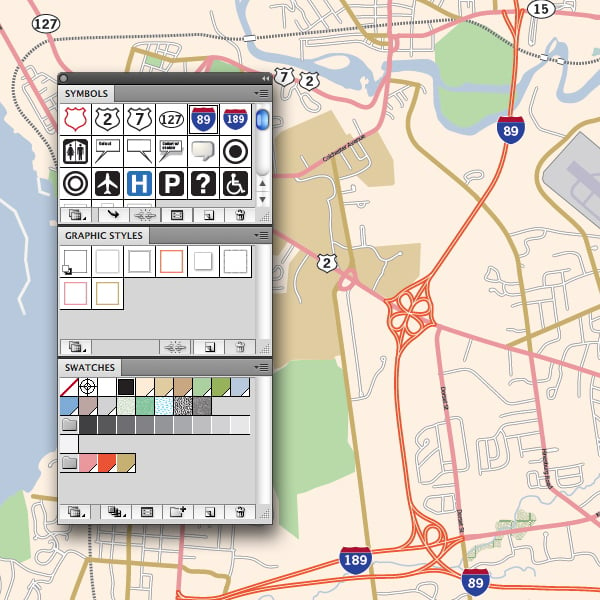 NOTE: This tutorial is arranged in "steps" but they are not necessarily sequential. I have organized the steps from general to specific.

Decide on a color palette for each type of element in a map. Most of these will be self-evident, blue for water, green for forests, etc. The other colors you'll choose will be based on the overall design of the publication in which the map will appear.

A newspaper or magazine will have its own color palette that all designers must adhere to. If you have no such restrictions, try to stick with muted colors that won't distract from the readability of the map. Often these colors will be overlaid with text, so keep that in mind. Readability is key. Remain consistent with the color and don't hurt anybody's eyeballs with wacky colors.

Pattern swatches can also be used to define areas such as wetlands, reefs, or any other feature that needs special distinction. You can use or modify any of the texture swatches included with Illustrator, or you can make your own. For more about pattern swatches, see this tutorial.

Name each color with its specific function, and arrange them logically in the Swatches panel. Even if you're not on deadline, it's annoying to have to hunt for the colors you use over and over. Just as your readers should be able to tell at a glance what each color signifies, you should be able to locate them just as quickly when building the map. 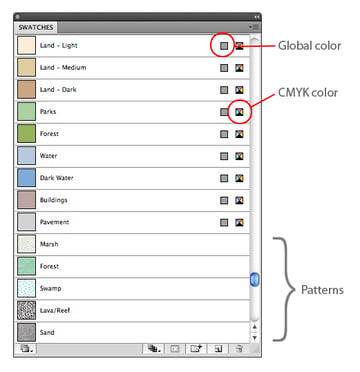 Just as every geological feature has its own color, different kinds of roads should also have their own style. You can create Graphic Styles for each type of road, and then apply them to their respective paths. For example, the style below uses the Appearance panel to create the look of a divided highway.

To make this style, draw a path and give it a 3-point red stroke. Click the new stroke icon on the bottom of the Appearance panel. Change the color of the new stroke to white, and the width to .5 point. Now drag the path into the Graphic Styles panel, or simply click the New Style icon to create the style. Do the same for other styles of roads and streets. 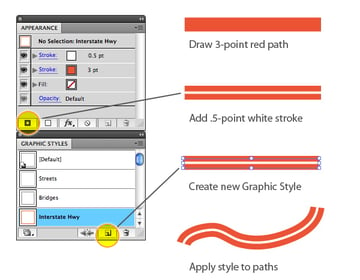 You might notice that paths with double strokes like this overlap in a way that might not be desirable. There a couple of things you can do to avoid this overlapping. You can make all the paths that share that style into a Compound Path. Just select them all and go to Object > Compound Path > Make. If you need to edit individual paths after that, use the Direct Selection tool (A) or the Group Selection tool. 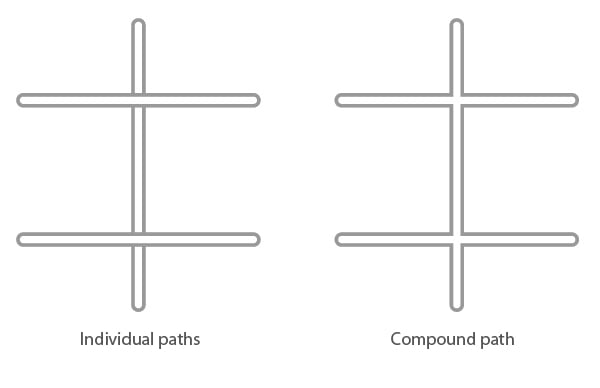 The other thing you can do is to put all the strokes on their own layer, and then apply a style to the entire layer. To do this, make sure that only objects that will have the same style are the layer. These objects should have a stroke and fill of None.

Next click the target circle to the right of the layer name to target the layer (the circle will fill with a gradient when it is targeted). Next, click on the Graphic Style you want to use for that layer. This will apply that style to the entire layer. Use this method with caution: Any new path you draw on that layer will take on its style. So if you add a route number, for example, its appearance will be the same as the roads on that layer.

To remove a style from a layer, drag the filled target circle to the Layers panel trashcan icon. 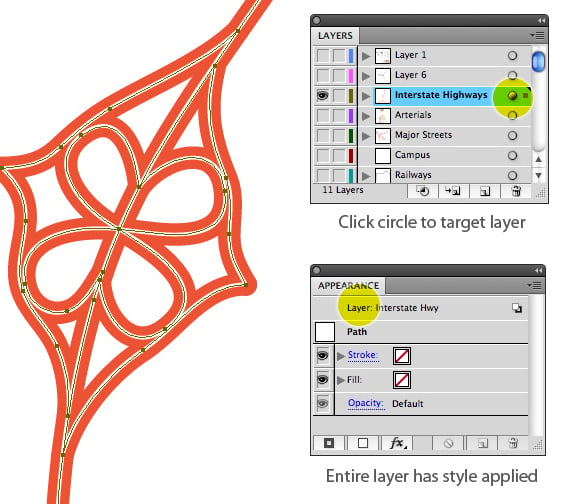 Road signs, airports, campgrounds — all these kinds of things are identified by universally-recognized symbols. You can create your own, or you can use and/or modify the ones that are included with Illustrator. Open the Symbols panel and click the Symbols Libraries icon on the lower left. Scroll down and choose the Maps library. 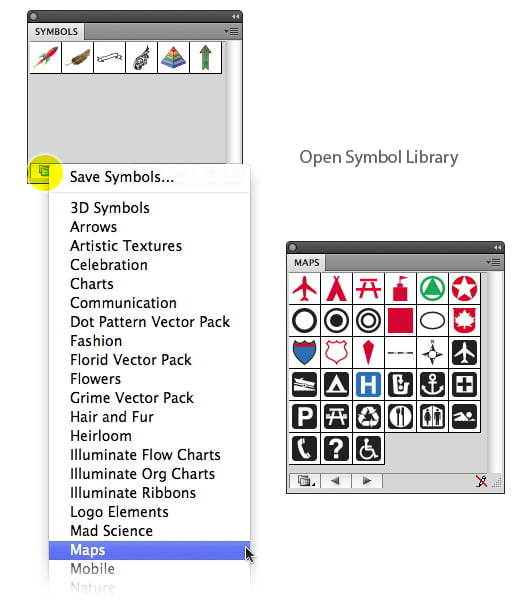 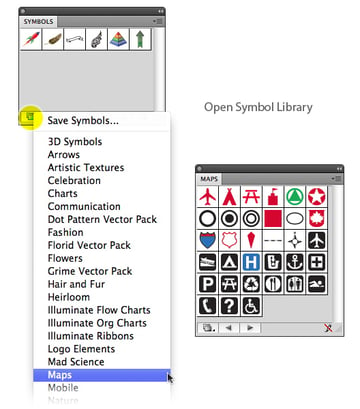 To place a symbol in your document, simply drag it from the panel onto the artboard. Alternately, you can click the arrow icon at the bottom of the Symbols panel to place it. If you want to edit it, you can click Edit Symbol in the Control panel, or you can click the Break Link button to expand it. 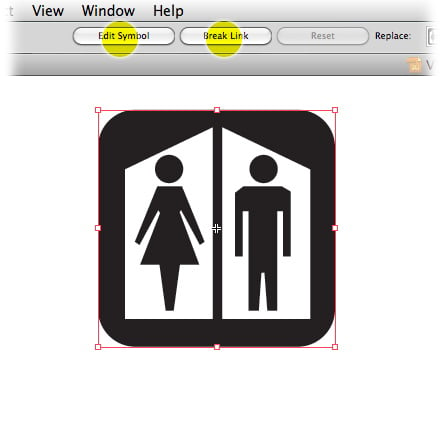 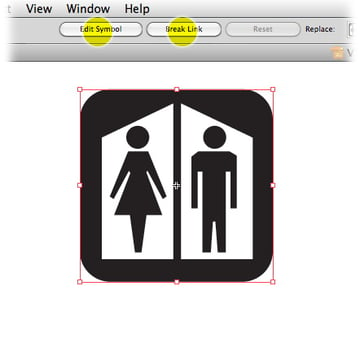 Callouts, or text markers, can also be stored as symbols. You can create a variety of sizes and shapes, which already have dummy text on them. You'd be surprised how long it takes just to change the direction of an arrow and add text, when you're doing it from scratch.

All maps have text. And just like in a newspaper or other publication, different fonts and styles are used for different kinds of information. You can create character and paragraph styles and save them with your template. You can also just type out all the different styles in their own type objects, and save those on your artboard. Then just copy each as you need it. 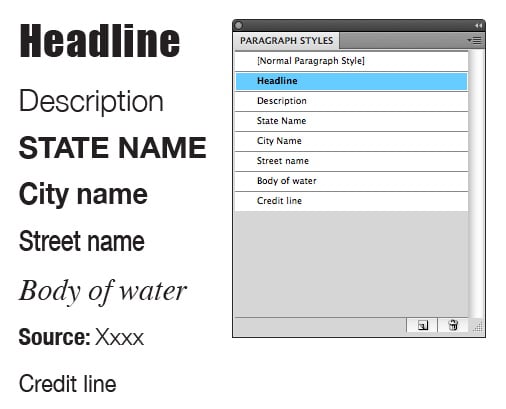 Below is an example of different styles in use. 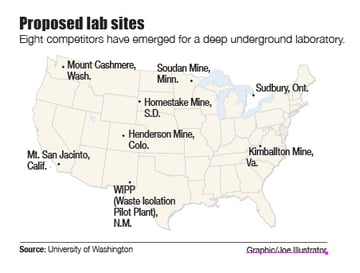 There are a few elements that every informational map should contain. These can all have their own styles as well. They are:

Be careful when using any source material that is copyrighted. Links to maps in the public domain can be found here.

Open Street Map is an open source map project, with a Creative Commons license You can export sections as SVG files, which are editable in Illustrator.

US National Park Service Map Symbols & Patterns. NPS symbols are free and in the public domain.

US Geological Survey Store. Tons of interesting maps and map resources. Free downloads of topographic maps for just about anywhere.

DesigningVectorAdobe Illustrator
Did you find this post useful?
Yes No
Would you like to provide feedback (optional)?
Cancel Submit
Want a weekly email summary?
Subscribe below and we’ll send you a weekly email summary of all new Design & Illustration tutorials. Never miss out on learning about the next big thing.
Sign up