So if your drawing is not explaining something, it is a work of art, not an illustration. We will talk about the differences between art and illustration later.

An illustration can explain an idea even without the text nearby. People who look at the picture should see the story, "read" it as they would read the text. To tell a story with an illustration means to convey some meaning, to explain a certain context only with the help of an image.

Let's learn more about the types of illustration and where they are used. There are a lot of areas that require visualization; here are some of them:

What Is Editorial Illustration?

What Is Advertising Illustration?

It is an illustration that is used in promotional material, and its main aim is to catch the viewer's attention. It can be used without any text (only the logotype of the company) but express a strong idea to make it easy to remember.

What Is Concept Art?

Concept art is used in movies, games, and other industries, as working material for finding the best image of the atmosphere of the work. Concept art is usually created in several iterations. The most important thing is not to create a perfectly beautiful image, but to choose the appropriate image. The final product uses the final sketch that went through the art director's criticism. Concept art is usually made for environments, characters, costumes, and items.

What Is Fashion Illustration?

Fashion illustration can be used to visualize a piece of clothing before it’s produced. Fashion designers use it a lot in their creative process. The garment should be drawn before being sewn. Also, fashion houses use fashion illustrators' work to promote their product and to show it in a special style.

What Is Technical Illustration?

The purpose of a technical (scientific) illustration is to accurately depict an object in order to simplify its understanding. In technical illustration, it is not the image and beauty that is important, but the clarity of the image and the absence of confusion.

Infographics are a selection of images and diagrams with a minimum of text, allowing you to quickly understand the essence of the topic. Infographics are related to communication and graphic design, but can also be attributed to illustration. Good infographics make it easier to understand information and a large amount of data.

What Is Packaging Illustration?

3. The Difference Between Graphic Design and Illustration

Usually, graphic designers work with ready-made objects, and their task is to create suitable compositions from them. Illustrators create products themselves (even if they are collages).

The main task of the designer is to create a successful product that will meet the requirements of the customer and the needs of the target audience.

A good illustrator will also think about the needs of their client and target audience, but should be more focused on the image itself, rather than on marketing goals—which the designer has already thought about!

4. The Difference Between Art and Illustration

5. What Are the Best Illustration Techniques?

It doesn't matter what technique the illustrator uses; what's important is what the illustration is for. This is not a story about how to create an image, but rather about what the purpose of the image is.

A commercial illustration can be traditional in technique: then it is drawn in pencil, ink, and paints. It can be made in digital programs such as Photoshop, Illustrator, Procreate, and others.

Some illustrators use a mixed technique: for example, draw with a pencil, and then process the image on the computer. There are also those who use the collage technique and engraving. You can use any technique; it depends on the purpose of the work and the preferences of the illustrator.

6. How to Become a Professional Illustrator

It all depends on the field in which you want to develop, and the technology that you will use. To become an illustrator, it is desirable to be able to draw. But now this is not the main thing, because there are illustration techniques that are not directly related to drawing. But you will definitely need a good knowledge of composition, color, and perspective, and a lot of practice.

There are a lot of online courses and universities where you can get an education. I advise you to choose courses that focus on the basics of composition and the ability to work with text rather than on individual techniques and materials. Many good tips are collected in our article about editorial illustration.

Knowledge of the basics of marketing, the skill to work with the client, and understanding of legal subtleties will be a good help.

Illustration is a very interesting area that simultaneously contains a lot of creativity and close work with the client and designers. But the pleasure when you see your work printed in a magazine or on a shelf in a store cannot be compared to anything!

I wish you good luck and patience on this difficult but very exciting journey.

Want to learn more about illustration and graphic design? Check out our other tutorials and articles! I'm absolutely sure that you will find the perfect tutorial for improving your skills. 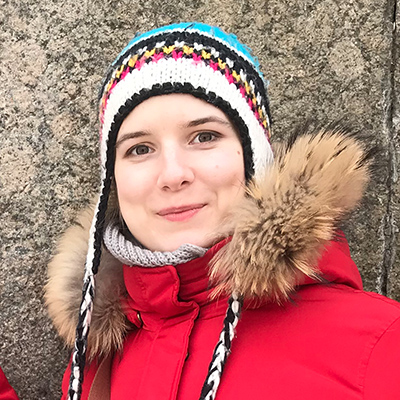 Elizaveta Akimova
Freelance Designer & Illustrator, Saint-Petersburg
I'm an illustrator & designer for hire. In my work, I like to use bright, bold colors and folk themes. Commissions welcome!
Weekly email summary