When you type, you probably don’t pay much attention to the numerals. In fact, you’d probably think that there's only one set of numerals per font, and that the form and size differences between the various numerals you see are merely stylistic variations. But since numbers are used so often in so many different contexts, type designers actually design different sets of numbers for different purposes.

Many designers are at least vaguely aware of old style, or “lowercase” numerals, though these figures are much underused, and remain a hallmark of advanced typesetting. But numerals can come in two to as many as 12 forms per font.

Of course, only the most comprehensive fonts carry that many numerals, and most type designers only package a few basic numeral styles in their fonts. Superscripts and subscripts generally have specific meanings and their use is relatively well-known. In this article you will learn the distinctions between the other numeral styles.

Lining monospace, sometimes called lining tabular, figures are the most common numerals seen. The numerals most people write by hand are lining numerals. They appear to be the same height as the capital letters in a font (though on closer inspection are usually slightly shorter), and their edges form a clear top and bottom line when typed (hence the name “lining”). “Monospace” refers to the fact that such numerals all have the same width. We’ll see why this is important later.

Lining proportional figures usually have the same general shape as lining monospace numerals, but do not all have the same width. Instead, each glyph takes up only as much room as it needs—thus ‘1’ is narrower than ‘4’.

Because the figures do not all have the same width, type designers often take slightly more liberty with numeral shapes. For example, in lining figures, it is common for designers to stretch out the serifs and upstroke of the tabular ‘1’ to help fill up all that extra space, but since that is not required of proportional figures, the proportional ‘1’ takes on a more relaxed shape.

Nevertheless, there are few large differences in form between monospace and proportional figures, and for some fonts, it can be difficult for even an experienced typographer to tell the difference in typical print settings.

Just as letters come in capital and lowercase forms, so do numbers. To many typographers, lining figures are “capital numerals”, and old style figures are “lowercase numerals”.

While lining figures are all the same height, like capital letters, old style numerals have more varying shapes and do not fit well into rectangular boxes.

What About Old Style Monospace Figures?

2. When to Use Each Style

Before discussing usage guidelines for each style, it helps to go over the various ways numerals are used in typesetting. Numerals are commonly used in contexts such as:

In each of these settings, the number is used in a slightly different way, and so a different numeral style is most appropriate. However…

With all this discussion on the appropriateness of each style for different contexts, you might think you should change your numbers depending on what has been said. But this is a bad idea.

If your text is something like “The mathematician discovered 2,143 converging sequences, all including 13”, make the entire paragraph old style or lining proportional, even though the “2,143 converging sequences” suggests old style figures and the number “13” suggests lining proportional figures. Style consistency overrides any word-level appropriateness. You wouldn’t Start Writing In Title Case Halfway Through Your Paragraph, and you wouldn’t change fonts in the middle of your paragraph, so don’t switch numerals in the middle of your paragraph. Your text is not a Geronimo Stilton novel.

Note that this only applies to the text–lining figure distinction—proportional and monospace figures should be used as described in the next section, regardless of consistency.

In the example below, text figures are used consistently within the body text, but lining figures are used in the image caption, which is permissible because you could appropriately use a different font. (There is no reason why text figures couldn’t be used in the caption—in fact, you could set it the other way around. Also note the use of small capitals in the first line.)

Use Monospaced Figures for Data

Monospaced figures, like monospaced fonts, should almost never be used, except in a handful of special cases. Their sole advantage is, of course, that they have a constant width. This makes them ideal for presenting large sets of data. If I type the following in monospaced numerals, I can be sure that each line will remain the same length, if each contains the same number of digits.

Monospaced figures are also preferred in typesetting lists and tables, thus the alternate term “tabular figures”. Because the digits all line up, tables are easier to read. It also prevents the reader from being misled. In proportional figures, compared to “54804”, “17111” appears shorter and thus contains fewer digits at first glance.

Finally, monospaced figures can avoid some of the headache caused by proportional figures in tickers like counters or timers. As a timer like 13:22.0413 progresses, the digits will shudder and spasm with a proportional font. The rightmost digit will jolt to the left when the timer goes from 09:50:9999 to 09:51:0000, and the more digits it contains, the worse the vibrations. Monospaced figures fix each digit in a constant location, preventing jittery tickers.

Because while monospaced figures are not ideal most of the time, they are essential for tabular settings. These days, type designers are also getting more adept at making monospaced numerals look proportional, so the need for real proportional figures is decreasing. When the difference between the two is great (like in Gotham) the designer may consider packaging proportional figures as the default. But when the difference is small (like in Warnock), fontmakers might as well ship monospaced figures as the default.

Many readers are also so used to reading monospaced figures that they almost regard the whitespace around the ‘1’ as part of the number, and a proportionally spaced ‘1’ can ironically look stranger than a monospaced ‘1’.

It is worse to use proportional figures when monospaced figures are required than the other way around. Thus monospaced numerals are placed in the most accessible positions—i.e. when you type a number from your keyboard, you get a monospaced numeral.

Unlike proportionality, the difference between old style numerals and lining numerals is more stylistic than functional. It is more helpful to know why each style is more appropriate than to list case studies.

Since old style figures look like lowercase letters, they integrate themselves into text better than lining figures do. That is why they are sometimes called “text figures”.

Lining figures stand out. Text figures blend in with the words. This might be desirable when you want to emphasize a quantity over the number itself. You may want “The President invaded the country with 245,000 troops” to read as “The President invaded the country with two hundred and forty-five thousand troops”, without awkwardly spelling out such a large number in words.

Old style figures are usually a good idea for body text. But there are some situations where lining figures might be more appropriate.

Suppose you are writing a mathematical paper. When you are writing something like, “Here, the second term of this sequence is 42, and increases by 3 with each term”, you don’t want the ‘42’ and the ‘3’ to blend in with the text—you want them to stand out as distinct mathematical objects (this is the same reason we italicize variables). Hence lining figures are more appropriate. But do not mix numerals if part of your text calls for lining figures and the other calls for old style figures.

Text figures flow verbally, but occasionally cause disruptions visually. A major no-go zone for old style figures is in CAPITALIZED TEXT. A text figure disrupts the rectangular lines of such text. So always use lining figures with capital letters.

This is also a reason not to use old style figures to typeset mathematical formulas, which are built of a sort of “box model”. Old style descenders and fraction vincula do not mix.

Why Bother With Numeral Styles?

Some designers avoid using old style figures because they think it will make their text look “old style”. But in many fonts, the “old style” figures look quite modern. And a number of major publications like TIME Magazine and the New York Times “still” typeset with text figures—in fact it’s part of what makes their typesetting look so professional. And using monospaced and proportional figures appropriately can greatly improve legibility. Grab a major magazine, and more likely than not they are making judicious use of numeral styles.

So why not consider paying some attention to what numerals you’re using the next time you typeset an important document? 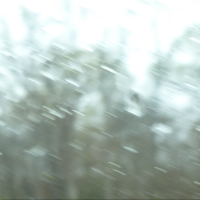 Kelvin Song
Kelvin Song is an Inkscape vector artist. You can find many of his graphics on Wikipedia.
Weekly email summary