There's article after article on websites that talk bout how to make a great logo. But If you're a logo machine, and you've been doing it for a long time, chances are that you've developed some pretty awful habits. How do I know this? Because I suffered from some of the same habits I'm about to talk about. A true master of logo creation will refine their work on every project, forcing themselves to get better with each design. It all boils down to a few key things to avoid when you're creating a logo. While you can take a stab at selling generic logos on places like GraphicRiver, you'll do your best work when you deeply understand your clients and their company. Now lets dive into the ways you can stop making bad logos.

Throw Out Extreme Detail and Intricacy

While some of the best designers and illustrators often find themselves wanting to flex their illustrative muscles, and express the insane levels of detail they're capable of producing, this often makes for terrible logos. Don't forget to realize that your logo is going to show up in a lot of places at a lot of sizes. No one can see your pen and ink stippling from a thousand feet away. Don't worry though, even some of the most simple logos that exist today once went through a difficult dry spell. If you found yourself creating complex logos in the past or even are creating one now don't kick yourself just keep chopping away elements until you're left with the true soul of the logo.

Take a look at these examples of the old and new Nike and Apple Logos. Two logos revered to be extremely simple now, once went through a complex stage.

If I was Isaac Newton, I'd Sue.

Never Use Other Peoples Stuff

It doesn't matter how? Another person's work shouldn't ever end up in one of your logos. First it should be a point of pride that the entire piece of work was created by you from scratch. Design can be an incredibly noble profession, and our ability to come up with something that defines a company in the form of an image is incredibly powerful. Now, do you want that image to be from iStock.com?

On top of all of this the fact that if a client was paying you, they would feel cheated and be absolutely furious if they discovered that their logo comprised of elements that they simply could've found on the Internet.

Even if you're running the da Vinci Art Museum, you shouldn't be putting the Mona Lisa in your logo. If the logo is for a company or theme that's derivative of another person, place or object, spend time trying to come up with something that represents that person, work place or object, not make the literal copy of it. You'll have a happier client, and be able to share the pride that you created it yourself.

Please Don't Make it in Photoshop

I've said this 1000 times, but it bears repeating. Do not make a logo in Adobe Photoshop. Period. When I began to study Graphics, I approached my teacher Mr. Adie and proudly declared that I was a master at Photoshop. Know what he said to me? "Teenage Girls use Photoshop to cover up Acne! If you want to impress me, master Illustrator." Now, I'm not saying that a teenage girl can't create a great logo. But, what I am saying is if you are a true designer, your logo will be created in a vector art program like Adobe Illustrator.

Photoshop is simply a photo editing tool. That's what it was originally designed to do. It doesn't create art that's ready to print on the business card, a T-shirt or any other item. So, the bottom line? Keep your Evelyn and Bas filter and bubble textures off of my logo.

Don't Just Put a Thing Next to Text

You may be up in arms about this one, but hear me out. I know there's probably 1 million logos out there that are simply a thing sitting right next to a piece of text. But there's more to it than that. If you have a symbol that represents the company, do you need the company name at all? If I showed you a blue app on sale would you be able to tell me it's Facebook? Some of the world's most timeless logos are ones that don't incorporate an image at all. FedEx, The GAP, Microsoft (until recently LINK), Google, and the list goes on.

The real thing I'm trying to get to here is, don't paint yourself into basic patterns. Exercise your muscles every single time you create a logo. Do something different than you did last time, and the time before that. You'll find it makes you a far better logo creator, and a more versatile designer.

Quit With the Overly-complex Metaphors

Dear client, enclosed in this email is your logo. It's a Ford model T with the license plate BTSYRSS. That's because the automotive industry is American, and Betsy Ross was asked by George Washington to sew the first American flag!

Pretty good logo for Joe's American burgers, right? Although some designers who have a minor in philosophy want to be seen as creative intellectuals by their clients, it's never a good idea to design an overly complex metaphor.

I couldn't make this up if I tried.

A logo needs to tell a story, symbolize a company or an idea. I don't care that you've been studying the works of Stanley Kubrick for the past 12 months, if you have to explain the logo every single time you show it to somebody, then you're doing it wrong.

Logos are tag clouds, they're not storybooks, they're not mission statements, and they're not decorations. But great logos may be all of those things at once. Simplicity, clarity, and meaning define a great logo. Take the extra effort to refine your idea and like a fine jam, remove the impurities, cut the fat and distill your idea down to the single most meaningful thing that you can think of. (Sounds sweet! - Ed.)

For an easy way to create a simple yet memorable logo, check out Palceit’s logo templates. You can design the perfect logo for just about any industry you can think of.

Don't Throw Type to the Wind

Unless your logo is so bold, meaningful, memorable, and recognized as a symbol, you're going to need to use type in your logo. Even then, you may want to keep it simple. Too often is text lain slovenly like a deluge of keystrokes with the kerning set to default. Letters, typefaces and all the properties are part of your logo too.

The Cleveland Browns logo is an orange helmet. I wish I was kidding.

It's a step beyond just saying no to Comic Sans, it's spending hours (Or days, or weeks if you have to) handpicking the right font. It's knowing about how typography works, and understanding the flow of words and the relationship of text size and space. And if you're venturing into the realm of cliché, just by putting a bold word next to an un-bolder one, switching or alternating colors, you may have lazy typography on your hands.

If your companies really just one word, think of more interesting treatments. What size, shape, Pat can you text follow. What's the relationship between the words you're trying to emphasize her de-emphasize, or jam next to each other? Type can make or break your logo.

Stop Being So Darn Unoriginal

This may seem completely obvious, but originality is crucial. People go and create logos, either without checking what other people have done first, or simply developing the first cliché they can think of. Remember, a logo is meant to represent a company. If your logos going to stand the test of time it must be original. That means you're not going have to re-brand in another two years, because you did something that looks "So 2008". A logo is more than something to put on a website or business card. A logo is a stamp, a mark of pride, a family crest. Logos should be something that a company says this is us, and no one else.

Take a look at the BMW Logo. You can't really mistake it for any other automotive company right? Until you take a look at the RAPP MOTOR logo. The Designers at BMW were charged with bringing legitimacy to a new brand, and while their iterations and current look juxtapose in a sea of chrome swirl logos in the car industry, their original design was not much more than a copy cat.

And there you have it. Some simple ideas here but mistakes we too often make when designing a logo. Now go forth and create great stuff. Or, ya know... Better stuff. 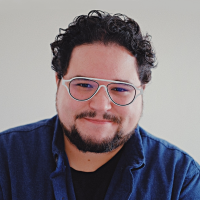 Ryan Quintal
Edgy. Daring. Sometimes a little kooky. Graphic designers of all backgrounds turn to Ryan's QuintalDesigns.com for industry articles, Adobe Illustrator and Photoshop Tutorials, and a host of other fun information. A blend of strong experience, innovative design, and geeky background. Ryan's current gig is as a Designer in Massachusetts, while at the same time, attending college, where he is honing his skills for his design career.
Weekly email summary
Subscribe below and we’ll send you a weekly email summary of all new Design & Illustration tutorials. Never miss out on learning about the next big thing.
Advertisement
Translations