Following on from, Using Design Principles to Create Exceptional Vector Illustrations, today we have a collection of digital illustrations that highlight the primary elements of design. Design elements are the building blocks that are used to create an image. These include, line, color and shape. Although they may seem basic, if you take the time to think about the elements and how they can be used, you will have a better understanding of your creations - and perhaps think of a few new ideas too!

Line is a continuous mark made by a tool such as the pencil and brush or the edge of a shape. Line can be curved, zigzag, horizontal, diagonal, vertical, dashed and dotted. Line is an element that's more interesting than people first think. The visual impact of a line can be changed with rhythm, length and weight.

The image below has a playful appearance created with the use of repetitive curves made into a shape. The hand at the top is poised in such a way that the viewer is lead to believe the image could be unraveled like a knitted sweater.

Color is in every image you see. Different moods and temperatures can be conveyed with the use of color. An example would be red tones for hot and blue tones for cold. Contrasting colors are used to draw attention to areas of an image, and Monochromatic colors are used to create harmony. For more information on color theory, see Open the Door into the Science of Color Theory by Iaroslav Lazunov.

The Monochromatic grays in the image below accentuate the atmosphere of the image and add emotion to the figure. If the illustration was full color it would convey a different mood and perhaps confuse the message.

Shape is a geometric or organic element that stands out from the space around it. Shapes can be used in ways such as layering or groups and can be textured, colored or outlined.

Below you will see an example of the ways shape can be used to create an image. Each element of the castle is made from geometric shapes balanced with color and repetition. The contrast between the dark background and the bright colors also creates visual interest. 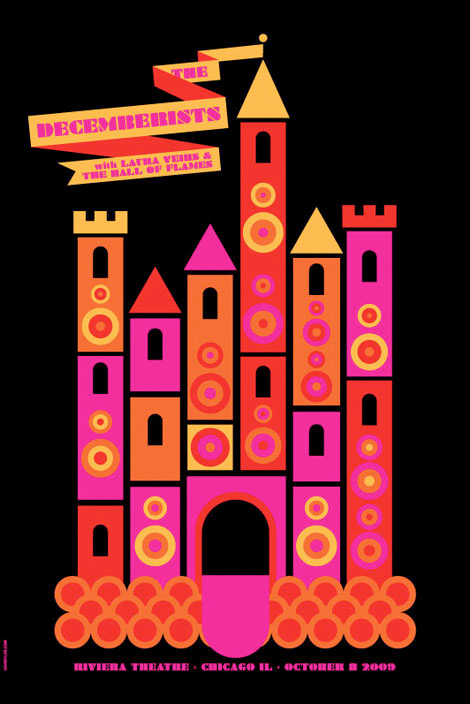 Texture is a representation of surface and medium. There are two kinds of texture - Implied Texture, which is used visually to communicate the way an object would feel, such as rough pencil to represent stone or smooth brush strokes to look like silk. Tactile Texture is the finish on a real object, such as a spiky sculpture or a smooth piece of pottery.

By now you will have noticed that many of the design elements can be used together. In the illustration below, you will see how the artist has used highlights and shade to make the form of the object, and then used shape and texture to create the illusion of mass.

Last but not least, we have Value. Value is also referred to as Tone. Value is used to show the relationship between light and dark on a surface and is used to emphasize form and depth.

The Illustration below uses value/depth to create a figure that appears to rise out of the background. Varying contrasts of the shade is used to show some elements in the foreground and others in the background. The shapes also overlap to create a visual hierarchy.

As an extension to this article I invite you to submit your own examples. Find an illustration that you admire and write down why you like it and which design element it would fall under, then leave it as a message in the comments section below.