Making an image is fairly straightforward, but making an image that stands out from the crowd is more science than it is luck. With the right combination of aesthetic and design, you can turn a good idea into a great piece of illustration. Today we will take a look at nine different design principles and how to apply them to the world of illustration.

Over the years, I have wondered why some of my illustrations are more popular to others, and exactly what makes a good illustration. There's more than a few answers to this question, sometimes it's the subject matter, and other times it's promotion, but more often than not it comes down to the design.

Over the past few days I have looked at literally hundreds, if not thousands, of illustrations to see exactly what it takes to make a winning piece of work. The one factor I kept coming back to was design. The following is a list of design principles and how they can be used to enhance your illustrations.

Proximity is the arrangement of elements that relate to each other to make a visual grouping. By placing different elements in close proximity a relationship is implied. The example below shows how the different symbols of music, food and activities, have been placed in close proximity to make a larger image. By looking at the arrangement you will see that each item works together to tell a visual story. If you placed the elements side by side the message of the illustration would be lost. 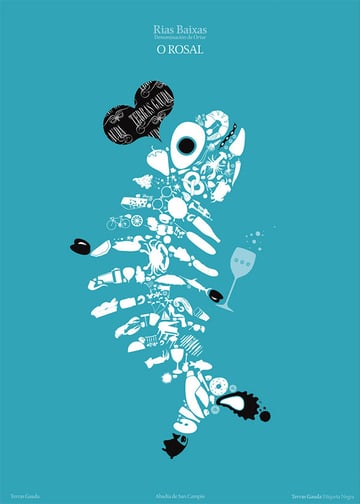 Visual Hierarchy is achieved by creating a focal point by arranging elements so that the strongest concept is seen first and then subsequent elements are seen in order of importance. The illustration below is a good example. A pyramid shape is often employed to show hierarchy by placing the most important item at the top and implying a relationship with the elements below based on their position. The closer to the bottom the element is, the less important it becomes. The "Colonel" emblem at the top of the pyramid could be used as an image on its own, but though the use of hierarchy, the concept, and visual impact is emphasized. In fact, the image is only Suisse with the inclusion of the top element and the meaning of the illustration would be lost if you were to only show the bottom line of elements.

Symmetry and Asymmetry places elements in relation to one another to create unity and balance. The first example below shows how mirroring the image vertically brings balance and a sense of stability to the image. The geometric shapes work together and create additional elements of symmetry within the main focus point.

The second example shows how asymmetry works. The figure on the left is balanced out by the three stacked figures on the right. Although they may be different in appearance, the similar width and height of the left and right side creates a visual harmony. 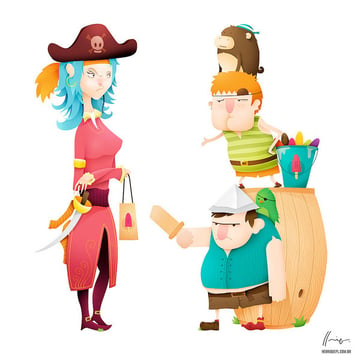 Repetition uses repetitive elements to enhance meaning and bring visual interest to an image. The illustration of the bike wouldn't be quite as interesting without the birds. By using the bird as a repetitive element, the bike takes on a new form and invites the viewer to ponder the meaning.

Unity is best described by a combination of elements that create a visual harmony. The illustration below uses unity as a way to bring a collection of elements together in a seemingly hap hazard way, but on closer inspection you will notice that it's a pattern. The repeating elements within the design create balance and tie the items together in a visually pleasing manner. 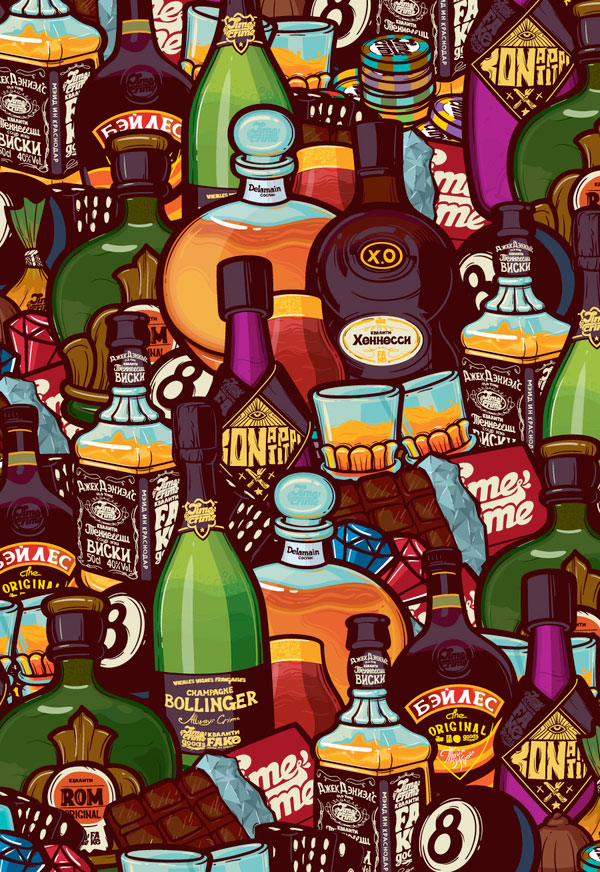 Contrast is used to highlight a specific part of an illustration or design though the use of opposing elements, such as light and dark or large and small. In the example below the contrast is achieved by adding color to the focal point on a black and white image. The red emphasizes the face of the figure and is supported by smaller elements of a slightly darker red that moves the viewers eye around the image. 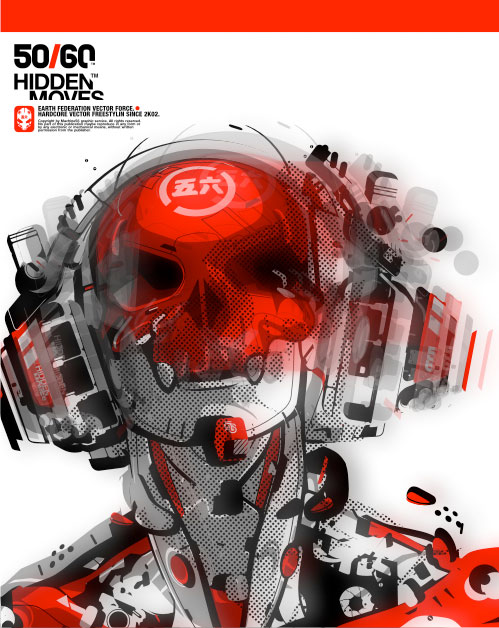 Dynamics is used to suggest movement, flow and direction, it is also used to create emotions such as restfulness, anger or happiness. The image below has a strong focus on dynamics though the use of line and light to bring a free spirited and energetic feel to the image of a dancer. The dynamics of the illustration makes it very easy to imagine the dancer springing to life and moving across the page. 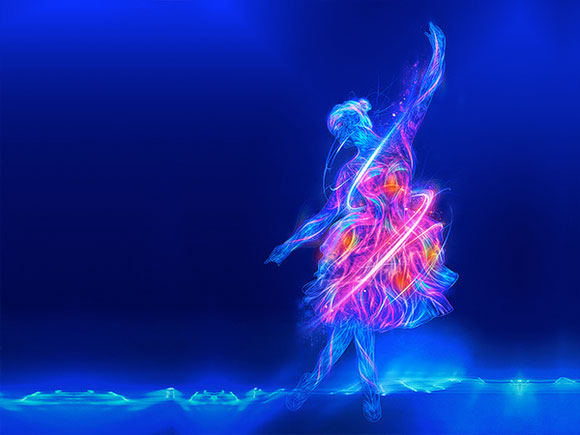 The Dance by Tony Ariawan

Emphasis is the use of a dominant focal point within a composition. The illustration below uses the monster set against the dark background of the cave as the main focal point, then the supporting elements of the gold and the miners are used to give the illustration meaning. Both elements support each other to create an interesting composition, with the element of emphasis helping to convey the meaning of the image in a way that's simple to understand.

As an extension to this article I invite you to submit your own examples. Find an illustration that you admire and write down why you like it and which design principle it would fall under, then leave it as a message in the comments section below. Have fun!

InspirationTheoryVector
Did you find this post useful?
Yes No
Would you like to provide feedback (optional)?
Cancel Submit
Want a weekly email summary?
Subscribe below and we’ll send you a weekly email summary of all new Design & Illustration tutorials. Never miss out on learning about the next big thing.
Sign up