Poll Results: What Type of Computer do you use for Design?

Some of you may remember that a few weeks ago we asked the question, "What type of Computer do you use?". The results are in and it looks like a tie between Mac OS and Windows. See the breakdown and read some of the reader responses after the jump.

"Mac 'vs' PC, 'vs' Linux, 'vs' Mobile Device… Is the competition really worth it? In the past, "Computer A is better than Computer B" may have been a fair argument, but with multi platform graphics applications and more power in a mobile phone than a room full of vintage computers, is there really an ideal machine for Graphic Designers?" 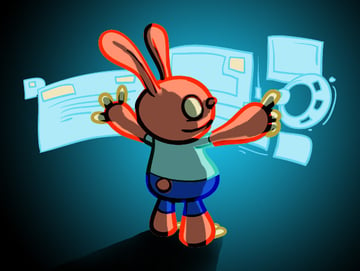 Vectortuts+ readers are a varied group of people with some great opinions on the software and computers that they use (but we already knew that). What is surprising from the results of the poll is that it seems that both Mac OS and Windows users are equally represented.

Things we have learned from the discussion:

I would like to thank everyone who took part in the poll, it was refreshing to read your comments. I think that the conclusion we came up with is that, no matter what computer setup you use, if you're comfortable with it and it fits your budget, then it's the perfect computer to use.

Do you have something to share? Leave your stories in the comments section below.

I use a PC at home and a Mac at college when I'm working, overall I can say that I prefer the PC – but that's mainly because of the amount of work I've put into customizing it. Which, of course, I wouldn't be able to take as far on a Mac. - Karl

Windows has one advantage over Mac with applications (especially InDesign):
You can reach non-modifier shortcuts with the alt-key, meaning that you have probably +300 more shortcuts you can make use of in Windows. I'm not aware of toggling these shortcuts at all on the Mac. - Andreas 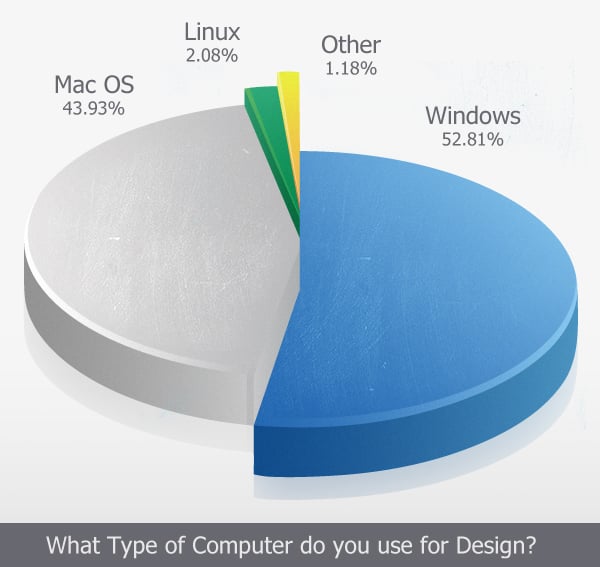 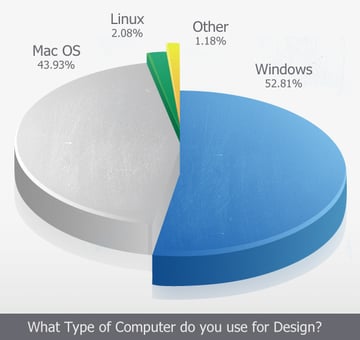 A Windows PC might work just fine for design, but after switching to Mac several years ago and having several tools at my disposal that aren't available on windows I wouldn't dare to go back to windows. - Jorde

I am a typesetter since 1974. So it's natural that I'm on a Mac since the beginning. I started with ReadySetGo Letraset, I then moved on to PageMaker, Xpress, InDesign, etc. - Sylko

I'm not an IT guy and the PC makes me feel like I should be. I've had trouble with Microsoft's customer and technical services when seeking help. I do like the price and the fact that you can customize the machine but I prefer the enjoyment and ease of using my Mac nearly stress free. - Mr. Blonde 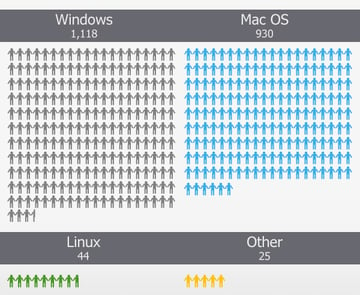 Mac for design Linux for fun... I use Ubuntu for web, music and fun and it's getting new interface which is clearly a copy from the Mac OSx and I love it. - Belal

If you're using the same software, the quality of your artwork won't change depending on what operating system you're using. I use Linux because it gives me unrivaled flexibility and allows me to almost effortlessly maintain my machines - Tommy

I myself LOVE Macs but would probably switch to Linux (Ubuntu) if Adobe would make Creative Suite for Linux. - Danny

I'm a PC user too although I would really want a Mac if I'd have the money for it! - Nils

I'm a firm believer that a poor workman will always blame his tools, so in that theory you should be able to use which ever to produce your work. - Sharon

I own an iPad, iPhone and three iPods. I enjoy Apple products, just when they are not a personal computer. - Shane

Community ProjectsVector
Did you find this post useful?
Yes No
Would you like to provide feedback (optional)?
Cancel Submit
Want a weekly email summary?
Subscribe below and we’ll send you a weekly email summary of all new Design & Illustration tutorials. Never miss out on learning about the next big thing.
Sign up