We recently rounded up Illustrator Gradient Mesh tutorials, which is an excellent tool for adding dimensionality to your work, but Illustrator also has built in 3D dedicated tools. Let's dedicate some time to mastering those as well.

We have numerous tutorial here on Vectortuts+ for you to get started working with Illustrator's 3D effects, practice those tools through multiple projects, and ultimately master them. Let's run through these 3D dedicated Illustrator tutorials!

Learning to work with boxy vectors is a great place to start learning Illustrator's 3D tools. Get a firm grasp in how these tools work with some simple projects and then work towards completing more complex illustrations and designs.

How to Create Your Own Stylized Vector City

This is a simple 3D tutorial, which will help you get started with the 3D Extrude & Bevel Effect. Learn to Map art onto simple 3D rectangles and compose a vector metropolis. 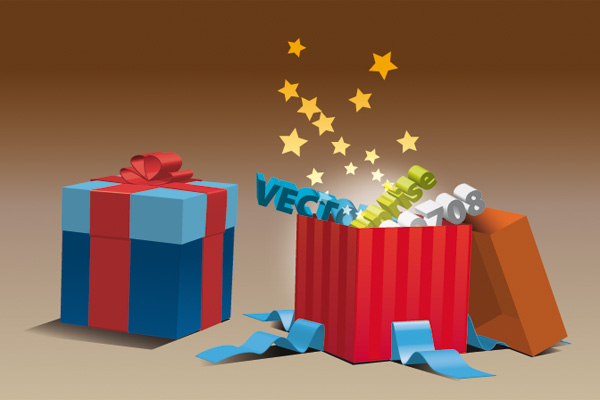 Turn a Boring Bar Graph into a 3D Masterpiece

In this tutorial, you'll learn to plot an accurate bar graph using Adobe Illustrator's Graph Tool. We'll also render the graph to give it additional visual appeal using Illustrator's 3D Extrude & Bevel Options. The use of 3D tools here is relatively simple and it's an interesting subject to compose in 3D. 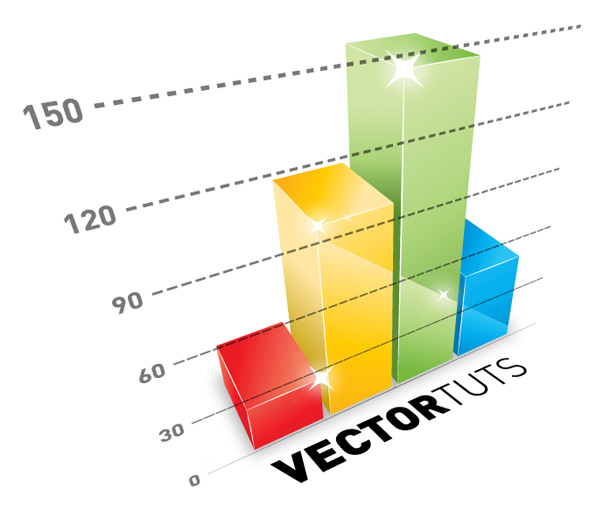 This tutorial moves at a quick pace. You'll learn to work with Illustrators 3D tools, Brushes, Gradients, and Blurs together. Learn to add numerous elements after Mapping Art and applying a simple 3D Extrude & Bevel. 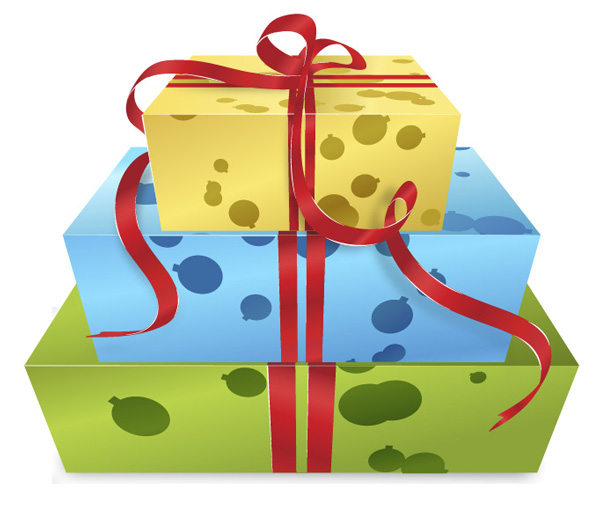 Learn how to create a custom shopping basket icon for your next web design project. This tutorial utilizes 3D tools to ultimately create a complex graphic that has elements that look both flat and three-dimensional. 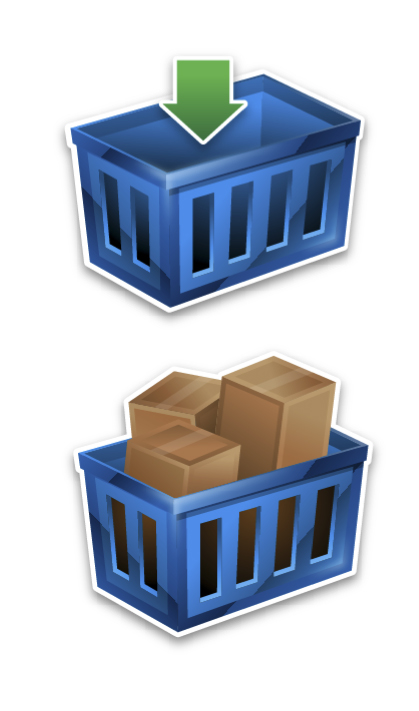 More basic element to master when working with Illustrators 3D tools are circles and ovals, which are great for composing simple spheres and elementary wheels. With these shapes you can create some interesting designs.

Work with mapping art, vector 3D, and numerous Illustrator tools to create vector planetary space scene. This is an intermediate level tutorial, though beginners should be able to make their way through it. 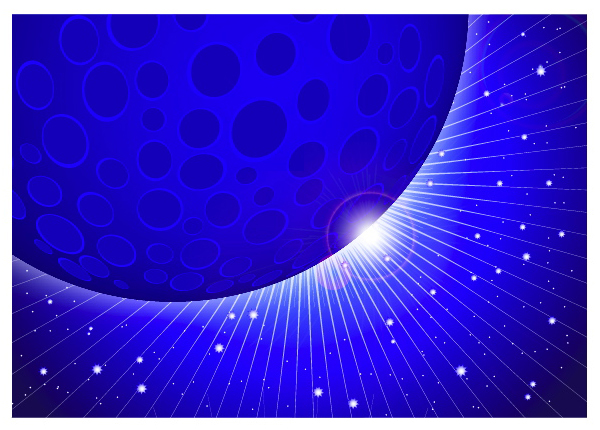 Learn to make an eye-popping vector eyeball with this intermediate Illustrator tutorial. We'll use numerous Illustrator tools, including 3D tools, to create this illustration. 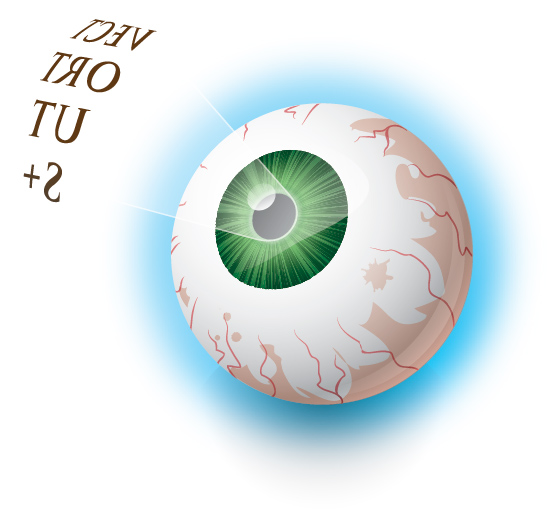 How to Make a Detailed 3D Vector Tire in Illustrator

In this tutorial, I will show you how to create a vector tire with very easy tools and techniques. The important and trickier part of this tutorial is the tire stripes, but we'll solve this simply with Illustrators 3D tools, and we'll give it a great final look.

How to Create a Juicy RSS Feed Icon

Let's learn how to make a unique RSS feed icon. This tutorial requires a familiarity with Adobe Illustrator's basic tools as we'll use the gradient mesh tool and make light use of Illustrators 3D mapping feature. 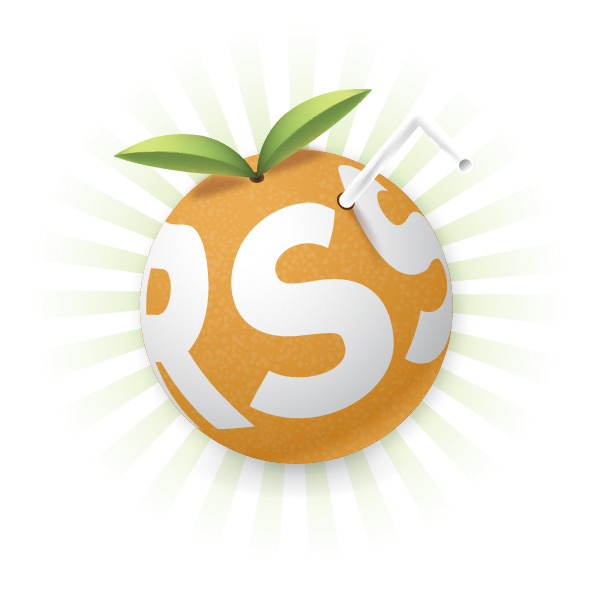 How to Make Realistic Skate Wheels in Illustrator

Using Illustrator's 3D Revolve tool, we will create a set of realistic skateboard wheels and map our own artwork on the wheel. Learn advanced techniques, such as using the revolve tool, preparing the artwork, mapping it to the 3D surfaces, and some cool tricks for adding the finishing touches.

Learn to utilize the 3D Revolve Tool and other 3D tools to create complex shapes. You'll be surprised at the variety of curvy vector graphics you can create after mastering these tools.

How to Create Funky 3D Springs in Illustrator

Many of us have done this before in Auto CAD, 3D Max or Maya. In this tutorial, we will learn how to create 3D springs in Illustrator. We'll be using the 3D Revolve Tool and some manual effort to obtain this quality vector result. 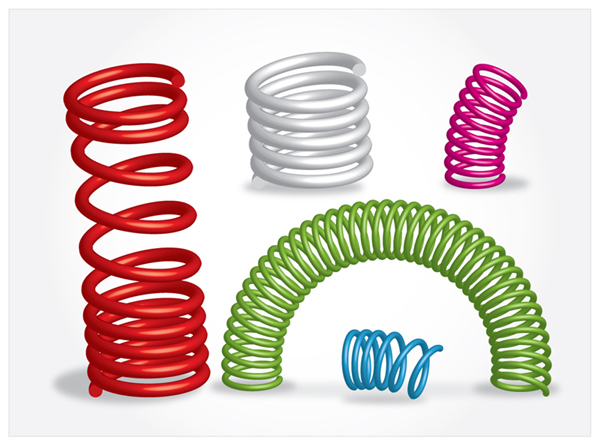 In this tutorial, we'll explain how to create a 3D chess scene with the help of the 3D Revolve Tool and gradient masks. This is a great introduction to the 3D Tool in Illustrator, and shows you how to pose your creations within an illustrative checkered environment. 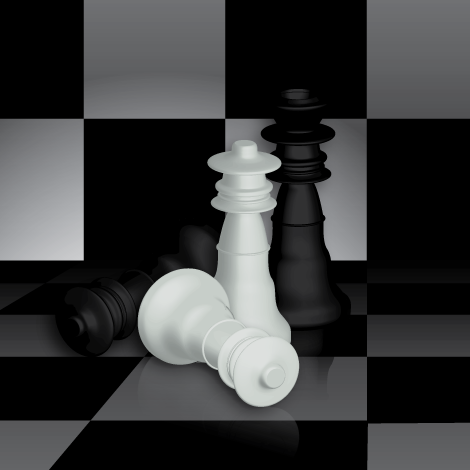 How to Create a Caramel Ripple Effect

In this tutorial, we will create a hot chocolate caramel effect using some distort tools and Illustrator's 3D Revolve Tool. This is a simple and effective technique to obtain a quality vector ripple effect quickly. 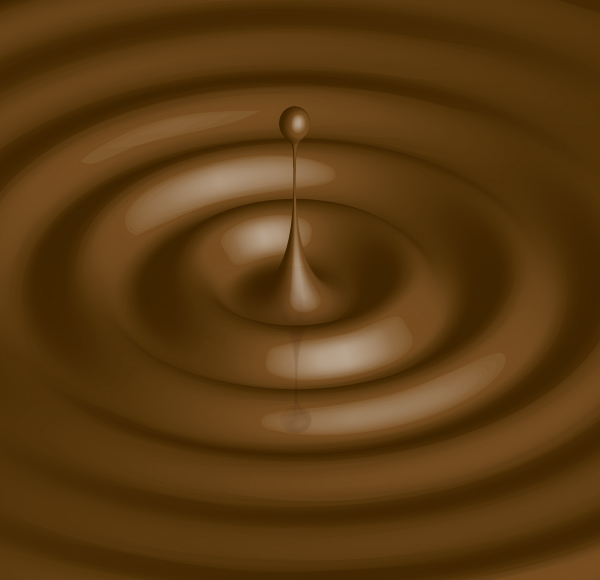 How to Create Sheet Rolls with Custom Spirals

In this tutorial, I’ll explain how to make custom spirals (apart from the default spiral tool), and use them creatively in making rolls of paper. So far, I came to know that the spiral tool does not allow a uniform decay (equal spacing) between each wind of a spiral. In this tutorial, I will expose some basic tricks to do so. You'll use Illustrator's 3D tools to expand the paper rolls after creating custom spirals.

Create a 3D Push Pin and a Paper Note in Illustrator

In this tutorial, we'll show the beginning Adobe Illustrator artist how to create a 3D push pin with the 3D Revolve Tool. We'll learn how to apply highlights and create shadows for a more realistic effect and add a paper note to it. 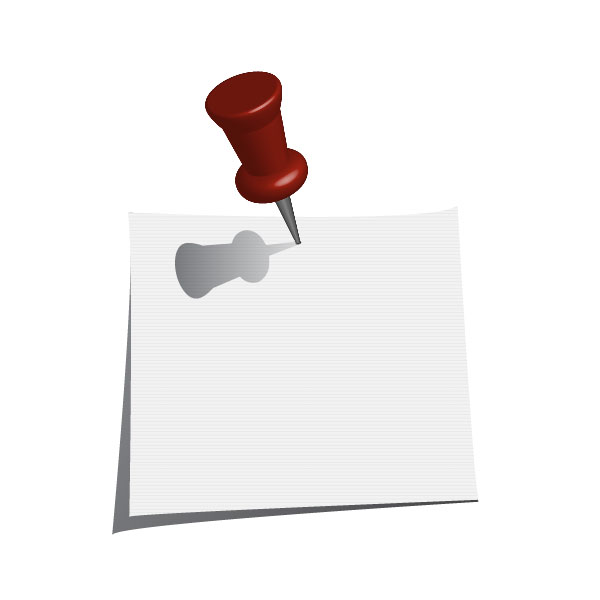 Using Illustrator's 3D Tools on Type is a great way to quickly add depth and interest to your vector lettering. Tackle a few simple tutorials to get going with 3D type in Illustrator. And then Vector Plus members can tackle a more challenging subject.

This tutorial is perfect for the advanced beginner who wants to take their skills to the next level. We'll explore how to create 3D text and use depth-of-field to enhance a design.

In this tutorial, I will show you how to create a fun 3D pixel font type treatment. Using a free font, gradients, and Illustrator 3D filter, you will easily create a type treatment that you can apply to many other fonts. 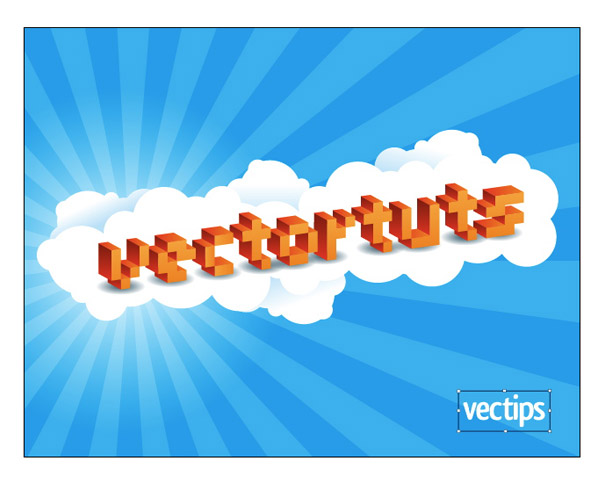 In this tutorial, we'll explain how to create a bar of soap and give it a retro look. This isn't just any soap though, but vector soap that has a stylistic nod to Fight Club. You'll also learn to enhance this design with type that has an equivalent extrusion applied to it. I am jacks clean, calm, vector rage!

How to Create Dirty, Recessed Type in Illustrator - Vector Plus Tutorial

If you want to learn how to craft a custom recessed text effect, then we have an awesome tutorial for you. Vector Plus members learn to create recessed graphics by taking advantage of Illustrator's 3D tools, which add a sense of depth to your artwork. 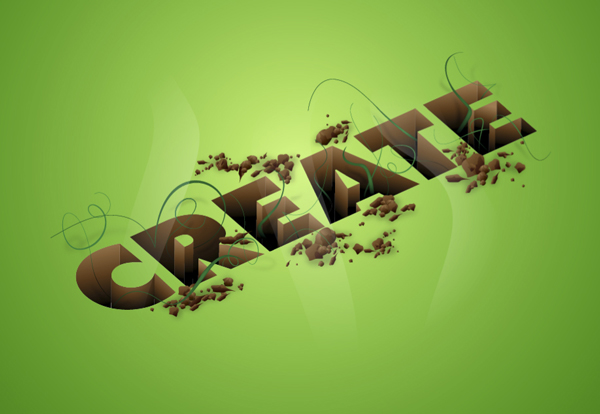 Often, the best way to be sure of your depth and angles is to render objects using Illustrators 3D tools. This tutorial will take you through building a 3D spark plug from multiple components and then expanding the image into a 2D vector diagram. Previous experience with Illustrators Revolve and Extrude tools will be necessary for this.

In this tutorial, we'll be taking those skills up a notch and discussing how Illustrator deals with transparency in 3D objects. In just a few steps you'll have created a plastic cola bottle, which is ideally suited for those of you involved in product marketing. 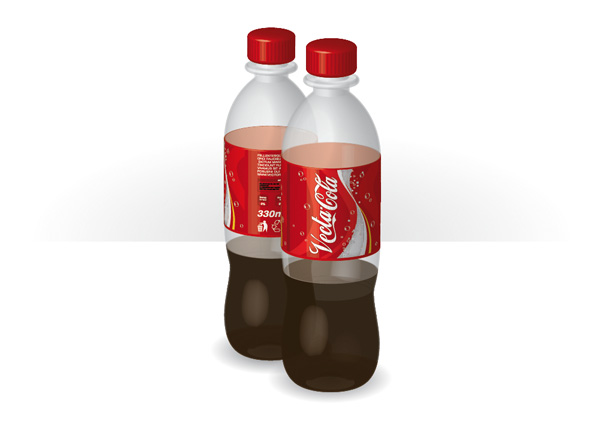 Learn to make a handy calendar icon to use on your blog, website, or print projects. We'll use Illustrators Path and 3D tools to create this design. 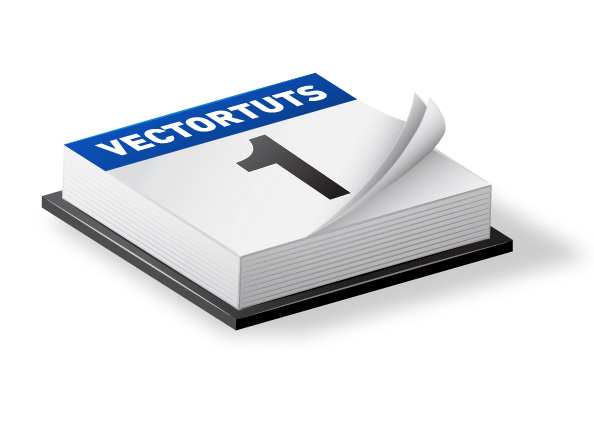 In this tutorial, we'll explain how to create an open book using mostly Illustrator's 3D Extrude & Bevel Tool. We'll create open pages with graphics and add a wavy background. The book can be customized by applying your own graphics to the pages.

Take your skills to the next level with this tutorial on creating a shiny voluminous object. We'll cover how to use a variety of tools like Gradient Mesh and 3D effects to create a more realistic illustration.

Create a Milk Bottle with a Funny Cow Label

In this tutorial, we'll explain how to create a 3D milk bottle. We'll also cover how to create and apply a cute cow label to it. Let's have some fun with this one! 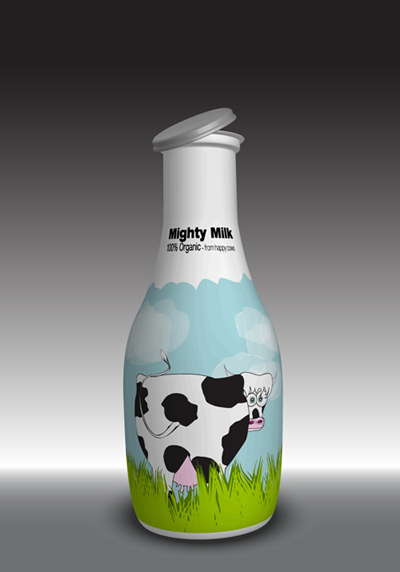 Illustrator has offered a range of 3D tools for some time and this tutorial aims to get you started familiarizing yourself with them. We'll be creating a can of beans, built entirely from vectors, using the Symbols palette, the Extrude tool and Illustrator's Image Mapping. Enjoy!

How to Design a Custom Newspaper Icon - Vector Plus Tutorial

If you want to learn how to craft a custom newspaper icon in Illustrator, then we have an awesome tutorial for you. In this tutorial, Jonathan takes Vector Plus members through the process of using Illustrator's 3D tools, and numerous other Illustrator tools, to construct this icon. 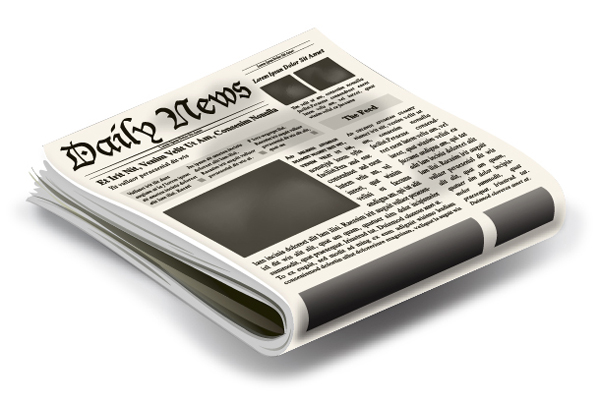 We have another awesome PLUS tutorial exclusively available to members today. If you're looking for a workflow that demonstrates how to professionally combine traditional illustration with the 3D Tools built into Illustrator, then this tutorial is for you.

There are also quite a few tutorials across the net that you can use to built your Illustrator 3D skills with. Take a look at a couple roundups below to see if any of those projects capture your imagination: