It seems in one of my previous tutorials, Create On-Trend Flat Type with a Nautical Theme in Adobe Illustrator, I struck a cord regarding my technique for adding shadows to text. In this quick tip I'd like to show you an alternative method for creating 100% vector shadows using the Appearance panel and and offset fills in Adobe Illustrator.

1. Adding a Shadow with Fills

There is some debate over whether or not one should use the "Drop Shadow" Effect found under Stylize in the Effects menu, or if you should use a new Fill and Offset the fill to create your shadow. They both have their own merits and are both vector but it is believed that using a fill rather than the Drop Shadow is the proper method for creating shadows in Illustrator. Neither way is 'wrong' but I'll show you both below and let you decide which you prefer.

To begin, select your text and navigate to the Appearance panel (Window > Appearance) and at the bottom select the "Add New Fill" button and change the color to something other than the main text color Now click-drag that new fill layer below the "Characters" text section in the Appearance panel so that fill will appear hidden.

When the Transform window appears you can use the Move options to adjust the position of this fill layer to suit your needs. You can also scale the fill and rotate it as well as flip it and create a series of copies of this same fill. For now however we'll only be using the Move options as seen in the screenshot below.

Let's go ahead and duplicate this Fill layer by clicking the Duplicate Selected Item button at then bottom of the Appearance panel. Then change the color of the fill so you can see the difference in the previous effect. Once done, click the Transform text under the fill layer in the Appearance panel and adjust it over another few pixels as seen below.

2. Add a Shadow with a Drop Shadow

Go ahead and create another text object. Now navigate to the Appearance panel (Window > Appearance) and at the bottom select the Add New Effect button and select Stylize > Drop Shadow and enter the settings seen below. Notice with this method you only have the ability to Offset the X and Y axis, but you can also adjust the Opacity, as well as the Blending Mode, and even add a Blur. In the previous method these options would have to be addressed separately after the Fill was moved into place.

Which Do You Prefer to Use?

Viewing both methods side-by-side reveals there are no visible differences. The only real difference is the amount of steps and options one has between the two methods.

In my eyes there is no wrong way to apply a Drop Shadow. Both methods have their own merits, it simply depends on how much control you wish to have over the shadow itself. Feel free to experiment with both methods and choose which ever one fits your projects needs.

Check out these other Quick Tips that show other techniques for adding shadows to your vector elements: 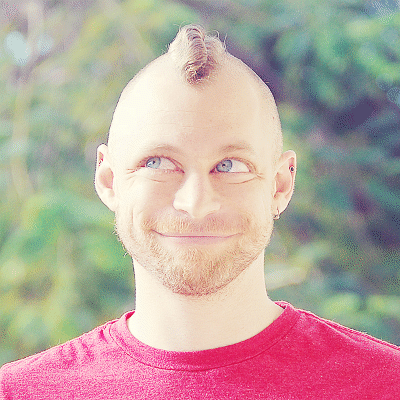 Chris Carey
My name is Chris Carey aka Ikue and I'm an avid vector enthusiast looking forward to providing vector tutorials to the masses. I hail from the Bahamas on the island of Nassau. Feel free to visit me on Twitter and on DeviantArt.
pikuechu
Weekly email summary