What is the Line of Action 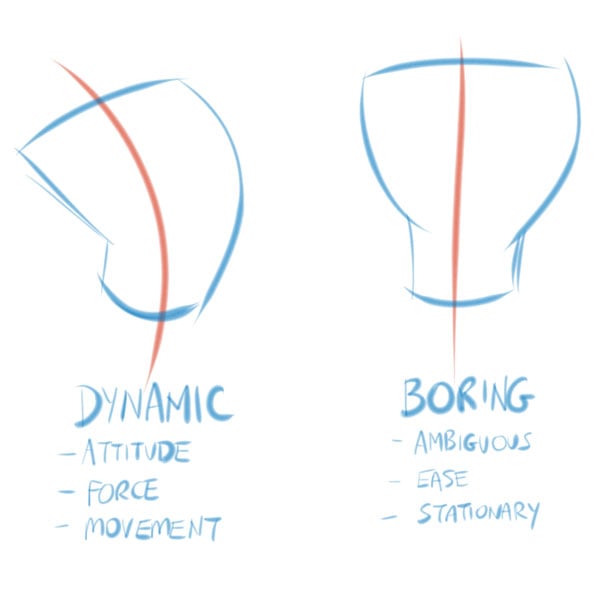 The line of action is a simple curved line that evokes movement. Avoid making your line of action S-shaped or straight - it will hinder the overall force and make the resulting pose look less dynamic. 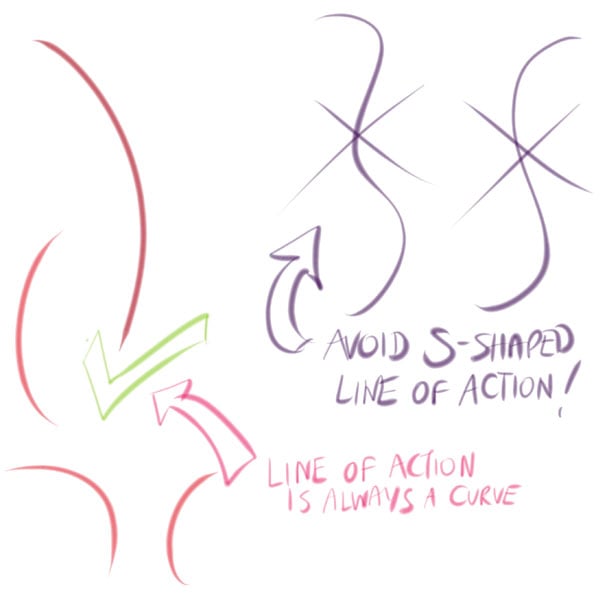 Below are examples of poses utilizing a strong line of action. Note that even though the character may be standing "still", there is still an attitude being projected, simply by having the torso coincide with the line of action.

When drawing from life, find the line of action - note it down, and then proceed to exaggerate it. It'll make the resulting pose feel more "alive" and less stiff. 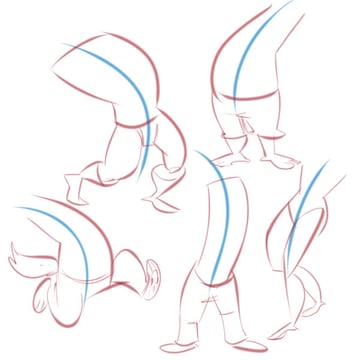 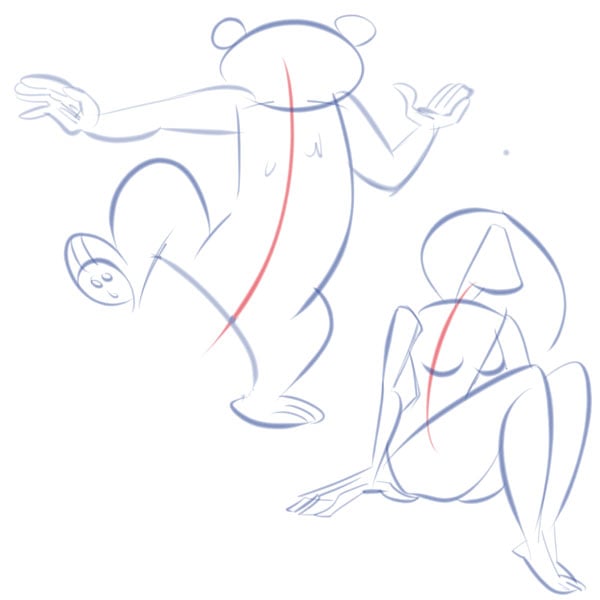 In the example below, we can see that as the line of action is made more horizontal, the character's run appears to be getting faster. 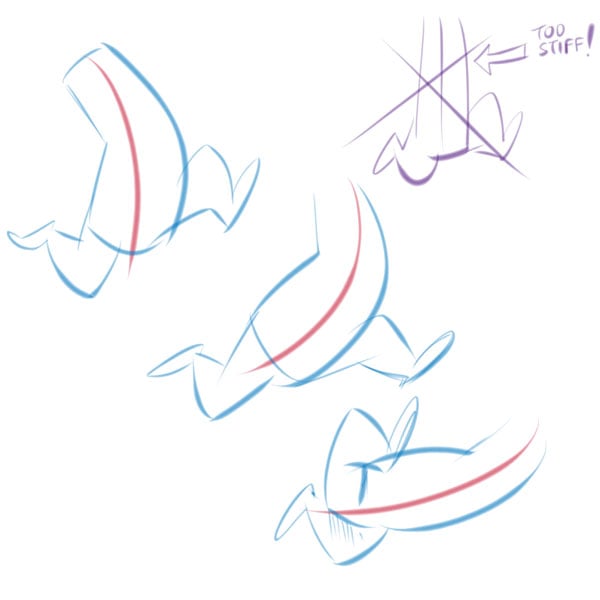 To give our character poses even more variety, we can twist the torso against the hips. By "breaking the plane", we automatically add depth to a pose. Coupled with rendering foreshortened elements of the body, the possibilities are endless. 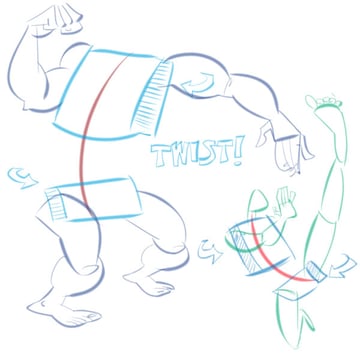 The line of action can make your character poses more dynamic and easier to read. Give it a try on your next character design! 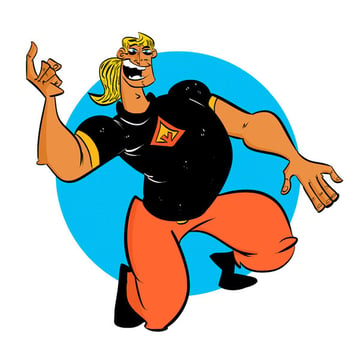