Quick Tip: How to Use the Align Panel in Adobe InDesign

Open an existing project or create a New document by going to File > New > Document, define your page size and other attributes. Click OK. 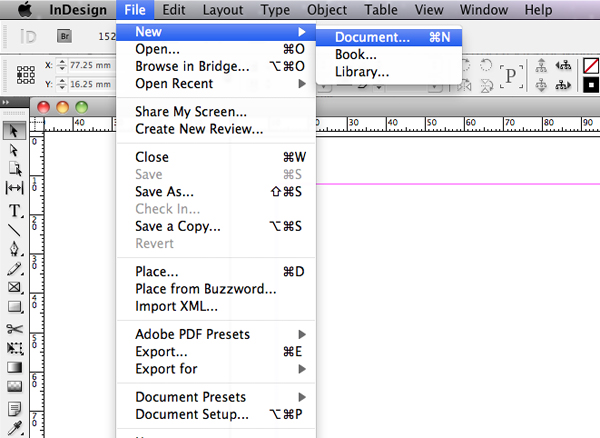 If you are working with a new document select one of the shape tools (Rectangle, Ellipse or Polygon) and draw a number of various shapes in random positions similar to the example below. 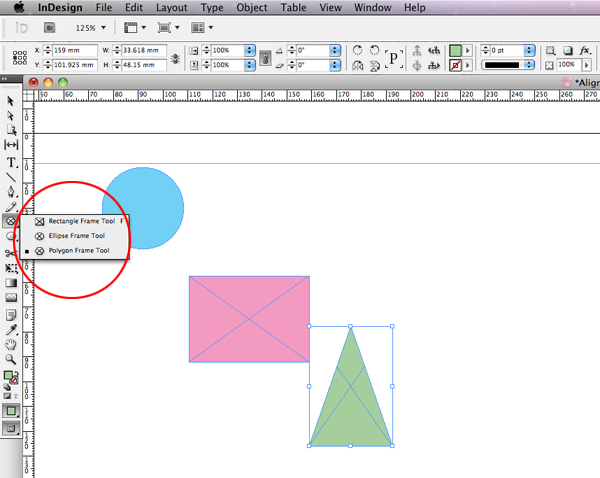 We are now going to open the Align panel by going to Window > Object and Layout > Align. The panel should now be visible. 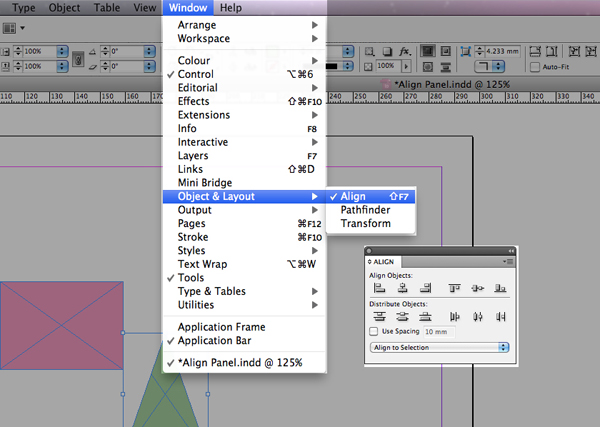 The panel will be divided into three parts. Situated at the top is the Align objects area. Let's take a look at the first button, the Align left edges. 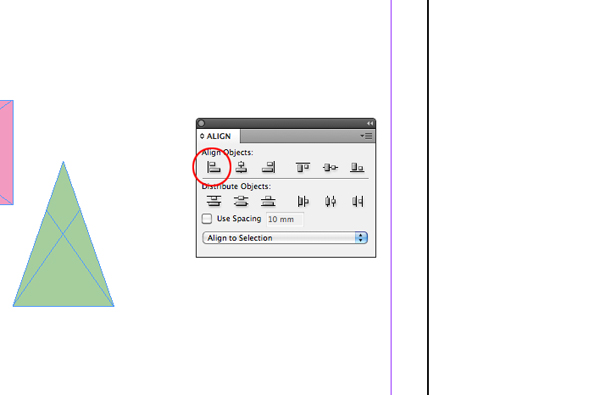 Before we start make sure that Align to selection is selected within the drop down menu. 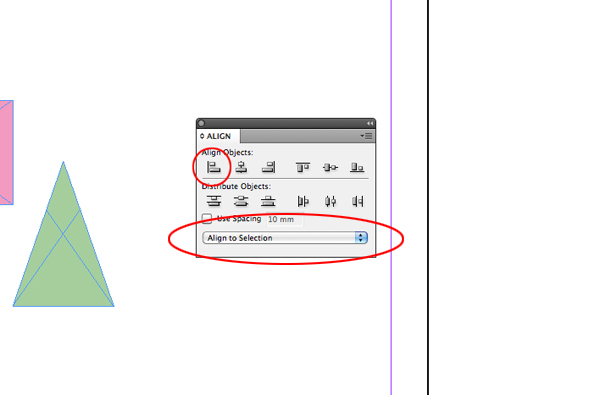 Select a few of the objects within your spread with the Selection Tool. Navigate back the panel and press the Align left edges button. You will see that the objects will line up with object edge which is farthest to the left.

The rest of the buttons within the Align objects section behave in the same way, however they will align to their command as illustrated below. 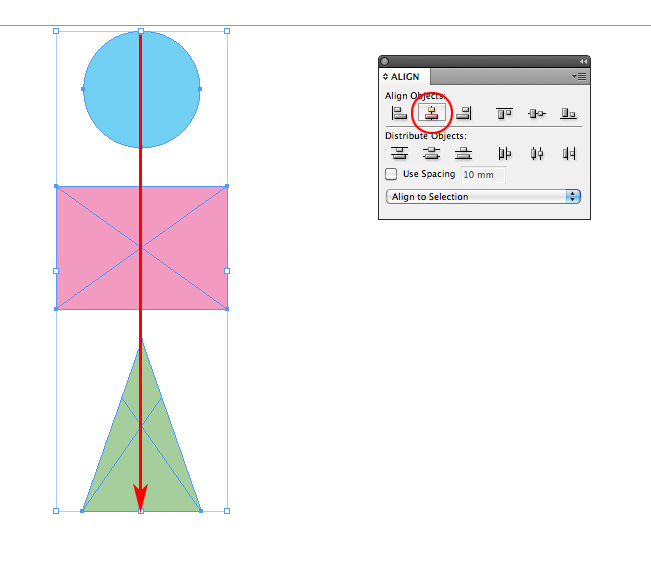 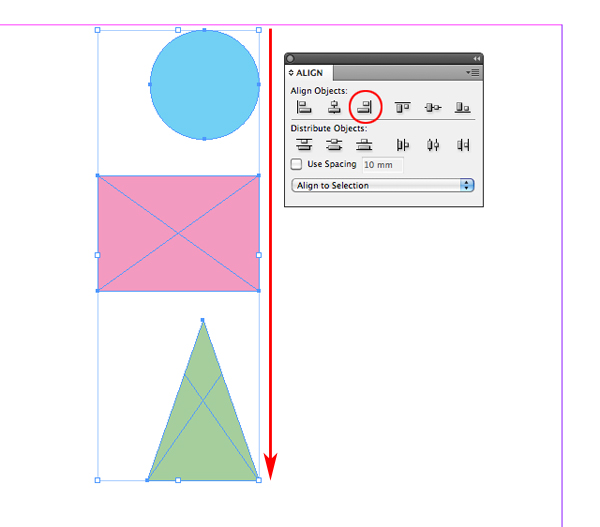 The next section down is Distribute objects. This section behaves in a similar way to the Align section, the difference here is the objects are distributed evenly as oppose to lined up in their original position. 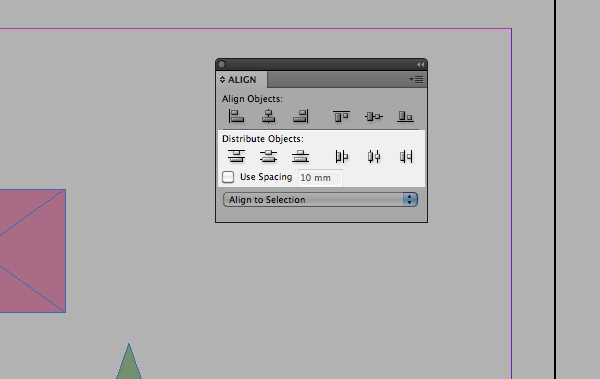 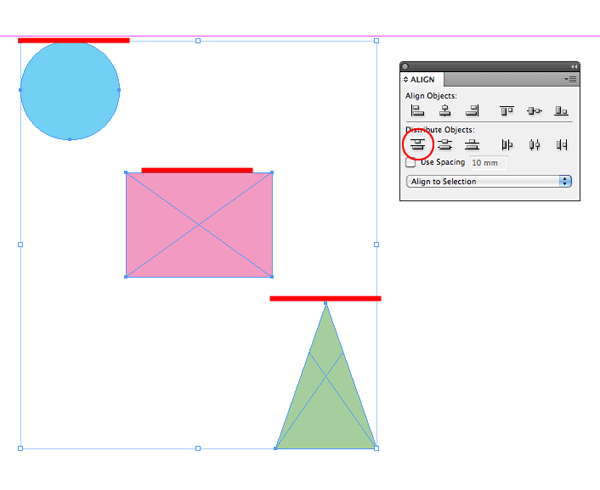 Here are the visual examples of the other options. 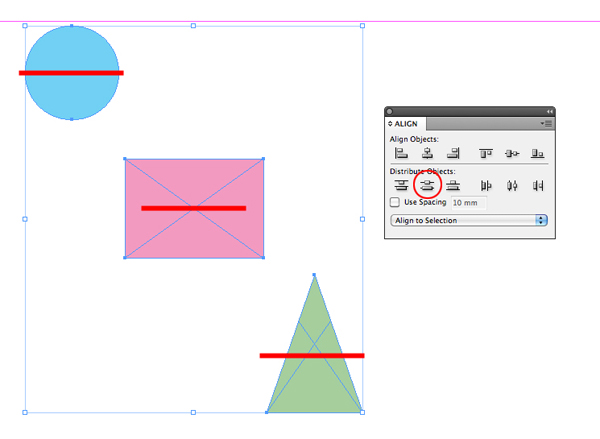 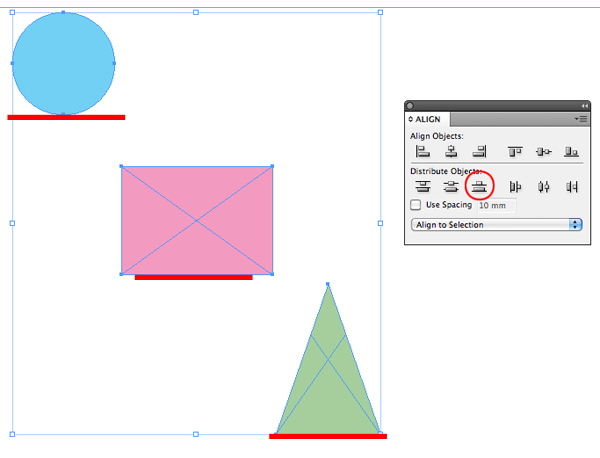 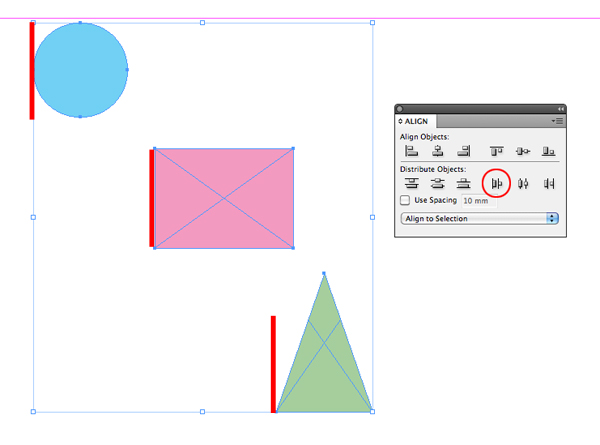 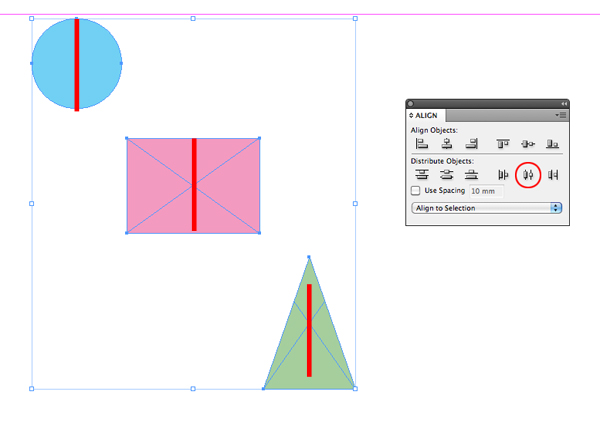 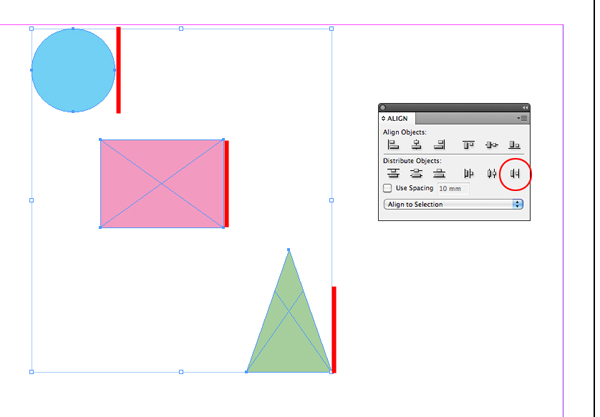 Located below this section is a tick box named Use spacing. The purpose of this feature is to control the amount of space between points when using a particular command. For example, if you wanted to step the objects every 10mm you would do the following:

Select the objects > tick the use spacing box > enter the measurement, 10mm > and press the Distribute bottom edges button.

Finally the last section of the panel is hidden from view. To reveal this section go to the drop down menu at the top right hand corner of the panel and activate Show Options by clicking on the black triangle. Another section named Distribute Spacing should pop into view at the bottom of the panel. 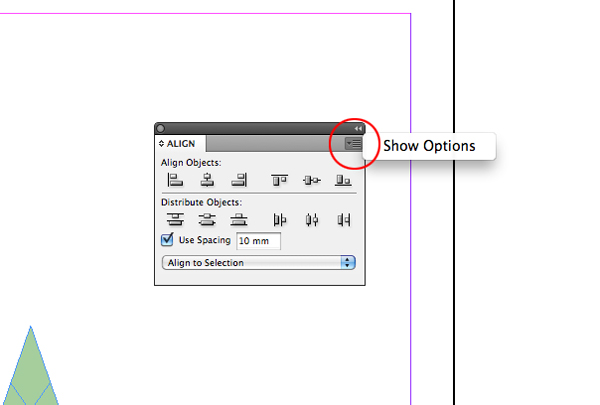 This feature is similar to the Use spacing feature we looked at in the last step. The difference between the two is that this option will space in between the objects and therefore only works on horizontal and vertical spacing.

To see it in action select a number of objects, set the amount of space you want between them and either select Distribute horizontal/vertical space button. Instantly you will see the objects jump to the command. 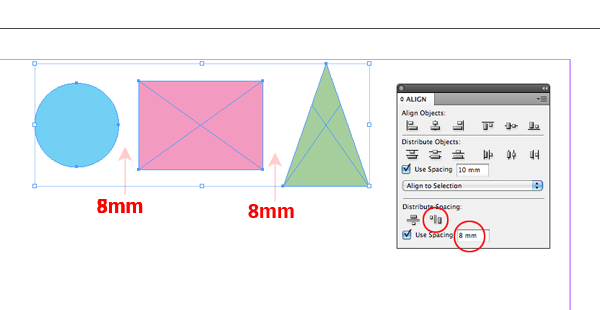 As I mentioned in my intro this is simple panel but it is one that should not be ignored. Next project that you are working on try to use the Align panel to your advantage. We have a round up of Adobe InDesign tutorials for beginners if you're wishing to learn even more. Thanks for reading. 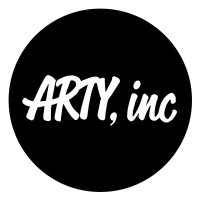 Gavin Selby
Gavin Selby is a Graphic Designer who has 12 years studio experience working with Adobe InDesign, Illustrator, Photoshop and After Effects. Although his design work is mainly digital he also enjoys drawing, print making and creating animations. He believes in collaborating and sharing knowledge and that's why he is writing for Tuts+.
Weekly email summary