Making smooth looking curves and curls in vector can be tricky, especially if you're working with hand drawn forms. In today's Quick Tip I will show the process of outlining some extremely curly letterforms that have been hand drawn and scanned into the computer. The process can be made a little bit easier with the help of some shapes, the scissors tool and the Shape Builder Tool. Let's Begin!

Before you take a sketch into the computer for inking, you should always refine your design as much as you can. The more precise and defined your final sketch is the easier it will be to make it in vector.

As you can see in the image below, I've sketched out some very curly letters for Spring. I could have spent some more time working out a way to make the middle look like less of a "w" and more like an "r" and an "i" but for the purposed of this tutorial I'll leave it the way it is.

I used a piece of sketch paper to refine the shapes and make the final outline sketch to be scanned into the computer. I scanned it in at 600dpi as my sketch was fairly small, you can of course sketch and scan in any dimensions that you feel comfortable with.

So the two main tools I will be using are the Ellipse (L) and the Scissors Tool (C). To make smooth even curves, trace the outline of the curves using the Ellipse Tool. Rotate and scale the ellipses until you've matched them as closely as you can to the contours of the sketch.

Use the Scissors Tool (C) to cut the outlines of the Ellipse and with the Direct Selection Tool (D), select the part of the shape you don't want and delete it. I've cut the shapes at places where they intersect with other curls and where I will need to join them with other lines.

To use the Scissors Tool you can either click where you want to cut the path - or - if you want to make a cut at an existing anchor point, you can select a point with the Direct Selection Tool and go to the top of the window and locate the Cut Path At Selected Anchor Points button in the Control panel. 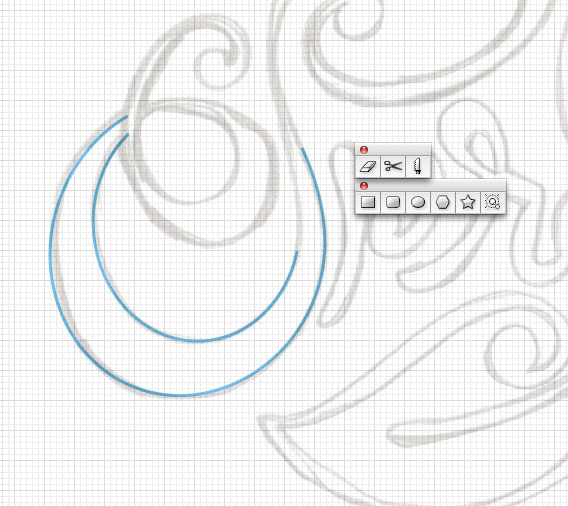 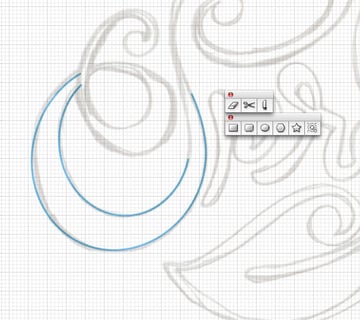 Continue to draw the curves in with the Ellipse Tool and cut out the parts that you don't need, outline all of the main elements on the letterform. 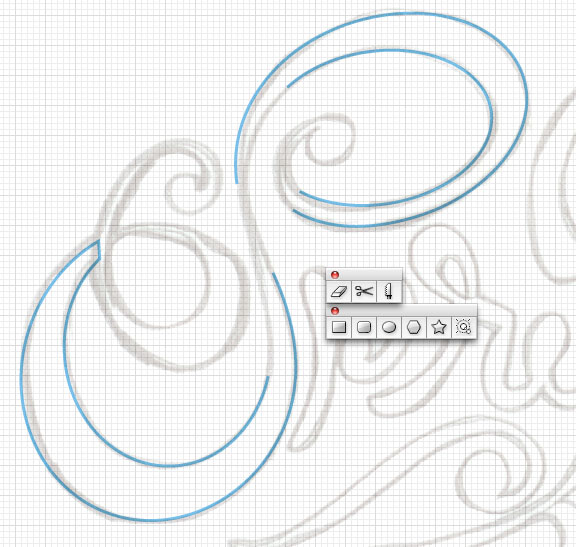 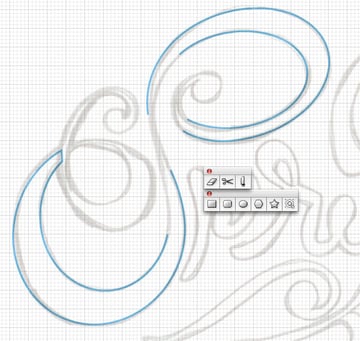 When you have made the main curves, take the Pen Tool (P) and join the cut ends of the paths. To extend the curls, like the one on the end of the S shape, take the Ellipse Tool and draw in the second curves. Once they are drawn, you can go into Outline Mode (Command + Y) to see exactly where the path is drawn. Using the preview mode as a guide, position the shapes up as close as to the corresponding lines as possible.

In the image below you can see the first curve I made (blue) is lined up with two circles that I have made to continue on the curls (pink). 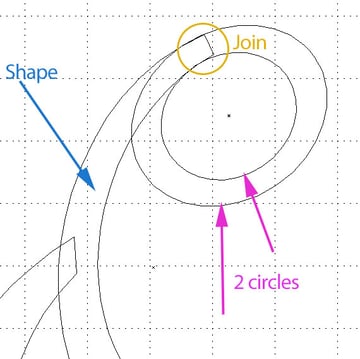 If you have two paths that need to be joined, one of the best ways to do it is with "Join" function. Again, this is where the Outline Mode will come in handy. First, go into Outline Mode, then Zoom as close as you can into the two paths you want to join. Position the points so that one is on top of the other, select both points with the Direct Selection Tool and go to Path > Join (or press Command + J) This will "glue" both of the points together to make the two lines into one. This trick is good if you want to join one shape to another or if you have a gap in a shape that you need to close.

From time to time there will be lines that could use some smoothing. For small areas I like to use the Smooth Tool (in the Pencil toolbar) If you double click the icon a settings dialogue will come up that will allow you to change the smoothing settings to suit your needs. I like to keep the Smoothness and Fidelity settings fairly low so that the changes are subtle. If I need to change a line completely use the Direct Selection Tool. I use a great plug-in called Draw Scribe (which is demonstrated in the tutorial, Shape Building with Vectorscribe) but it does cost money to download. 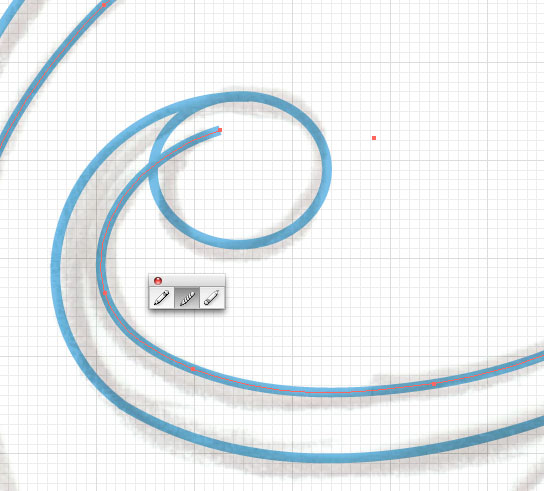 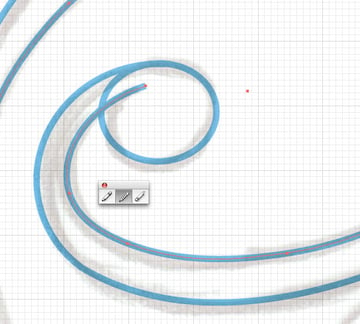 Here's the finished "S". As you can see there's a few places that can use some further tweaking and smoothing, but overall the shape is complete and I'm ready to move onto the rest of the letters. Note that this shape is made from a few different sections, you shouldn't use the Pathfinder Tool to combine the shapes until you're 100% happy with the form. It's much easier to edit and even replace parts of the shape than it is to work with a single object. 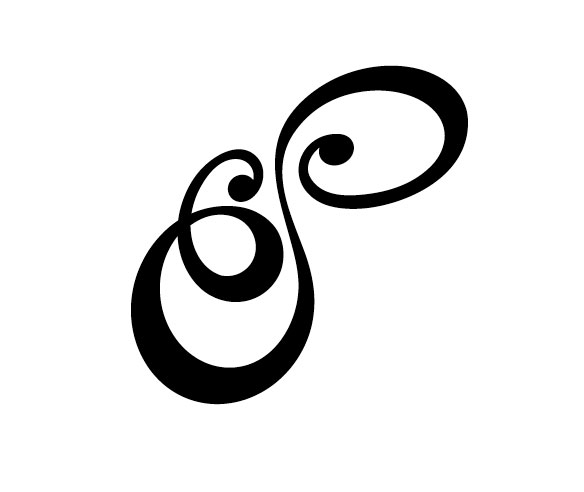 Next I will show you how I outlined the "P". First I used the Ellipse Tool to draw the rounded ends of the letter.

I then added two more circles to make the loop. 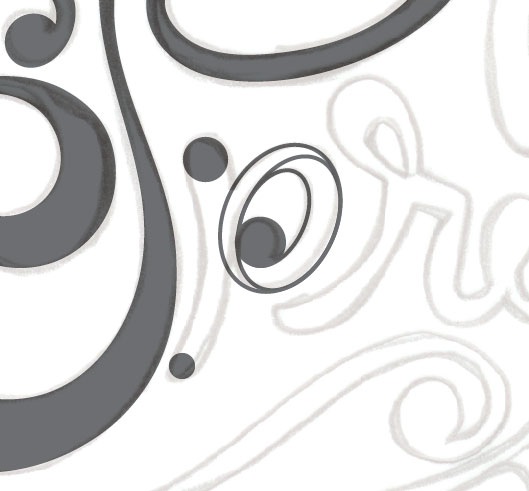 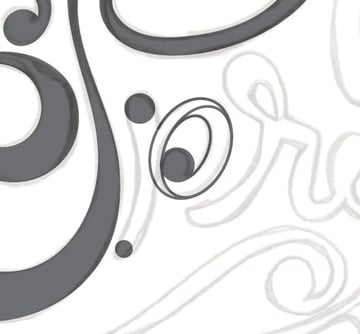 I then cut and joined the loop and used the Pen Tool to draw two pointed lines to make stick part of the "p". 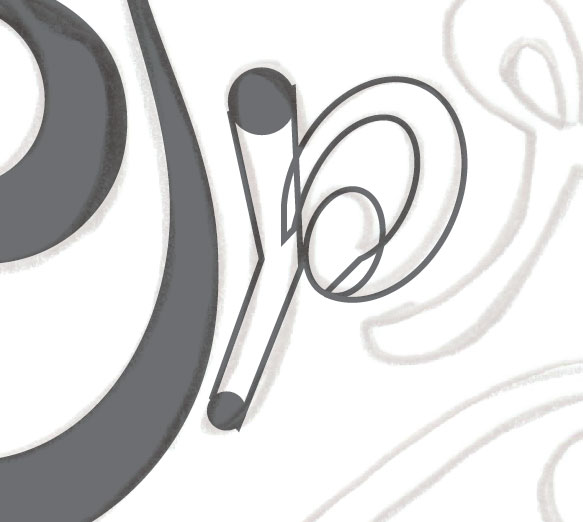 With the lines in place, I then curved the pointed lines using the Convert Anchor Point Tool (Shift + C) cut the end circles in half with the Scissors Tool and joined the lines of the half circles to the curved lines to make a closed shape. Again, don't use the pathfinder to combine any large shapes until you're 100% happy with the way it looks. 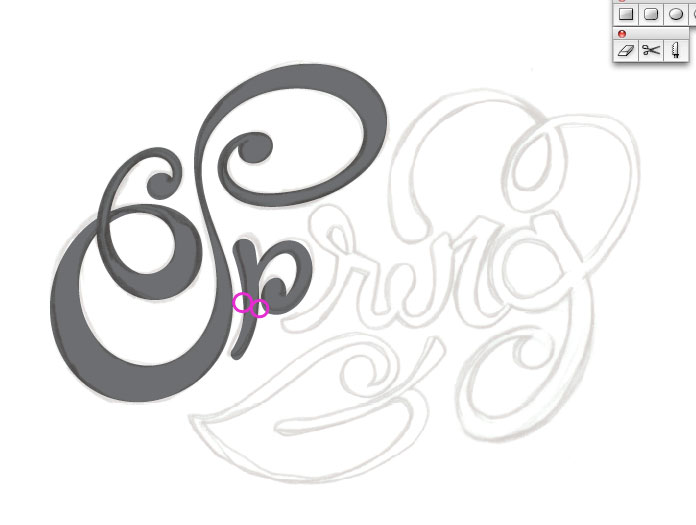 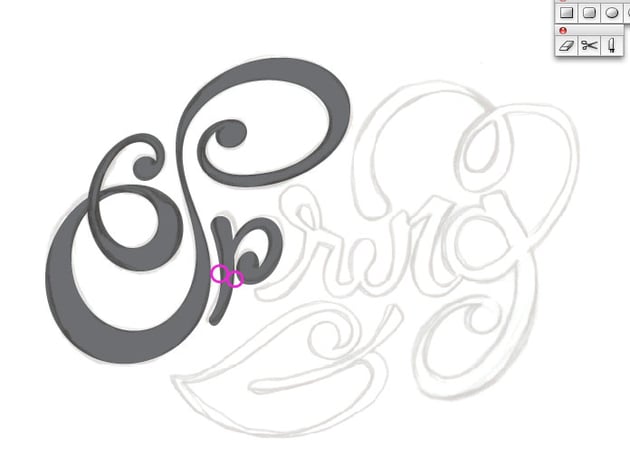 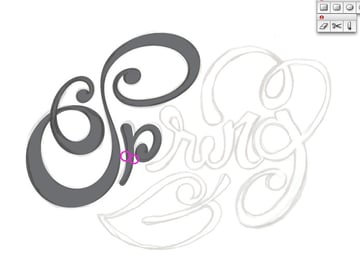 The next technique is good if you have lots of curves and circles to draw. If you look at the image below, this is the outline of the "i". The magenta area is the shape I want to make. The circles are drawn and positioned in a way that contours the shape of the letter, the circle with the blue highlight is used to define the end of the shape (the top of the "n").

With these shapes in place I'm able to use the Shape Builder Tool (Shift + M) to add and subtract the parts that I need to make the letter from. The Shape Builder Tool works like the Pathfinder and allows you to use your cursor to Add or Subtract (hold down the Option Key) parts of overlapping shapes and lines. Make sure your shapes are selected before using this tool. 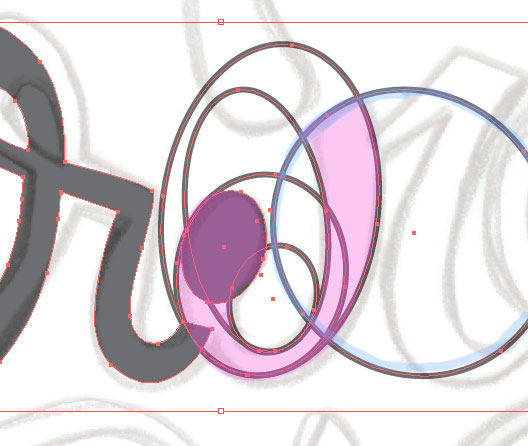 Here's my finished curly lettering. As you can see, it isn't as perfect as it could be, but it's a good start. For advanced users of Illustrator, I would advise you to smooth out the curves by hand. You can do this by deleting any unwanted points and correcting the placement of the curves. Taking the time to tweak the lines will make a huge difference in the finished illustration. 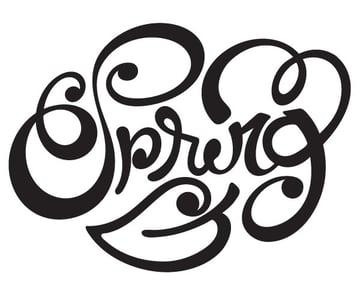 If you're still improving your Illustrator skills, you could try the Simplify settings (Object > Path > Simplify) to smooth out some of the lines, but again, you can only achieve a professional finish if you take the time to edit the curves by hand. 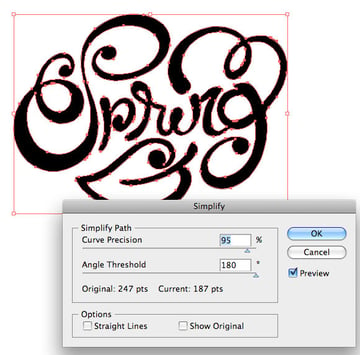 Here's the final image. I've had a play around with some gradients and highlights to see if I can make the "r" and "i" look less like a "w" but I think I'll have to go back to the drawing board with this one ;)

I hope you've enjoyed this quick tip, if you have any questions or comments feel free to ask them in the comments section below or on the Vectortuts+ facebook group, I'll be happy to help. 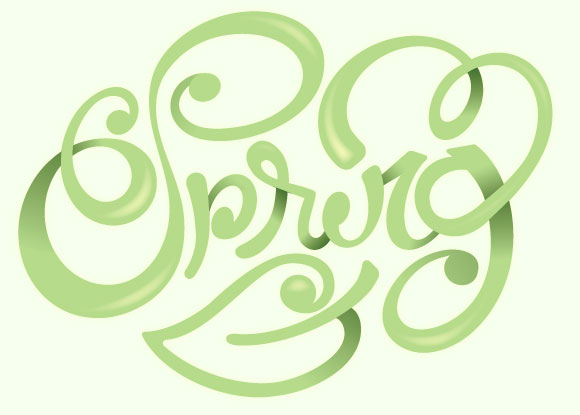 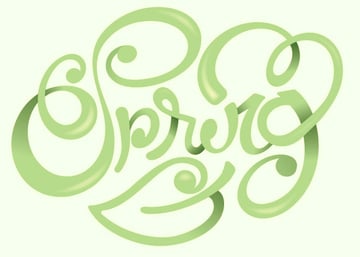