In this Quick Tip you will learn how to draw wood curls and create cracked edges using the Scribble effect in Illustrator. You will also learn a quick way to make a wooden texture effect using Sprayed Strokes. Let's get started!

Let’s start with drawing the curvy shapes. Take the Pen Tool (P) and draw the first shape that you see below. It’s important to have the four corner points and this is also valid for all the other shapes.

Now draw the next shape, the red one, using as reference the two right corner points of the previous one. It’s easier if you first draw the top and the bottom curved paths and then close the shape at the sides because those are straighter. Continue drawing the next red shape but this time start from the two left corner points of the previous shape and follow the same idea for the next ones that you can see in the image.

Here are the last shapes to draw, you can see the entire curl on the right. 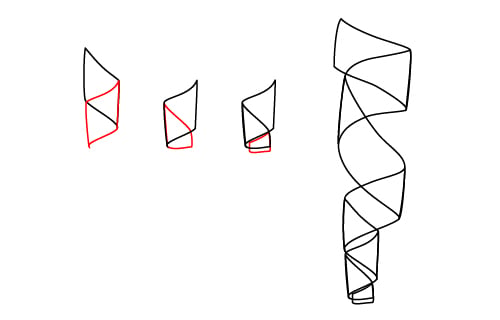 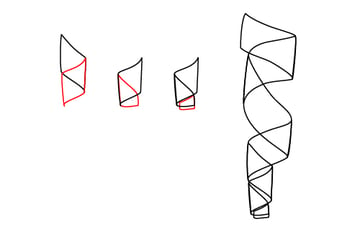 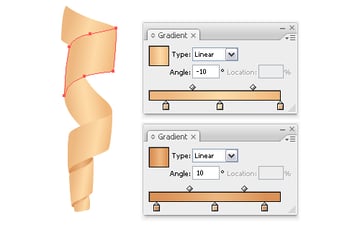 Now you need some of the paths so you can create the cracked edges. In the image, you can see an example using two of the shapes. Copy and Paste in front the first shape of the curls (the top one), delete the fill and give it a 1 pt Stroke then take the Scissors Tool (C) and click on the two top points shown. Keep the top path and delete the rest. Do the same for the second shape but cut it in all the four points and after delete the right and the left paths. Continue to do this for all the other shapes and only keep the paths that you can see on the curl in the right. 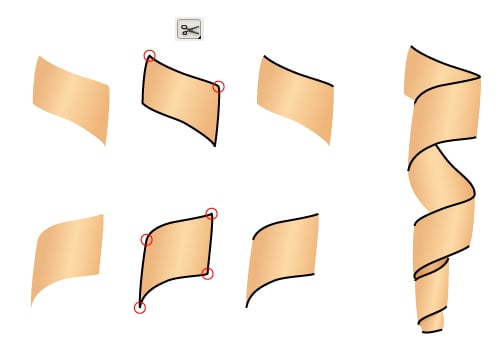 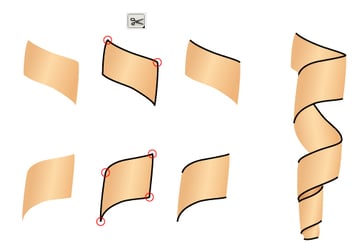 Next you will apply the Scribble effect for each of the black stroked paths made above. Select the first one then go to Effect > Stylize > Scribble and you can see in the images at the next step how to change the values. 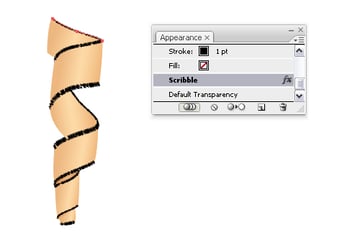 The most important values that need to be changed are the Angle and the Variation, these two are going to be different from shape to shape. Set the rest of the values like in the image, keep them the same for all the shapes.

The angle value should be changed depending on the curves and the orientation of each shape and the variation depending on how wide and visible you want the cracked effect to be. For the first path made in step 3, the proper angle value is 41 degrees and the variation is 1 px therefore a small value because you are at the beginning of the curl and the cracked edges should be discreet. 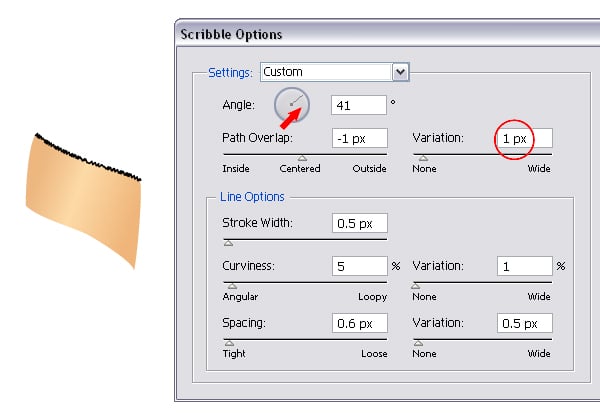 The next example uses the bottom path of the second shape. As you go towards the middle of the curls the cracked edges should be more obvious and at the end (the bottom portion) they should be smaller like at the top. In this case, set the variation value at 2 px, and also change the angle value according to the orientation of this path, 112 degrees works this time.
Do the same for the other black stroked paths following the same idea and when you are done go to Object > Expand Appearance then Object > Ungroup for each one then Object > Expand. Check the Stroke and again Object > Ungroup. 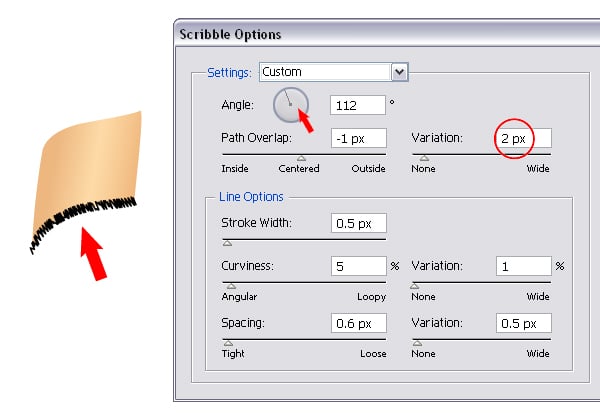 Now select the second shape of the curl and also the top and the bottom shapes obtained after expanding and click on Add to Shape Area > Expand from the Pathfinder Panel. Do the same for all the other shapes. 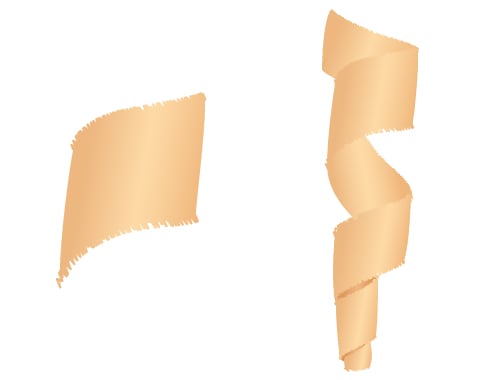 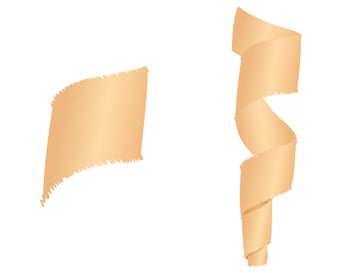 Next I will explain how you can obtain a quick wooden look, the easy way. Use the Sprayed Strokes effect so, Copy and Paste one of the curl shapes infront of the other, go to Effect > Brush Strokes > Sprayed Strokes and set the values like in the image at the next step. But as you can see below that is not quite what we need especially on the sides.

To fix that, select the pasted shape on top, go to Object > Transform > Scale and apply a 140% Uniform Scale. Now use the smaller shape, the original one, which has to be sent in front to create a mask. Select both shapes, go to Object > Clipping Mask > Make and if a massage appears because the compound paths are too complex just click OK.

You can see the entire curl in the image below, I think the wooden look is quite good. Also depending on the orientation of the shapes in the Sprayed Strokes window you need to change the Stroke Direction for some of the shapes from Right Diagonal to Left Diagonal. 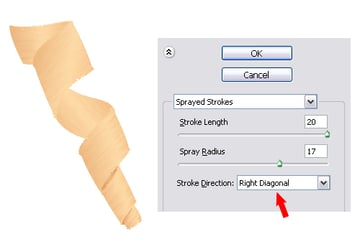 The final thing to do is to add some shadows. Take the Pen Tool (P) and draw the three lightly curved paths, select a 1 pt Stroke using dark brown (R=78,G=50,B=44) then go to Effect > Blur > Gaussian Blur and set a 2 px Radius value. Place each shadow properly before and after the right shapes.

Here is another type of curl that you can draw following the same steps. First draw all the shapes, color them, cut the paths to obtain the segments that you need to apply the Scribble effect and then give it the wood texture using the Sprayed Strokes effect.

The tutorial is done and this is the final image with all the wood curls. Hope you found it useful.

Tools & TipsEffectsVectorAdobe Illustrator
Did you find this post useful?
Yes No
Would you like to provide feedback (optional)?
Cancel Submit