Quick Tip: How to Create a Seamless Pattern in Adobe Illustrator CS6

The creation of the seamless pattern was always not an easy task, which required exactness and diligence. Fortunately with the new version of Adobe Illustrator CS6 this process became automatic, so now every beginner can solve this task easily. Let's check out how it works!

In July 2012 the Summer Olympic Games starts in London. Our seamless pattern will be devoted to this significant event. To show you the capabilities of the new feature of the Pattern Creation in Adobe Illustrator CS6 we will use the landmark of the Big Ben from the Premium Vector Pack- World Landmarks. 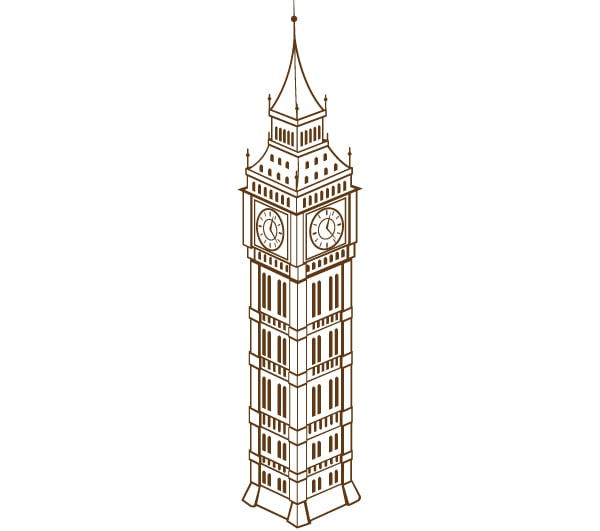 To create the seamless pattern select the object and go to the Object > Pattern > Make. As the result of these actions, we will be in special mode in which we can control the seamless pattern with the Pattern Options panel and get a visual control of the process of its creation. 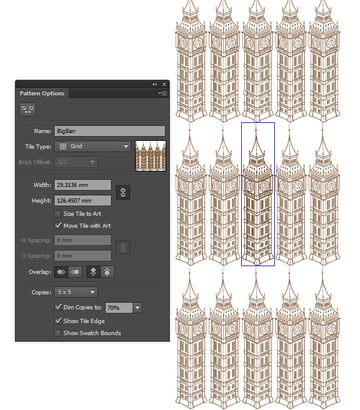 Note, the Big Ben pattern has already appeared in the Swatches panel. 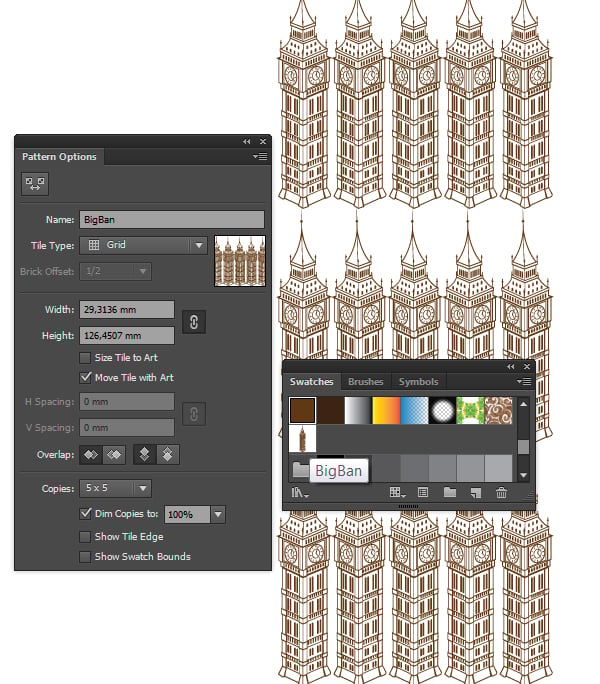 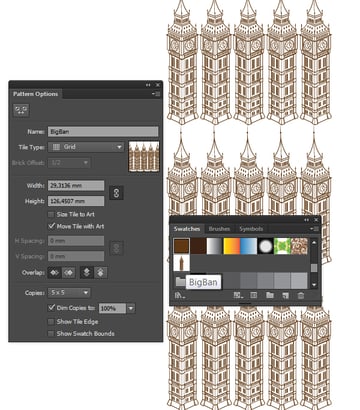 The Tile Type option allows to create different types of the Seamless Pattern: 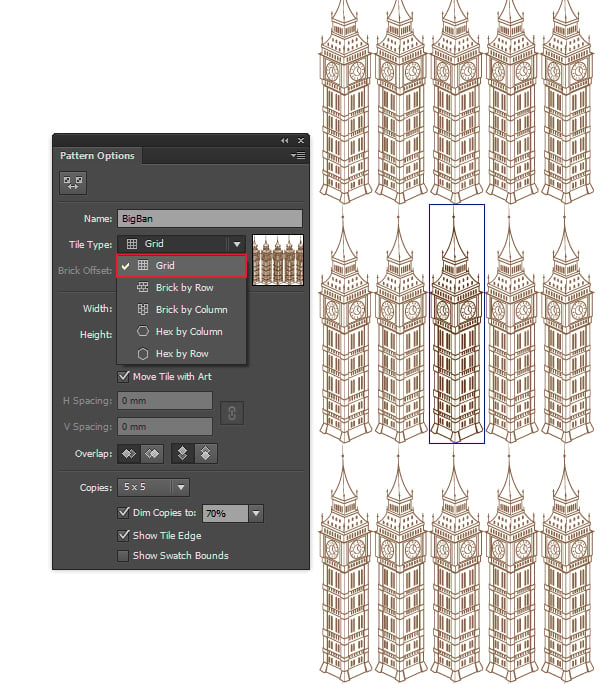 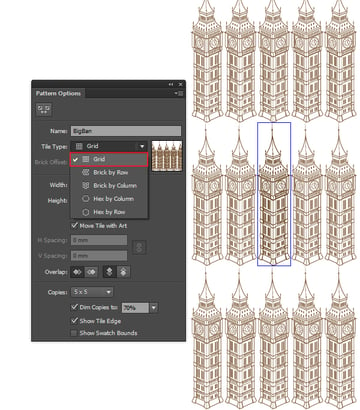 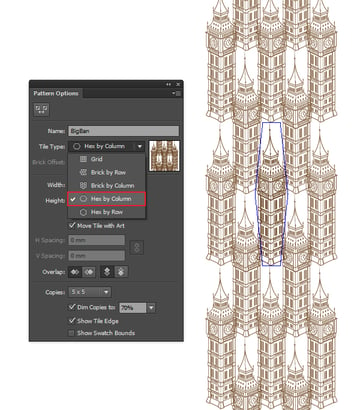 When you use the Brick by Row and the Brick by Column, the Brick Offset is been activated, which allows us to shift tiles vertically or horizontally. 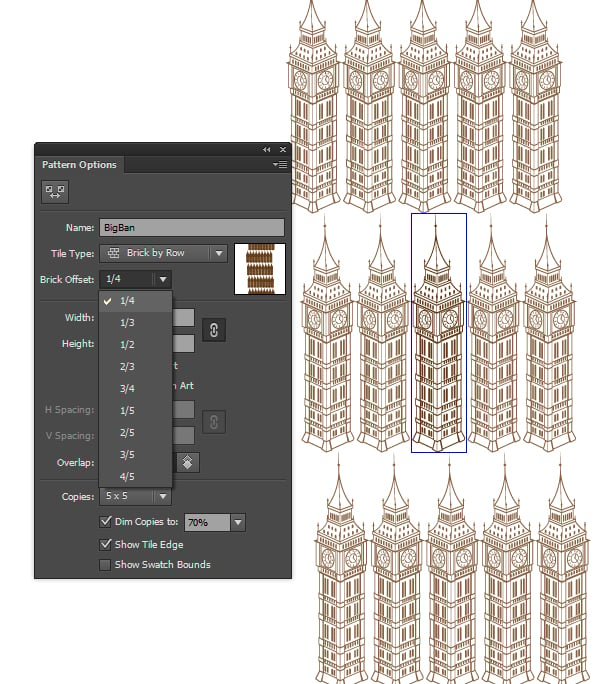 The change of the values in the numeral fields of the Width, the Height and the H Spacing allows us to change the size of the tiles and set up the size of spacing between the elements of the Seamless Pattern. 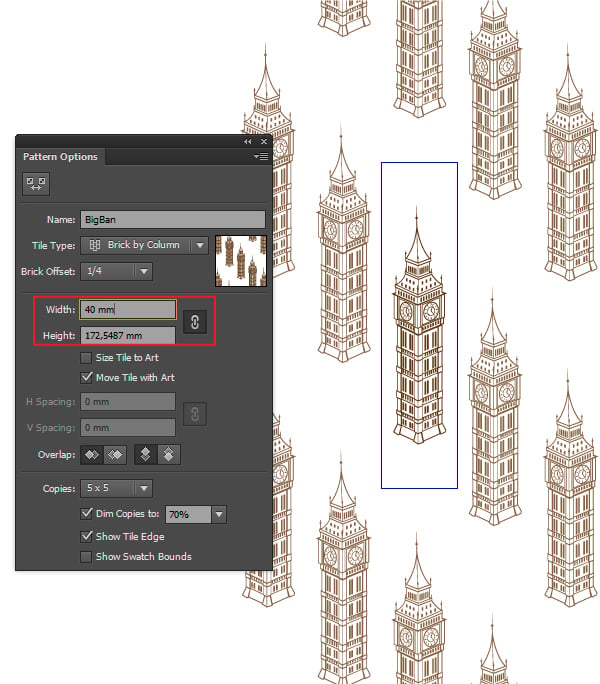 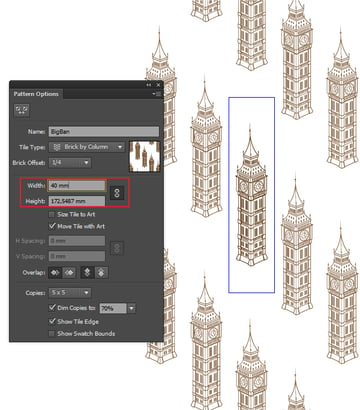 With the Pattern Tile Tool we can change the size and location of the tile manually. And if we use the Brick by Row or the Brick by Column type, we have an opportunity to change the value of the brick offset. 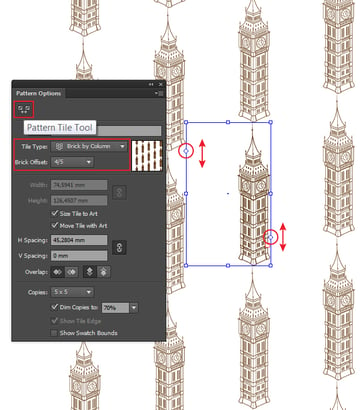 To get back to the initial shape of the seamless pattern, tick the Size Tile to Art. 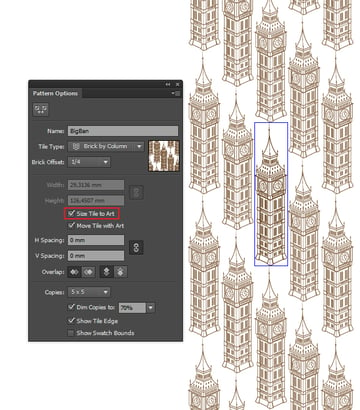 We have an opportunity to edit the existing objects and to create new objects. All the changes will be shown on the whole pattern. 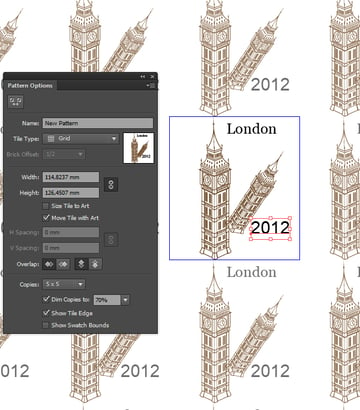 To demonstrate the usage of the Overlap function, let's add some new objects. You can see on the pictures how the type of the overlapping of the neighbour elements of the tiles changes when you change the Left in Front to the Right in Front Mode. 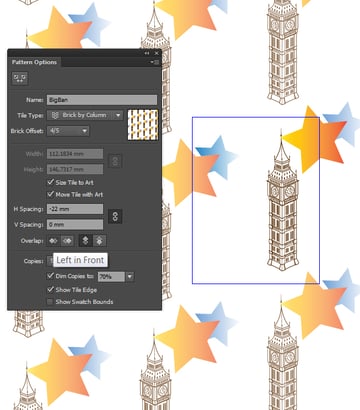 The elements on the bottom part of the panel are for the different ways of visualisation. The Copies option corresponds to the number of objects' copies in the Seamless Pattern mode. 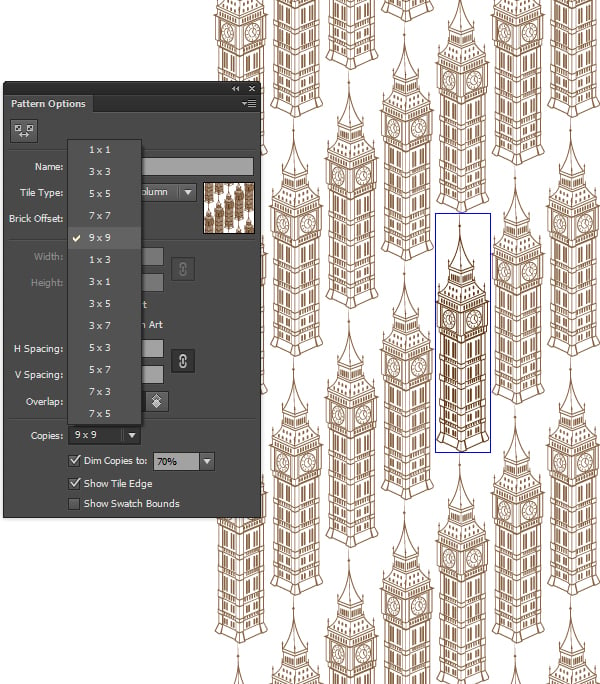 The Dim copies allows us to change the transparency of the copy of the created pattern. 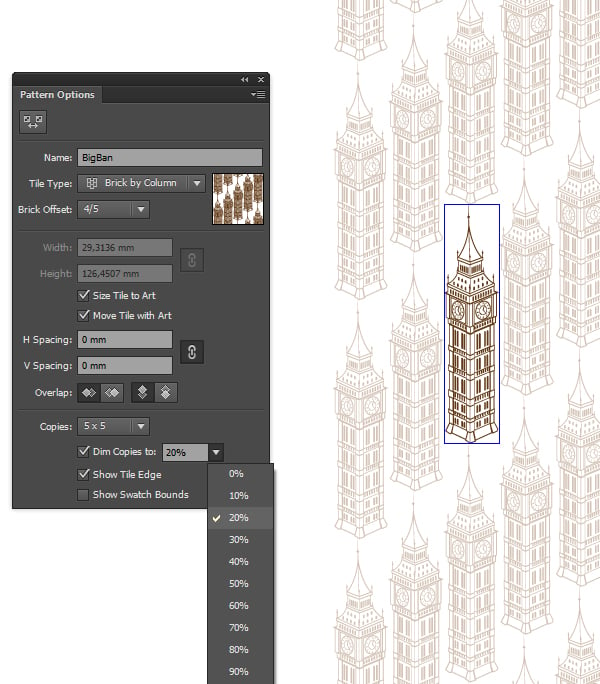 To save the changes in the seamless pattern press the "Done" on the top bar.

As the result of these actions, we leave the seamless pattern creation mode. The pattern which is located in the Swatches panel corresponds to all our changes.

Now we can apply it to any object as a fill. 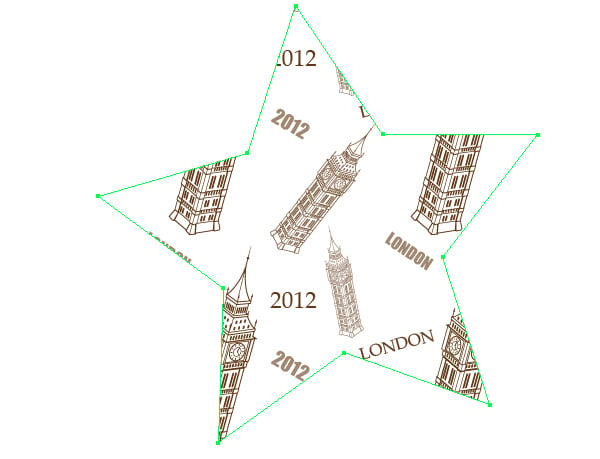 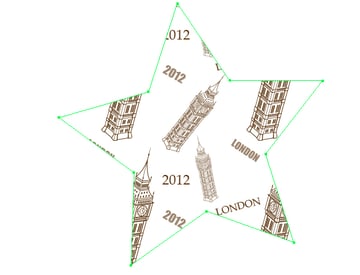 If you want to edit the created pattern, you should click twice on its image in the Swatches panel. This action will switch you to the creation of the Seamless Pattern mode.

So in only a couple of minutes using the new feature of Pattern Creation in Adobe Illustrator CS6, we have created the original Seamless Pattern devoted to the Olympic Games in London. I hope you've enjoyed this tut. 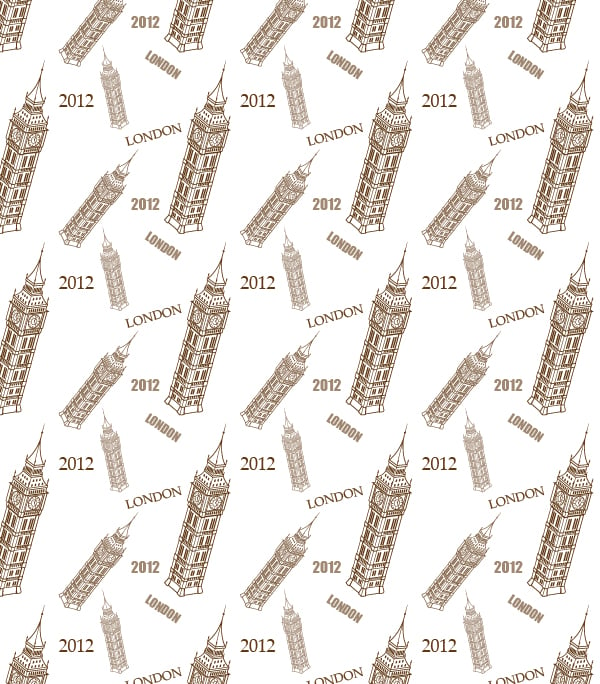 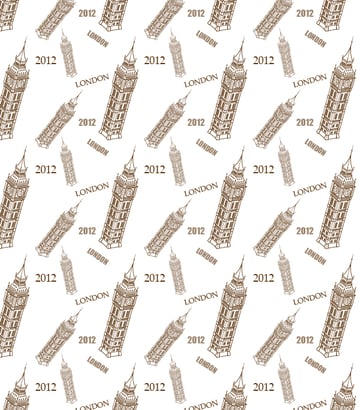