Quick Tip: How to Create a Metal Chair in Adobe Illustrator CS6

Create a path without a fill but with the stroke wide enough for our experiments. 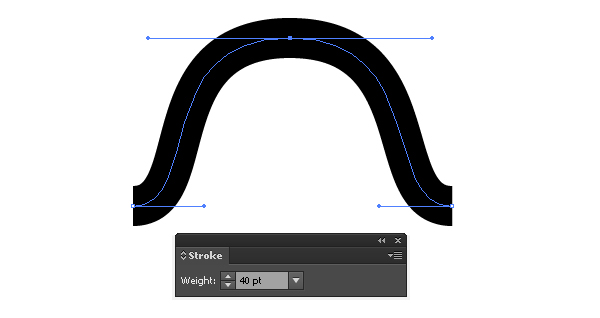 Apply a black-and-white linear gradient to the path.

Open the Gradient panel (Window > Gradient) and check out how you can control this gradient. We can change the gradient's angle; and also color, place and opacity of its sliders. 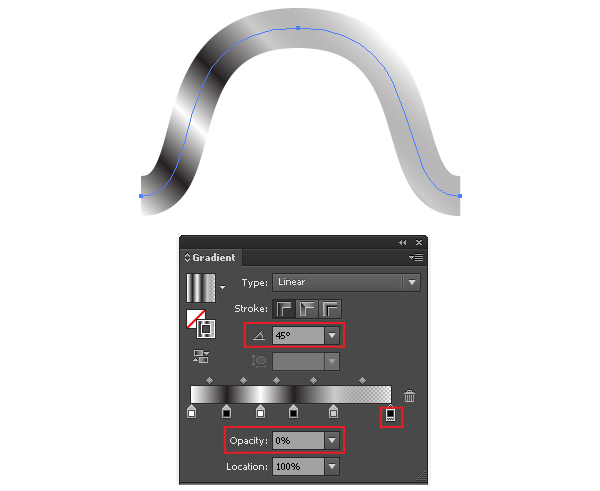 But unfortunately, we can't control this gradient with the help of the Gradient Tool (G) and the Gradient Annotator is inactive as well. 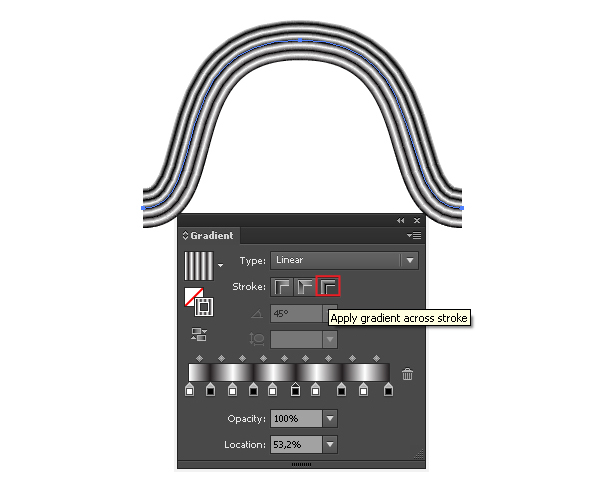 While using those two types of gradients, we can still control the sliders, but we cannot change the gradient's angle and its location with the Gradient Tool (G). The Gradient along stroke is perfect for creation of the patches of light and the conic gradients. 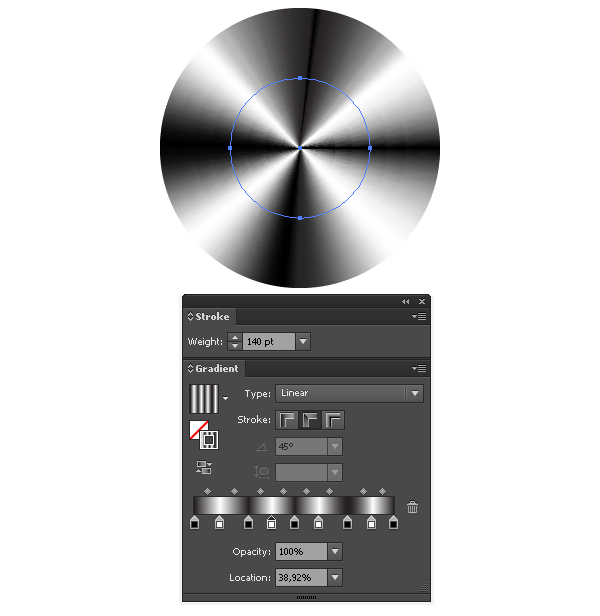 The Gradient across the stroke is good for creation of cylindrical surfaces, as tubes. 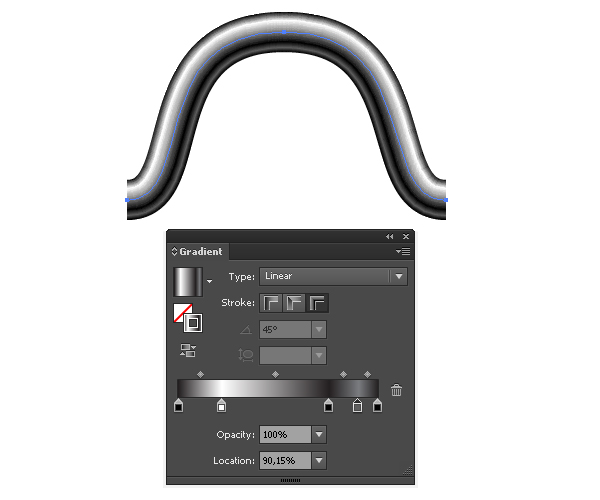 We can change the location of the path's points and control their handles; the gradient fill will be changed in accordance with the new shape of the path. 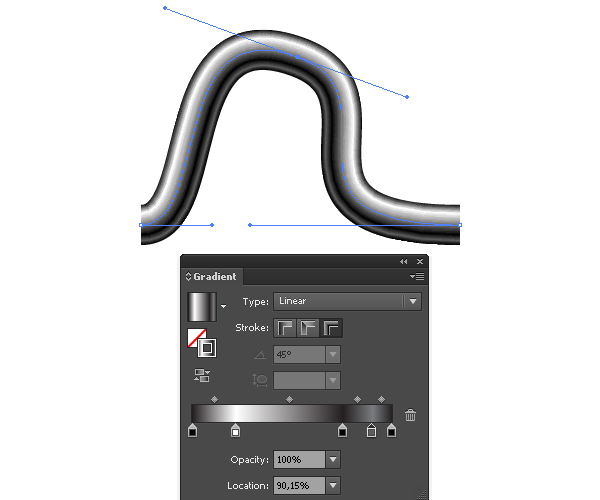 To change the path's shapes use the profiles from the Stroke panel and/or the Width Tool. 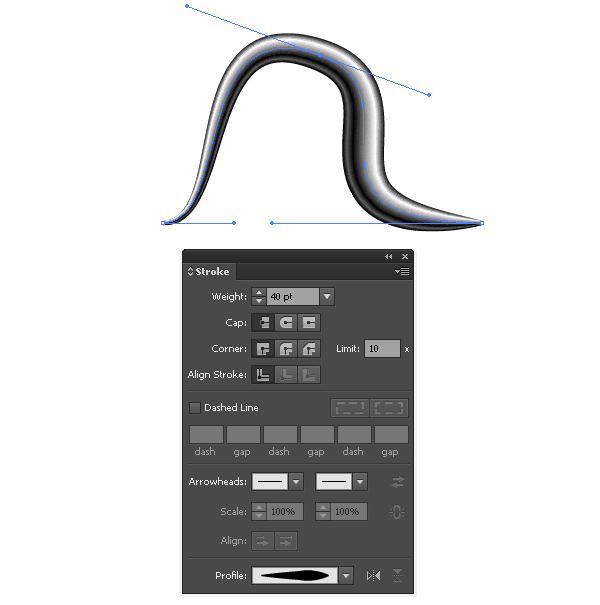 After your first impression of the new function of the Adobe Illustrator let's see how I use it on practice. I will create the chromic chair for you. Create the legs and the back of the chair with the Pen Tool (P); after that create the chair bottom with the Ellipse Tool (L).

Select the path and chose the Round Cap in the Stroke Panel. 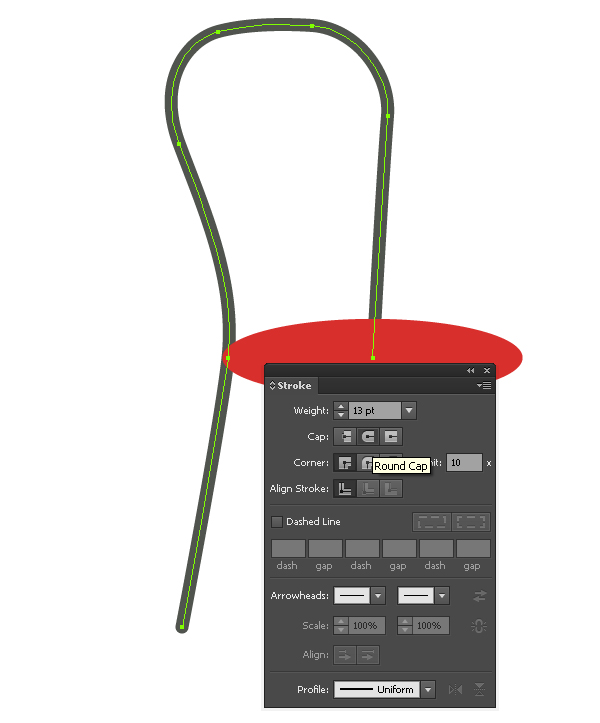 Open the Appearance panel (Window > Appearance) and create the new stroke by pressing the according button in the bottom part of the panel. Apply the linear gradient to this stroke; it consists of alternate shades of the grey color. Choose the Gradient across the stroke in the Gradient panel. 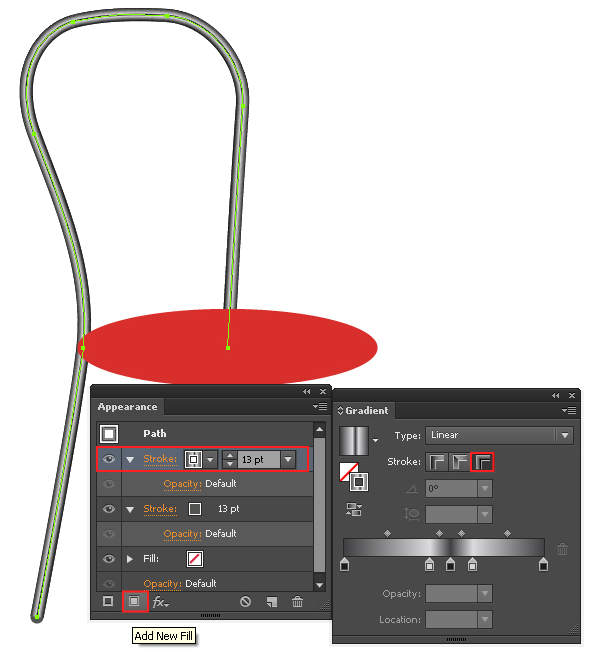 Choose the Butt Cap for this stroke in the Stroke panel. 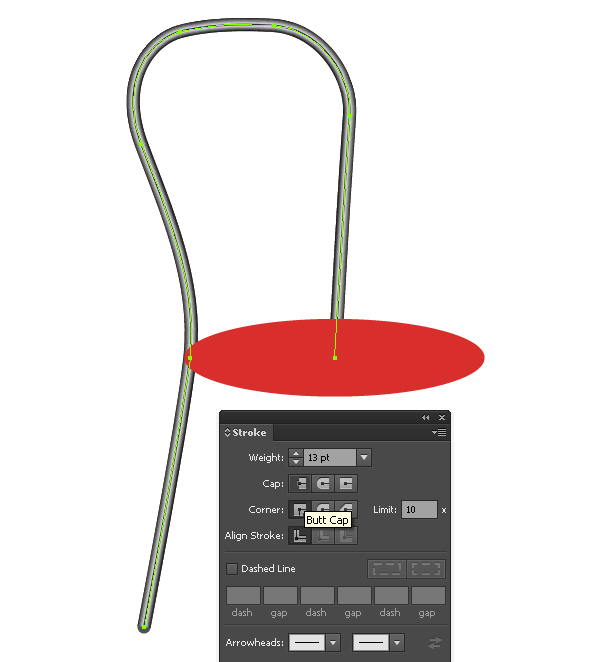 Apply the described technique to the other strokes. 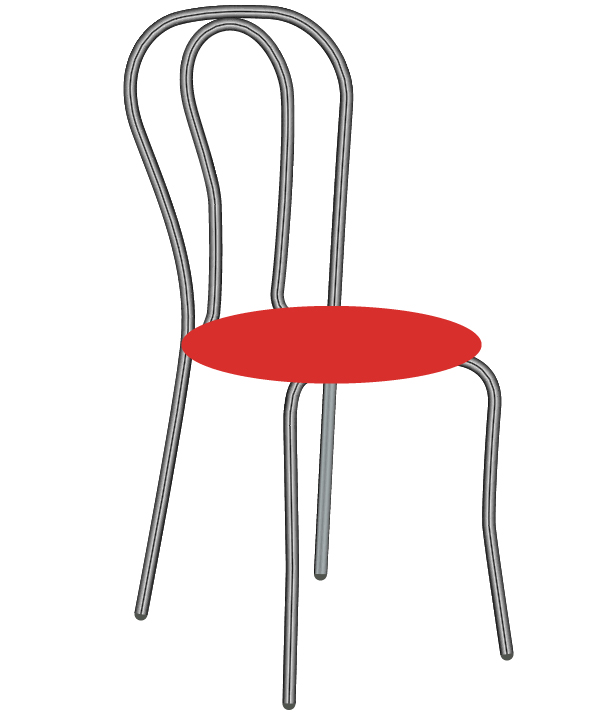 Select the path which represent the left leg and the part of the chair's back and go to the Object > Expand Appearance. As a result of our actions, the stroke with the gradient fill has been transformed into the Gradient Mesh. 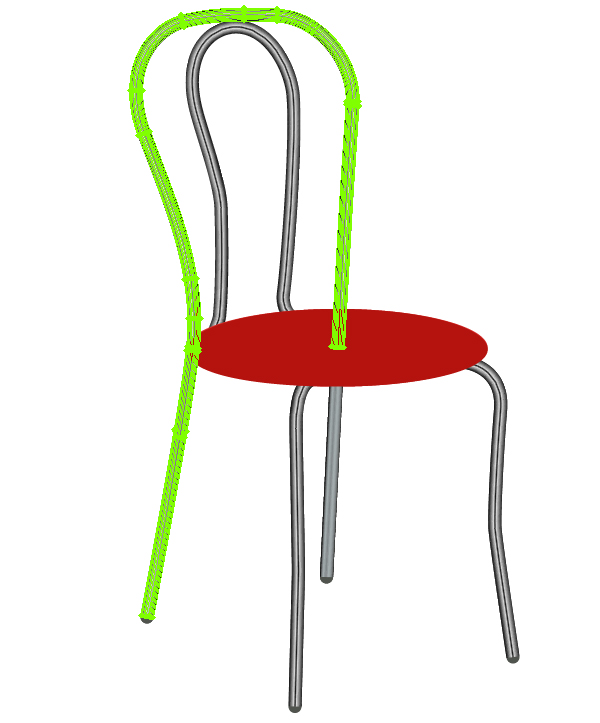 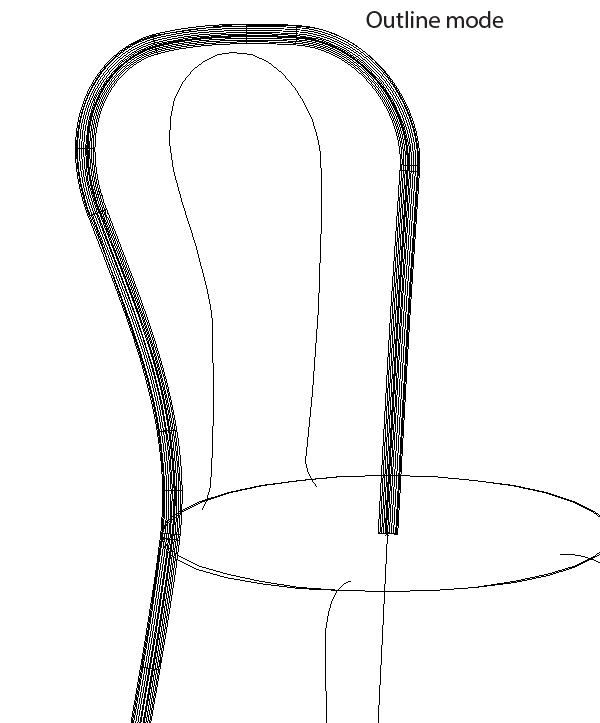 This quality of the stroke with the gradient fill allows us to get the complicated coloring of the objects. We can manipulate with the nodes of the Gradient Mesh and change their colors. Thereby, I got the reflection of the chair's bottom in its chromic back; I also have changed the color of the left leg a little bit. 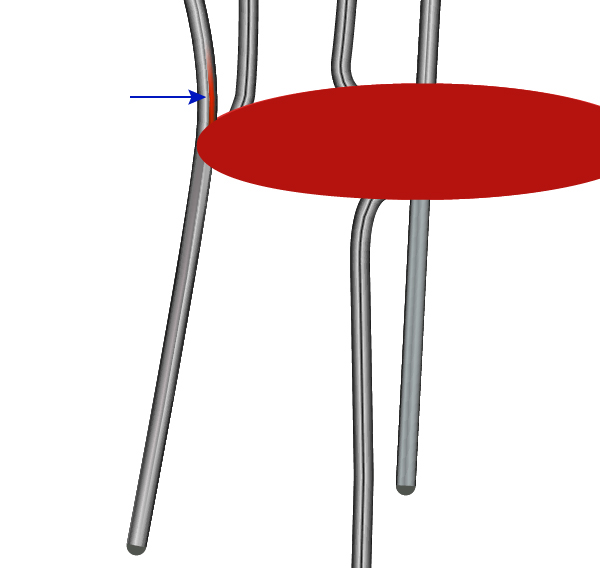 Let's not complicate our work. All we need in the end is the gradient on strokes. For the other reflections of the red chair bottom on the chromic surfaces, I created the paths to which the suitable profile was applied in the Stroke panel and filled them with the linear gradients along the stroke, which consists of the transparent sliders. 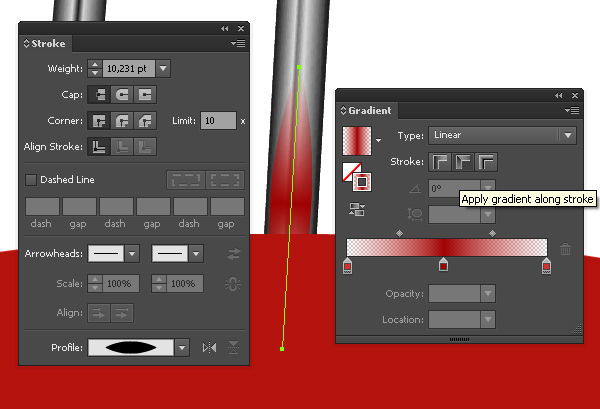 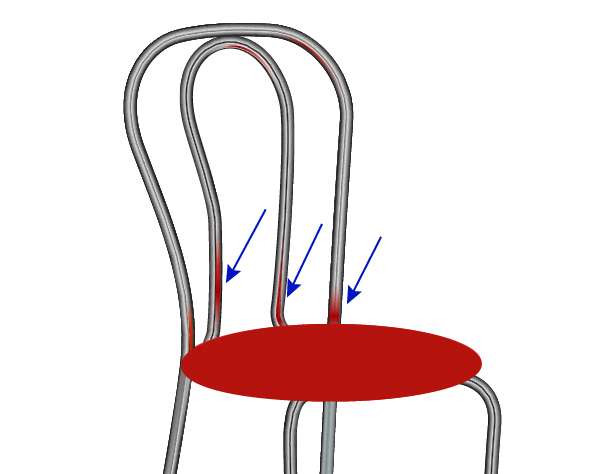 Using this technique, I created the patches of light and shades on the chromic tubes of the chair. 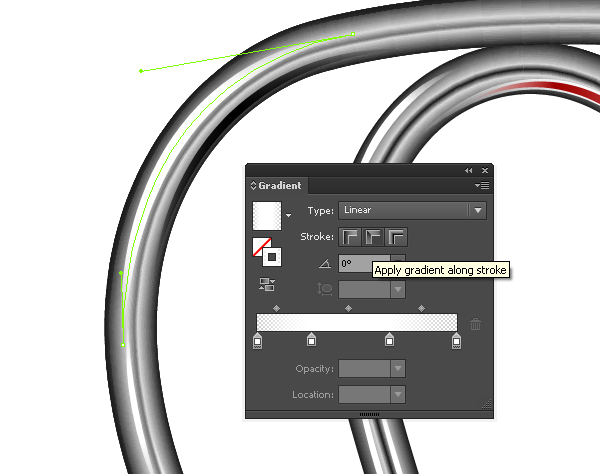 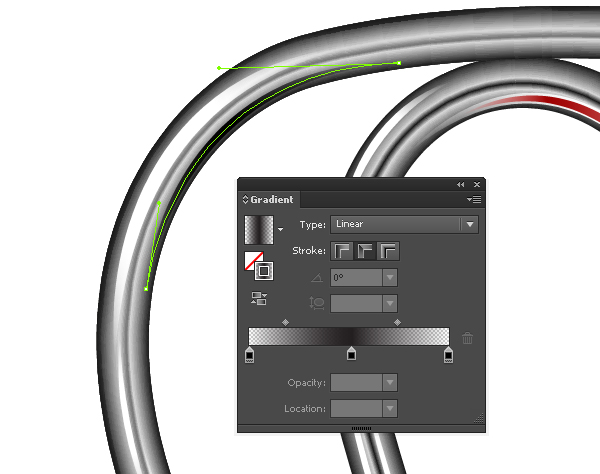 The reflections might have more complicated structure in some places. That's why I used a couple of strokes with the gradient fill that lay on one another. 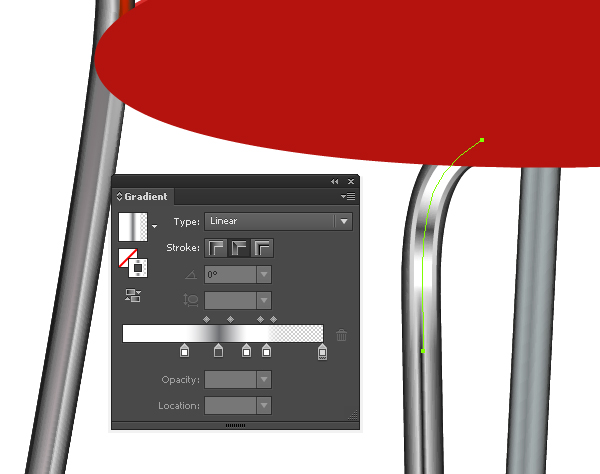 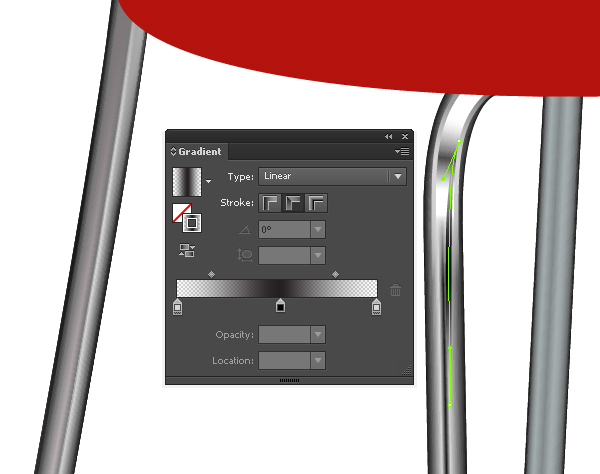 So after work with the metal tubes of the chair our artwork looks like this. 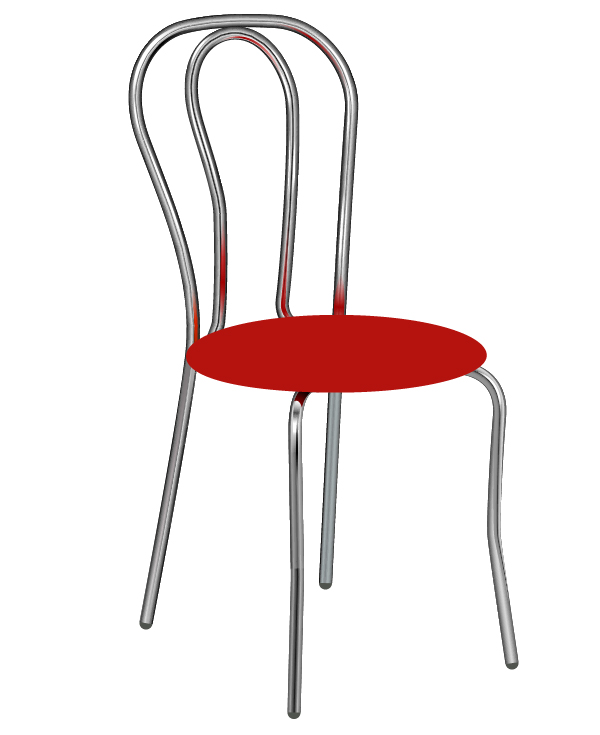 To create the light-and-shade effect on the chair's bottom create three ellipses, as it is shown on the picture below. 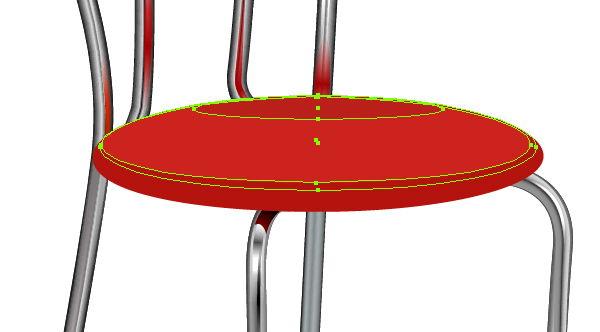 Set the 0% opacity for the lower ellipse in the Transparency panel, then select all the ellipses which were created in this step, and go to the Object > Blend > Make. 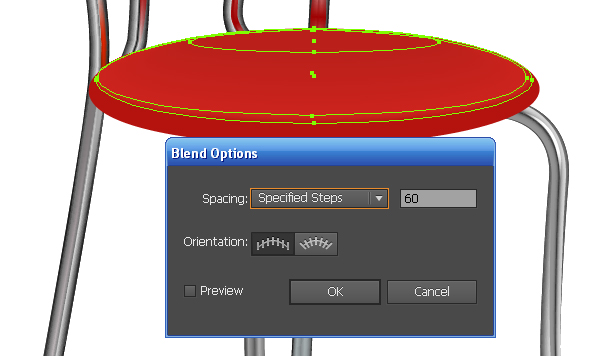 With two ellipses and the Blend Tool create the patch of light on the front surface of the chair's bottom. 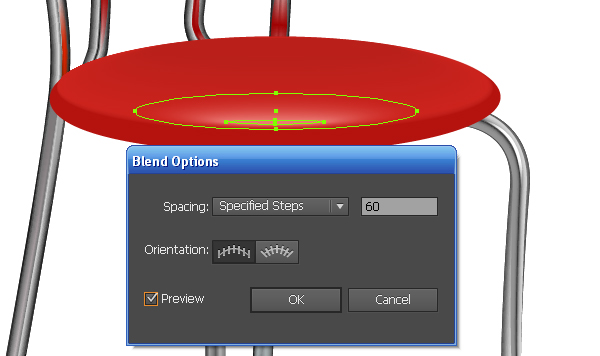 We need to create only the shade of the chair. Create the ellipse and place it as low to all chair's objects.

Create the shades to the chair's legs with the Pen Tool (P).

Select the ellipse and the shades from the legs, press the Unite button in the Pathfinder panel; that transfers the shade into one object.

Fill the shade's form with the linear gradient, which consists of two shades of the light-grey color. 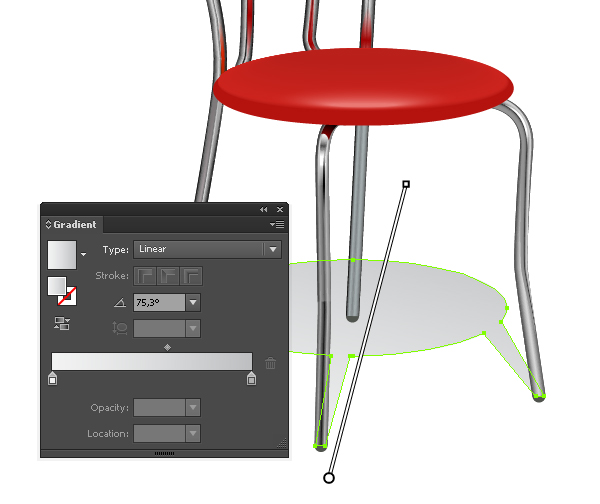 Go to the Effect > Blur > Gaussian Blur and set the radius in the dialog window. 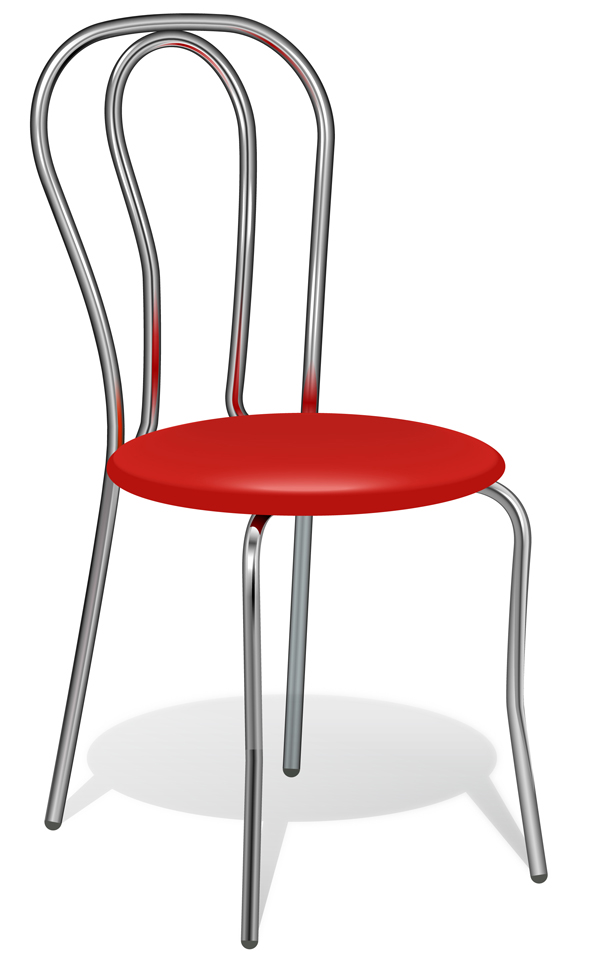