In this Quick Tip you will learn how to make a French Fold template using Indesign version CS3 through to CS5. This tut will explain how to set your InDesign document up for printing, including guidance on safe areas/bleed, orientation of the panels and using guides. Let's begin!

A French Fold is achieved by folding a sheet of paper horizontally and then folding it again vertically. So for example an A3 sheet would fold to A4 and then fold again to A5, we will use these sizes for the purposes of the tut. Traditionally printers would employ the French Fold to save money, as only one side of the paper was printed on.

Once the folds were made, an illusion similar to a four page booklet was given. In recent times this technique has been mainly used for invitations and direct mail brochures. Other examples include newsletters, maps and even posters.

Make sure the Rulers are visible by going to View > Show Rulers and then set a horizontal guide at 210 mm by dragging it in from the ruler. 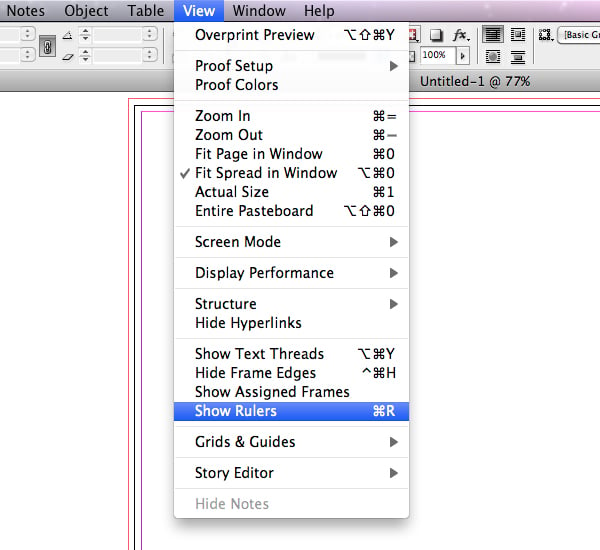 If your Guides weren't visible InDesign will automatically switch them on when you attempt to drag a guide out of the ruler.

Do the same for a vertical guide and set it at 148.5mm. These two guides represent the folds in the leaflet and marks the center of the page. 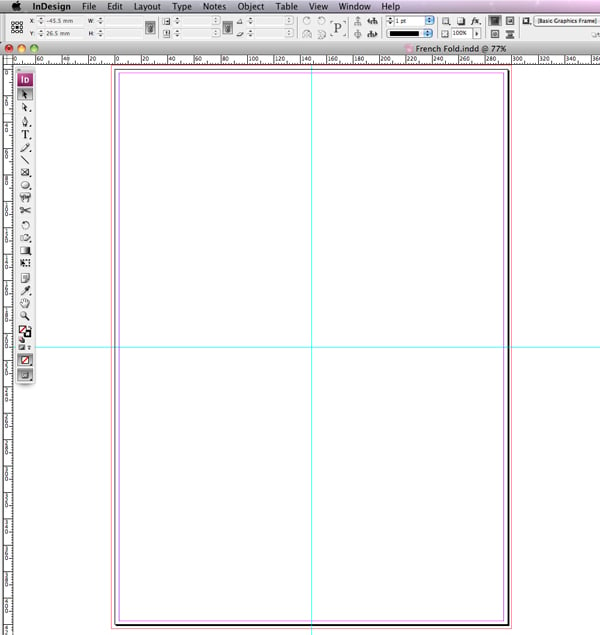 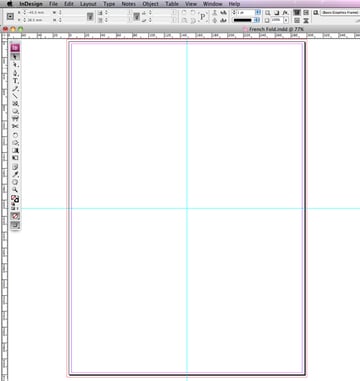 Using the same principle add two more guides horizontally placing one guide at 208.5mm and the other at 211.5mm. 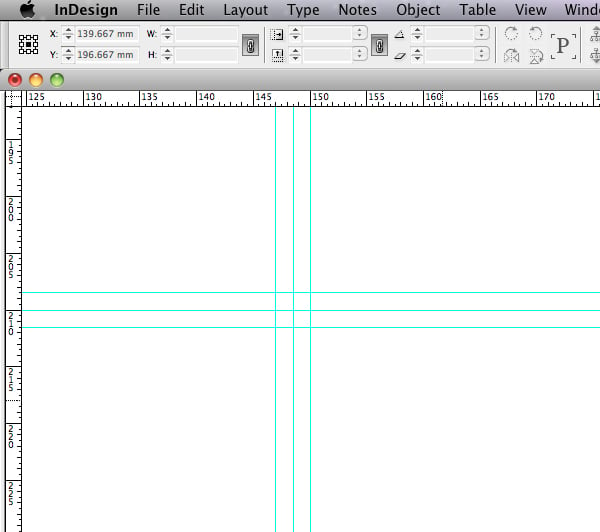 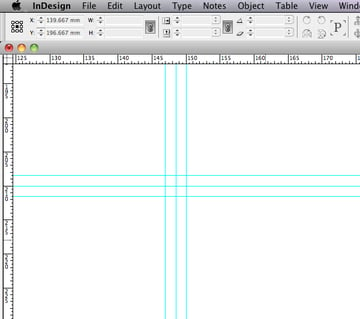 Now we need to create a second page, which will form the reverse of the document. As we have just set up the guides on page one, let's use this page and duplicate it for page two. Open the Pages panel by going to Window > Pages. Click and drag page one down to the Create New Page icon at the bottom of the Pages panel and release. 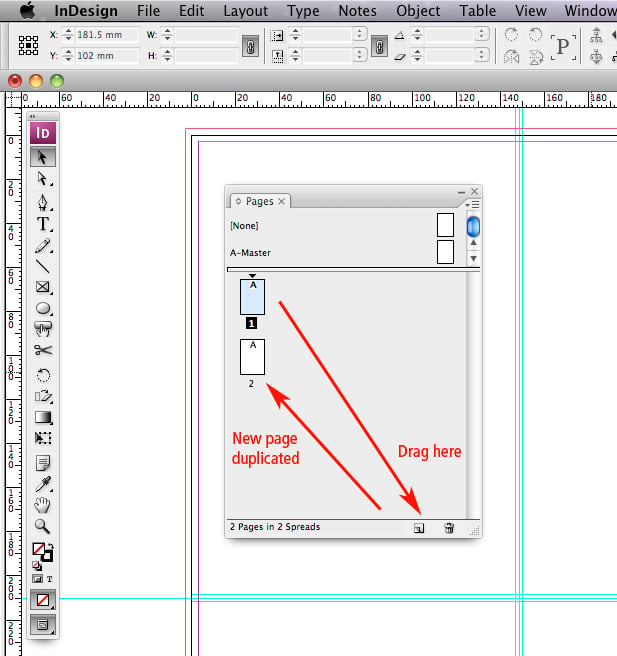 You will notice that a new page has been duplicated and has copied all of the attributes of page one.

Now that the guides are set, it is time to plan where the artwork will sit and in what position. If you haven't got an example of a leaflet with a French Fold, take a piece of A3 paper and place it in the portrait position. Fold it in half by folding the top edge down to the bottom edge resulting in a A4 size fold. 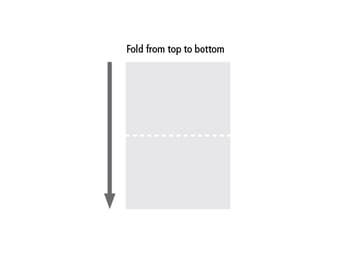 Now fold in half again by folding the left edge over to the right edge which will give you an A5 size fold. You have just completed a French Fold. 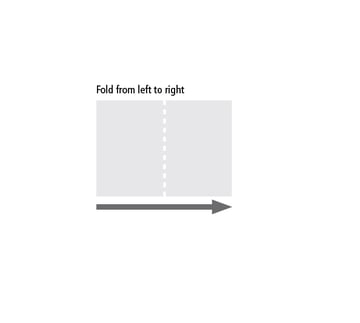 Turn the sheet over and you will see how the orientation of the panels look. Notice how panels two and three are positioned upside down. This is exactly how you need to place your artwork within InDesign.

Obviously it is a bit awkward to design upside down so I suggest you set the artwork up prior to working with the template. 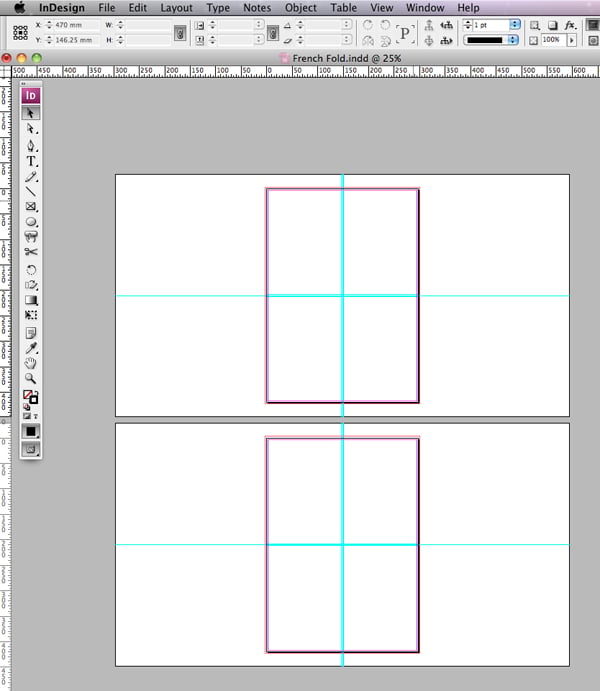 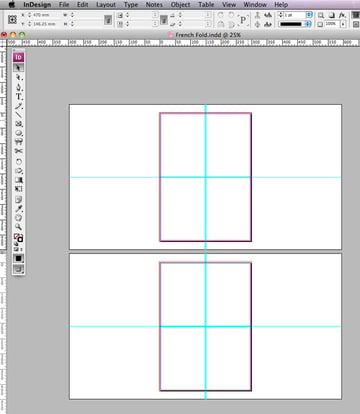 So next time you are working on a relevant brief, consider the French Fold. To have a brochure and poster in one document could prove very useful. Additionally it might be worth contacting your printer to obtain quotes for single sided and double sided printing with a French Fold finish to determine what options suit your design best.

Tools & TipsLayoutVectorAdobe InDesign
Did you find this post useful?
Yes No
Would you like to provide feedback (optional)?
Cancel Submit
Want a weekly email summary?
Subscribe below and we’ll send you a weekly email summary of all new Design & Illustration tutorials. Never miss out on learning about the next big thing.
Sign up

Gavin Selby
Gavin Selby is a Graphic Designer who has 12 years studio experience working with Adobe InDesign, Illustrator, Photoshop and After Effects. Although his design work is mainly digital he also enjoys drawing, print making and creating animations. He believes in collaborating and sharing knowledge and that's why he is writing for Tuts+.