As time goes by Photoshop developers add the newest, baddest, tricked out functions to the Worlds coolest software for digital imaging. Each new edition comes with newer tools, more presets and better interfaces which allow beginning users to learn Photoshop quickly and efficiently. With these new tools many users forget about the ever-present tools that are still a standard in the professional field. 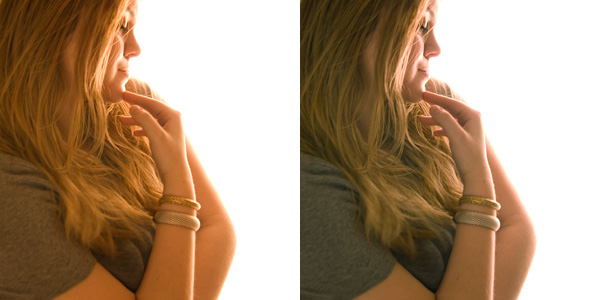 In this tutorial, I am going to use Curves Adjustment tool to color correct my image. Remember to always work in layers instead of applying any adjustments directly to the image. Now go to Layer > New Adjustment Layer > Curves. 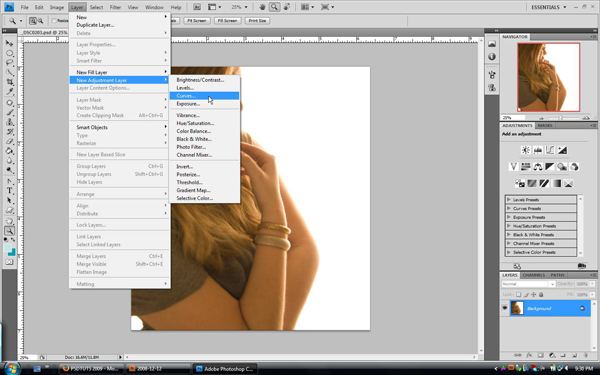 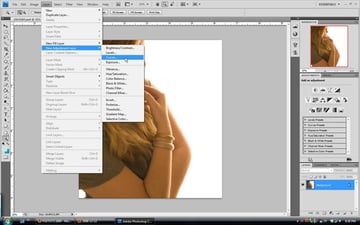 To color correct we need to know a few basic things about color. Our image is composed of red, green and blue channels (RGB). Each of these colors has a corresponding color on the color wheel; therefore, red corresponds to green, green corresponds to magenta and blue corresponds to yellow. Learn it, remember it!

The Curves Adjustment tool allows us to work with RGB channels and their corresponding colors in order to adjust the colors correctly. To better understand how it works, lets look at it closer.

In my channels options, I chose Red (for red channel). On the bottom of my window I have two numbers - Output and Input. The Input number is a mathematical representation of my color whereas the Output number is a mathematical representation of the color after my color adjustment. The red dot in the Curves palette represents the position of these numbers. I chose to color correct the image in the midtones and for that reason the Input number is equal to 128 (midtones range from about 128 to about 132).

Lets see what happens when we change our Output number to about 160. 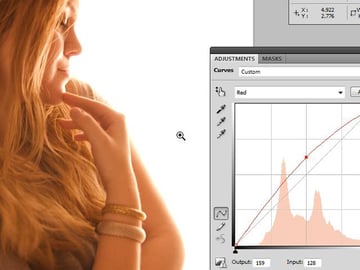 Higher Output number in Red channel makes the image too red, and thats not what I want to accomplish. However, if I lower the Output number to about 80, then our image is going to look like this.

Cool, now allow me to put this theory into action. I again start my correction by selecting Layer > New Adjustment Layer > Curves and after closer examination I concluded that my image is too yellow. As I explained before, yellow corresponds to Blue channel. That is why my next step is to change the RGB channel to Blue channel. 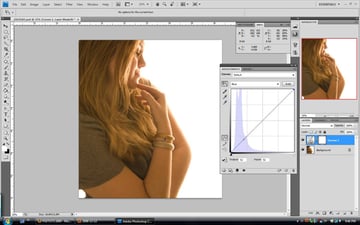 Yellow color cast was mostly visible in the darker parts of my image. With my Eyedropper tool, I pointed to one of those parts and my Input number in the Curves palette pointed to 51. Since the image is too yellow I need to add blue to make it neutral. To add blue color to my image, I need to change the Output number to higher than 51. 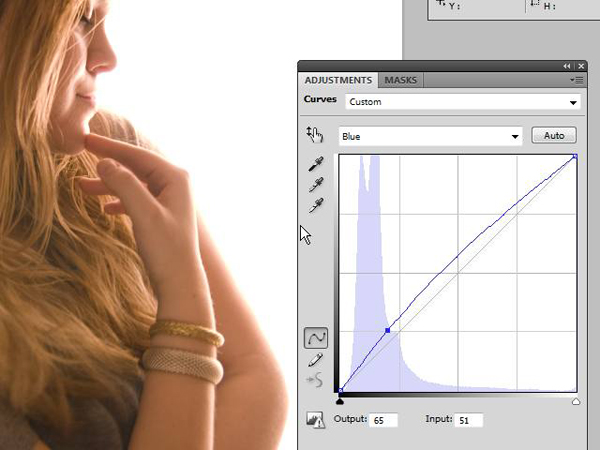 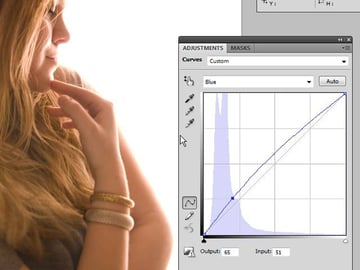 Next, I adjusted the yellow color cast, however my image now looks too red especially in the lighter parts. In order to adjust the red color cast, I have to switch from the Blue channel to the Red channel. Then with the Eyedropper tool, I look for lighter parts in my image that could look better without a red color cast.

In this case, my Input number is about 213, which in mathematical expression indicates the lighter parts of the image. Now to reduce the red color cast, I need to change my Output number to less than 213, which in this case is going to be around 199. 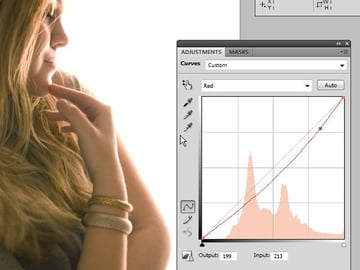 And thats all when it comes to color correction using the Curves Adjustment tool. Once again, lets look at both images, before and after. 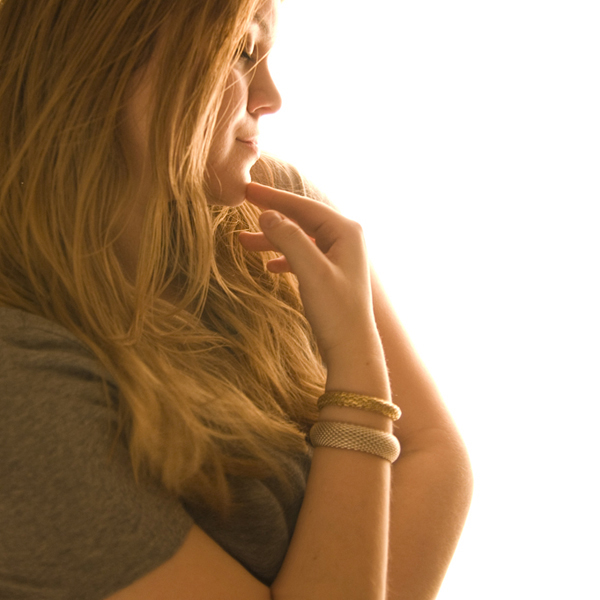 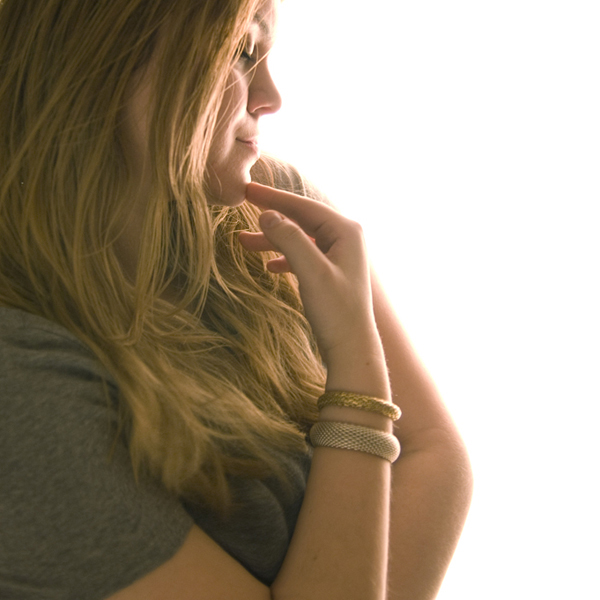 Once you understand how colors works, you will be able to quickly adjust your images with the Curves Adjustment tool. Basic knowledge of RGB colors and their corresponding colors should allow every amateur and professional to quickly and efficiently fix any color cast. I hope you enjoyed this quick tip.

Asia Waksmundzka
My name is Asia Waksmundzka and I am a Fine Arts student living in Chicago. I study photography however I am interested in every form of art from music to drawing, painting and variety of computer arts. My main tool is my camera and Photoshop CS 4 but I recently started to work with Illustrator and Corel Painter X.