For Photoshop CS6, Adobe applied lots of quick fixes to features that have been around for a while. Internally, these changes were called JDIs (Just Do It), an initiative meant to give developers a few days to fix or improve previously existing features. One of those changes was to upgrade the Auto feature available within the Curves, Levels, and Brightness/Contrast Adjustments. In this episode of our Introduction to Photoshop CS6 series we will explain these improvements and why you should start using them.

There are typically 2 types of users of the Auto feature. Those who have never used it, and those who just won't admit they have. There are several reasons for this. For one, designers and photo editors don't like to admit they use these types of tools, and to be honest, in the past, the Auto feature just didn't work that well. In Photoshop CS6 however, the Photoshop team wanted to improve the feature so that users could actually start using this feature (or at least admit to using it) in their workflow.

There are 2 primary changes to the Auto Adjustment feature. The first and most significant change is a new algorithm that powers it. The new algorithm will provide smarter corrections and will base your corrections off of a database of images that Adobe used to help improve the Auto feature.

The second change that Adobe made was to add the Auto feature to the Brightness/Contrast Adjustment. In previous versions, the auto feature was only available in Curves and Levels. 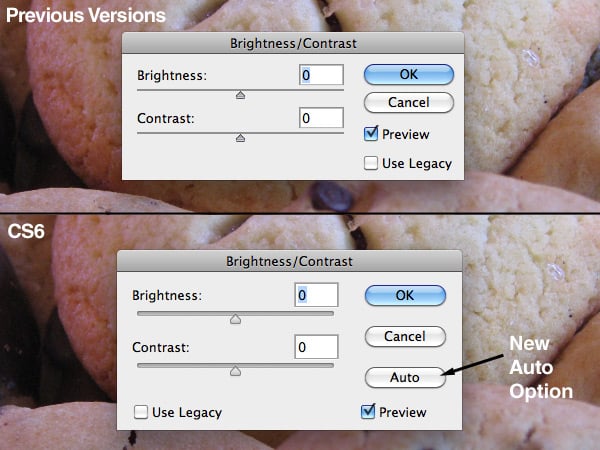 In Photoshop CS6, the Auto Curve feature is significantly easier to use. As you can see, the Auto feature now provides a single curve for you to manipulate. 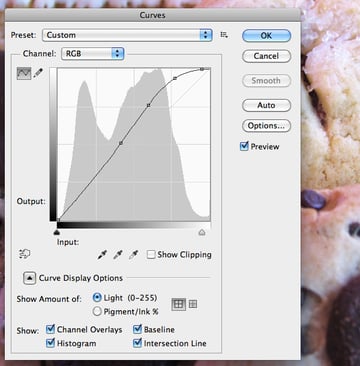 Now let's take a look at the Auto Levels feature. In the first image you'll see what the levels histogram looks like in previous versions. It's not a pretty sight and it's not very usable. 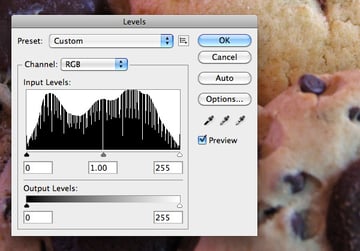 Now, let's look at the levels histogram in CS6. As you can see, it provides for a much smoother histogram. 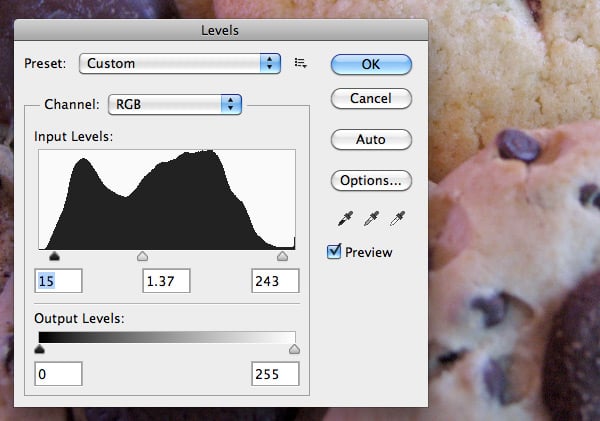 As you can see, Adobe has made some big improvements to the Auto Adjustment feature in Photoshop CS6. These new improvements should provide you with a great starting point and will hopefully save you time and effort. What do you think? Will you start using Auto Adjustments in your workflow?