Making a Message Strip in Photoshop

In this tutorial, we're going to make a little message strip in Photoshop that you can place in the top-right corner of a design. These little strips look very trendy and Web2.0-y, particularly in Web designs! It's quite an easy effect to do, and in this tutorial we'll add some shadow and light to make it pop!

To begin this tutorial as always, we will start with a nice radial gradient. I am addicted to radial gradients, so you should be too! I'm using a combination of nice blues. Here are the exact color codes:

It works well if you put the highlight of the gradient in the top right corner where we'll be placing our little message strip. This is to do with how we'll be adding light and shadow later.

Now this step isn't really necessary, but I'm going to add a giant letter M so that my message strip has something to go over. When the message strip interacts with the background this way, it looks even cooler.

So anyhow I make a giant M in white and set it to Overlay and fade it out to 40% so that it has a bit of the radial gradient and fits in with the light and shadow.

Light and shadow are your friend, they will make your designs look much nicer. In the real world and in print design, you get light and shadow from the light (sun light, electric light, whatever), but on screen everything is kind of uniform. So it's nice when you add a bit of shadow and light to liven it all up. Note that this doesn't work nearly as well in print. 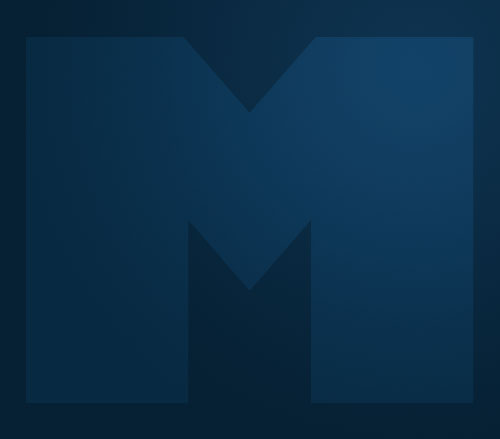 Next in a new layer, draw a long rectangle with a light grey. Make it really long because when you rotate it later, you'll need the ends to be appropriately long. Also add some text. I've written "Made with Love!" in a fun-looking font - Gill Sans Ultra Bold. I have a predisposition to fat fonts because they look friendly and loud.

Now I'm going to grab a heart shape from Photoshop's set of shapes. You can get these by clicking on your Custom Shape Tool (U) in the Tool menu. And then go up to the top of your screen and press on the little down arrow next to Shape as shown. If you don't have lots of shapes already, click on that arrow pointing to the right and add them.

The trick with color combinations like this is two-fold. First you want to have a main color (in this case blue) and then use the other colors to highlight off that main color. So here we have a lot of blue, a medium amount of light grey, and a tiny bit of red that really leaps out.

The second thing to remember is that some color combinations clash like nobody's business. Like if you put that red on the blue it'll be eye-jarring. So here I've used the light grey as an intermediary color.

Now to make the red really pop, I've selected the heart layer, created a new layer above it, and then using an even lighter red color, I've drawn a small gradient over in the top-right corner. This way our heart has a radial gradient and again we're using light and shadow!

I've also added a faint blurred shadow to the "Made with Love" text using the Drop Shadow blending mode. You can do this by right clicking on that layer and selecting Blending Options. Then tick Drop Shadow. Set the Distance to 0 and change the color to be a light grey so it's not too full-on. Don't add a regular shadow because we want these letters to be part of the strip, not hovering over it.

Now I want to add borders to the strip, so I hold Ctrl and click on the strip layer to select it all, then create a new layer and paste in a darker grey color. Then I go to Select > Modify > Contract and contract the selection by 2 pixels.

Ok, So now we have our message strip, it has edges, a message, and a nice red heart popping off.

The next thing to do is select all the message strip layers and merge them into a single layer. We do this because we are about to rotate.

If you rotate without merging the text and the edges, you can get some odd effects happening. Photoshop tends to blur and jag stuff when you rotate, so it's best to minimize the effects by merging it all together here. Of course, this means you have to make sure your message strip is totally finished before you merge!

Merging also has the added benefit that we can use Dodge and Burn later to shadow-and-light it up. You'll see what I mean shortly... 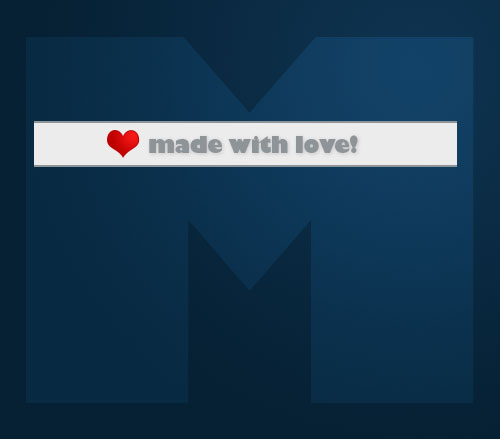 So now, hit Ctrl+T to transform, hold down Shift and turn the message strip to a 45' angle. 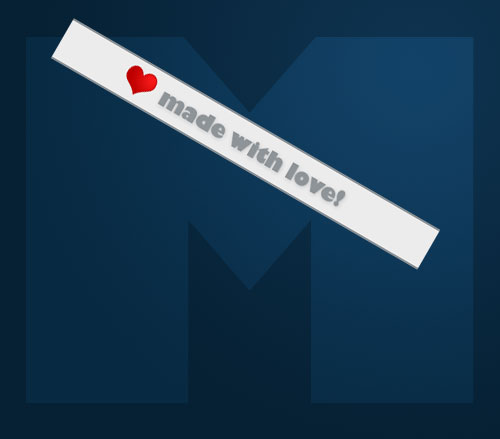 Now move the message strip up to the top right. It's already looking great, but now we need to add a bit of shadows and stuff.

So create a new layer on top and select a lightish grey color. Hold down Ctrl and click on the message strip layer to select all its pixels. Then draw a gradient going from light grey to transparency and draw it from the top coming down. Then draw a second one from the bottom going up. 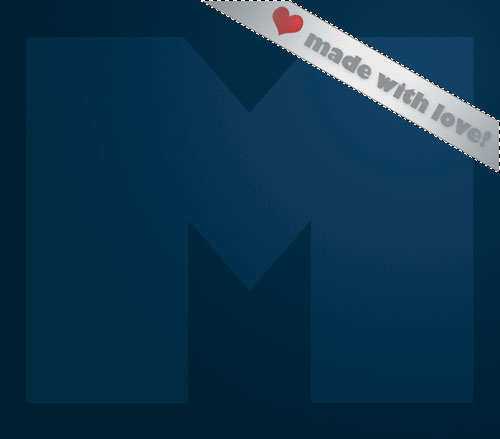 Now change the blending mode for this new layer to Multiply. Because we used a nice faint grey it'll give a good amount of shadow. If you used a darker grey, you might need to fade the opacity back. 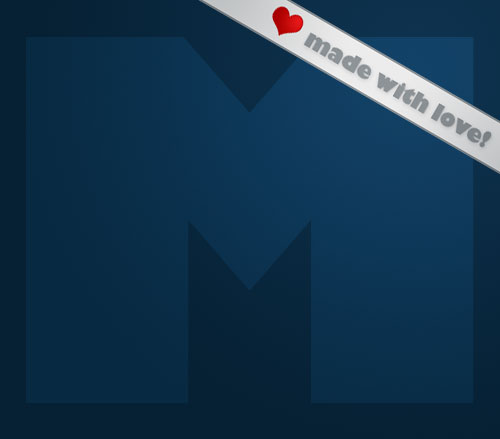 Now go back to the message strip layer itself. Change to the Burn Tool (O) and choose a big soft brush to work with.

Slowly add a bit of burn to the bottom and top of the strip. Up in the settings for the Burn Tool you might want to make sure Exposure is set reasonably low (I used 20%). This lets you do a subtler effect without it becoming overexposed.

When you've finished adding the burn to the top and bottom, you can, if you like, hold down Alt and gently brush the middle a little. Holding Alt when the Burn Tool is selected switches it to a dodge.

Burn and Dodge are like opposites of each other. Burning darkens and Dodge lightens. They are pretty useful tools, though you want to use them subtly or else you can make a bit of a mess. 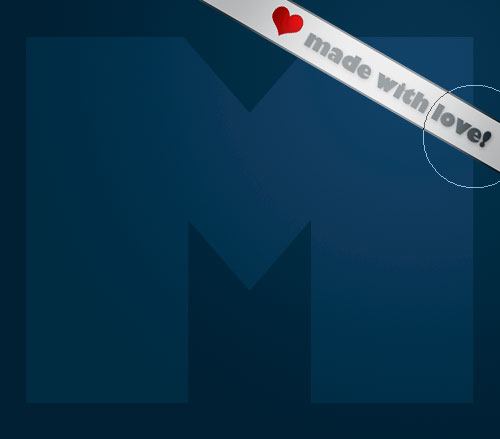 So now that our message strip is looking good, let's add a shadow behind it.

Create a layer below the message strip.

Now hold down Ctrl and click on the message strip layer to select its pixels and in the layer below, fill it with a medium grey.

This will be our shadow layer. 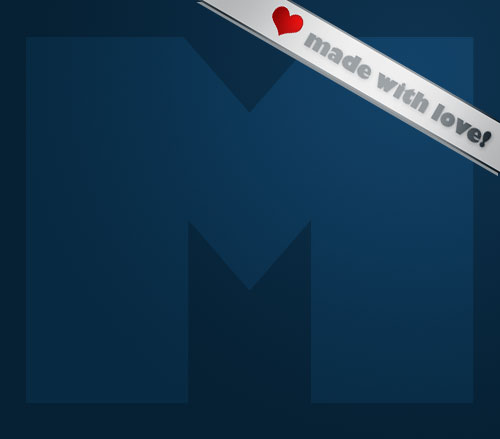 Set your shadow layer to Multiply and then go to Filter > Blur > Gaussian Blur and use a setting of about 3-4px. You'll get a nice shadow happening. 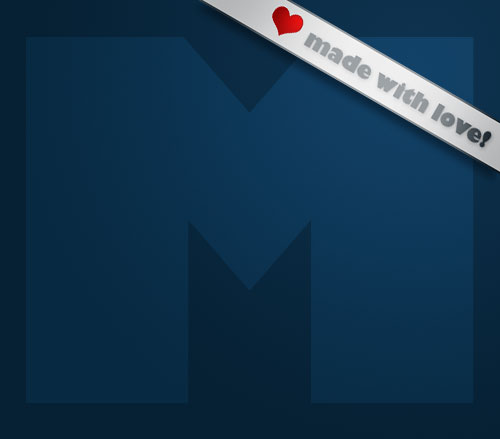 Now we want our message strip to look like it's bulging up in the middle. This means that the shadow would become less at both the top and bottom because the message strip is closer to the background. Does that make sense?

Anyways, choose the Erase Tool (E) and with a big soft brush gently erase a bit of the shadow at the top and bottom so that it gets faint at either end. 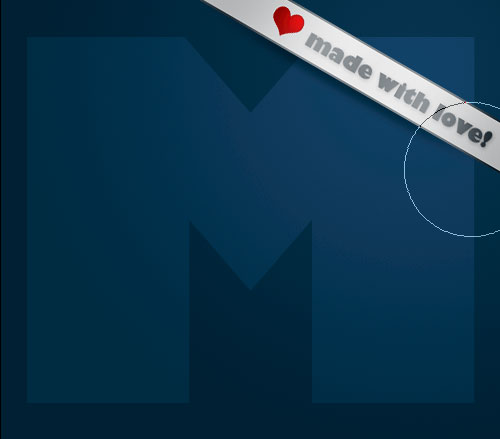 And there you have the finished product: a nice message strip! 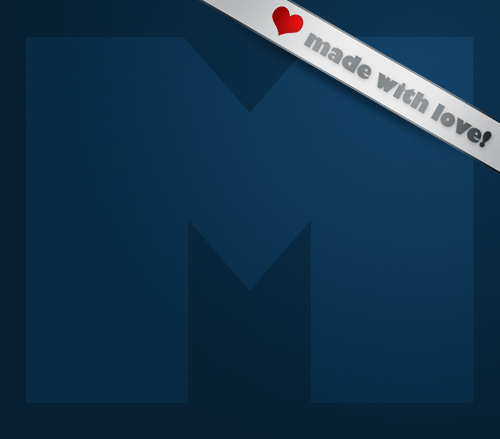