Photographers can benefit by learning some camera and shooting principles that will improve their results. A strong photograph has a clear subject, and using depth of field to create a blurred background is one of the classic ways to isolate and play up the subject.

An understanding of this will also allow you to adjust your photos to create natural looking depth of field effects in Photoshop when needed. Let's look at seven such principles and techniques that will help you with adjusting depth of field to focus the subject in your photos.

Depth of field is important to understand before jumping in and using it as a tool to create different images. Depth of field is created in the camera through the differing use of aperture. Aperture is the setting that controls how far open the lens gets when an exposure is taken. If the lens opening is small, the camera is able to bring many things into focus, even if one is significantly further behind another. However, when you shoot with the aperture wide open, the field is reduced and the camera can only bring a narrow depth of field into focus.

The first photograph below was taken with a small aperture opening (although that's represented as a large number in your settings) and the second is taken with a wide-open aperture with a limited depth of field. 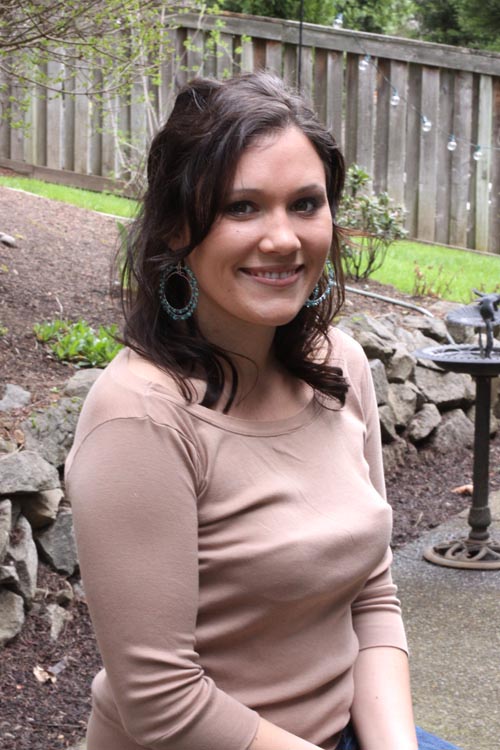 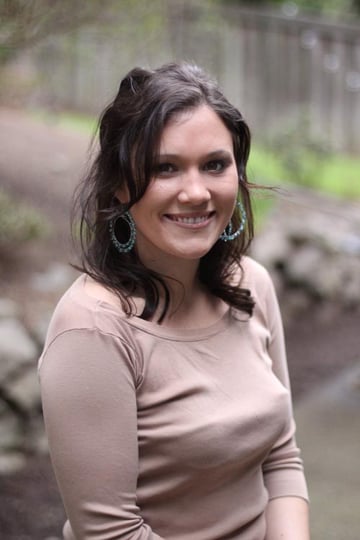 Aperture is used throughout photography to establish focus in a photograph. For instance, if you'd like a photograph of a single individual, but the background is full of other people, it will distract from the focus of the photo. A larger depth of field is used when all the details in the photograph are important to the viewer.

One way to ensure that you're using depth of field to differentiate between your subject and the background is to allow ample room between them. That may mean placing your subject further away from a solid background, like a curtain, wall or studio backdrop, or creating more distance between them and any other object behind them.

A commonly-used example of this is to make sure that your subjects don't have trees or other vertical objects coming out of their heads when they're directly behind the subject. You can obscure objects like trees with a shallow depth of field. Also, the more space you put between your subject and the background, the easier it will be to blur everything behind them. Five to ten feet is usually plenty, but if you have a lens that shoots at a very open aperture, like a f/1.2-f/2.0 range, you can be closer and still obscure the background. 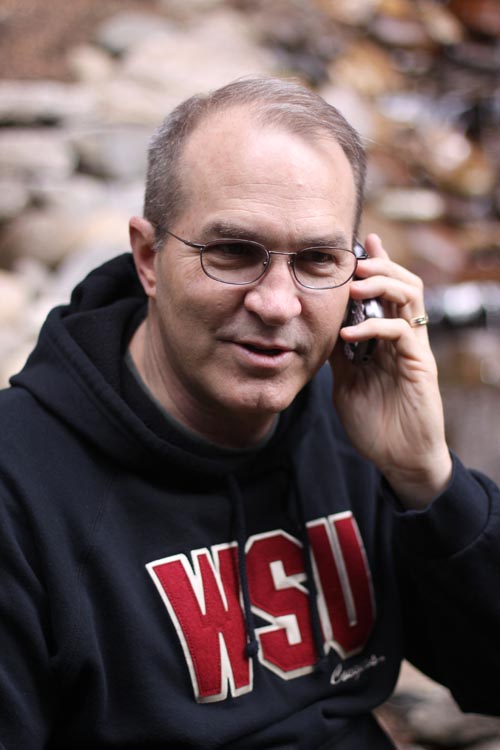 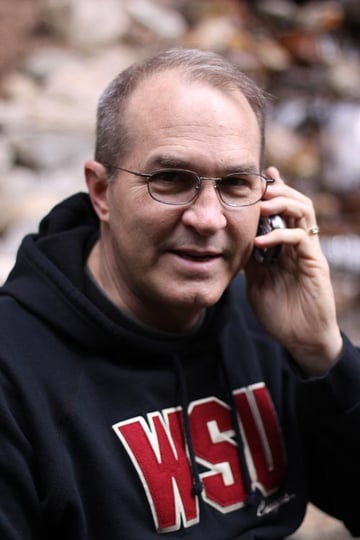 It's often the goal when shooting with a wide-open aperture to obscure the background and not the subject, but you can also use a very open aperture to obscure parts of the subject. For instance, you can focus very closely on an eye and blur out the subject's hair, hands, or feet. In the example below, a sharp focus was attained on the hair, but the rest of the face is in soft focus. Keep in mind that it's often necessary to use manual focus mode with this technique since you're doing precision focusing. 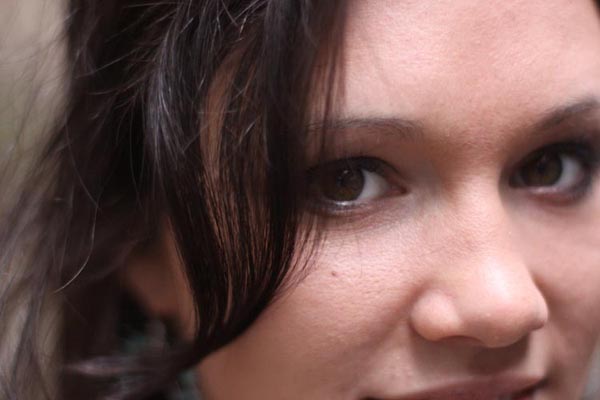 If your goal is to create a crisp, clean portrait with an in-focus subject and an out-of-focus background, you should be shooting wide-open with your lens, but probably not go below f/1.8. Below that aperture, you'll start to lose focus on one side of the face if the head is at all tilted.

Here are examples of how to achieve an ideal depth of field for a crisp portrait. Notice in the first photo there is an even focus across the face, but in the second photo only the front of the face is in crisp, clean focus. 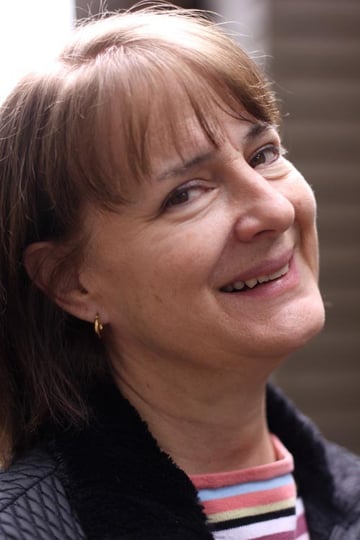 Step 5 - Understand the Difference Between Lenses

The numbers discussed above are all relative depending on what lens you're using to photograph your subject. Depth of field changes based on the lenses you're using and based on how far your camera is from the subject when you take the picture. When using a lens with a longer focal length (for instance, 85mm vs. 50mm) your depth of field will be deeper. This means you'll be able to bring more into focus when shooting. When you shoot closer, with a 50mm lens, your depth of field will become shallower and will grow shallower still as you move toward your subject.

When blurring the background with a wide-open aperture and shooting a group of people, it's important to make sure their faces (and especially eyes, where focus should always be spot-on) are on the same plane. This means they're all the same distance from the camera, or else some faces will be more in focus than others and distract. It's tough to shoot a wide-open portrait with more than about three people because of this factor, and remember that if you're involving more people in a group photo, it's usually wise to adjust your aperture closed a bit so that you can pick up all the faces in a sharp way. 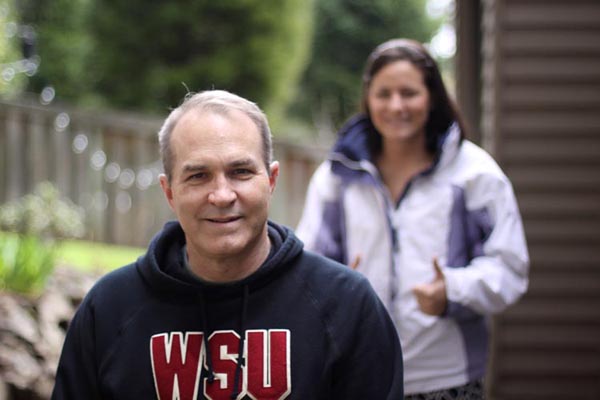 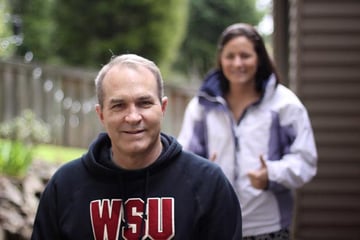 If you were dealing with a group, a difficult subject or a situation that didn't allow you to blur the background as much as you wanted to, there is a way to enhance that background blur in Photoshop. 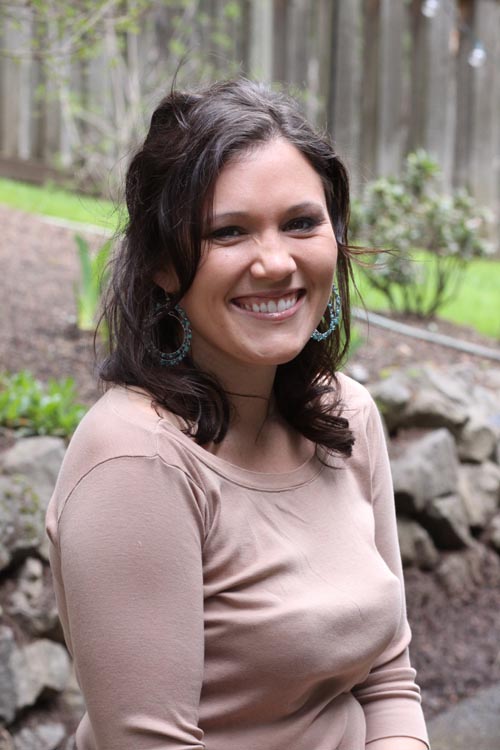 After opening your photo, use the magnetic lasso tool to select your subject, making sure to match very closely the edges of the subject without grabbing chunks of the background. 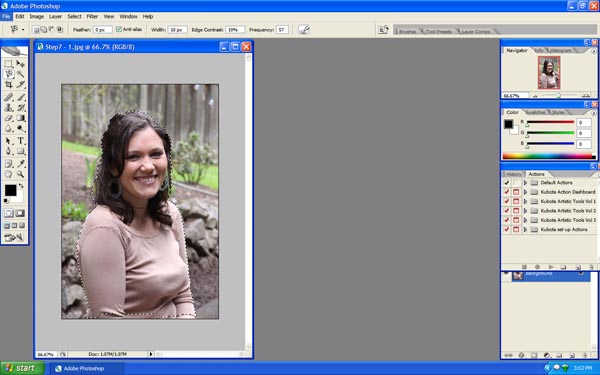 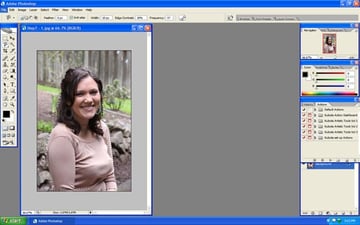 Select inverse, so you have the entire background selected. 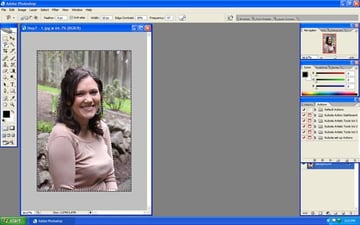 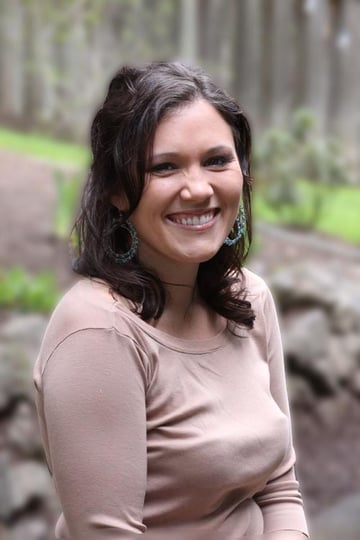 Understanding these principles and techniques will improve your results. Have fun shooting and prepping your photographs in Photoshop!

Photo EffectsTools & TipsAdobe Photoshop
Did you find this post useful?
Yes No
Would you like to provide feedback (optional)?
Cancel Submit
Want a weekly email summary?
Subscribe below and we’ll send you a weekly email summary of all new Design & Illustration tutorials. Never miss out on learning about the next big thing.
Sign up

Sara Gray
Sara Gray is a wedding and portrait photographer based in Oregon, photographing weddings throughout the Pacific Northwest and around the world. Starting out as a newspaper journalist, she was handed a camera the first day on the job at a small newspaper and began a love affair with capturing beautiful imagery made from moments and interactions. You can see her work at www.saragrayphotography.com.
Scroll to top