Will another vector drawing tutorial that uses tracing techniques change the world? I hope yes, since tracing improves your way of conceiving the world graphically and representing it. The more you trace, the more you find the important visual clues to capture the world in your art.

In this tutorial, I'll show you how to achieve a 1920's folk art deco look, seen in the works of artists such as, Transylvanian architectural illustrator and researcher László Debreceni. I recommend you use a graphic tablet for this one, as we'll be taking full advantage of pressure sensitivity. The techniques shown here work best on buildings and structures.

The best is to go on site and take your photos, but if you are using stock footage try to find a picture on which the mass of your building is centered and there's no other building or foliage obstructing the view. The photo used here is taken by me. 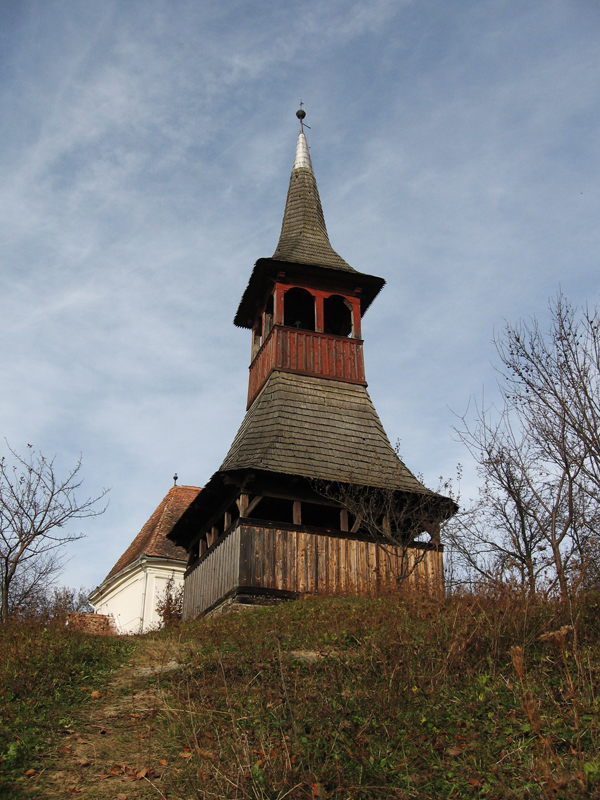 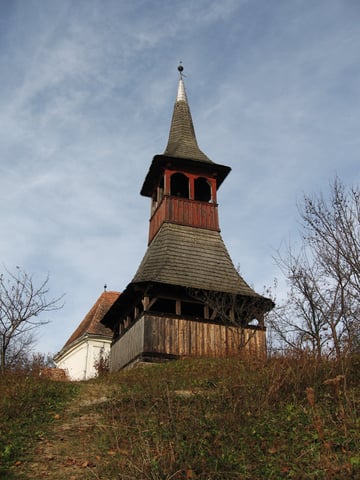 Step 2 - Set Up the Workspace

Use File > Place to import your image. Place the image on the center of the artboard. Double-click on its layer and set the Dim Images value to 70%.

I usually use A4 sized artboard and if the resolution of the image permits, I size it so that the mass of the building fills about 80% of the artboard. 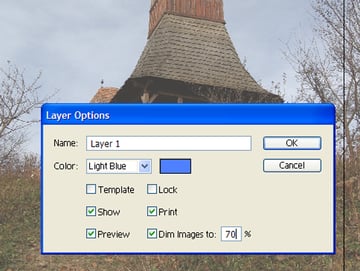 Most of the time I use Adobe Illustrator's default brushes. Set the fidelity so the program corrects your small mistakes. Pressure sensitivity is also very important to achieve dynamic lines. Set that to have about 3 points of variation. Experiment and find the settings that fit your vision of graphically appealing lines considering your skills. 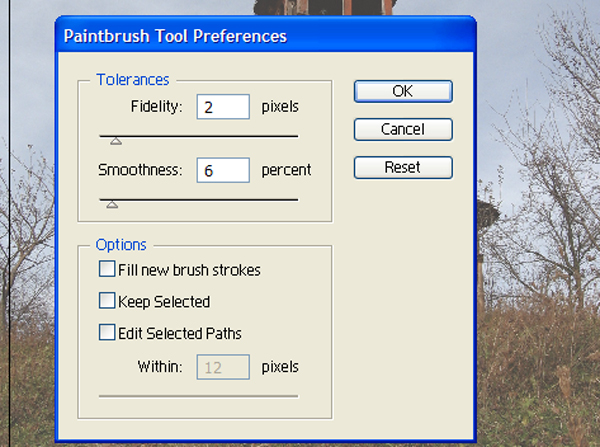 It's a good practice to start with repetitive textures like tiles, fences and such, since this is the most tedious part and people tend to have more enthusiasm at the beginning of a project. 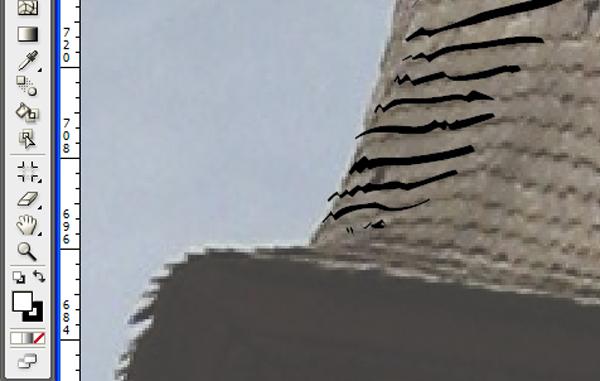 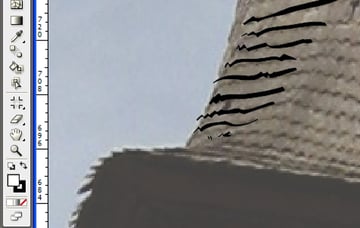 Step 5 - Parallel Lines and the Trick of Lines

Lots of parallel lines give the feeling of detail so it's good to use them to avoid dullness. For me it's quite hard to draw straight lines so I developed my technique of doing this (Disclaimer: it's highly possible, that this wasn't developed by me, but it's how I do this).

So the trick is to look in front of your cursor and not on the cursor. You want to see what you will draw and not what you have drawn. Tick number two: start drawing the line and when you feel that it is getting off course do a small hop, a small crease or wrinkle by quickly moving your pencil up and down a bit.

This way your eyes will find the right line again and your lines will get a really nice texture. And voila! The overall feeling of the lines, despite the hops, is straight not to mention the added visually movement. 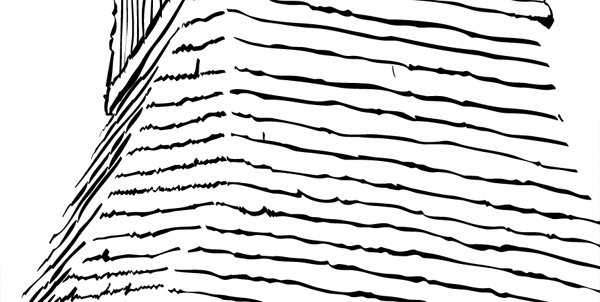 Step 6 - Draw the Rest of the Building

That's easier to say than to do, you would think. The question is, "Where should I draw my lines?" My way of deciding on that is to look for dark areas. Sometimes a well drawn shadow can represent greatly, without making the drawing too busy or heavy.

Don't go too much into the details, it will kill a lot of time and won't be visible on the finished drawing. Use thin, not continuous lines, just like clues to represent the edges.

Find good instrumental music and drink green tea instead of coffee if you are into a tracing project, and find the peace in monotony. Your reward will be a killer looking architectural illustration!

Here is some advice to improve your work methods: 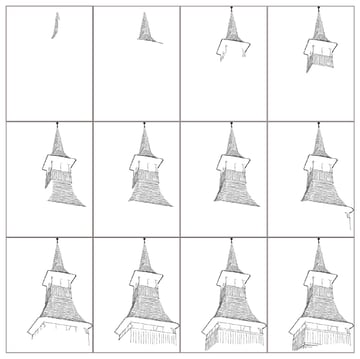 Here are our results so far. 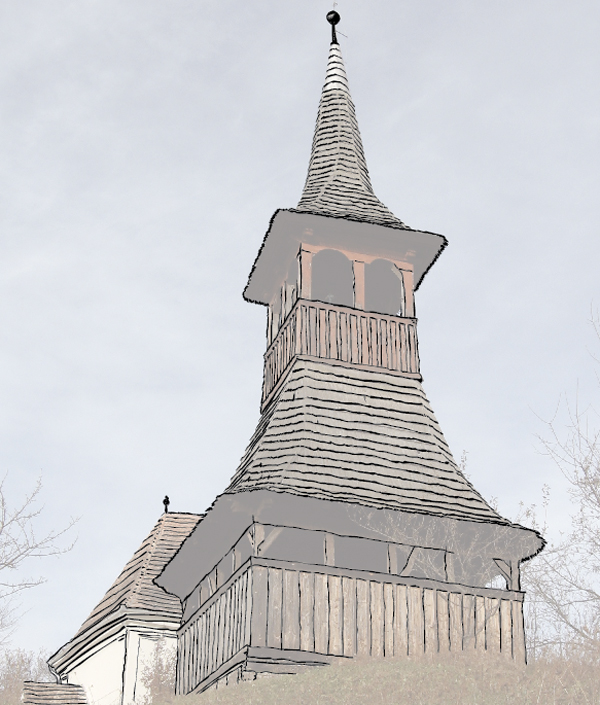 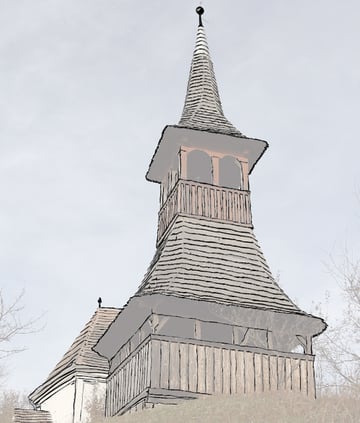 Soft shadows are not common in these type of illustrations since they were reproduced with linocuts. Blocks of full black shadows will balance the design and give a strong feeling of depth.

So it is very important to find the right borderline between shadows and the rest of the image. My way of finding the border of shadows is to decide on the darkest point, and everything that is about 40% lighter in shade than my reference point, will be represented as shadow. Find what works for your illustration, as it may differ.

Once you identified your shadow areas pick the Pencil Tool, set your fill to black or any dark color you prefer and start to trace the shadows.

Drawing credible and also abstract foliage can be tricky. The first and most important guideline to consider is you will only represent the foliage, not actually draw it leaf by leaf, blade by blade. Look for major forms and represent them by drawing an array of small lines around them. This works great on grass and leaves too. 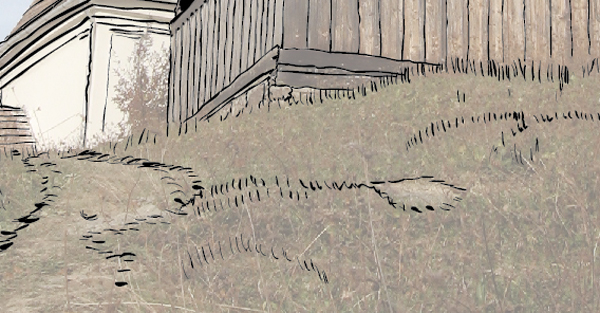 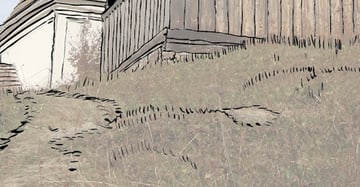 To emphasize depth, draw a thick (about 6 times thicker than your average lines) continuous line around the main forms or masses. 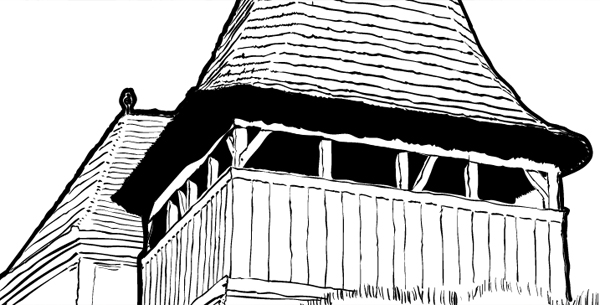 For this type of illustration simple borders work the best. Textured thick lines, lines made of small dots, two or three parallel lines, it's up to you but don't make it too prominent.

Also, try to break the border with protruding towers or some foliage outside the border. For this illustration I used hand drawn dotted lines and a thick line drawn with the "hops" technique.

Use art nouveau fonts with a fairy tale feeling. I've used Diehl Deco a font by Apostrophic Labs, which is just perfect for these type of illustrations. It will give a nice look if you redraw the fonts of the title and add curly lines and dots specific to the art deco feeling. 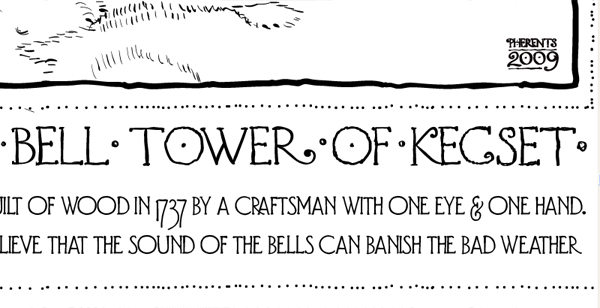 To Sum it Up

Using the techniques discussed above you can easily turn a photo of a building into a graphical piece of art, even if you can't draw a straight line.

And by the way, the information on the bell tower is true. For further details on this small Transylvanian village check kecset.ro. 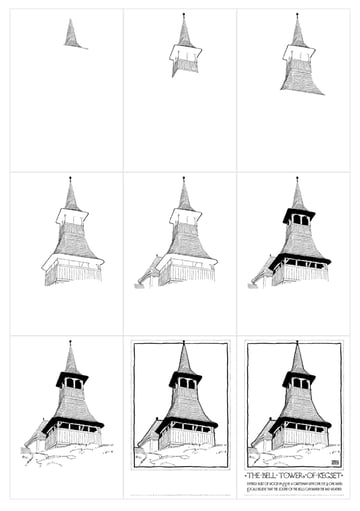 The final image is below and have fun applying these techniques in your own work.