How to Create a Shiny Summer Text Effect in Adobe Photoshop

In this tutorial, I will explain how to create a shiny summer text effect using layer styles in Adobe Photoshop.

This tutorial was inspired by the incredible Layer Styles available on Envato Market.

First of all you have to install the pattern file named ‘green_metal_pattern’. You can do this by double-clicking the icon. 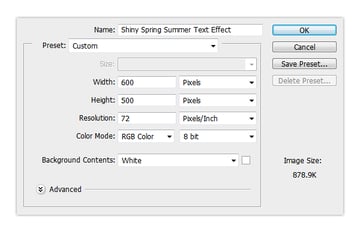 Select the background and Duplicate it (go to Layer > Duplicate Layer > OK). Rename the new layer as Background Pattern.

To add the texture we are going to use a Layer Style.

Go to Layer > Layer Style > Pattern Overlay, select 'green_metal_pattern' from the list, and set the Scale value to 50%. Click on Snap to Origin each time you apply this pattern. 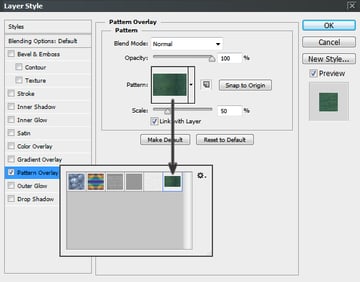 Now we are going to add a reflection. Go to Layer Style > Bevel & Emboss and set these values.

You have to create a custom Gloss Contour, so follow the images carefully to reach the desired effect.

2. How to Create the Text

Type the word Shine or some text of your choice using the Amaz Obitaem Ostrov Italic font. Set the Font Size to 180 pt. For best quality, change the anti-aliasing mode to Sharp. Rename the layer as Shine Top.

Duplicate the text twice and rename the new layers as Shine Mid and Shine Bot as shown below. Hide both layers to work more comfortably, because we are not going to use these layers yet.

3. How to Style the Top Layer

Select the Shine Top layer and go to Layer > Layer Style > Pattern Overlay. Click on the Pattern box, choose green_metal_pattern from the list (we are using the same background pattern), and set the Scale to 50%. Don’t forget to click on Snap to Origin.

We have to add a Drop Shadow to separate the text from the background. Go to Layer Style > Drop Shadow and use the settings shown below.

To add a glossy look, go to the Layer Style window and modify the settings of Bevel & Emboss as shown below.

You’ll need to create a custom contour curve. Follow the images carefully and use the values shown in the right column.

Go to Layer Style > Stroke and use the settings shown below to brighten up the edges.

We are going to add a backlight. Go to Layer Style > Outer Glow and use these settings.

4. How to Style the Mid Layer

Now we’re going to work with the second layer named Shine Mid, so make sure you turn it on! We have to achieve a perspective with a central vanishing point. Go to the Character window and modify the Tracking value to -60 as shown below.

To match the colors of both layers. Go to Layer > Layer Style > Gradient Overlay and use the settings shown below.

We are going to add some shadows to separate the text from the background. Go to Layer Style and modify the values of Drop Shadow and Outer Glow as shown in the images below.

5. How to Style the Bottom Layer

This final step will give a special touch to the effect. Select Shine Bot and open the character window. Modify vertically scale to 115% and baseline shift to -10 pt. Then change the color as shown below. 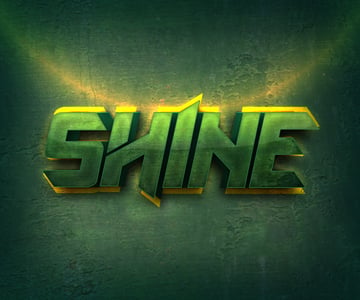 In this tutorial I showed you how to create a striking text effect using three layers to achieve a central vanishing point.

Love text effects? Find more incredible Layer Styles on Envato Market to unleash your creative potential. Browse thousands of amazing resources to find the one that fits your needs.

Step into the future with this awesome set of futuristic layer styles. This pack includes 12 futuristic and modern Photoshop styles to help enhance any design. Simply add them to your Styles panel to begin using them right away!

Text EffectsAdobe PhotoshopTexturesLayer StylesHow-To
Did you find this post useful?
Yes No
Would you like to provide feedback (optional)?
Cancel Submit
Want a weekly email summary?
Subscribe below and we’ll send you a weekly email summary of all new Design & Illustration tutorials. Never miss out on learning about the next big thing.
Sign up

Enrique Eliçabe
My name is Enrique Eliçabe and I'm a graphic designer with 15+ years of experience. My principal weapons are creativity, communication, and hard work. If you would like to know more about me, please check my portfolio.
Fluxtory