How to Create a Winter Snow Background in Adobe Illustrator

In this tutorial you will learn how to use the Mesh Tool and the Symbol Sprayer Tool, as well as how to make your images look better simply with some tweaks to Transparency settings. And you'll also be creating a festive winter background!

If you'd like to skip this tutorial and wish to purchase the end result in a variety of layouts in banner form, with Christmas themed tags, head over to GraphicRiver to purchase Three Christmas Landscape Banners.

Before we start, you will need to download the attachment using the button on the right. It contains some files that are going to be useful. Both files are created by me.


We will begin by making the blue sky background.

The first thing to do is to create a new document using Control-N. You should set the size of the canvas to 740 px in width and 300 px in height. Proceed by creating a rectangle with the Rectangle Tool (M)—click on the artboard and insert the size (740 x 300 px).

Now you just paint the rectangle in a light bluish color (I used #DEE3DD).

Next, take the Mesh Tool (U). We will be using it quite a few times in this tutorial.

Create a couple of Mesh Points (nodes) by clicking with the Mesh Tool to form a grid similar to the one in the screenshot.

Select the whole top row of nodes and the leftmost node of the second row using the Direct Selection Tool (A) and holding Shift. Color these nodes with a slightly darker color, for example #A3B4B7.

Select the second and the third node from the left in the second row. Color them with a lighter color, for example #ECF0E7.

2. How to Create Vector Hills

Create a rectangle. It should have the same width as the background and roughly half the height. Color it with a slightly yellowish white color—I suggest using #FDFDF2.

Now we'll learn how to create a shape using the Mesh Tool (U).

Simply create a node in the left 1/5 of the rectangle and drag it down with the Mesh Tool.


Create two more nodes and, using the Mesh Tool (U), shape the rectangle to look like the image below.

Similarly, create and color a second hill as shown in the image below.

Send it backwards to put it behind the first hill (Control-[).

Create three more hills, as shown in the image.

Finally, arrange the hills in the image. The result should look like this:

3. How to Add Trees to the Scene

For this stage of the tutorial, we will be using a vector of a Christmas tree that I've already made. Please download it using the Download Attachment button on the right.

Open the source image in Adobe Illustrator and drag the vector into your winter background.

Make some copies of the tree (Control-C, Control-V), and scale and move them to create a small forest on the hills, like so:


Adjust the opacity of some trees so the image doesn't look as flat. You can find the Transparency panel in Window > Transparency.

Tweak the settings until you are happy with the result. The farther trees should be lighter, as they are obstructed by the snow.

4. How to Create Vector Snow

First, create three different circles using the Ellipse Tool (L). Their sizes will be 2 px, 3 px and 3.5 px and the color #FDFDF2.

Create a symbol out of each circle by dragging them one by one into the Symbols panel (Window > Symbols). Choose Graphic as the type of the symbol.


Select the Symbol Sprayer Tool (Shift-S). Double tap on it to check the settings; they should be the same as in the screenshot.

Select the first snowflake symbol from the Symbol panel. Drag the Symbol Sprayer Tool across the image, creating as many snowflakes as you want.

Repeat Step 4 with the other two symbols to create a lot of different snowflakes. Once you're done, select each shape with the symbols and go to Object > Expand. Do this twice for each shape.


Repeat the previous two steps until you are happy with the result.

5. How to Add the Finishing Touches

We're almost done! All that's left is prettying the image up a bit. For that, we're going to use a couple of highlights.


Change the Transparency settings of both circles to Screen and 40% Opacity.


Arrange the highlights as shown in the picture. You can add more if you want. Don't worry if a part of a circle is showing—we will take care of it later.


In the next step we will be applying a Clipping Mask, effectively "cropping" the image.

So now, create a rectangle and move it on top of the picture. It should include everything that you want in the final image.


Select everything (Control-A), and then press the right mouse button and select Make Clipping Mask.

What now? You can add some additional textures (you can find a usable example in the archive you downloaded earlier) and play around until you are fully satisfied with your winter background!

In this tutorial, you learned how to create a winter background, primarily using the Mesh Tool and the Symbol Sprayer Tool.

I hope you've enjoyed this tutorial and learned how to use some useful tools for the future!

This winter background is a part of my Three Christmas Landscape Banners, and there's even more in my portfolio! 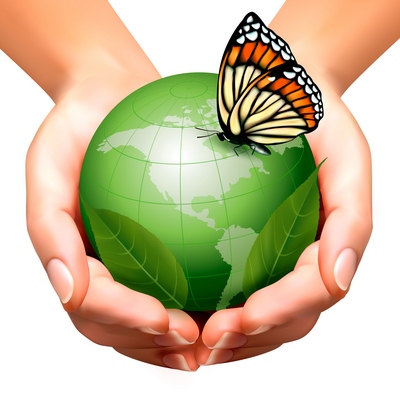 Vladimir Galantsev
Hi, my name is Vladimir and I'm a vector artist. I love creating all kinds of vector images—backgrounds, symbols, and photo-realistic vectors—so if you're interested, check out my portfolio at GraphicRiver!
Weekly email summary
Subscribe below and we’ll send you a weekly email summary of all new Design & Illustration tutorials. Never miss out on learning about the next big thing.
Advertisement
Download Attachment
Translations