How to Create an Irish Door Illustration in Adobe Illustrator

In this tutorial, we're going to create a beautiful Irish door like those found in Dublin. We'll be using basic shapes and creating a brick wall with patterns in Adobe Illustrator.

Looking for inspirational vectors? Why not head over to GraphicRiver.

1. How to Create a New Document

Press Control-N to make a New Document. Set the Units to Pixels, and enter 800 x 1000 for the width and height of the document. Then in the Advanced options, select RGB, Screen (72 ppi), and make sure to uncheck the Align New Objects to Pixel Grid box before clicking OK.

Go to the Preferences (Control-K) and enter 1 px for the Keyboard increment. Press OK.

You can activate the Info panel (Window > Info) in order to have a preview of the size and position of your shapes. Remember to set the measuring unit to Pixels from Edit > Preferences > Units. This will greatly increase the speed of your work. 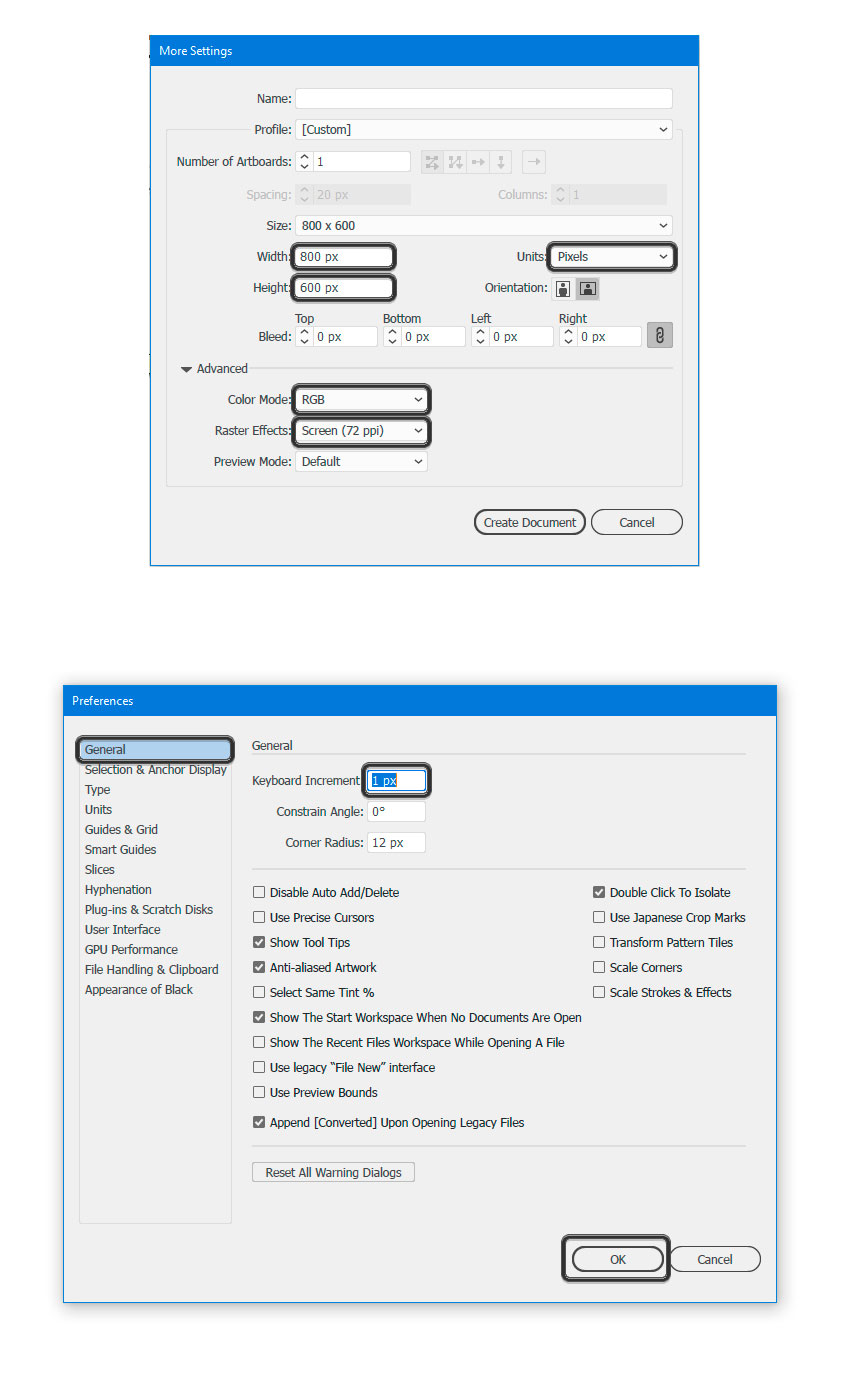 2. How to Create the Door

Then draw a small 3 x 53 px rectangle (#94588F) to be the door’s first box. Create corners using Live Corners with the Direct Selection Tool (A), and pressing the Alt key to choose chamfered corners.

Create another box inside the first one and reverse the colors of the lights and shadows. Then group the entire box together (Control-G), duplicate it twice (Control-C > Control-F), and distribute them horizontally in the upper area of the door using the Align panel.

Duplicate the three boxes (Control-C > Control-F), take the Direct Selection Tool (A), select the lower nodes of the three boxes, and drag them down to create longer boxes. Repeat the same process to complete the door.

Now draw a small rectangle in the middle of the door (#D8A928), and then another one a little bigger. Afterward, using the Ellipse Tool (L), draw two ellipses at the ends of the second rectangle to form the mailbox, and group everything together (Control-G).

Now draw a rounded rectangle using the Rounded Rectangle Tool to act as the mailbox opening (#504327). Afterwards, create two small ellipses and subtract one from the other using the Minus Front utility from the Pathfinder panel. Now, place the ellipses at the ends and use #B08925 as the fill color.

Select the mailbox group and duplicate it twice. Move the first copy slightly downwards and the second one slightly upwards.

Now we’ll create the first pillar. To do so, create a 64 x 27 px rectangle using the Rectangle Tool (M), and draw a thinner rectangle next to that one.

Draw an elongated rectangle over the base and round its upper corners, and then add another rectangle as a shadow.

Now draw two rounded rectangles and subtract one from the other using the Minus Front utility from the Pathfinder panel as shown in the image below.

Now draw the details of the top of the column. Using the Rectangle Tool (M), draw two rectangles and a third one in the middle to create a simple capital. Afterwards, add a series of rectangles as details.

Draw two ellipses to the sides of the capital using the Ellipse Tool (L) and apply a radial gradient using the Gradient Tool (G).

Group the entire pillar together (Control-G) and duplicate it. Place each pillar on each side of the door.

Draw a rectangle behind the door and use a linear gradient as shown in the following image.

Use the Ellipse Tool (P) to draw the window frame around the door, apply the same radial gradient used in the capitals of the pillars. Duplicate (Control-C> Control-F) the ellipse and reduce its scale to create the window.

Draw rectangles with different widths and rotate them to create reflections in the window. Set the Opacity to 20% in the Appearance panel. Subtract the rectangles on the window using the Shape Builder Tool (Shift-M).

Create a smaller ellipse inside the window (#EFEEEF) and then, using the Pen Tool (P), create a horizontal path from the center of the window to its edge. Rotate every 15 degrees using the Rotation Tool (R) to make 12 copies (Control -D).

Draw a rectangle at the bottom of the door to act as the step (#F5F5F5), and then, using the Ellipse Tool (L), draw the entrance and the floor. Finally, draw the wall rectangle in the background.

Apply Transform once again from the Effects menu. Replicate seven vertical copies to complete the brick pattern. Then, randomly selecting the bricks with the Direct Selection Tool (A), change the color scheme of some of them. 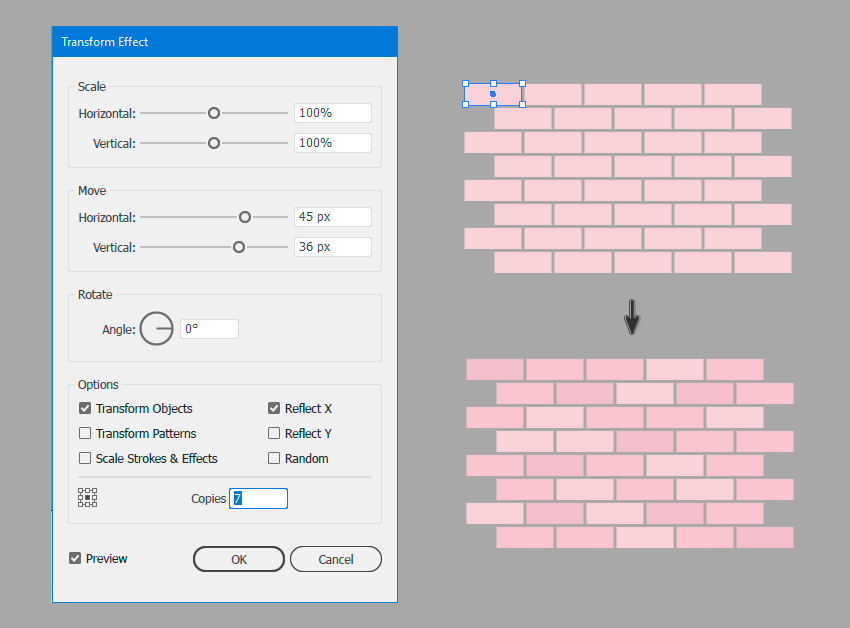 Now, select the group of bricks and create a new pattern (Object > Pattern > Make) with the following parameters. 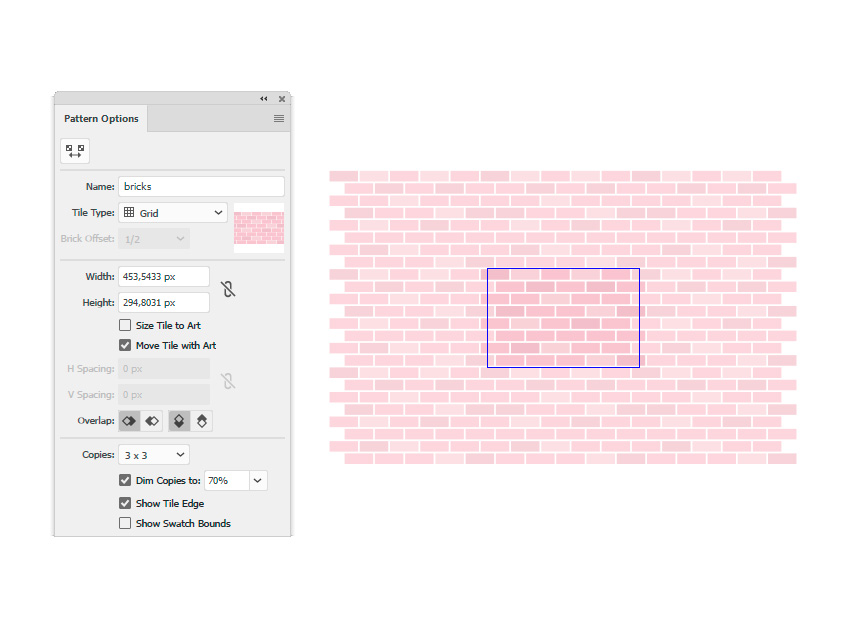 Draw a rectangle in the wall behind the door using the brick pattern.

Finally, draw two rectangles for the arc of the door. Then draw an ellipse around the arc to complete the frame.

Done! You have successfully completed this tutorial. As you see, it was very easy and just took a few steps. I hope you find it helpful and that you've learned many new things for your future illustrations. I'll be watching the comments! 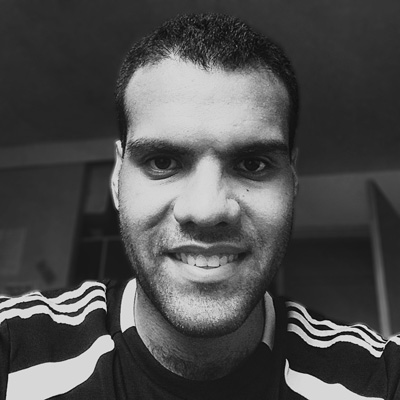 Hector Heredia
Graphic & Motion Designer
Hey! My name is Hector Heredia. I'm a graphic designer focused on logo design, illustrations, and motion graphics. I'm proficient with Adobe Illustrator and Adobe After Effects. Also, I create tutorial videos on my YouTube channel about design and animation. I love to write tutorials and share my knowledge. In my free time, I like to listen to music and play FIFA or NFS!
jherem
Weekly email summary