How To Create a Gold Text Effect in Photoshop

Layer styles are one of Photoshop's most powerful and fun features. You can create all sorts of plastic, glass, water, ice, or metal styles. In this tutorial we will show you how to create a nice gold text effect using this powerful tool. Once you are done, you’ll be able to save this style and apply it wherever you like. Let's get started!

Editor's note: This tutorial was originally published in January of 2008.

Create a new document, apply a Layer Style on the background layer. Add a Gradient Overlay from black to a dark brown (#443501). 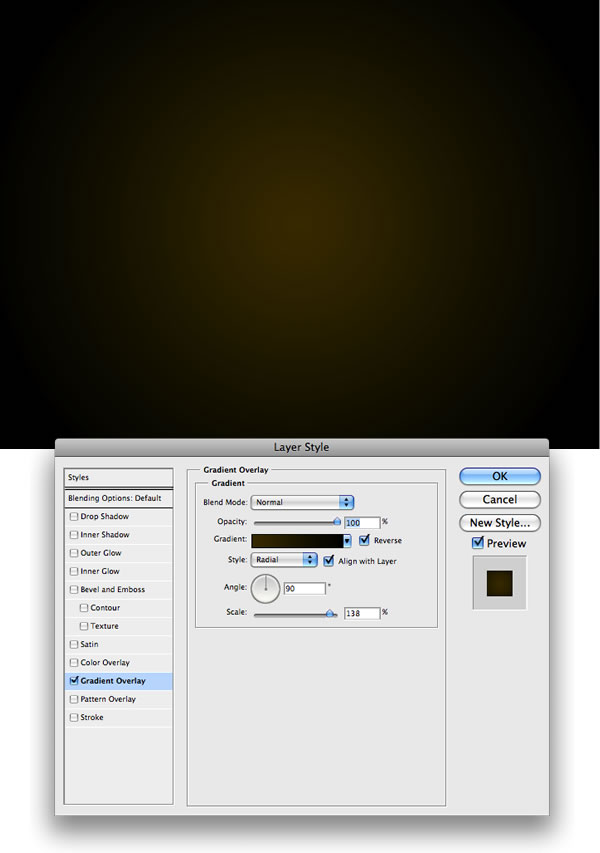 Create a new Layer and apply Filter>Texture>Texturizer. Make sure that the foreground color is white and the background is black. After that, change the Blend Mode to Multiply. 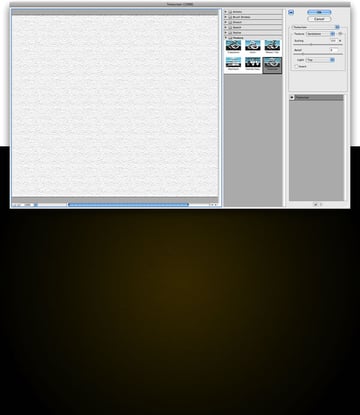 Add some text. I used Times New Roman, and for the "A" I used the "V" letter and flipped it vertically and horizontally. 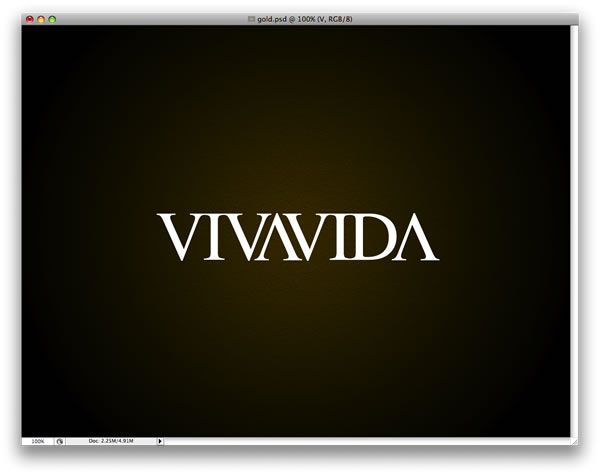 Now we start creating our gold layer style. We'll set up the Gradient Overlay first, as shown below. 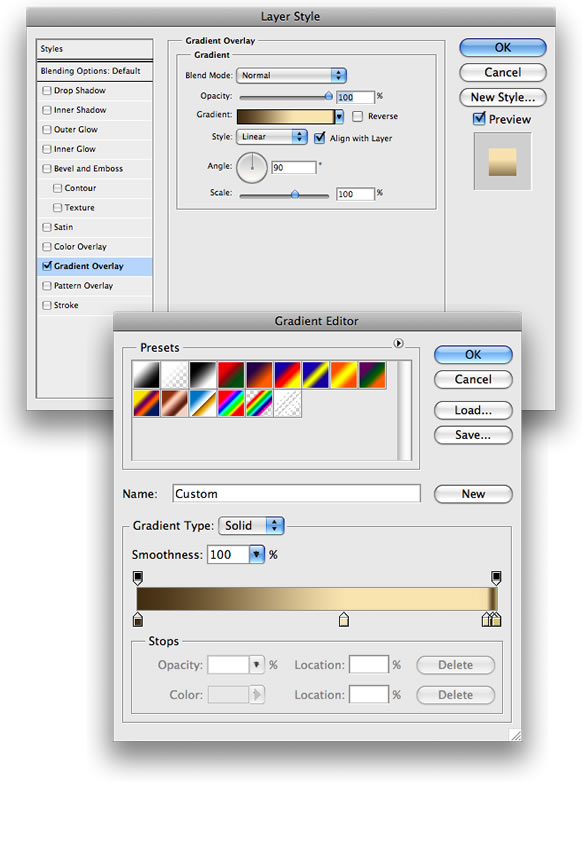 Now we'll add a Stroke. For the Fill Type use Gradient. The position of the gradient will vary for different typefaces, so experiment and see what looks good. 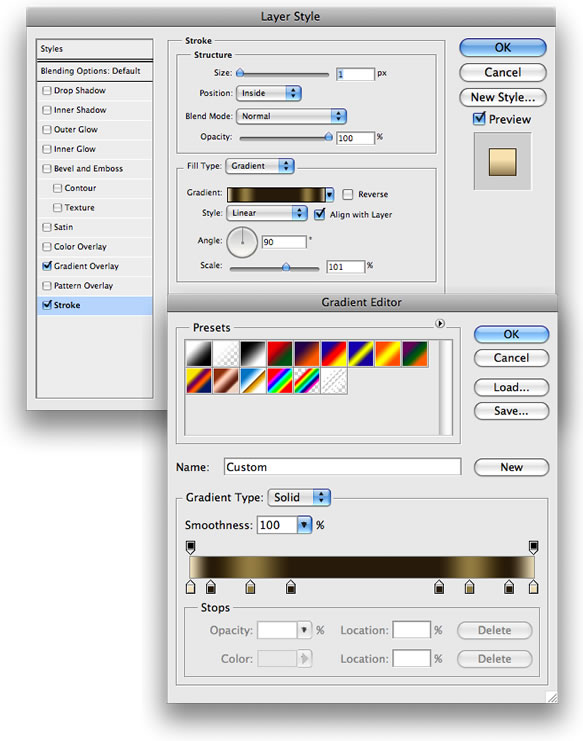 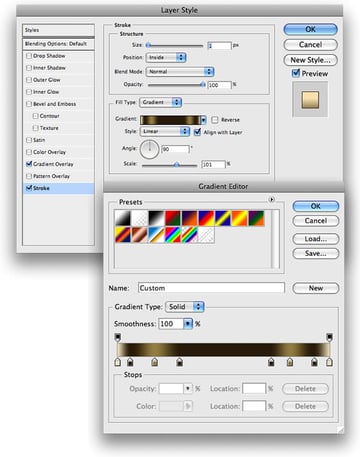 Add Bevel and Emboss, as shown below. 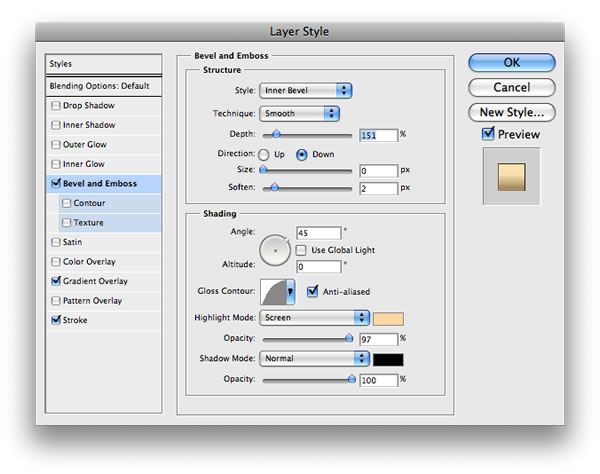 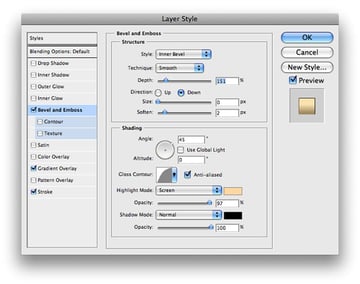 Finally, add some Shadow, again following the specs below.

This a very nice example of how powerful Layer Styles are in Photoshop. Sometimes just changing some values can create a totally different effect. For this tutorial I created gold, but if you change the gradient color to variations of grey you will have silver instead of gold. 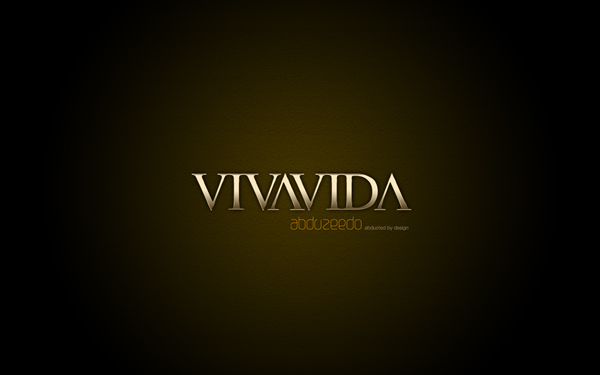 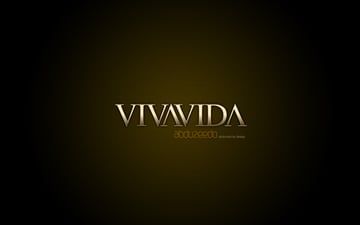 Text EffectsTypography3D TextGraphic DesignAdobe Photoshop
Did you find this post useful?
Yes No
Would you like to provide feedback (optional)?
Cancel Submit