How to Create a Bronze Beveled Text Effect in Adobe Photoshop

In this tutorial, you'll learn how to create a bronze beveled text effect using layer styles in Adobe Photoshop. Let's get started!

Install the pattern file named black_background.pat by double clicking it. 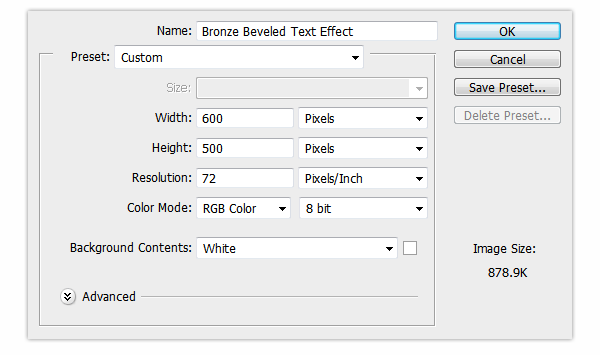 Go to Layer > Layer Style > Pattern Overlay, select ' black_background.pat ' from the list, set the Scale value to 50%, and press OK.

To create the top lighting effect, go to Bevel & Emboss inside the Layer Style dialog box and apply the following settings: 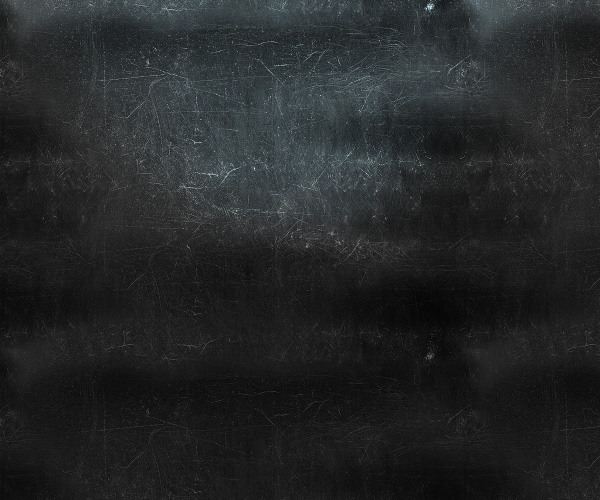 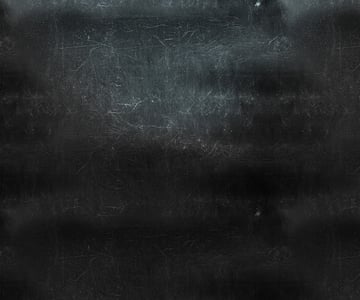 Type the word Round or a text of your choice using Stonecross font. Set the Font Size to 132 pt and Tracking to 20 pt. For best quality, change the anti-aliasing mode to Sharp. Rename the layer A01.

Using the Move Tool, select the text and background layer, and then click Align Horizontal Center and Align Vertical Center on the top menu to center it.

Duplicate the text and rename the new layer A02, as shown below. Hide the A02 layer to work more comfortably, because we are not going to use this layer until part 4 of this tutorial. 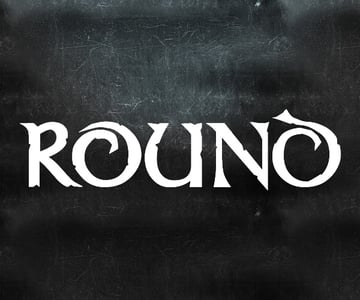 We are going to work on the A01 layer. Go to Layer Style > Pattern Overlay, click on the Pattern box and choose scratched_metal.pat from the list. This texture will work as a base to the metal effect.

To achieve a realistic bronze color, go to Layer Style > Color Overlay. Change the Blend Mode to Multiply and set the following values. 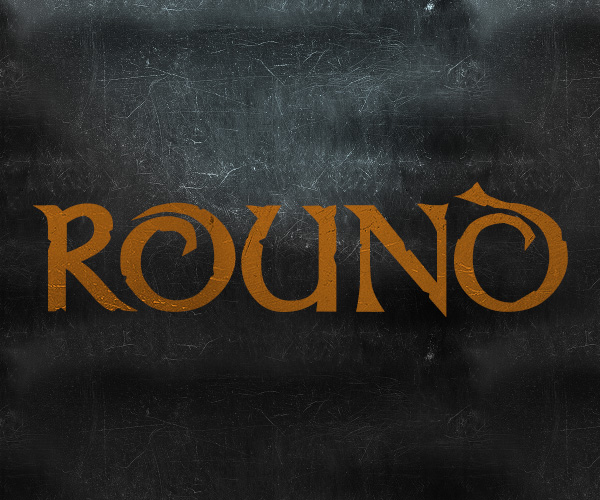 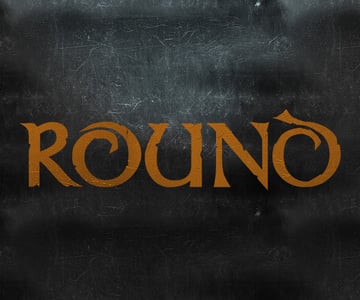 In the Layer Style window, modify the settings of Bevel & Emboss and Contour as shown below. 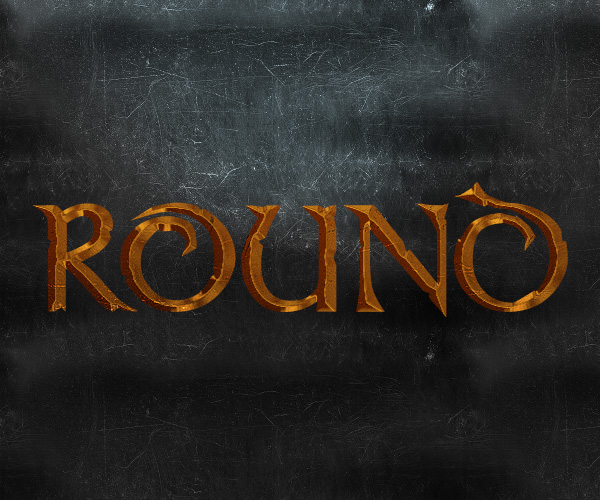 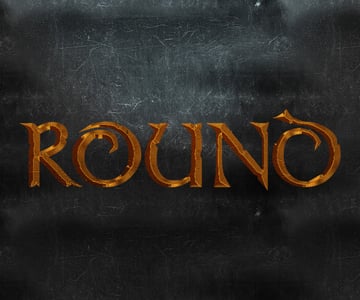 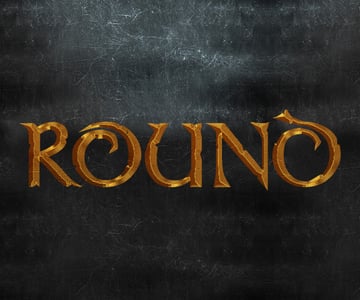 We need to add some shadows to separate the text from the background. Go to Layer Style > Outer Glow and use the values shown below.

We’re going to work with the A02 layer, so make sure you turn it on! Go to Layer Style > Outer Glow and use the settings shown in the image below. 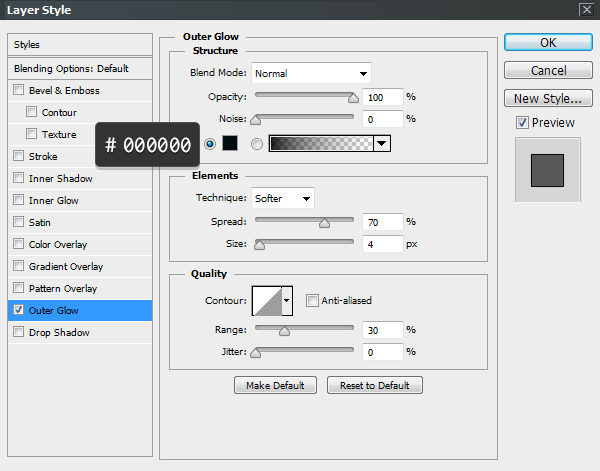 To start improving the 3D look, we are going to accentuate the lights and shadows on the edges. Go to Layer Style > Bevel & Emboss and use the following settings. Create a custom contour with the values shown in the right column.

This is an important step. We have to achieve a perspective with a central vanishing point.

Go to the Character window and change Horizontally Scale to 98% as shown below.

To match the color of both text layers, go to Layer Style > Color Overlay and use the following values.

Select Stroke from the Layer Style window, set Fill Type as Gradient and use the values shown below to brighten up the edges. 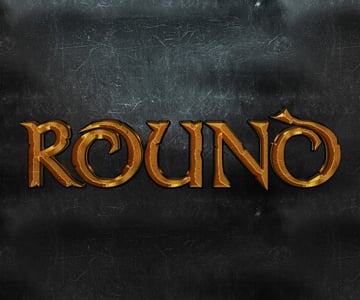 In this final step we are going to add some depth to make the text stand out. Modify Drop Shadow using the following settings.

In this tutorial I showed you how to create a metallic background and a bronze beveled text effect using layer styles.

Enrique Eliçabe
My name is Enrique Eliçabe and I'm a graphic designer with 15+ years of experience. My principal weapons are creativity, communication, and hard work. If you would like to know more about me, please check my portfolio.
Fluxtory