With this tutorial, learn how to apply some effects not often used in Illustrator, like the Chrome effect, which is used to create metallic look with a realistic aspect. Also, notable in this tutorial is the use of Texturizer to create toast texture. We will also use 3D effect and the Mesh tool, which bring depth to the this illustration.

Start creating the contour of a toaster shape with a gray fill. 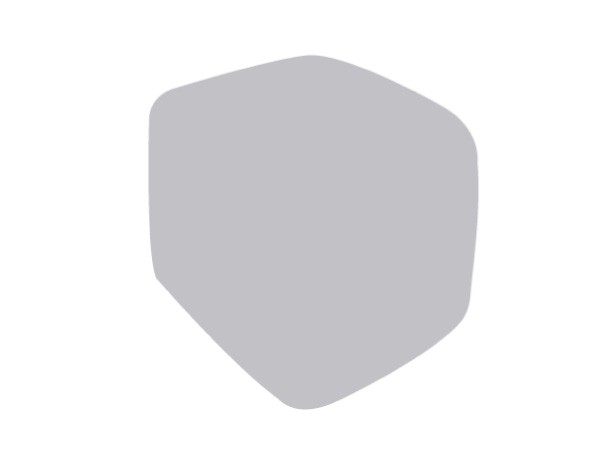 In a new layer create shapes with the same gray fill using the toaster contour to simulate the light areas.

Apply the Mesh Tool on these new shapes and, using different gray and white shades on the mesh intersections, create the lights over the contour. 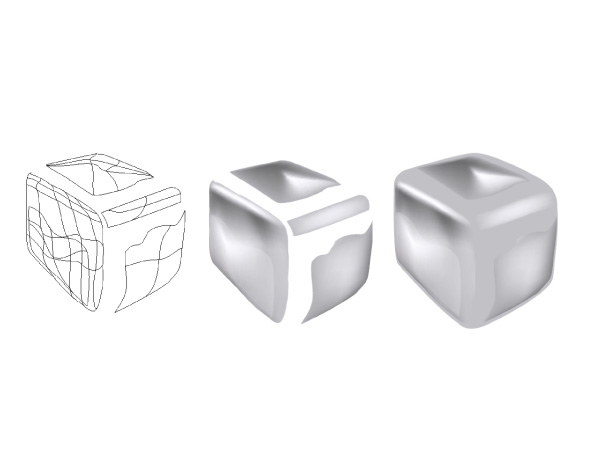 Group both layers and create a new copy. 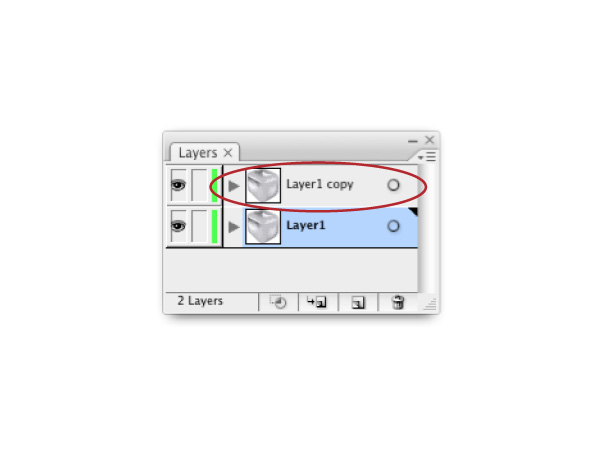 Select the copy, click in Effect and apply Sketch > Chrome. This option
will create a very interesting chrome effect. To get a subtler effect move the smoothness slider all the way to the right.

To create the holes for the toast draw two shapes like the ones below and group them. 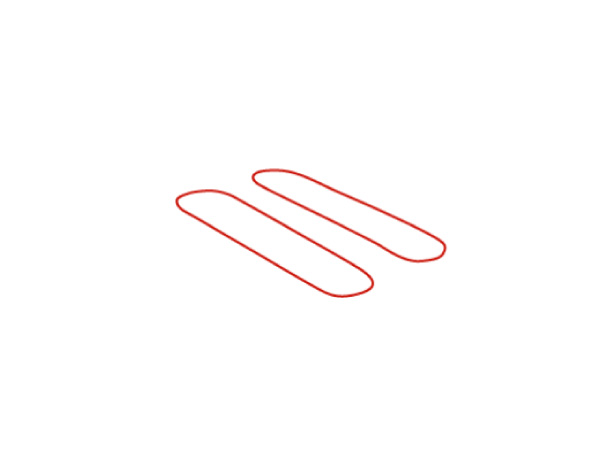 Duplicate the shapes and drag them a little to the bottom, as in the example below.

Select these two shapes and apply the Pathfinder Divide tool. Delete the remaining bits and pieces. 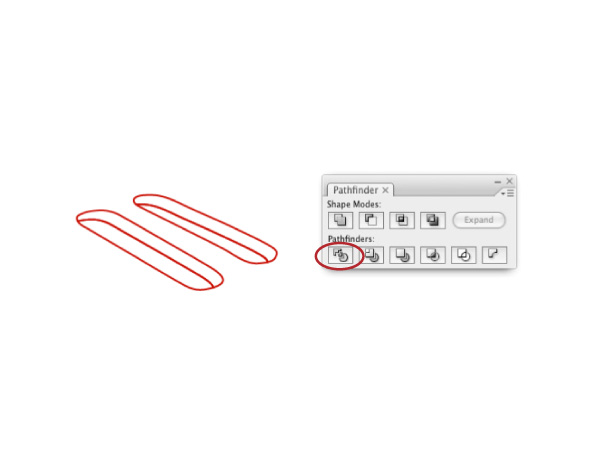 Fill the bottom shapes with black and the upper ones with gray. Delete the outlines.

Apply the Mesh Tool on the gray shapes, using shades of dark gray on the mesh intersections. Build a sense of depth here. 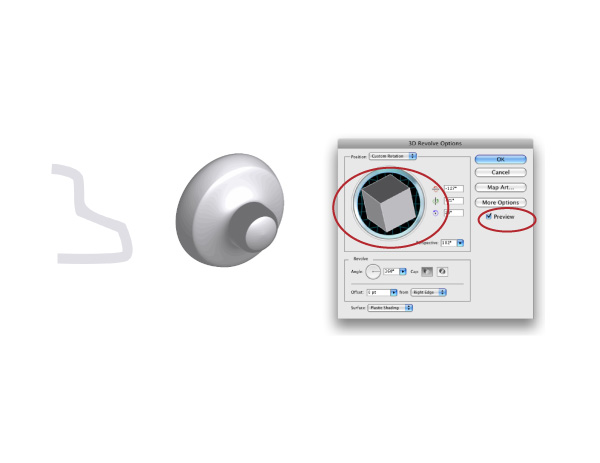 Fill the half ellipse with dark gray and use the 3D Extrude effect. In the options panel select the desired depth and rotate the cube to position the shape.

With the figure selected, apply Object > Expand Appearance to convert the effect into an object. Ungroup the elements and apply Mesh on the upper part of the button, as in the example. Apply white on the central mesh intersection to create the lighting effect.

Add other details, like the timer numbers and the slide hole for the eject button.

To make the toast begin by creating the texture. Draw a square and fill it with any color. Apply Effect > SVG Filters > AI Wood Grain. 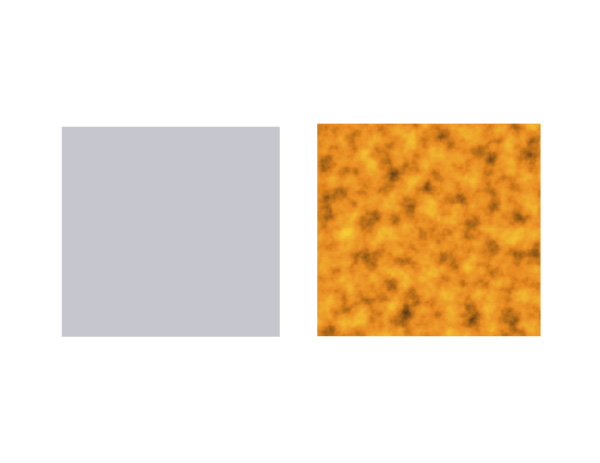 Apply in the square the Inner Glow effect using the Multiply Mode with a dark brown fill. Raise the blur value to darken the border of the square, creating a burned effect.

Create an amorphous shape over the texture and fill with white or light gray applying the Blur effect with the Gaussian Blur option and 100% radius. 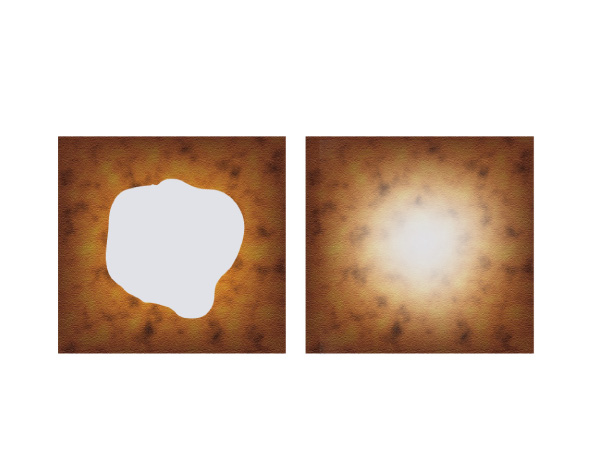 Go to the Transparency panel and choose the Soft Light blending to apply on the central shape, which creates an interesting lighting over the texture.

Drag the texture to the Symbols panel.

Draw the shape of a piece of toast, fill it with the #D69C51 color and delete the outline. Use the 3D Extrude effect. In the options panel select a small depth to create the thickness of the toast (in the example we used 20 pts).

In the same panel go to Map Art and in the surface field search for the toast face. Activate Symbols in the panel and apply the previously created texture.

Rotate the cube to position the toast over the toaster hole.

Make some copies of the toast and position them in different ways.

Create the toast reflection one the toaster body. Make a copy of the toast and mirror it under the first toast.

To conclude make a shape filled with a black and white gradient and put it over the mirrored toast. Select both objects and in the Transparency Panel Pop-Up activate the Make Opacity Mask option. Adjust the gradient direction to hide part of the reflection and lower the opacity a little.

After applying a little bit of shadow under the toaster, we're left with the final image below!

Getulino Pacheco
Getulino is a brazilian illustrator and designer. He uses all his know-how to use computer as an artistic medium and is considered a pioneer at brazilian digital art. He is a curriculum developer at Desktop (www.dtp.com.br) teaching Illustrator, Photoshop and Painter. Getulino also is involved with teaching seminars with softwares specialists such as: Alexandre Keese, Emanuel Infante, Sérgio Aguirre, Carlos Bonilla, Jack Davis, among others.
Weekly email summary
Subscribe below and we’ll send you a weekly email summary of all new Design & Illustration tutorials. Never miss out on learning about the next big thing.
Advertisement
Download Attachment
Translations