In this tutorial you will learn how to create a stitched type effect. You will create simple geometric patterns, a pattern brush and use the appearance panel to create the final look. Let's get started!

We will start by creating a seamless pattern. To do this, make a square, sized 10x10 mm and center it on the canvas.

The first pattern will be made from circles. To do so create an ellipse with 4x4 mm dimension and center it as well. 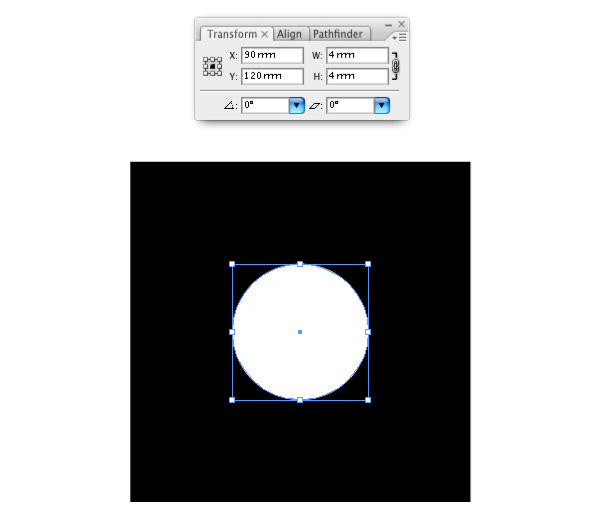 We want to have another smaller circle inside the first. Duplicate the layer (Command + C and Command + F) and change its dimensions to 2x2 mm.

Now in order to make the pattern repeatable, copy the two circles and place them at the top left corner of the rectangle. You can get the precise position by first selecting the corner with the direct select tool (A) and copy the point's position using the Transform panel to the center of the two duplicated circles. Since you know the canvas size and square size, the position will be x: 85 mm; and y: 125 mm. 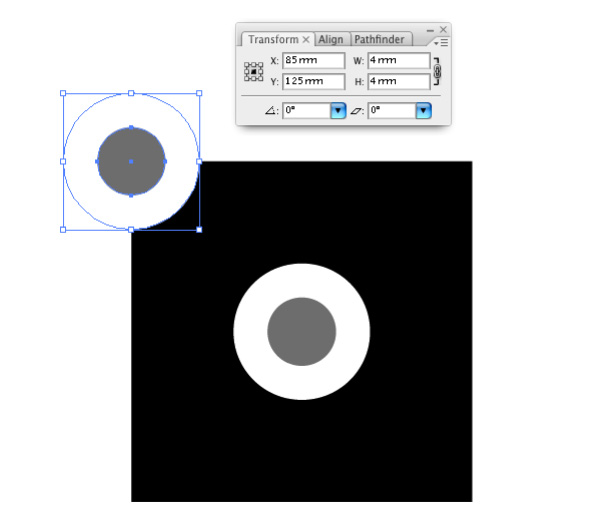 Do the same with the second circle and duplicated square. Group the two quarters of the circles.

Now I will color the pattern to something more appealing than grayscale. Open the swatches panel and go to Open Swatch Library > Retro (This is a CS2 color swatch, I copied it into my CS3 folder manually). You can of course choose any color swatch you want or pick your own colors.

The colors work best when you have contrast between the shapes. I used a bright blue next to a very pale yellow. That way the two colors won't blend into each other and make your eyes hurt. Same goes for the pink in the center.

Note that AI sometimes displays "holes" in the preview. Once you export the file or save it for web, everything will be perfectly filled.

The pattern you created is staggered because we moved a quarter of the circle to the corners of the square. If you don't want this, delete the quarters and drag only the square and circles to the swatches panel.

In my example (shown below) I changed the colors as well, because I want to use this pattern later. 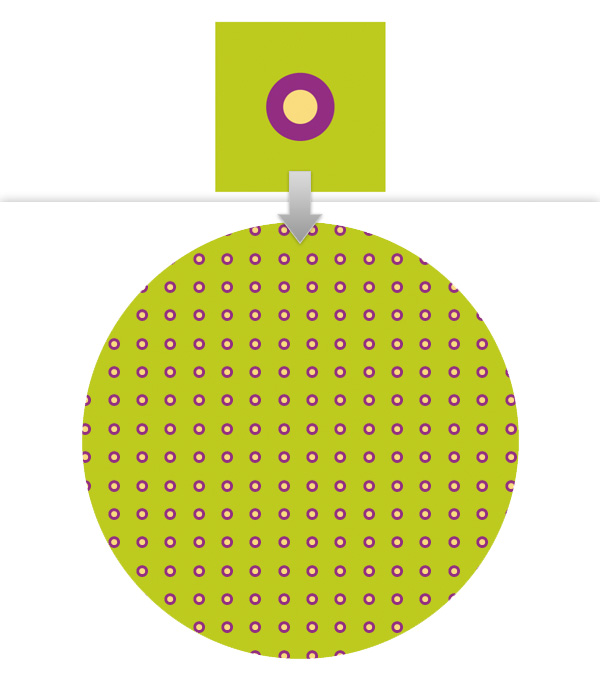 You can use the same workflow above to create patterns with squares instead of circles.

To create a striped pattern make a square. Duplicate the square and change either its width or height, using either the transform panel or just drag it. Make as many stripes as you want.

With a little creativity and logic you can now create whatever pattern you want. I created some example patterns below.

You may want to review other tutorials about creating seamless patterns here on Vectortuts+ for more inspiration and instructions: 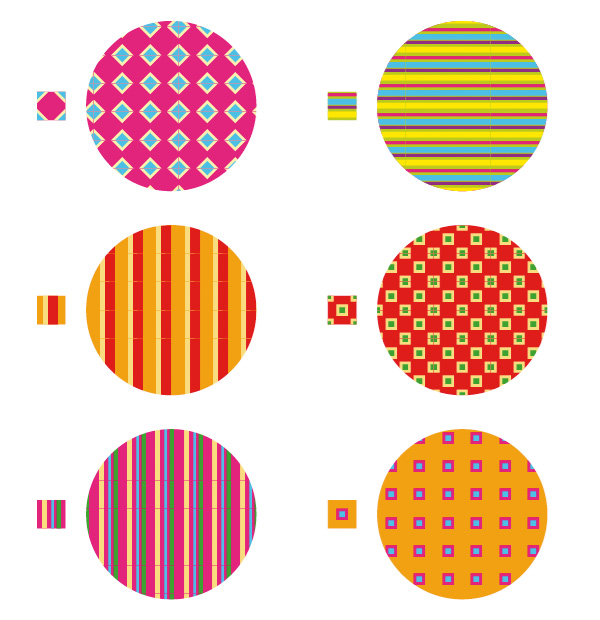 I want to create the appearance of stitched text. I could use an outline to do this, but I decided to create a pattern brush to give it more depth.

Create a square (I choose 2 mm) and centered it on the canvas. Delete all fills and strokes from this rectangle. Now create an ellipse of the same height like the rectangle, but less width. Fill it with black and no outline. 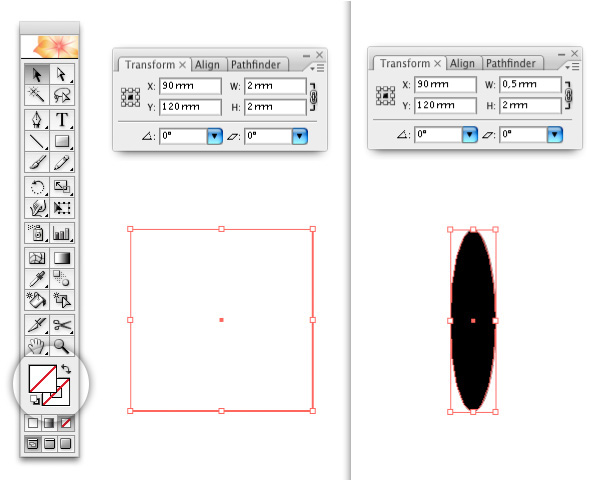 The width of the rectangle defines how much space will be between the single "stitches" later. For a better view, swap to View > Outline. You will be able to see the outlines of all shapes, even if they have no stroke or fill.

Group the two shapes. With them still selected create a New Pattern Brush by clicking the new brush icon on the brush panel. Change the colorization method to Tints and you are done. 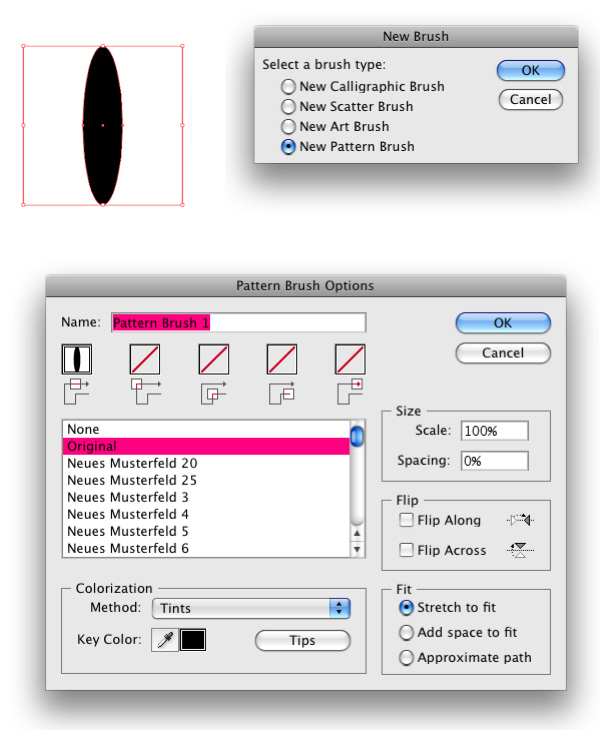 This is were I stop being all about numbers and do some freehand illustration. I started drawing letters using the Pencil Tool. I have a pen tablet, which makes it easier. But as I want the letters to be somewhat floppy, a mouse works just fine.

I prefer to work with paths that don't close automatically. What I do instead is I select the 2 open points with the Direct Select Tool and join them, using the Command + J shortcut. You can draw the letters using the Pen Tool as well. It is what I eventually did to get more precise shapes for the letters.

I will adjust the letters to the shape I like using the Pen Tool later anyway. If you don't feel good drawing the letters freehand you can always draw on paper and trace a scan of your sketch. I am not going to tell you how the letters are supposed to look. After you are happy with how the letters look, you can move on to the next step. 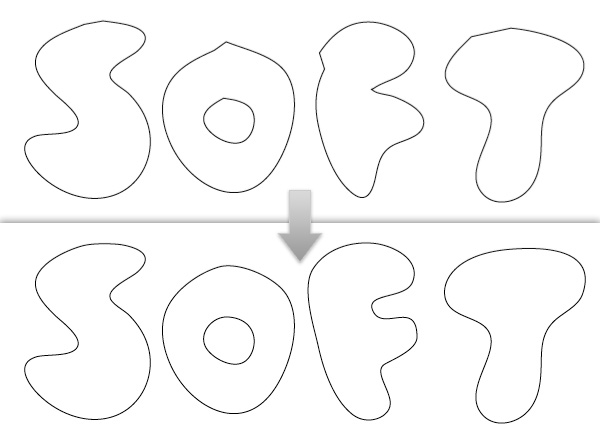 Adding the Layer Style to the Type

We are done with our preparations and can now start putting it all together.

Select any of the letters you created. Open the Appearance panel and select the fill, then choose a pattern for this letter.

Next you select the outline and use the pattern brush we created earlier. You can play around with the color and stroke width until it looks good to you. I picked a dark brown and 1pt stroke width for my letters.

Go to the Swatches panel and use Open Swatch Library > Pattern > Basic Graphics > Basic Graphic_Textures. I selected the "Burlap" pattern for my new fill. Set this fill to soft light and to 40% Opacity on the transparency panel. 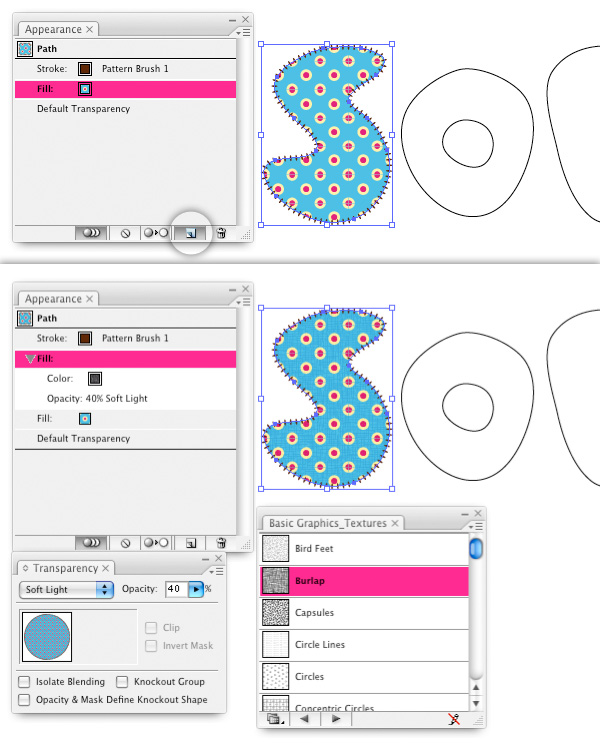 To give the letter more depth I will apply a drop shadow to the letter. Go to Effects > Stylize > Drop Shadow and use this setting.

We will now save the appearance of the letter. Go to the Appearance panel and make sure none of the strokes or fills are selected. Then open the Graphic Styles panel and create a new style.

Select the other letters and choose the newly created style. 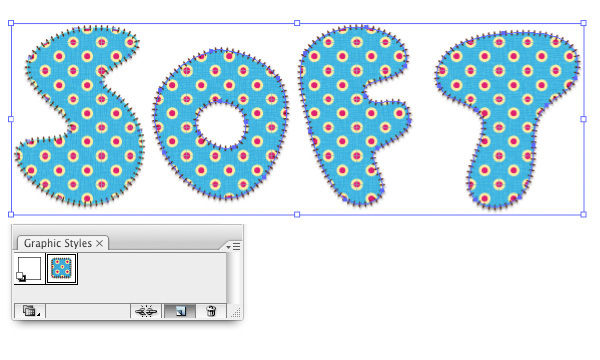 Arrange the letters in a way you feel comfortable. I like to put them in the upper third of the canvas. 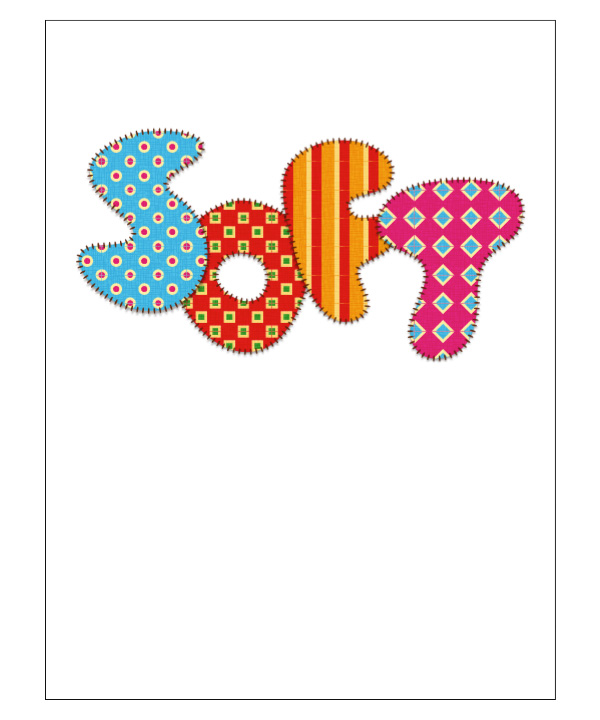 We are almost done! To complete our layout, we will now create a background setting for the type.

Draw a rectangle in the size of the canvas and fill it with a light green.

Using the appearance panel add a new fill and apply a gradient in a 90° angle. 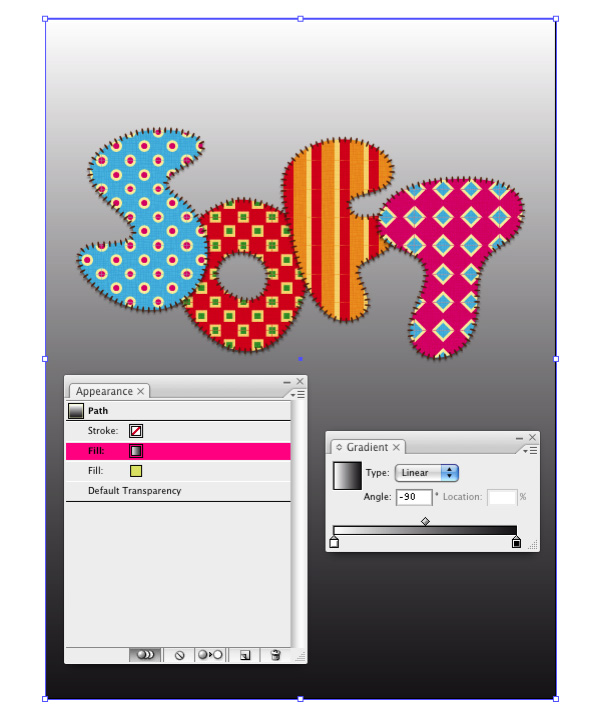 Set the gradient fill to Soft Light and 50% Opacity.

Add another fill using the structure we used on the letters and set it to Soft Light at 40% Opacity.

You can add as many elements as you like to the layout. I will add a little line of text and we are done. 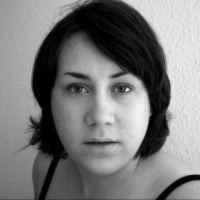 Anne Elster
I am a Hamburg, Germany, based full-time web designer graduated in Spring 2007 and working full-time since then. In my spare time I create all kind of artworks, including vector and typographic art.
Weekly email summary