To begin, let's have a look at the image we'll be creating. The final image is below.

Now go to File > New, and be sure to choose Web for the Document Profile. Then Save the file and name it "Sidekick." 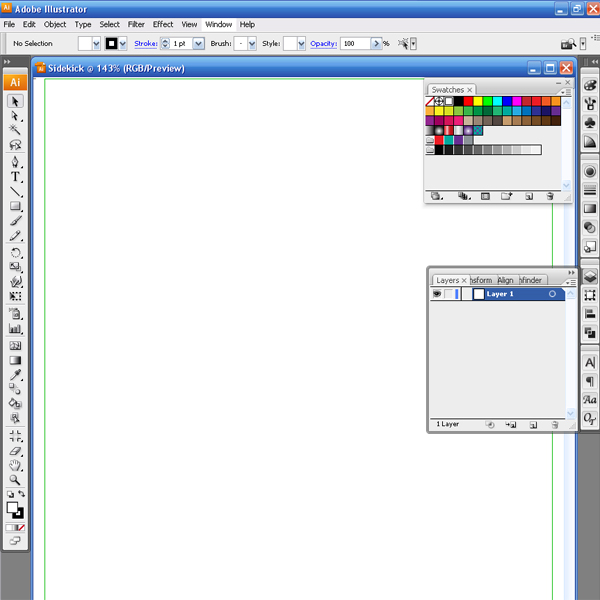 Paste the JPEG of the Sidekick LX. Make sure that this image is on its own layer and is locked. This is extremely important because the final design will have many objects and this will help keep them organized.

The first step in creating the actual phone is to create a back which will eventually be underneath the flip screen. For this you can simply create a rectangle or use the Pen tool. 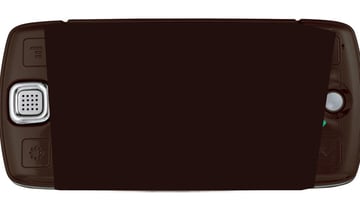 Next we'll make the outlines of the phones various parts. I split the phone into three parts, left side, screen, and the right side. Trace these three parts with the Pen tool. Make sure to curve most of the lines by dragging the Pen tool to make a smooth curve, as any straight lines will look awkward and unnatural.

Now we'll add the gradient to the two sides. We'll only have to make the gradient once; we can then copy the gradient and flip it for the other side. The objective for the gradient is not to display a light source and create the illusion of depth.

The phone is an orb shaped object. The gradient should contain at least three colors. One color should be the base color, the next should be a lighter shade for the highlight, and the third should be a darker shade. 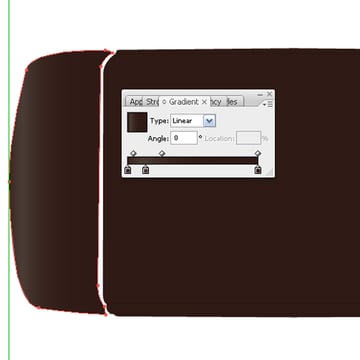 The next step is to create the flip screen of the phone. For this you can simply use the Rounded Rectangle tool. Make the fill color black with no stroke color. Then create the black area in which the screen will be place. 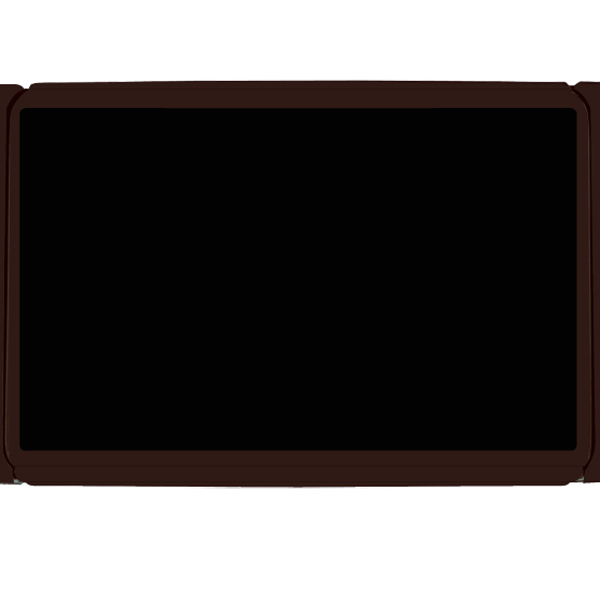 Now chose a dull brown color to make the LCD screen. Use the Rectangle tool and create a rectangle that has an even boarder of black on the top, bottom, and left. There should be more room on the right side, this is where the big logo will go. 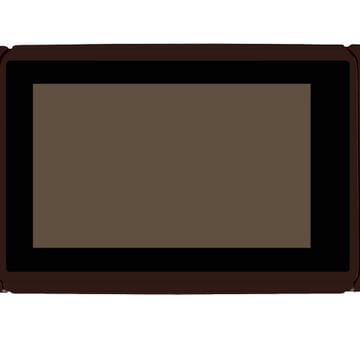 Now duplicate the LCD screen rectangle and apply a gray horizontal gradient to it. Once the gradient has been applied, set the angle at -40°. Then set the transfer mode to Overlay and the Opacity to 60%. 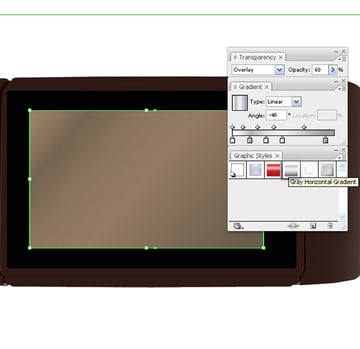 Create a small circle using the Ellipse tool and apply a gray horizontal gradient to it. Place this below the LCD screen and center it. This is the light detector. 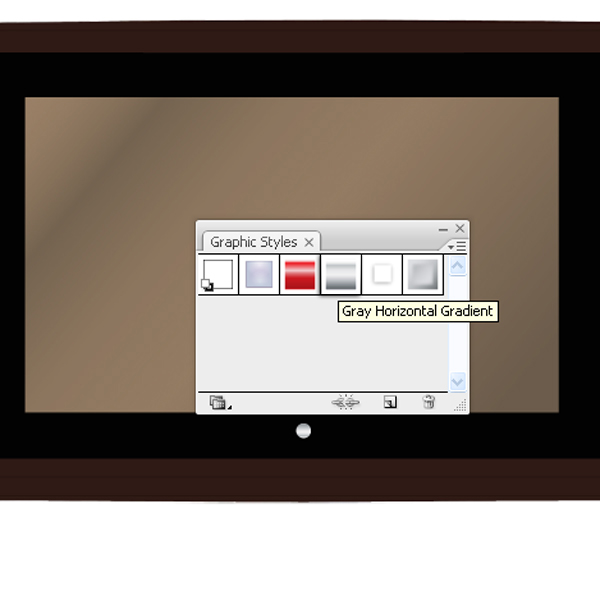 Add a gradient with a light brown and the base brown colors that we used earlier. Use the dark brown color for the stroke. Position the angle so that the light source is on the top left of the "Sidekick." 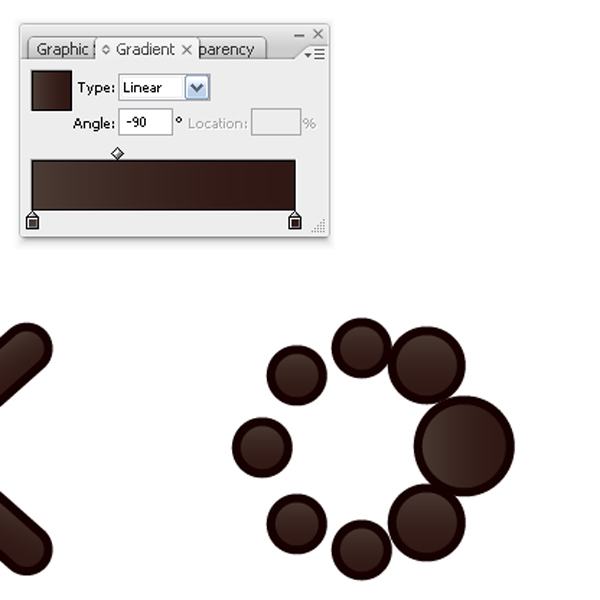 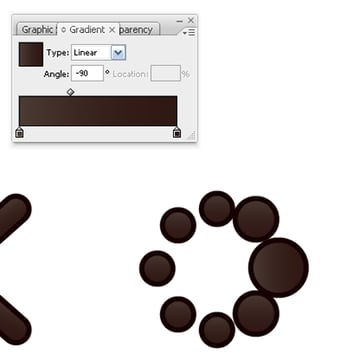 To create the button for these symbols, use the Rounded Rectangle tool to make a simple square shape with the same dark brown stroke and base brown fill. Duplicate this one square to make a button for all four symbols and center the symbols on the squares. Group each button and symbol. Then position the buttons based on the reference image. 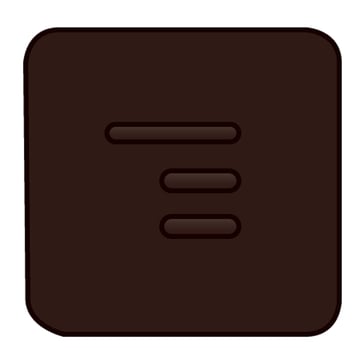 Create a small circle that has a dark gray fill and a gray stroke. Make four columns and four rows of the same circle. Then position the speaker in the proper location in reference with the "Sidekick" image. 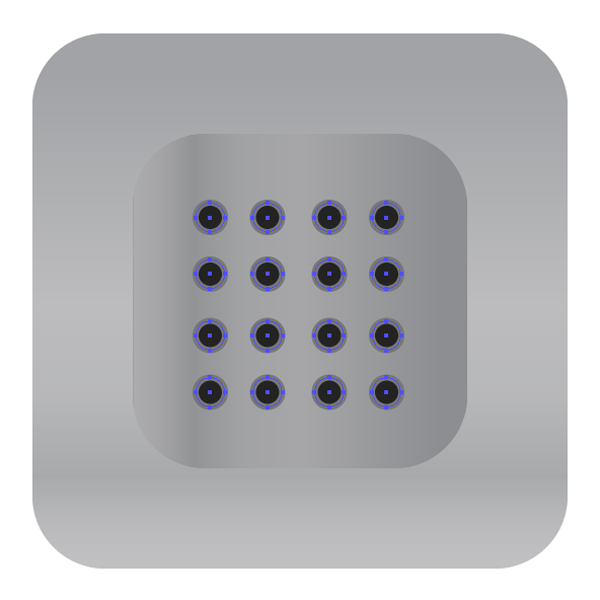 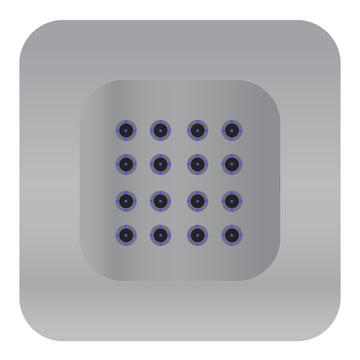 Use the Rounded Rectangle tool to make the Mic. Apply the same attributes the symbols had to this rectangle. Then position the Mic next to the Cancel button. 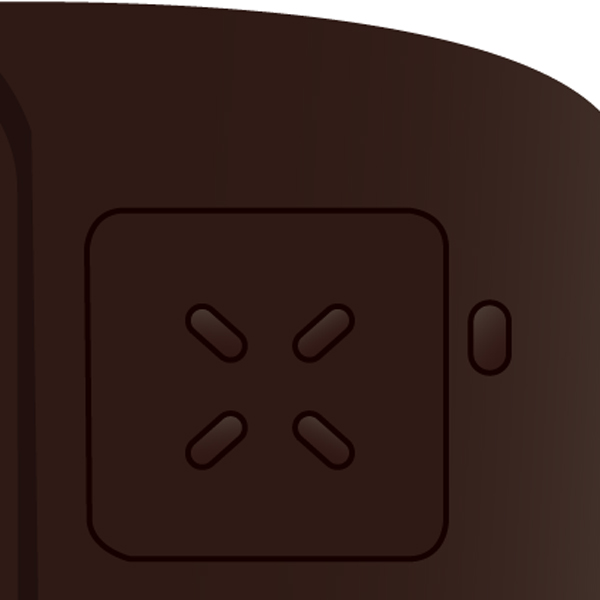 Now create the End Call button. This rectangle will have a circle cut out in the bottom right corner. It will also have a light bump above the indent to give an extruded effect. You can use the Pen tool to draw this shape, as shown below. Use the Sidekick image as a reference. 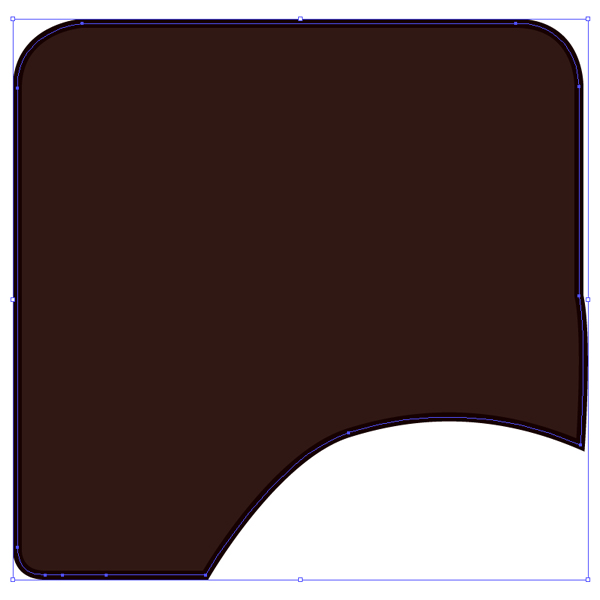 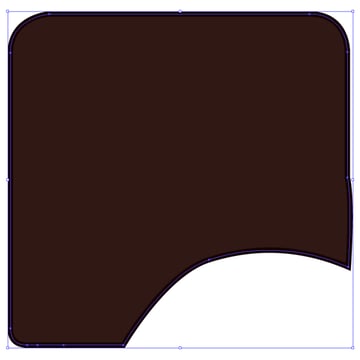 Now apply a gradient with the same light brown and base brown colors. Set the angle to 139°.

Duplicate the End Button and flip it horizontally so it is upside down.

Use the pen tool to trace the Talk and End symbols. Both should not have a stroke. Color the Talk button #00B384 and the End button #E46674. Position both symbols in the corners of the buttons. 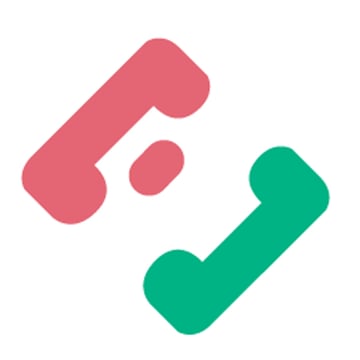 Next we'll make the Track Ball. Use the Ellipse tool to make a circle. The fill should be a cream color and the stroke should be a light brown.

Now add a gradient to the circle. The gradient can be of any color; I chose to keep a cream gradient. 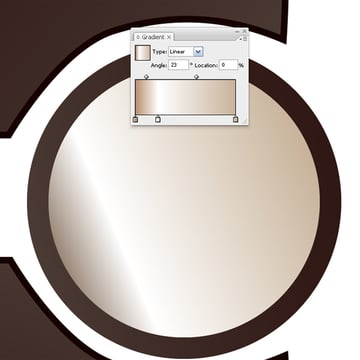 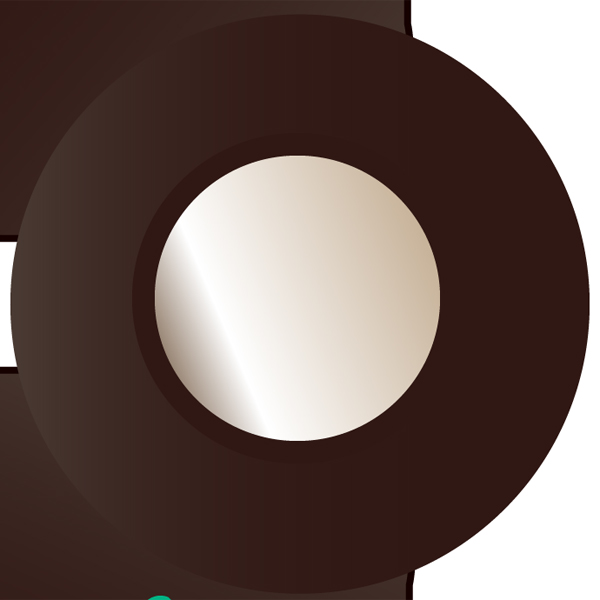 Now make another circle and position it on top of the circle made in step 23. Use the same gradient, but change it from linear to radial, so that the lightest brown is on the outside. 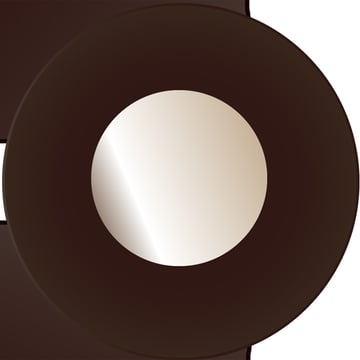 You can see in the image below where all the shapes we created are placed. Congratulations, you have just made a cool phone using basic tools and simple gradients in Adobe Illustrator. Now you can go back and touch up the vector to your taste! I finalized this design by adding a branding and a reflection, as shown below.

Mohsin Amjed
Mohsin is a young graphic and motion graphic designer. He has experience with almost every Adobe software made and has more that three years of experience. He currently resides in Virginia, USA, and seeks to establish a strong presence on the web. You can view Mohsin’s latest work on deviant art, flickr, and youtube, just search his name!
Scroll to top