Software applications and stock art designs often need box designs to help with the marketing. We frequently use box designs on Psdtuts to promote our exclusive freebie or premium sets. There are several ways to create this sort of design. You can use software, actions, or even do this yourself. In today’s tutorial we will demonstrate how to do this by hand, in Photoshop. Let’s get started!

Create a new page 4000 x 3000 px wide. Feel free to use smaller dimensions if necessary. Use the Pen Tool to create the shapes as shown below. Make sure each shape is on its own layer and name them as shown. Apply the following layer styles. 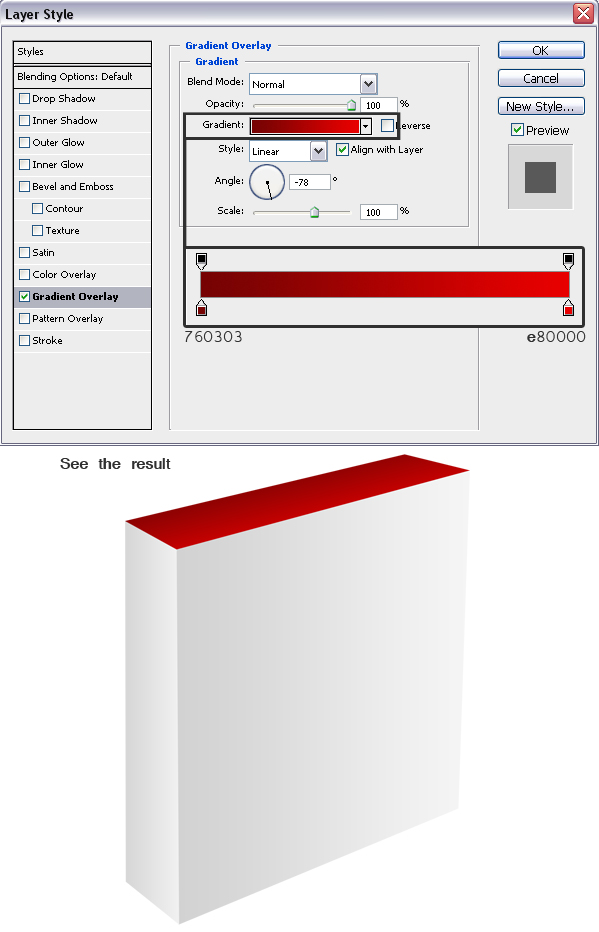 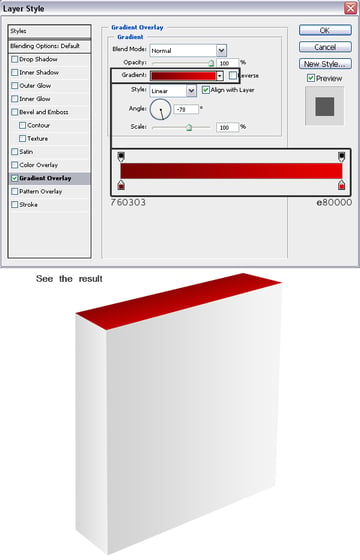 Cmd/Ctrl + Click on the 'Base_front' layer. Then, create a new layer and name it 'Front_dark.' Select #424242 and use a feathered brush with a 700 px radius to paint some shading as shown below. Then change the layer’s blending mode to soft light with an opacity of 31%. 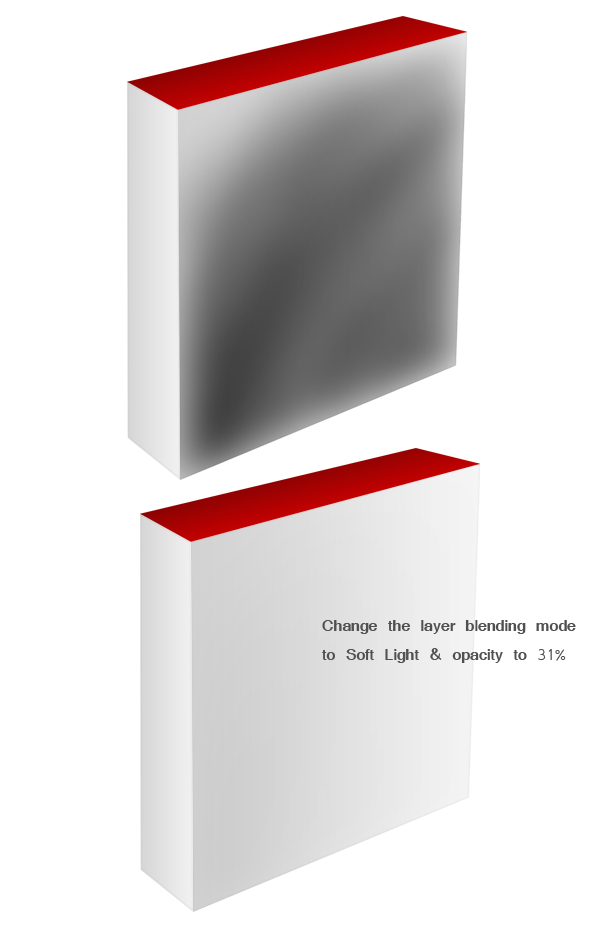 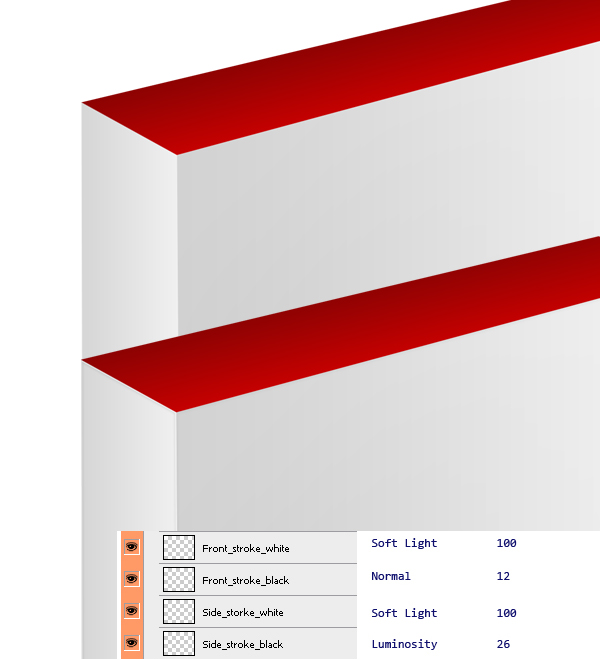 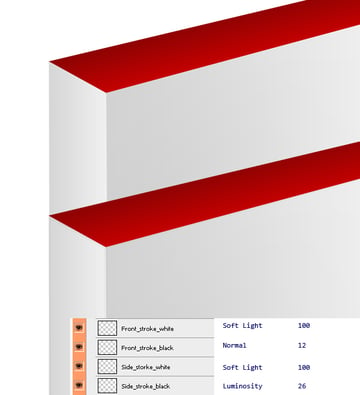 Grab the Pen tool; create two shapes as shown below. Make sure each new shape is on its own layer and name them as shown. Copy the layer style of 'Base_up' and paste it on the layer. Change the gradient angle for each of the new layers as shown. 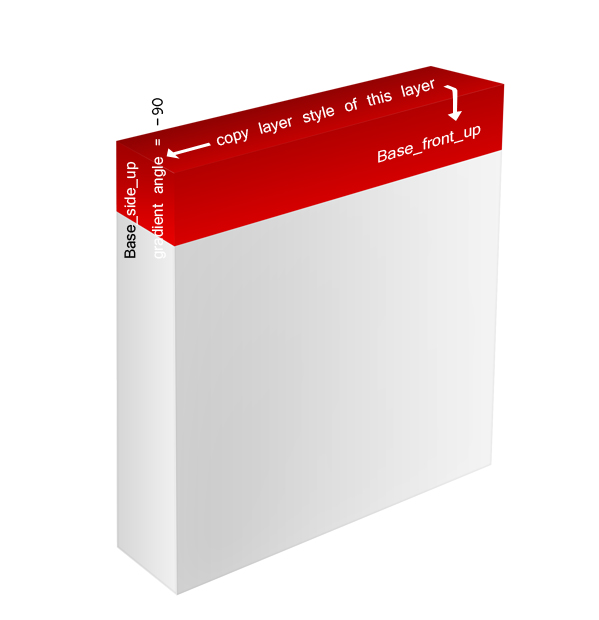 Cmd/Ctrl + Click on 'Base_front_up' to obtain its selection. Create a new layer and name it 'front_draw_lines'. Use a hard black brush with a 50 px radius and paint as shown. Repeat step for 'Base_up' and 'Base_side'.

Create a new layer and name it 'Base_top'. Draw the shape below with the Pen Tool. Hit Cmd/Ctrl + Enter to make a selection and fill it with any color. Apply the layer style below. Add a white stroke using the steps explained in Step 4 and then use the Steps explained in Step 6 to add some texture. 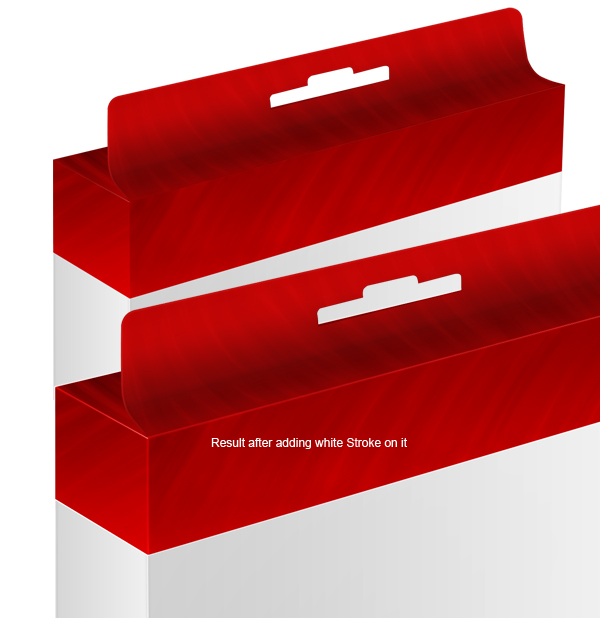 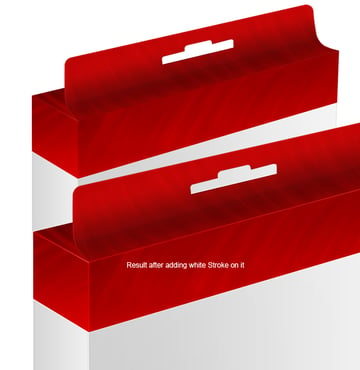 Cmd/Ctrl + Click on 'Base_up' and then create a new layer and name it 'Pattern_Draw_overlay_Front'. Take a hard 125 px brush and paint a pattern as shown below. Use different colors and sizes to achieve the effect. Do the same with 'Base_side' layer.

Create a new layer and name it 'Light_front'. Grab the Pen Tool, create a shape as shown below and fill it with white. Then, take the eraser tool and use a large soft brush to erase some areas as shown below. Repeat this process for the side of the box.

Type out some text. Then skew it as shown below. 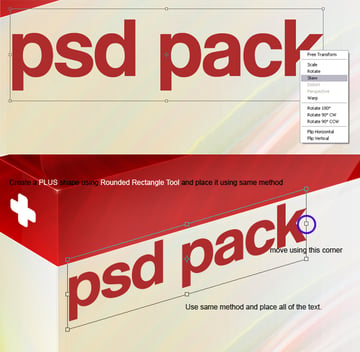 Create a stage for the box using the same techniques as we outlined above. 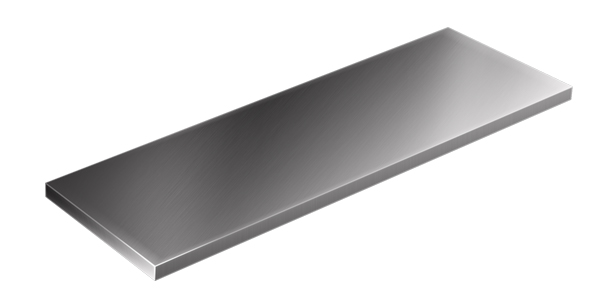 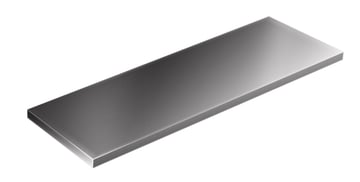 You can create a reflection on the stage using the Pen Tool to draw the various shapes. Fill it with white and then take the eraser tool to areas the appropriate areas with a feathered brush. Set blending mode to overlay. 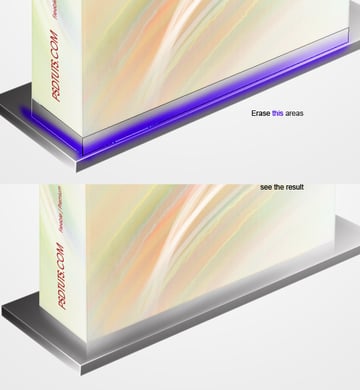 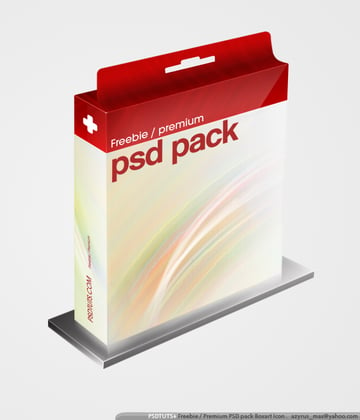 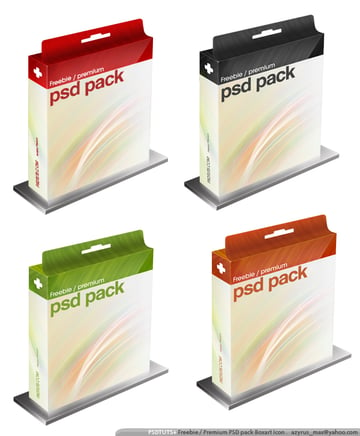 Icon DesignAdobe Photoshop
Did you find this post useful?
Yes No
Would you like to provide feedback (optional)?
Cancel Submit
Want a weekly email summary?
Subscribe below and we’ll send you a weekly email summary of all new Design & Illustration tutorials. Never miss out on learning about the next big thing.
Sign up

Tanmoy Dey
My name is Tanmoy, a 20 year old student from Kolkata, India. I love working with photoshop.
Scroll to top