Icons are an important part of most interactive and web design. While icons are small, they can often be challenging to create. In today’s tutorial we will demonstrate how to create a download folder icon using different shapes and reflections in Photoshop. Let’s get started!

Open Photoshop and set up a new document (Command/Ctrl + N). Use the following settings:

Draw the back part of the folder using the Pen Tool using the same drawing technique. Then draw the stripe as shown.

Once you have finished drawing your folder, go ahead and add the paper and arrow as shown. You should now have the following 5 layers. Each shape will be in its own layer. Be sure to give each layer a unique name. 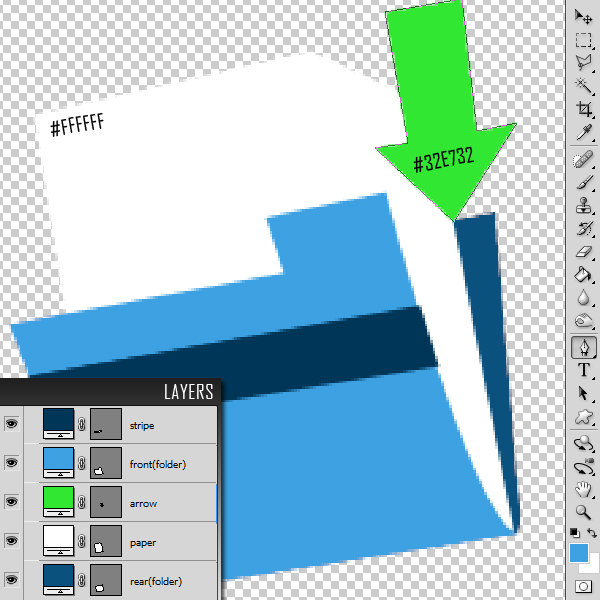 Add the following layer styles to the front part of the folder. Lower opacity to 90%. 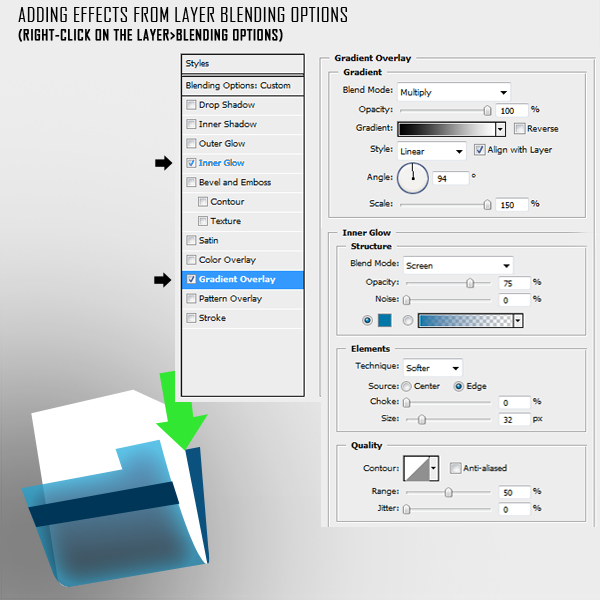 Add the following layer styles to the Paper. Lower the opacity of the layer to around 90-95%.

Add the following layer styles to the Stripe. 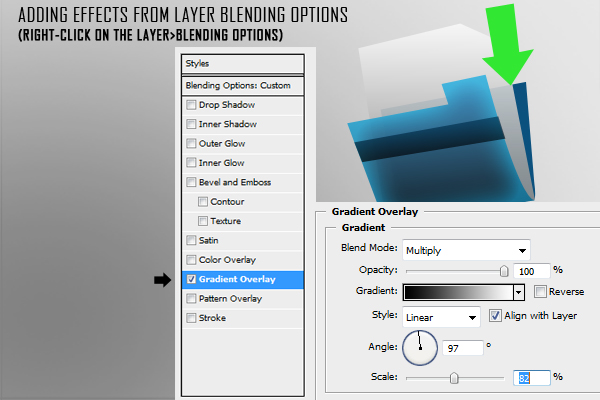 Add the following layer styles to the rear part of the folder. 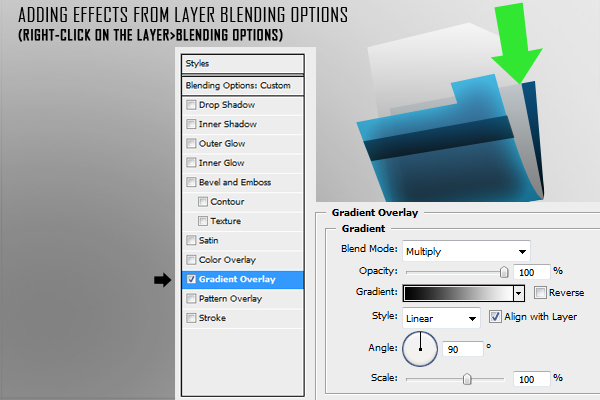 Add the following layer styles to the arrow. 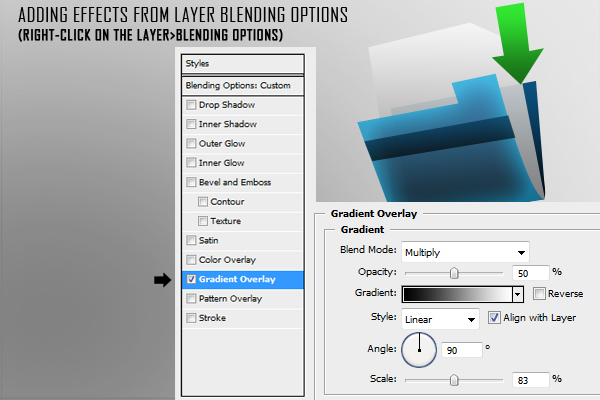 Add a new group named "refs." Use the pen tool to draw reflections as shown. Make sure you draw your shapes as paths instead of shape layers (see arrow). After you have closed the path, right-click on the workspace and choose "make selection" (feather 0). Pick up a big brush (master diameter around 470, hardness 0) and brush round the right part of the selection as I did creating a white reflection. Change the blending mode to Overlay and reduce the opacity to 63%. 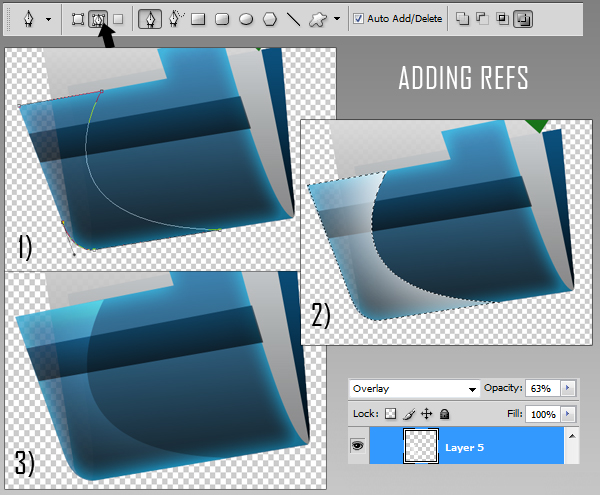 Create a new group named "margins," create a new layer in it (Command/Ctrl + Shift + N). Adding highlights on the margins emphasizes the effect of the 3d icon. Use the pen tool to create the stroke lines around the corners and all the margins of the folder, paper and arrow. Then, right-click on the workspace and choose stroke path - brush. The brush settings must be changed to 8 px master diameter, hardness 0.

Create a new layer (Command/Ctrl + Shift + N) for shadows and place it into a new group (Command/Ctrl + G). Make selection as you did in step 5 for creating reflections. Fill the selections with black and then blur the margins using the blur tool. If the shadows look too strong, it means that you must lower the opacity of the layer to 40%. 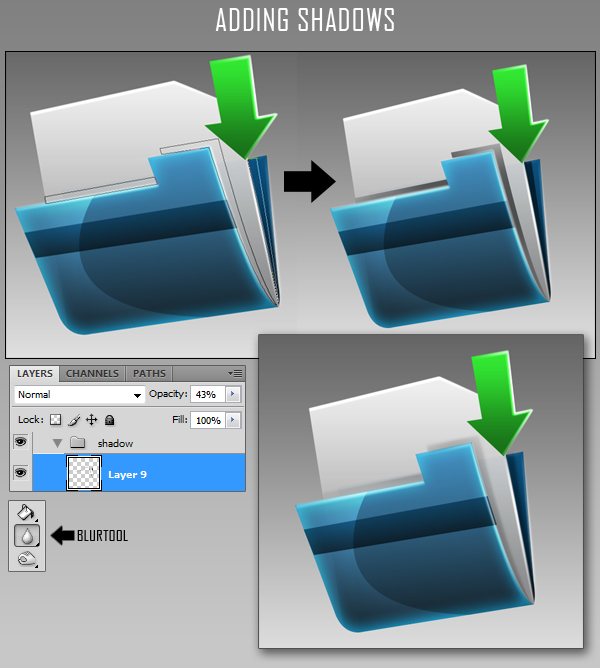 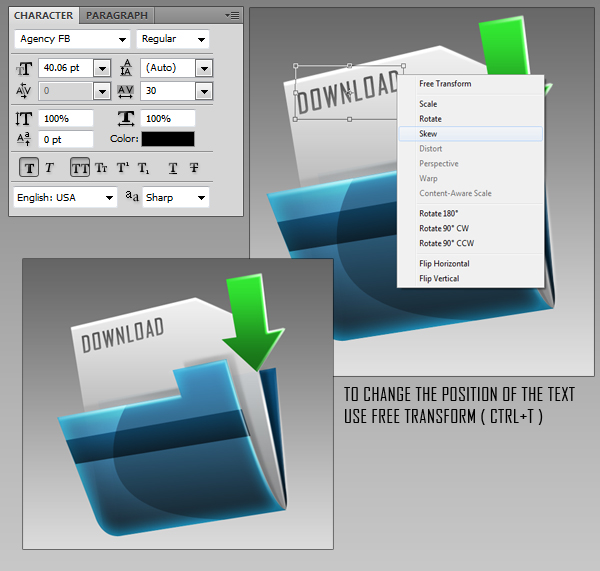 Add some more reflections to the paper using the same techniques we demonstrated in Step 5. 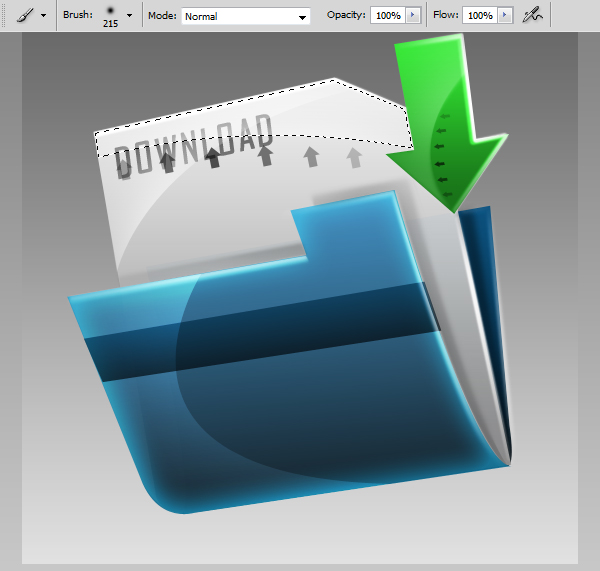 Add a shadow using the ellipse tool (E). Draw an ellipse as shown and add a slight motion blur. Reduce the opacity to your liking.

I hope you enjoyed this tutorial. I added some additional icons that I created using the same techniques below. 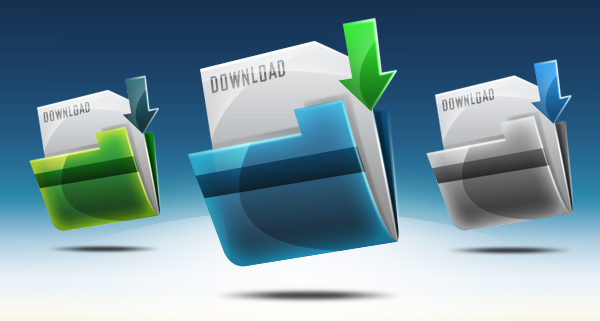 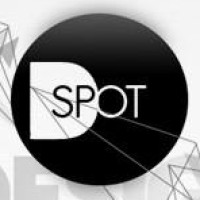