In this tutorial we'll see how to automatically define a Photoshop Brush through an Action. Using a shortcut we'll be able to Save a Layer and/or a PSD document into a perfect and clean brush ready to be used in our projects. This Action is useful because it allows you to save time during the definition of a Photoshop Brush and put together a versatile brush collection. Let's see how!

Brushes are incredibly useful when it comes to grunge effects, silhouettes, paint effects, bubbles, stars and more uses. Sometime ago a friend of mine asked me how can I have such a huge collection of Brushes and Shapes in my Photoshop. I thought of the time I spend in saving a PSD or a Layer as a Brush.

Well I don't spend much time on this. This is because I created an Action which transforms a Layer into a Brush and does the job for me, which saves a lot of time.

First, I'll explain to you how to create the Action we're talking about through an example and then I'll show you another sweet application.

For this tutorial I used this nice photo of a set of buttons (thanks nkzs), and some really cool silhouettes uploaded by a mzacha at sxc.hu.

Let's start by opening the buttons set in Photoshop and visualize the Actions Panel via Window > Actions (Alt + F9). This panel allows you to record some events and then to apply them by pressing a Shortcut: that's what is called Action (IMO that's awesome). Think of all the work you must do frequently: you can record that process and repeat it...the software does the job for you. Let's see how the Actions Panel works (look at the image below):

There are some Default Actions in Photoshop: if you never opened this Panel do some experiments by just pressing the Play button on an Action. Notice that everything the Action does is also recorded in the History Panel. That could be dangerous because if the Action is very long and includes numerous events, then it's possible that you can't restore your original PSD file to the previous status. Just some suggestions to avoid this:

These last ones are just useful suggestions to know about Actions, but not really necessary for this particular tutorial.

After this short introduction to the Actions Panel, let's begin the real tutorial. Let's suppose that we have a document with many Layers or, such in this case, an image on which we want to create new Brushes. Now, rarely would we need these buttons as Brushes, but I thought this source image was perfect for the exercise and as a demonstration. In this situation the usual path which should allow you to create a New Brush Preset is:

Well, let's say you need about one minute to do this procedure for every single Layer that you want to Save as a Brush: it's too much time! In the next steps we will record this definition of a new Brush and we'll be able to apply it to every Layer we'll want now and in the future.

Before recording our Action we need to isolate one button, just as a dummy object, nothing more (you could also use a white Layer). Using the Elliptical Marquee Tool select one button, then Command + J to duplicate it here in this document directly on a New Layer. 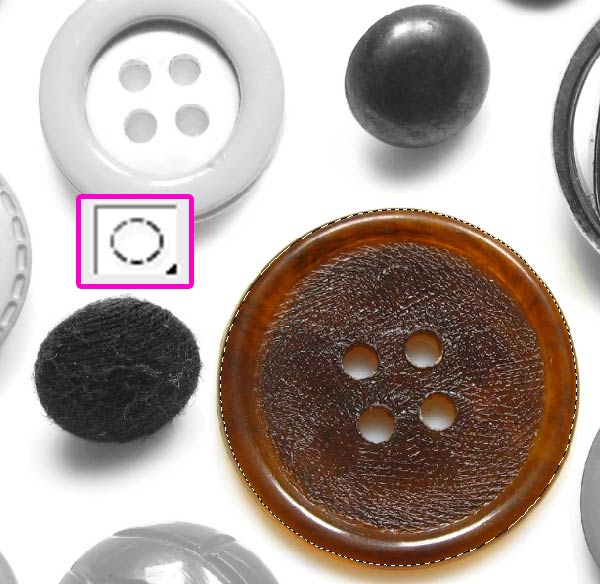 Now in the Actions Panel create a New Set (Special Actions) click on New Action, name it Auto-Brush and choose your favorite shortcut (I choose F11) and then click Record in this Dialog Box. From now on take care with what you're doing since everything is being recorded: if you make a mistake press the Stop button, Delete the unwanted step(s) and then click the Record button again to restart recording the Action. Proceed carefully! 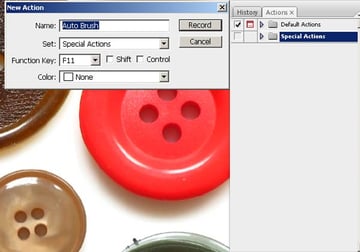 Right-click on the Layer's thumbnail (button) and Convert it To Smart Object. Yes that is a Smart Object: we can Open it a New Document which is the exact Size and Resolution of the button's Layer by Double-Clicking on its thumbnail. The opened document is "button.psb". Often check if you're really recording! 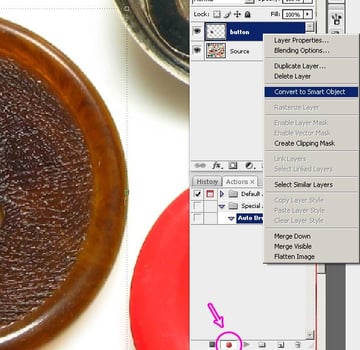 Now this step is optional: apply an Auto Levels adjustment to adjust the contrast pressing Command + Shift + L. Since the Brush will be in greyscale, it's important to have the maximum contrast to obtain a better definition of the stroke and the image details. 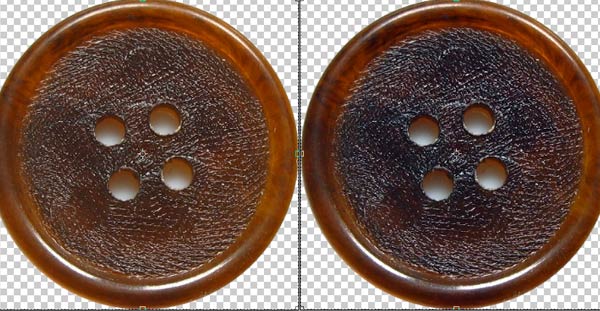 Now go to Edit > Define Brush Preset... and call it Auto Brush, then click OK. Why Auto Brush? Because we're recording an Action which is generic so also the name of the Brush has to work with that. Finally close "button.psb" without saving (Just click NO in the Dialog Box). If you applied the Auto Levels it's very important not to Save because we don't want to modify the original Layer. 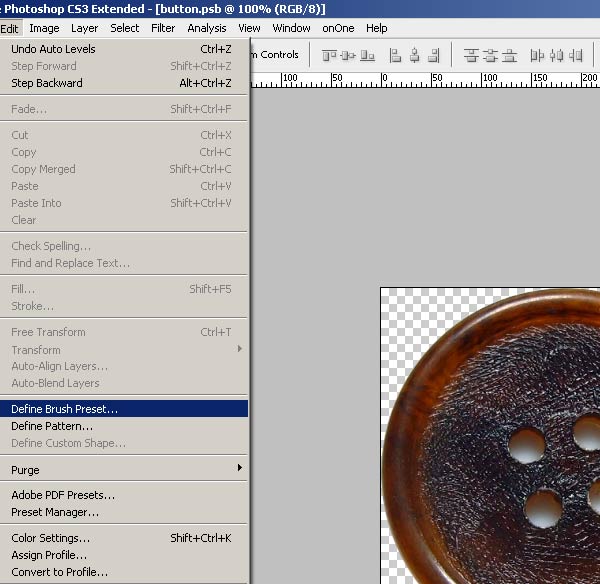 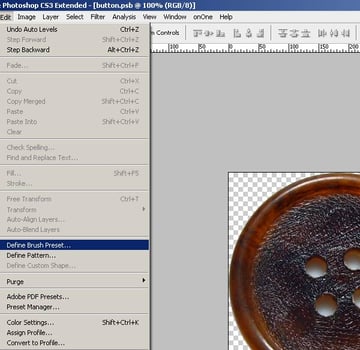 Right-Click on the Layer's name and choose Rasterize Layer. The Layer is exactly as it was before. Finally Click on the Stop button in the Actions palette. 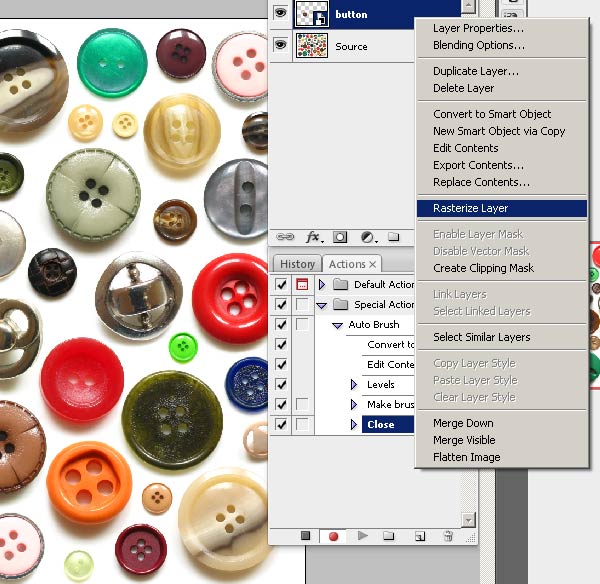 We have a new Brush in our set! Now imagine a normal situation which you're working on a document full of dozens of Layers. Let's imagine that we want to Save as Brushes some of those Layers. Now with this Action it becomes quick and easy. 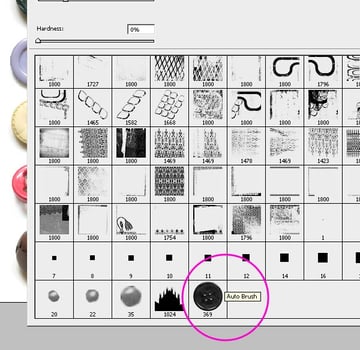 Do you really feel you want to do that more than once? I'd skip and not save anything as a Brush because it's time consuming. But with this new Action we just created just press F11 and a Layer become a Brush! Perfect and so fast! Think about all the Layers you just touch during a project: everything can be saved as a Brush quickly.

If you're asking yourself: "Why not just going to Edit > Define Brush Preset? Why do I need this Action?" Well it's because everything behind it will be saved within the Brush...and that's bad! It is absolutely necessary to isolate the Layer or you'll just have a big Brush with all your document inside and not the Layer alone! 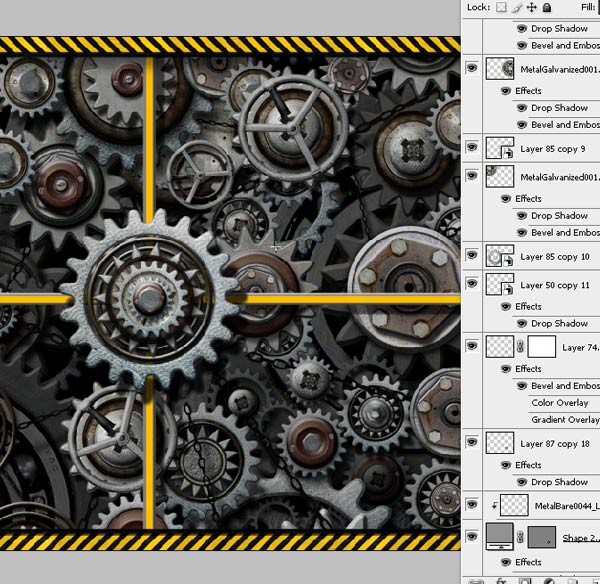 We created these gear Brushes in seconds. If we change our mind we can always erase a Brush from the set by Alt-clicking on the unwanted Brush. A pair of mini scissors appears and we can erase one. I strongly suggest to do this frequently to keep your library clean. If you get used to this Action you'll have an outstanding set of Brushes in a very short time, without any waste of time while working on your projects.

Another advantage of using an Action is that we can apply it to a Batch of stuff. Let's suppose that we have some of mzacha' silhouettes opened in Photoshop. Each one in a single document. Let's see a fast way to Save them all as Brushes in a few clicks, while avoiding clicking F11 for every document. Yes, because we're lazy (I mean efficient). 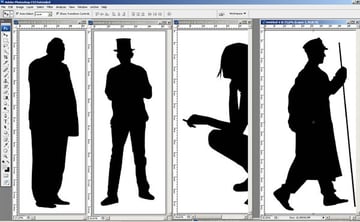 The fastest way is to use the Automate Tool is to go to File > Automate > Batch. 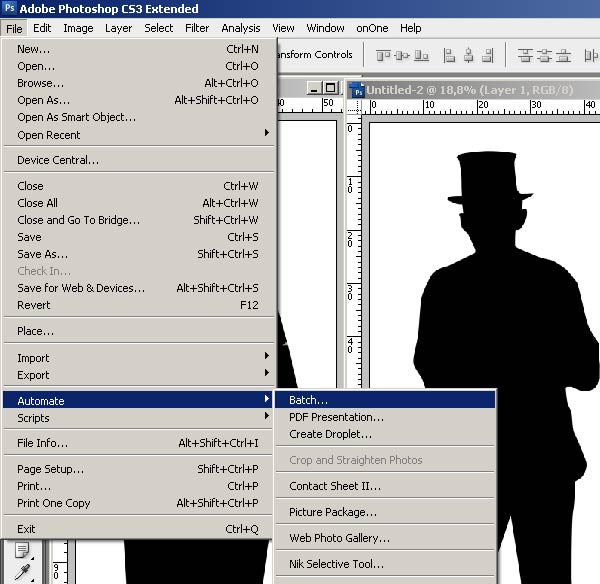 We just need to apply these settings and...

done!! A lot of new Brushes added to our collection!! But I want to underline that this Action is mostly useful while working: saving new Brushes is so fast and easy! By just opening images in PS, and then Automating the Auto Brush Action, it will save you a lot of time.

If you want to apply actions to other activities you do in Photoshop, then review the tutorial "Batch Editing and Automated Processing in Photoshop" here on Psdtuts+ 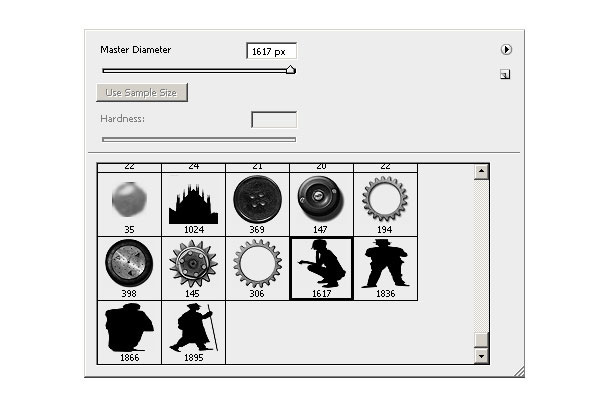 Gianluca Giacoppo
Hi my name is Gianluca Giacoppo, I’m a Graphic Designer / Photomanipulator. I’ve knowledge in web design, communication design, skills with Adobe Photoshop and the photomanipulation process. In my Portfolio here you can find a bit of everything: illustrations, templates, GUIs, Mock-ups, Photoshop Actions and Styles.
Giallo_86
Download Attachment