23 Awesome Examples of Design as a Force For Good

While design is too often used as a means to persuade us to buy, buy and buy some more, it is less often but more importantly used as a means to communicate positive messages and encourage action. Here we showcase 23 examples where graphic design has been used not to sell us products we don't need, but instead, to fight poverty.

The Red Cross foundation in Pakistan used this ad to encourage donations for those who needed support during the winter. 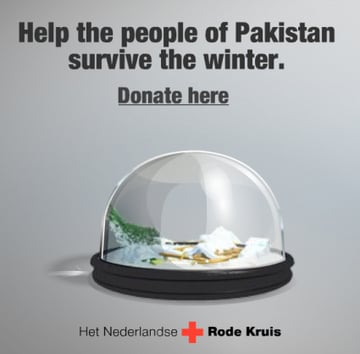 This is a general ad from the Red Cross aimed at trying to get the younger generation to help those less fortunate. 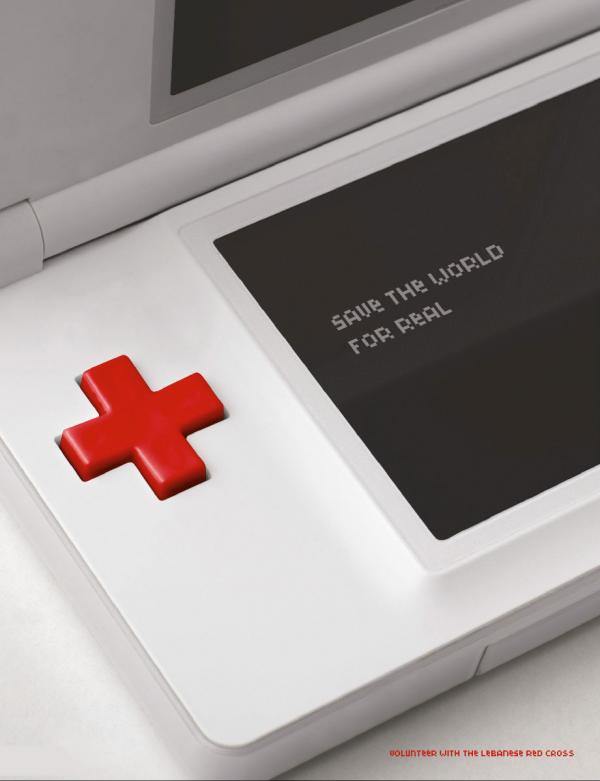 To help raise awareness about child labor, the Dutch House of Parliament created these ads on revolving doors. 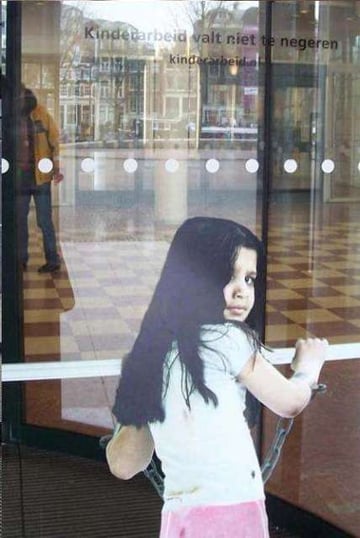 Here is a creative advertisement that was placed on the underside of trash can lids that reads; "Help. So that no one has to come here food." 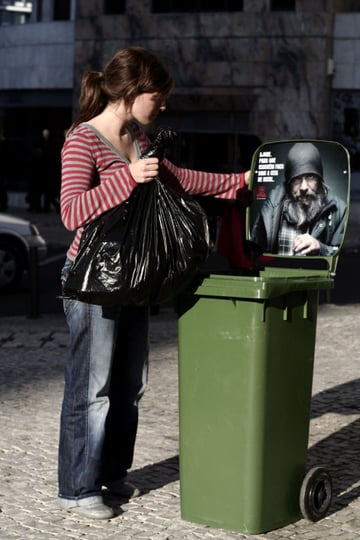 These stickers were placed around the United Kingdom and read; â€œYour Trash is someone else food.â€œ 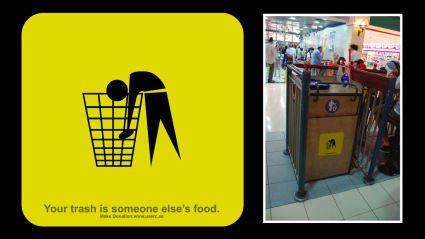 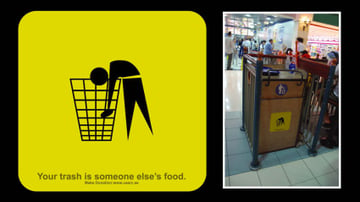 In order to help get kids off the streets these floor advertisements look as though there is a child stuck under the street. The ad reads; â€œHelp a child escape the streets. Donate to our children's villages in Brazilâ€œ

A billboard used in India to help raise awareness of the rising growth of homelessness there.

Another super creative ad by the salvation army to help gain support for their fight on homelessness in Brazil. 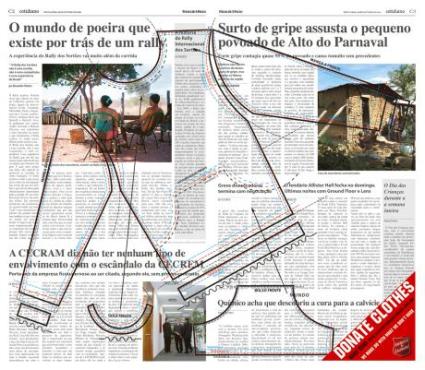 10. Homeless in the United States

Homelessness isn't just in other countries. This ad was placed on trash cans around the US. 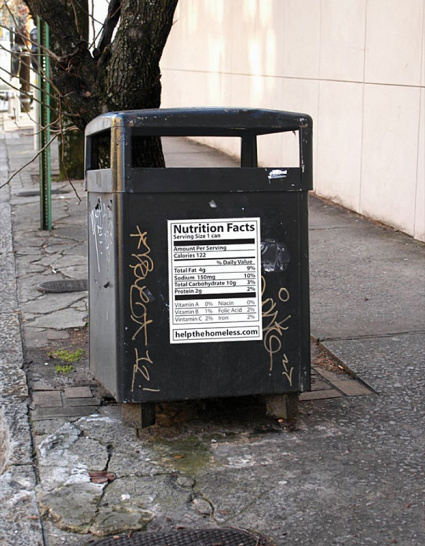 This ad reads; â€œFreeing them from malnutrition and poverty is in your hands. 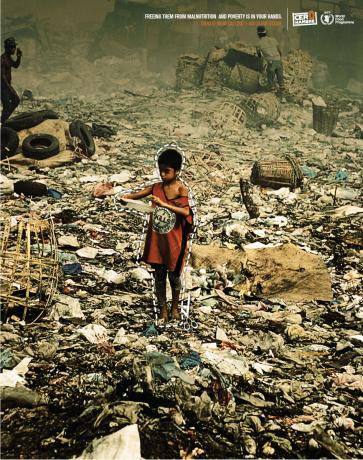 This origami jacket is made out of a personal check. The ad reads; â€œClothing. Just one of the many things your money helps provide to those in need.â€œ

This is a unique bag advertisement in Berlin to promote the need for support with child hunger. 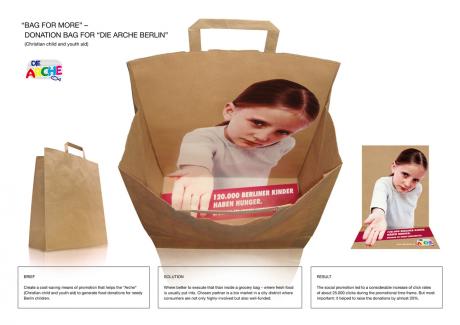 An advertisement design to help raise money for refugees. 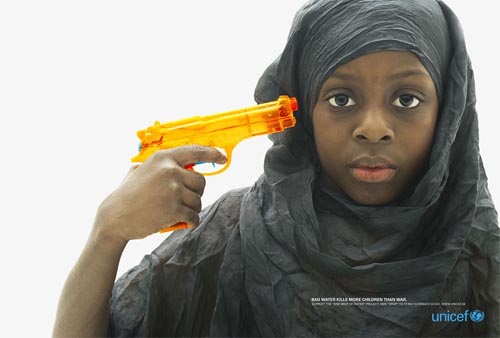 Another trash can ad to help raise awareness about the homeless. The ad reads; â€œFor the homeless, every day is a struggle. Donate today and help us feed the homeless. â€œ 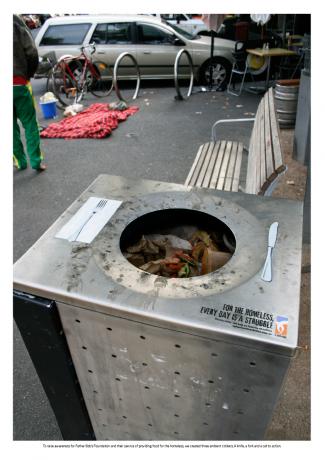 The ad is actually made up of pictures of homeless people in Denver. The images were removed once each person was helped. 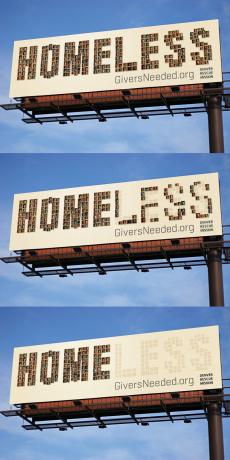 19. National Coalition for the Homeless

A creative advertisement the uses a coffee cup lid to look like a homeless persons change cup.

20. Association Against Poverty in Belgium

A startling ad used in Belgium to raise awareness of poverty. Ad reads; â€œHaving to count your pennies every day isn't fun.â€

This advertisement is designed to get people to donate money to help build refugee camps. The ad reads; â€œThis is where I was when I helped building a refugee camp in Pakistan. â€œ 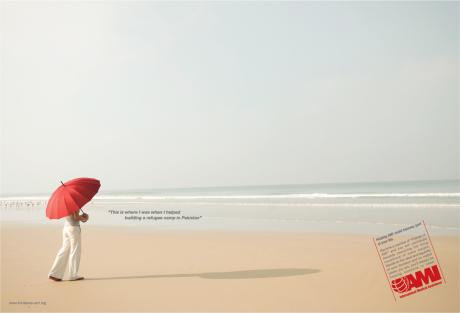 The goal of this advertisement was to get people to donate their old clothes for the homeless. The ad reads; â€œAny old clothes will do. â€œ 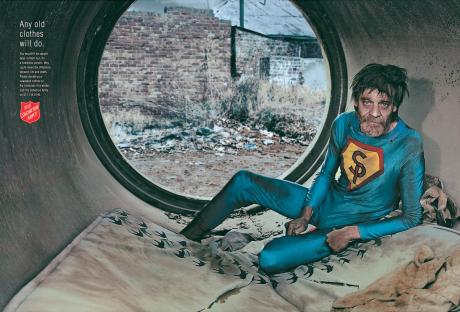 Another advertisement to promote homelessness. The ad reads; â€œToo many people eat on the streets. â€œ

If you enjoyed this post and would like to support Blog Action Day, please give it a Digg. Thanks!