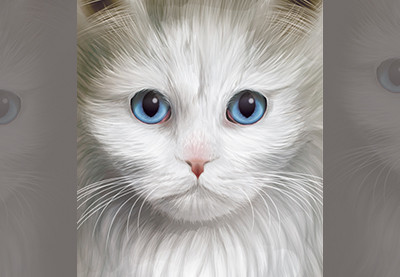 3.1 Create the Nose and Ears

Learn how to add the shading and detailing for the nose and ears for our cat portrait.

3.1 Create the Nose and Ears