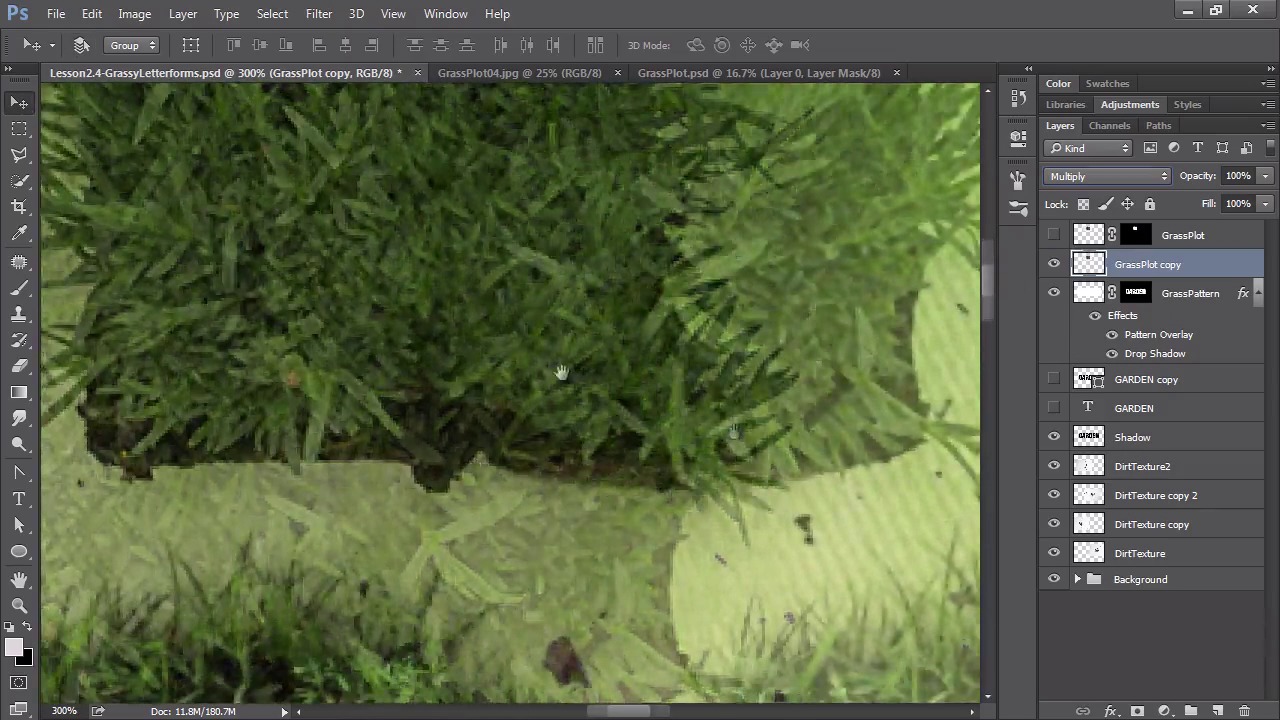 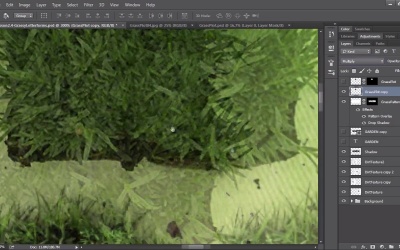 In the final lesson for the grass text effect, we add some additional photo elements like dirt, flowers, and edging to further enhance the illusion of reality.