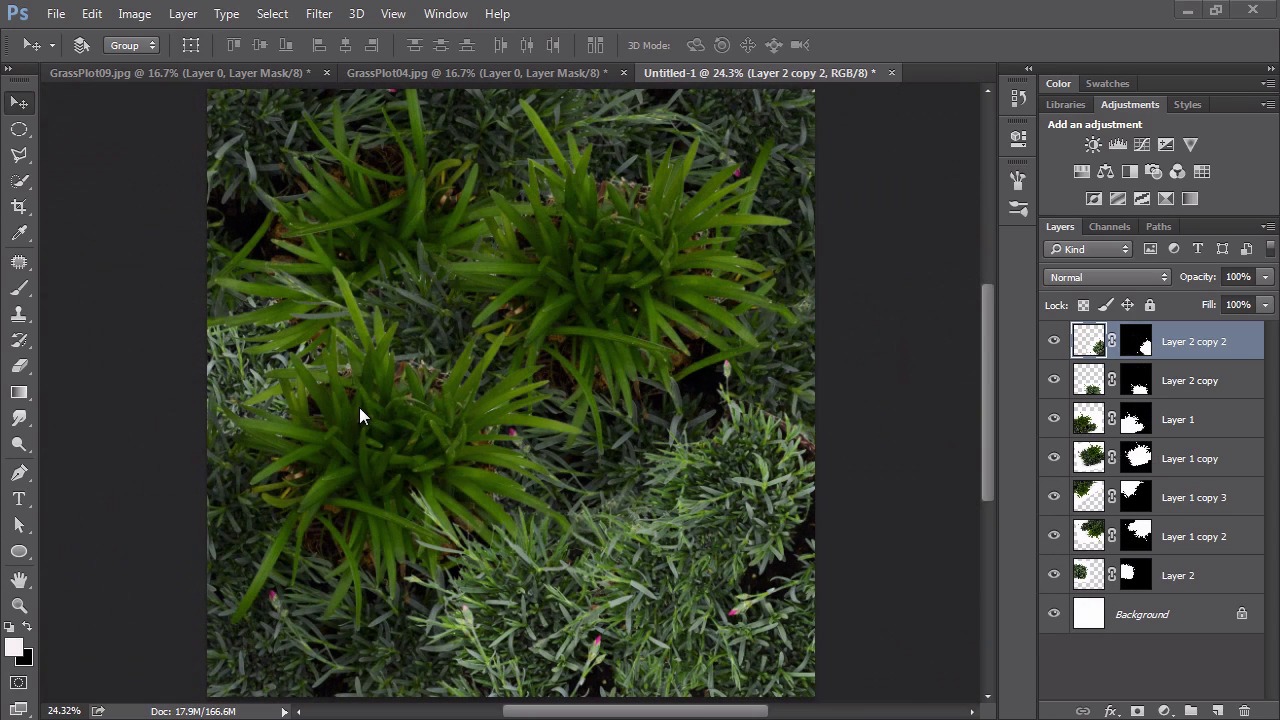 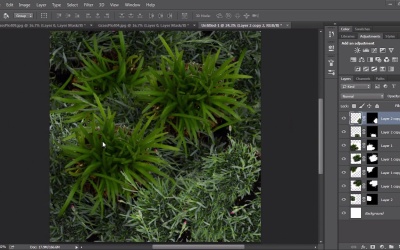 The first step in generating our text effect is to create a seamless grass pattern out of our stock images. This involves layering several photos together, making them blend with each other, and creating a seamless tile of grass.