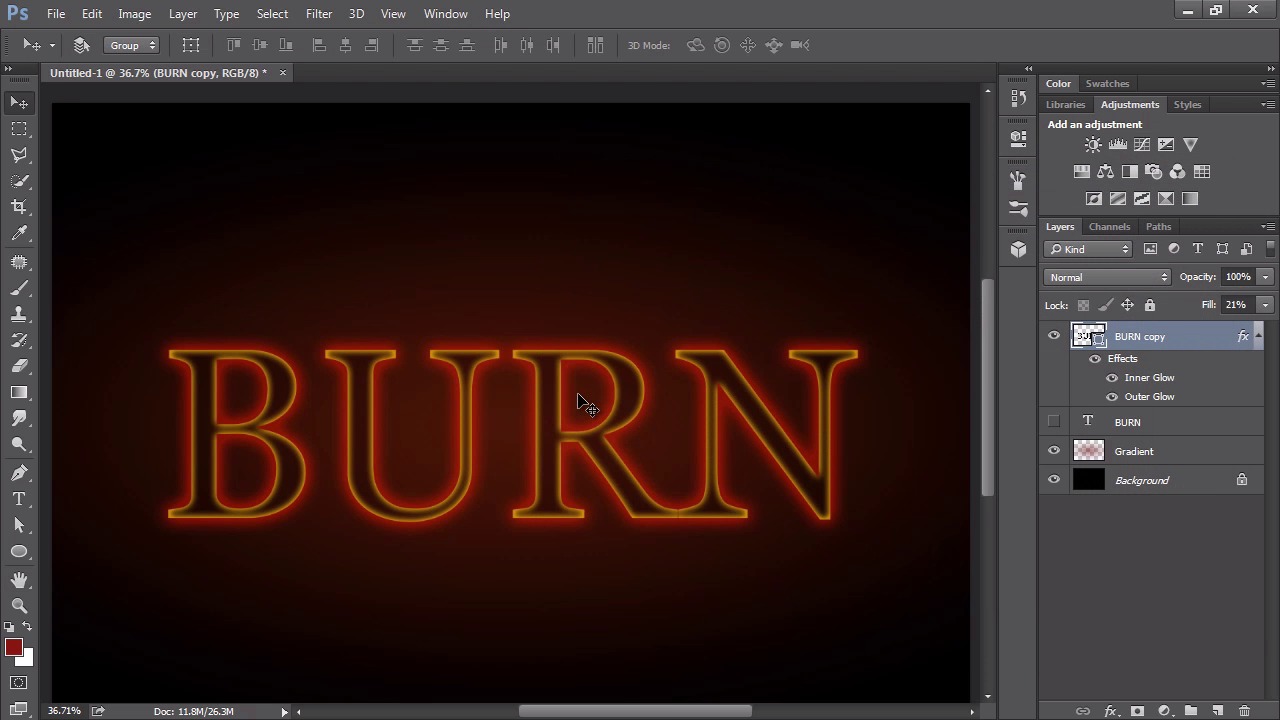 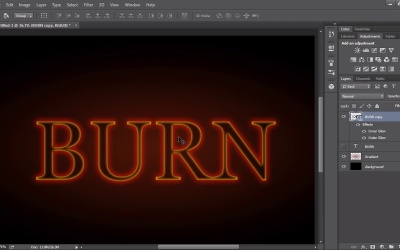 We will begin with the customary analysis of source materials, which are photos of fire. Then we’ll continue with illustrating text that appears hot and glowing.