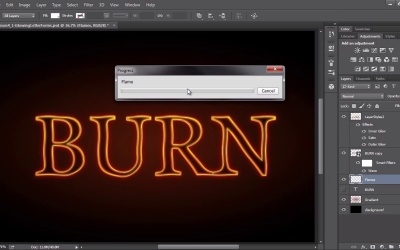 Photoshop CC2014 includes an amazing new filter, Render Flames! It turns out it is perfect for creating flaming text effects. This lesson will walk you through how to use this exciting new feature.