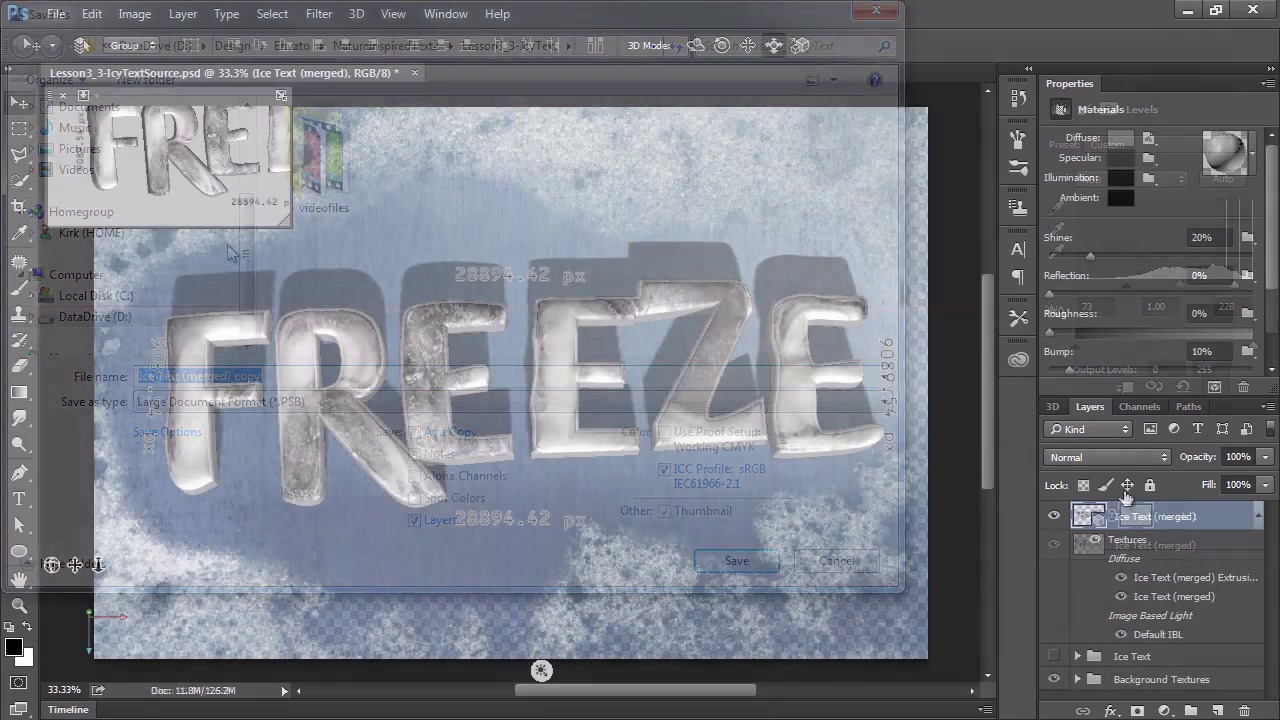 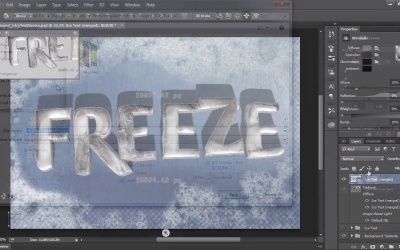 Now let’s venture into the exciting world of 3D in Photoshop as we transform these letters into blocks of ice and use some custom texturing to create the semitransparent effect.