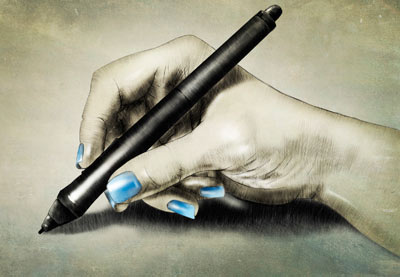 Let’s get familiar with the feel of the tablet by using it as a regular pointing and navigation device. We will review the default properties, and discuss how to map the drawing surface to the screen, change the device to left-handed, and use the touch commands.