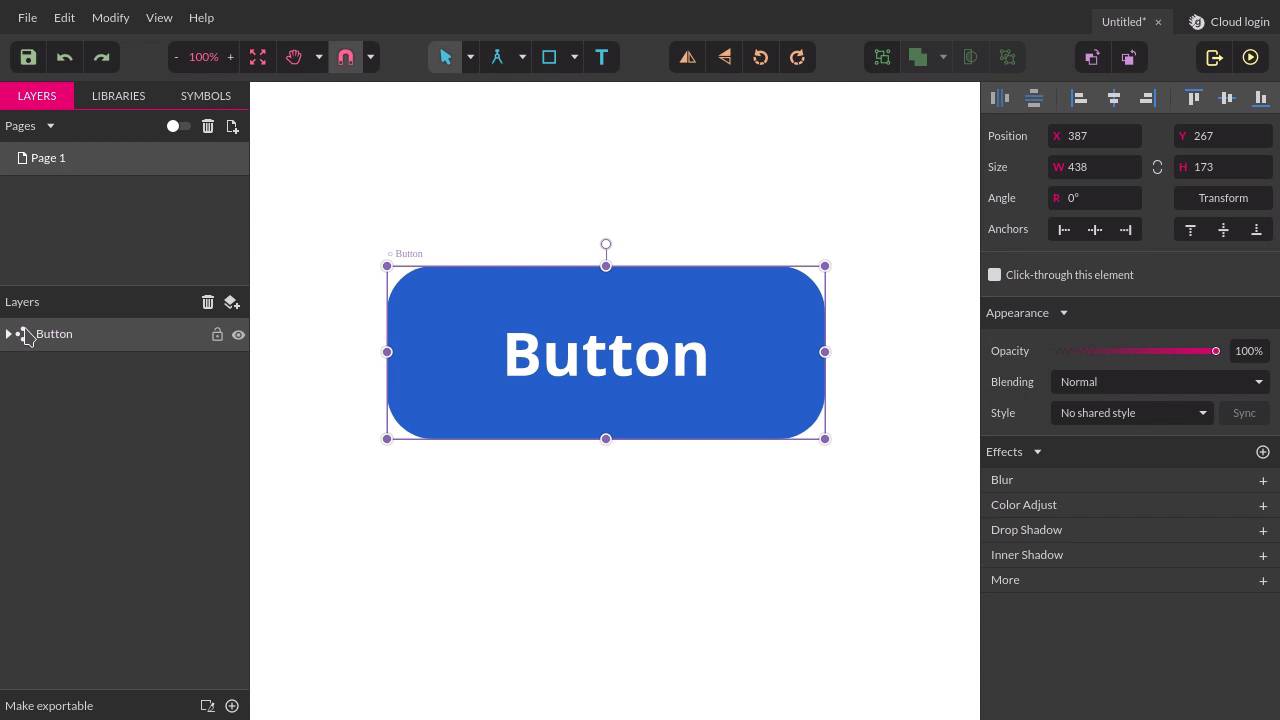 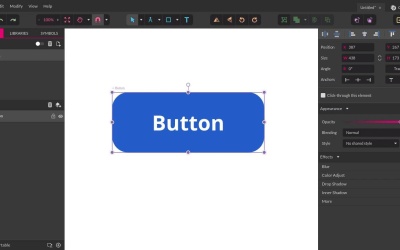 Symbols give you a way to easily store assets you’ve created for reuse, as well as the ability to simultaneously update each instance of the asset used in your document. In this video we’ll step through how to use Gravit’s symbol system.

Hi, welcome back to Gravit Designer quick start. In this lesson, we're gonna be checking out the symbol system in Gravit Designer. Now this is a really, really awesome way to create reusable assets that you can place over and over in your design. You also have the ability to update your original asset, and then have all of the instances, or the copies of your asset update in real time. Let's go through a quick example. Let's say you're putting together a UI, and you need to make a button. So we're just gonna do a basic, kind of standard, kind of boring, just kind of button. We'll give it, let's say, a blueish background. We'll draw out a text box to hold the button text in it. Just like before, we're gonna use this box to align our text inside this button, change it to white, and we'll increase the white so that we have bold text on here. So there's our button. Now, every time we want to make a new copy of that button, we could just grab what we've done and duplicate it over and over again. But then any time I wanna make a change to the styling that I'm using in my design, I've gotta go through, and I've gotta individually change each one of my buttons. That's kind of a painful way to go about things. Instead, what I can do is grab my button, right-click it, and choose Create Symbol. Get the opportunity to give it name, we'll just call it button. And you can see here on the left, these two items have been grouped up, given the name button. And you can see this four dot symbol here, which represents a symbol. We've still got the same text and rectangle inside, But it's grouped up inside this symbol. Now, if we look in the Symbols tab here, we can see the button that we just created. And now, I can drag that button out and place it onto my canvas as many times as I want. Now, you'll notice here that this second and third copy of this button, on the right here, you see it says Button (instance of Button). But if I click this first one, you don't see that any longer. That's because this is the original source of these duplicates. So what I can do if I want to change all three of these buttons at once, I can just edit this original button symbol. So let's say, for example, I wanna give the button a different color. I've decided I don't like this blue anymore, and I wanna switch it over to a lighter color, for example. You can see there that as I changed the color on the background, all three buttons are updating simultaneously. So once again, that's a fairly quick lesson to cover this topic. And that's just because the system is actually really straightforward to use. But it's very, very powerful, and there are massive efficiency improvements that you could gain from utilizing it in your designs. In the next lesson, we're gonna be looking at the anchor system in Gravit Designer. The anchor system let's you decide how an element is gonna position and resize itself relative to its parent. This is actually really useful in combination with the symbol system. And it can let you create a kind of almost responsive functionality when you're working on your designs. So we're gonna go through that in the next lesson. I'll see you there.