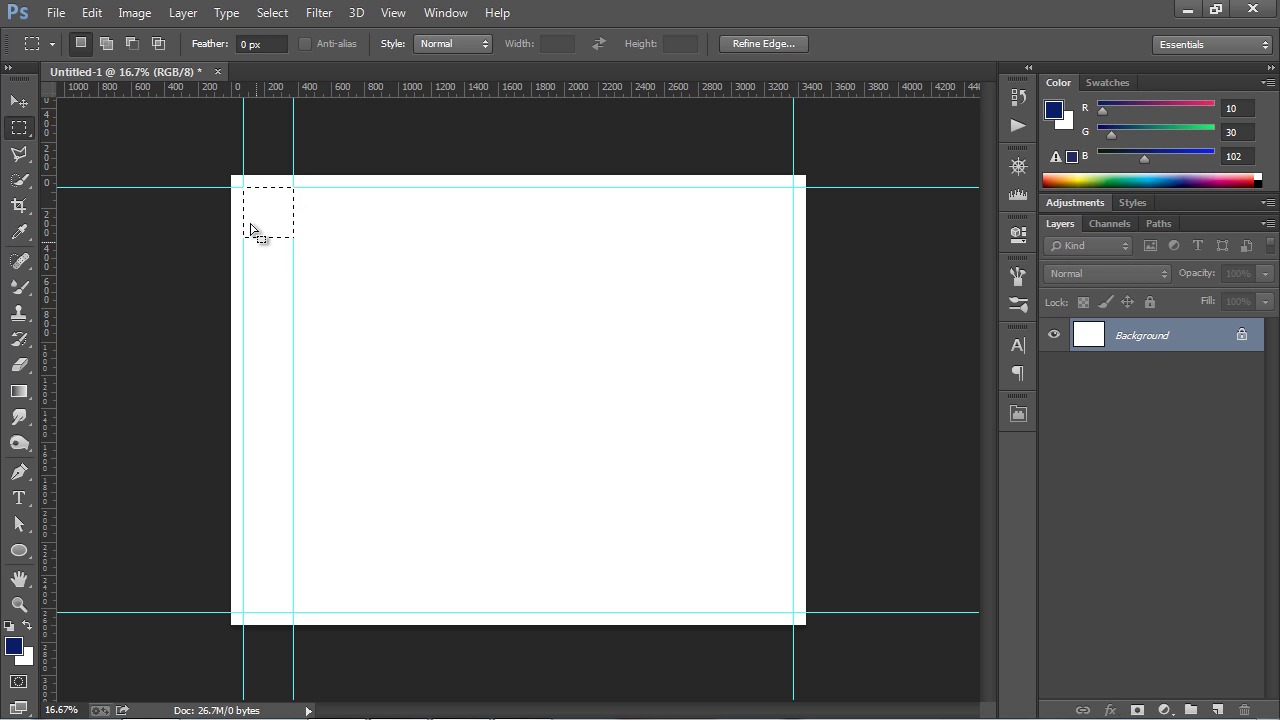 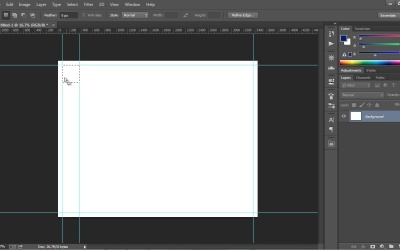 To begin the production stage of the project, we will set up our canvas, discuss technical requirements including DPI, bleeds, and title safe areas, and then develop a guide layer that can be reused for future projects.